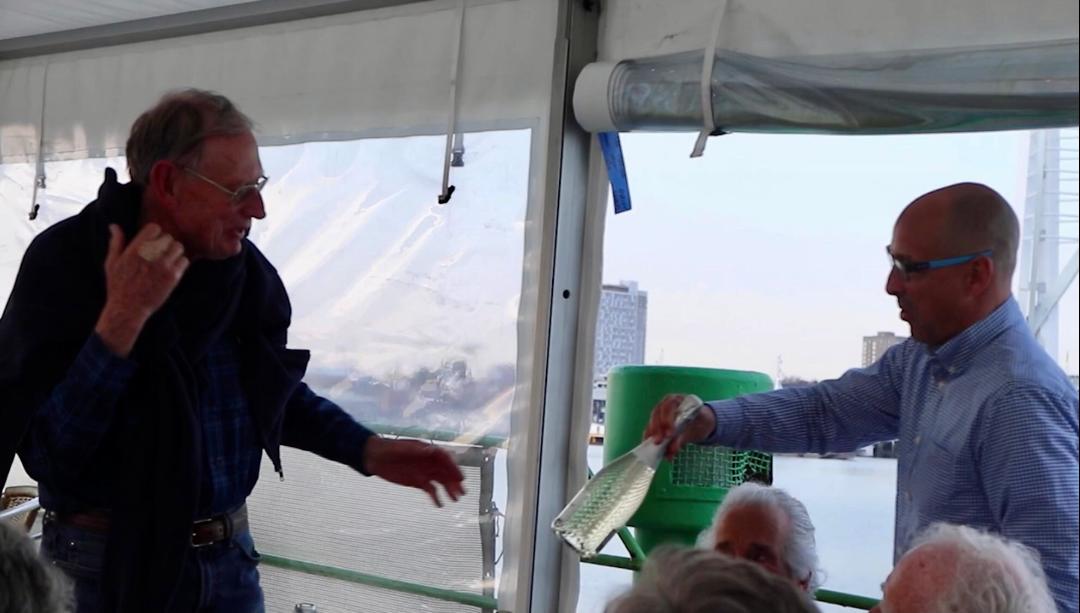 Here is Daniel Gerber’s report and link to a video about this annual event.

A total of four boats took part in this year’s Jack’s Trip. Given a very busy Solent on the Bank Holiday weekend and a forecast of light winds and sunny hot weather for the Saturday a course was planned in the Eastern Solent from Horse Sand Fort via Bembridge Ledge, Nab Tower and New Grounds back to Horse Sand Forts.
Very light winds forced us to shorten the course but even then only two boats, Sandy Lady (S: Jim Hamilton, C: Stewart Colley, Clive Mence) and Polaris (S: Daniel Gerber, C: Kathrin and Constantin Gerber, Ian Ramage, missing Chris and Suzy Balmbro) made it around the course. Marigold (S: Alan Green, C: Mike Lane, Simon Suter) and Barbarick (S: Howard Thatcher, C: Paula Thatcher, Garrie Mallen, Alastair Banks) admittedly did not make it around any marks but excelled in crossing the finishing line very close to the time prescribed in the Notice of Rally. All boats had to perform a “Man Over Board” manoeuvre under sail during the course, a task every skipper and crew accomplished on the first attempt and between 50 seconds and under five minutes.
At the Offshore Group Dinner on the upper deck of “the Lightship” at Haslar Marina with all crews now fully complete Marigold was well deservedly declared the overall winner of the day. After a round of self confessionary speeches by the skippers, the Seacock Trophy which honours the biggest “cock-up” (or series thereof) produced by a boat during Jack’s Trip, was democratically awarded. The participants unanimously voted Sandy Lady to win the prestigious trophy this year for losing a crew member into Beaulieu River on her return from Jack’s Trip 2019, for being late at the start line after being tide locked in Bembridge Harbour and for failing to take the spinnaker sail from its winter storage at home.
Jack’s Trip and the Offshore Dinner are open for participation to any Tamesis Member on their own or on a chartered boat or as a member of crew and we look forward to an even higher participation in 2022.
Click the link to watch the video on the event produced by Kathrin Gerber:
https://youtu.be/iio4AcHQnDw