In terms of wind for the penultimate race in the 2021 Saga series, the forecast was promising with a wind of around 9mph from the north or thereabouts, and that appeared to be the case when we arrived at the club. 14 boats braved the elements, with 6 Merlins, 5 Lasers, 2 N18s and a single Firefly, slightly down on the previous week’s 19 entrants but still a good turnout.

As it happened the wind dropped to not very much at all, and the top half of the fleet managed to drift around for 3 laps and the bottom for 2.  And it rained and we all got wet as well.

Still Andrew Harris and Matty Key showed us how it should be done by sliding gently around in his Merlin Point Break to beat the second boat to finish, the Merlin helmed by Ken Duffell and crewed by Matt Valentine, by 5 minute with another Merlin, skippered by Geoff Bayliss and crewd by his son Tom, close behind.  Ominously for those hoping to beat Matt P-J to the series win , he finished 4th in his Laser.

On handicap, Andrew’s winning margin was enough to secure the race on handicap as well, ahead of Matt P-J in the Laser and Ken and Matt 3rd.

Overall Matt P-J retains his lead and is unassailable.  However only 5 points separate the next 5 boats and with some high scores to discard, the race for the podium places is still on.

Despite the weather many stayed for a welcome drink and a tasty supper provided by the Horwitz team, including a spectacular pudding: 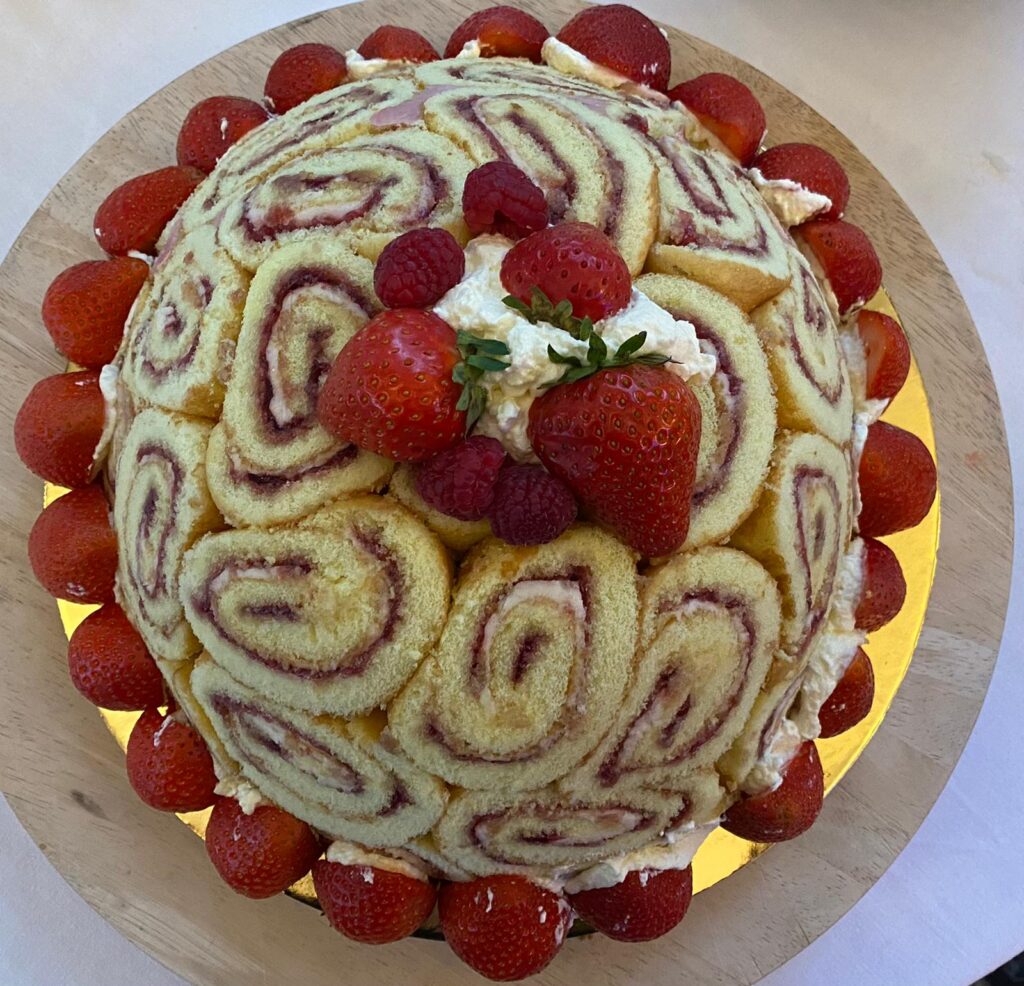 Thanks also to Richard Harris and his support team in the box and rescue boats.

Results to date are below: 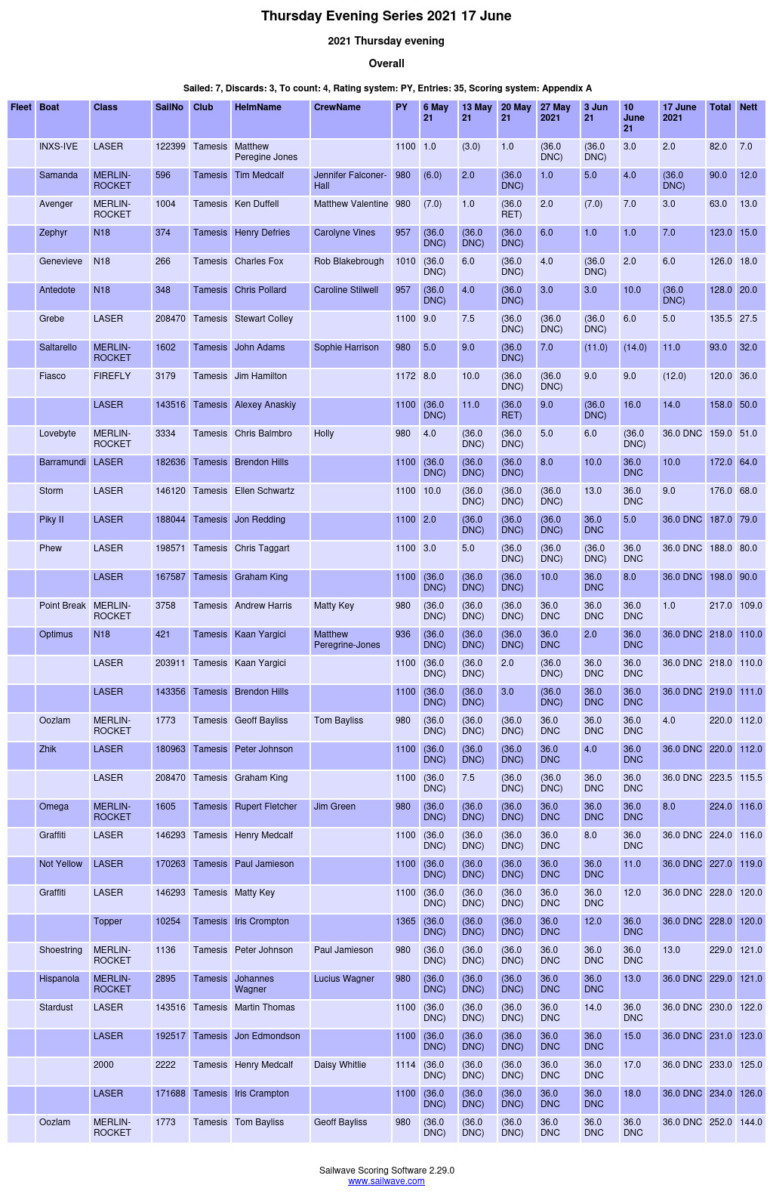