A river bereft of breeze, yet with a stream that had multiplied threefold in as many days, created some unprepossessing conditions for sailing.  The Tamesis Club fleets were not to be daunted however and good numbers sallied forth (in a manner of speaking) yet again.

Your correspondent spent most of his time on the water wrestling with some dinghy rigging that had seemed like a good solution on dry land, and is therefore grateful to Class Captains John Edmondson and Henry Defries for their insight into the Laser and N18 races respectively.

Nine Lasers took part and, following some close racing, Brendan Hills emerged as the winner with Chris Taggart and Matty Key as second and third respectively. 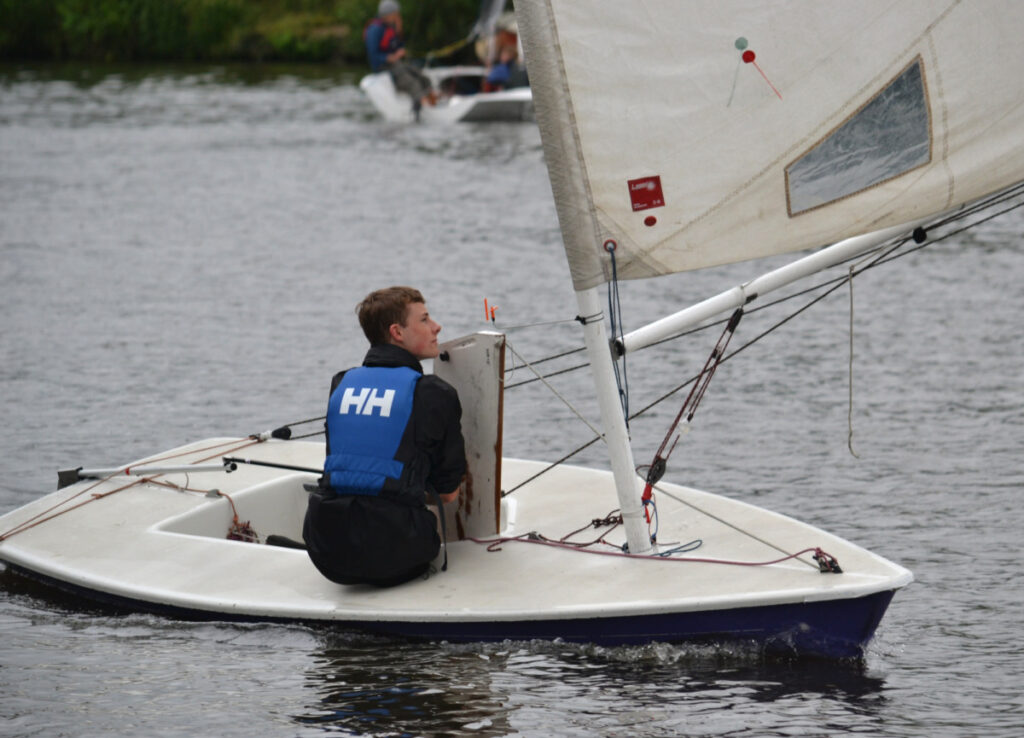 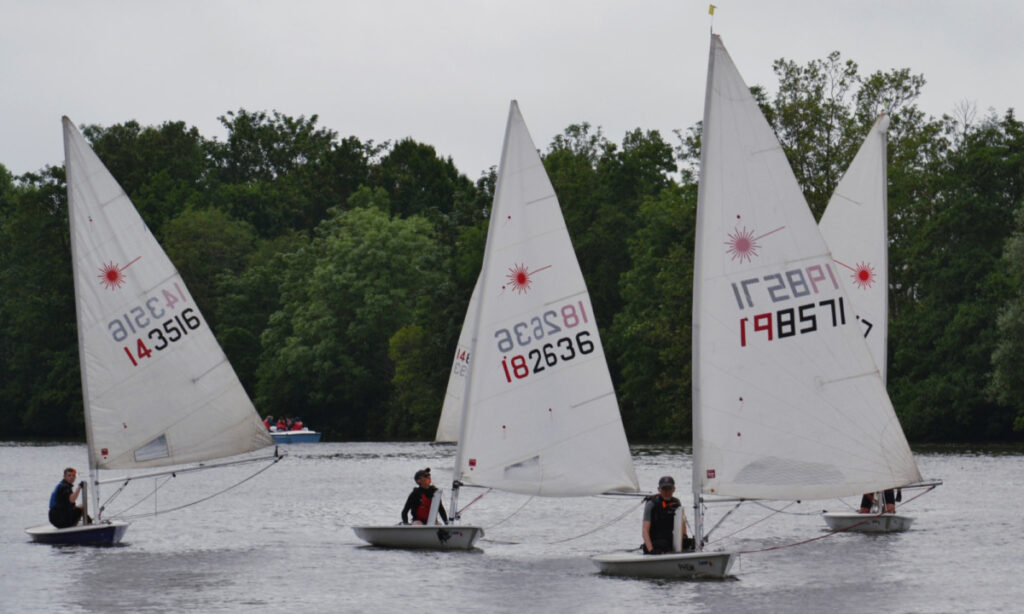 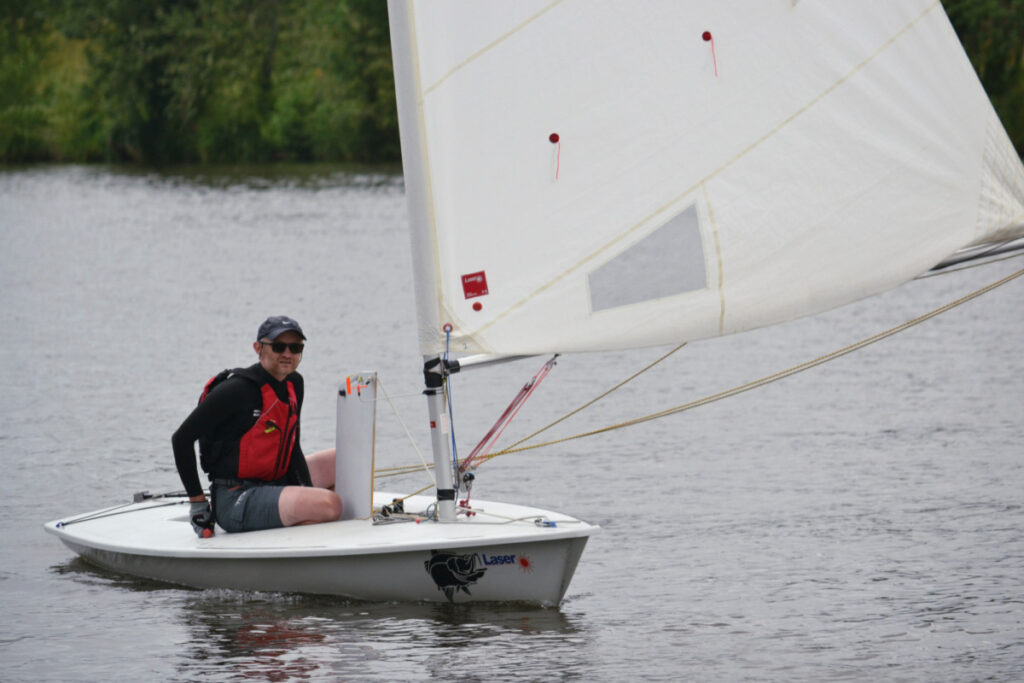 Three N18s joined the fray.  The conditions were entirely unsuitable and there was an inevitable rafting of N18s which impeded a few boats from other marks at the Lensbury mark.

In terms of the series so far, Charles Fox holds a slender lead from the Commodore Chris Pollard and Henry Defries who are level-pegging.  The fleet hasn’t has the best rub of the green in terms of weather and hopes that this will improve for the second half of the series. 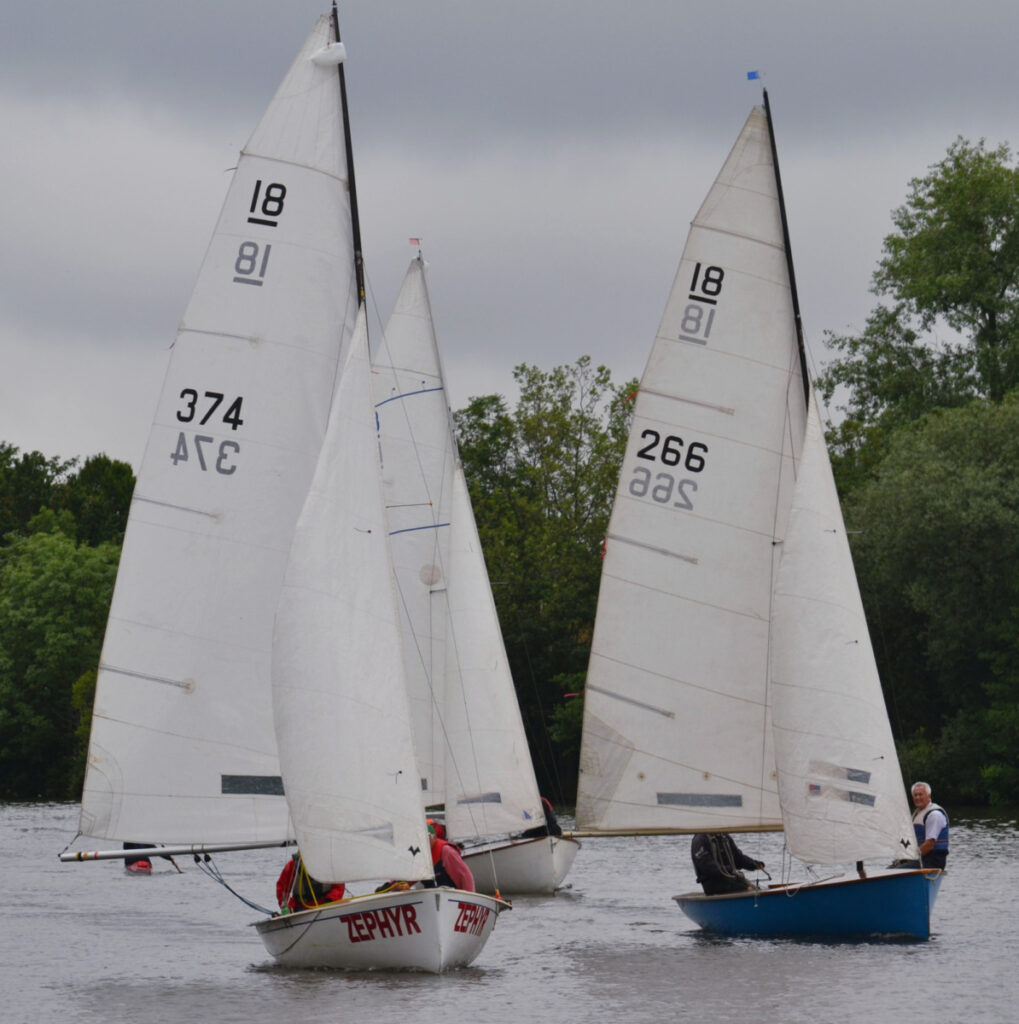 The Merlin Rocket fleet of eight ground around the course with Richard Harris and Peter Mason managing to break their boats free of a tightly bunched midfield from which David Baker and Jim Green eventually emerged in third place over all. 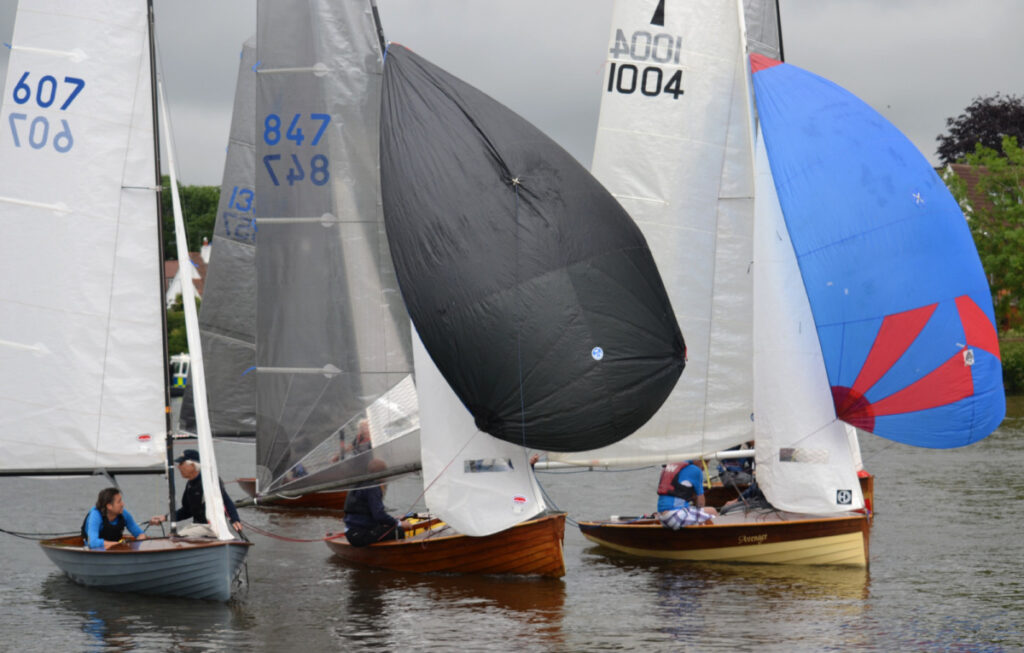 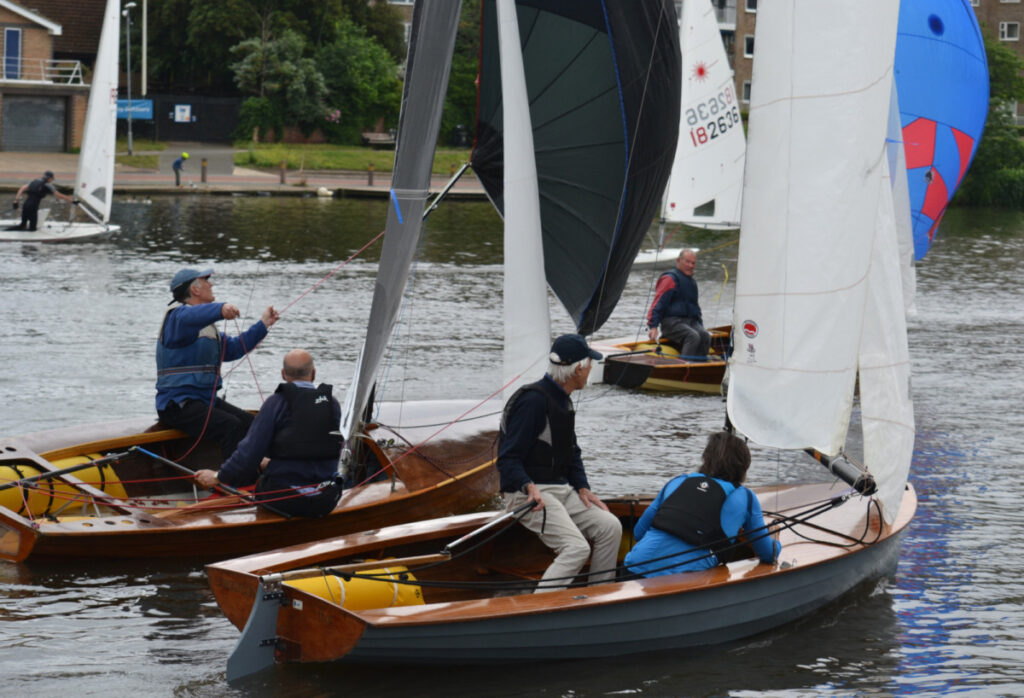 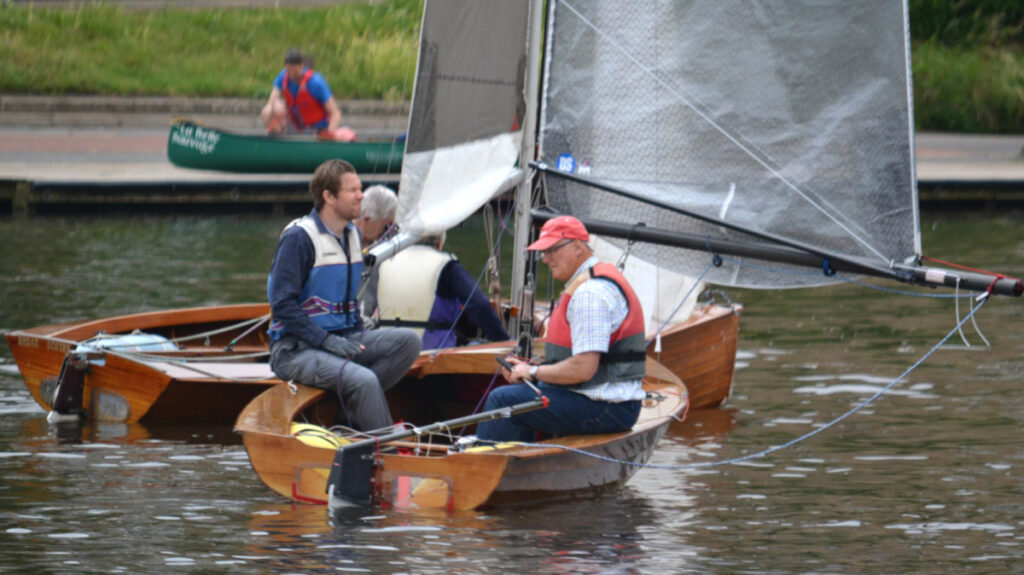 The Lensbury mark claimed a few victims who failed to head straight for the Middlesex bank after rounding and there were some extensive changes of position on the return to the Canbury end of the track.

Well done to Richard and Emma, Peter and Richard, David and Jim for filling the podium and to all others for sticking with it.

Thanks as ever to the box team, this week Andrew and Nim Harris assisted by Tom, and to Humphrey Dorrell and Ellen Schwartz for crewing the patrol boat.  Also to Team Horwitz for laying on another mighty BBQ and running the bar – always much appreciated by returning sailors and spectators alike.  Finally, thanks to Jonathan Key who continues to provide marvelous pictures that allow sailors to reminisce about the highs and lows of the day, and also check whether the boat was as level as they thought.

Looking ahead, Sunday 27 June see the running of the annual Cutty Sark Bolt handicap pursuit race and it’s junior version the Kempton Nut.  We hope for an even better turnout than the one we saw recently for the Centenary Cup.

The Cutty Sark Bolt race is distinguished by the fact that it is a long distance race which is fitting given the Cutty Sark’s epic voyages.  There is a rumour that there may also be catering of the type that the Cutty Sark’s crew would have enjoyed (it actually looks a lot better than you would expect) so please put the race in your diaries.

The juniors will compete for the Kempton Nut and will race over a slightly shorter timeframe.

All are welcome as ever and start times will be published on the website in the News section and also on the whatsapp groups.

There is a £5 entry fee (CASH PAYMENT ONLY, please bring correct change) for the Cutty Sark Bolt as it is a race that raises money for the on-going upkeep of the ship.