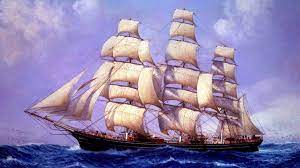 The second handicap pursuit race of the season turned out to be a cracker with a fleet of 19 boats relishing a long up/down-stream course which provided a run and a beat that were an enjoyable test in what proved to mostly be a nor’easter. 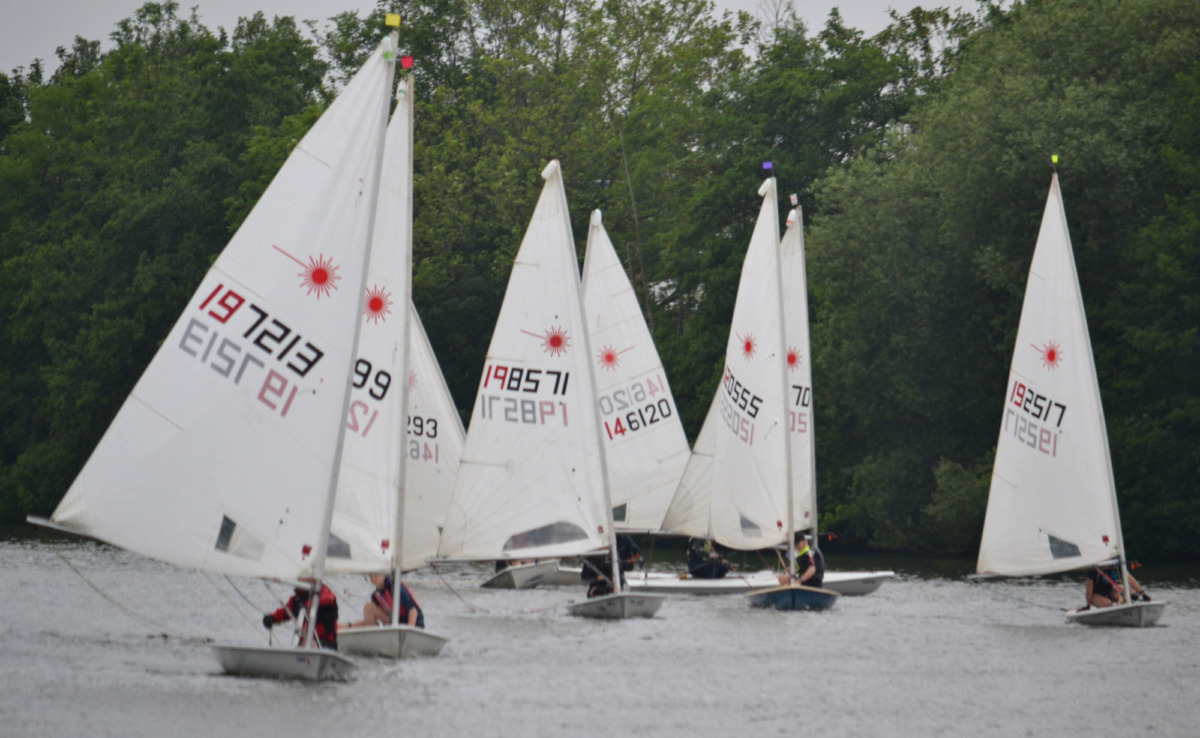 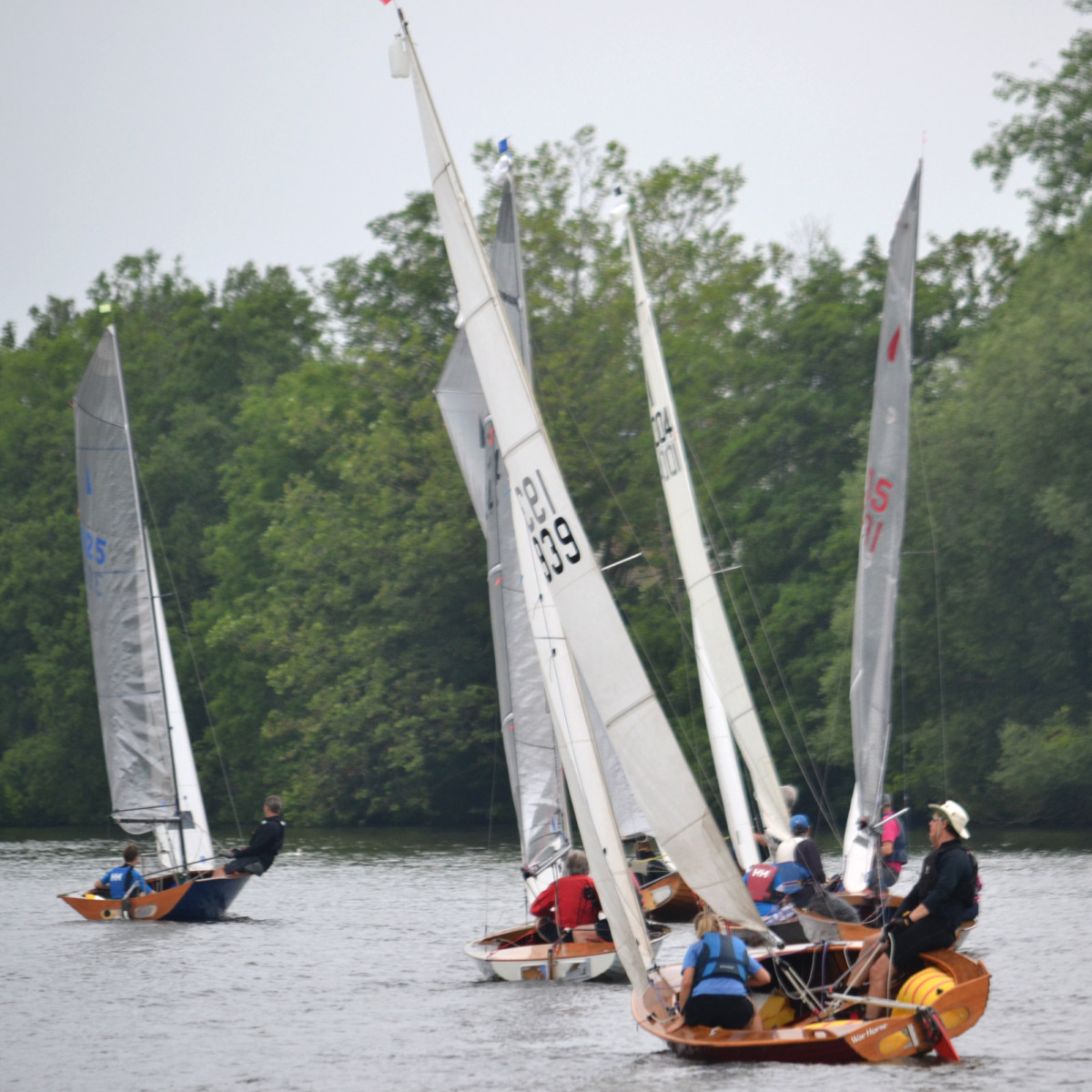 The Cutty Sark Bolt is raced, as the name suggests, for one of the original bolts that secured timber planks to the Cutty Sark’s iron frames.  It’s junior version the Kempton Nut is a competition to win one of the nuts that was replaced during the restoration of the historic steam-powered waterpump at the Kempton waterworks.

Maybe due to the orientation of the course in combination with the wind strength, or maybe just due to the skill of the sailors, the finishing positions were only determined in the final few minutes of the race.  This resulted in three classes being represented in the top five boats, without a Merlin Rocket in first place!

Congratulations to our winners: 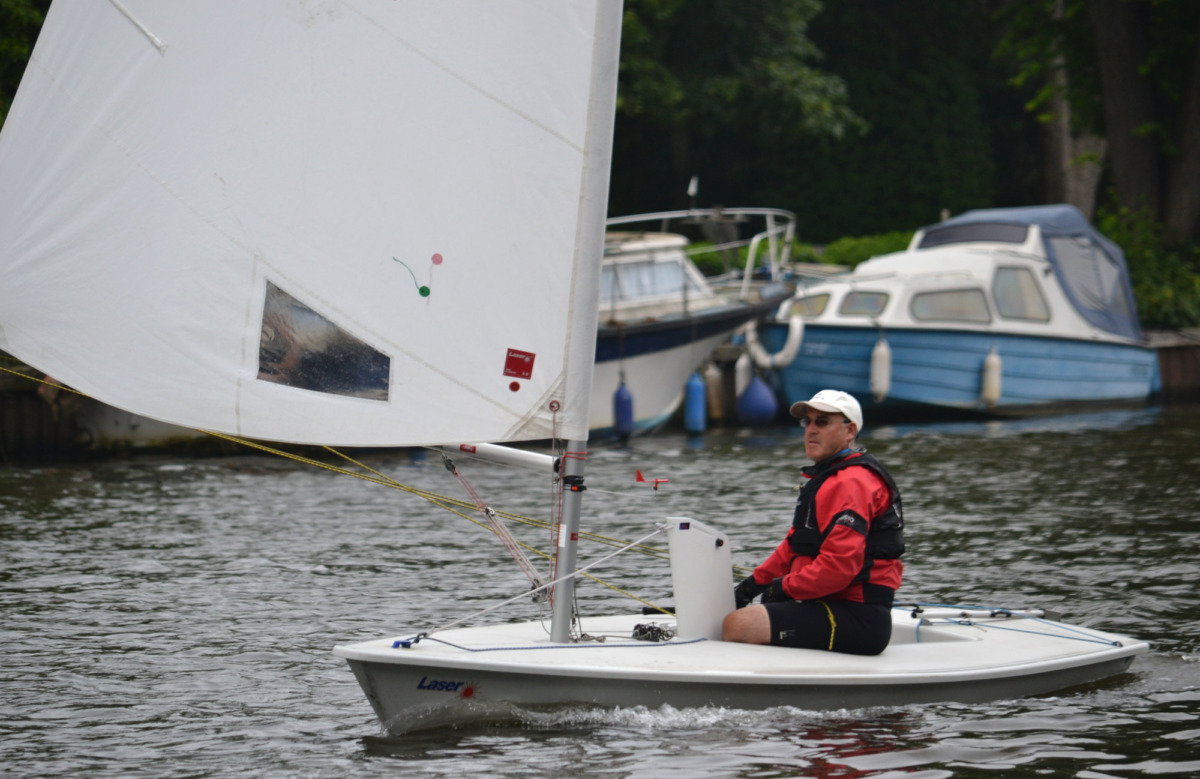 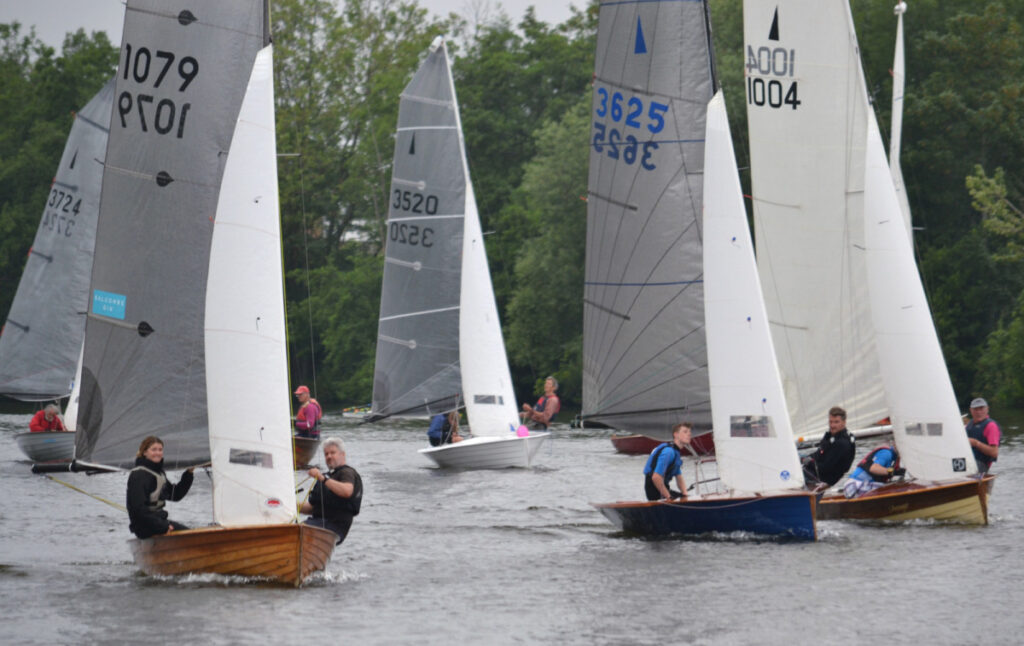 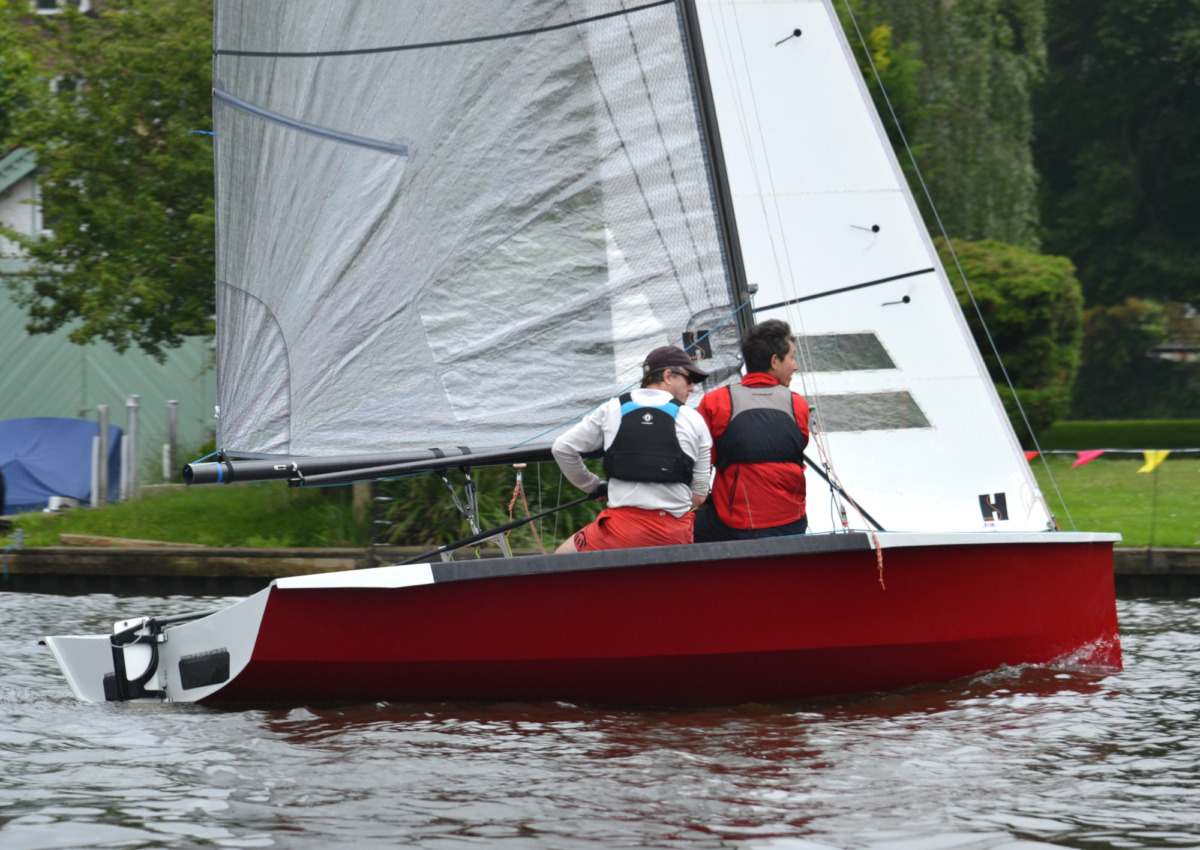 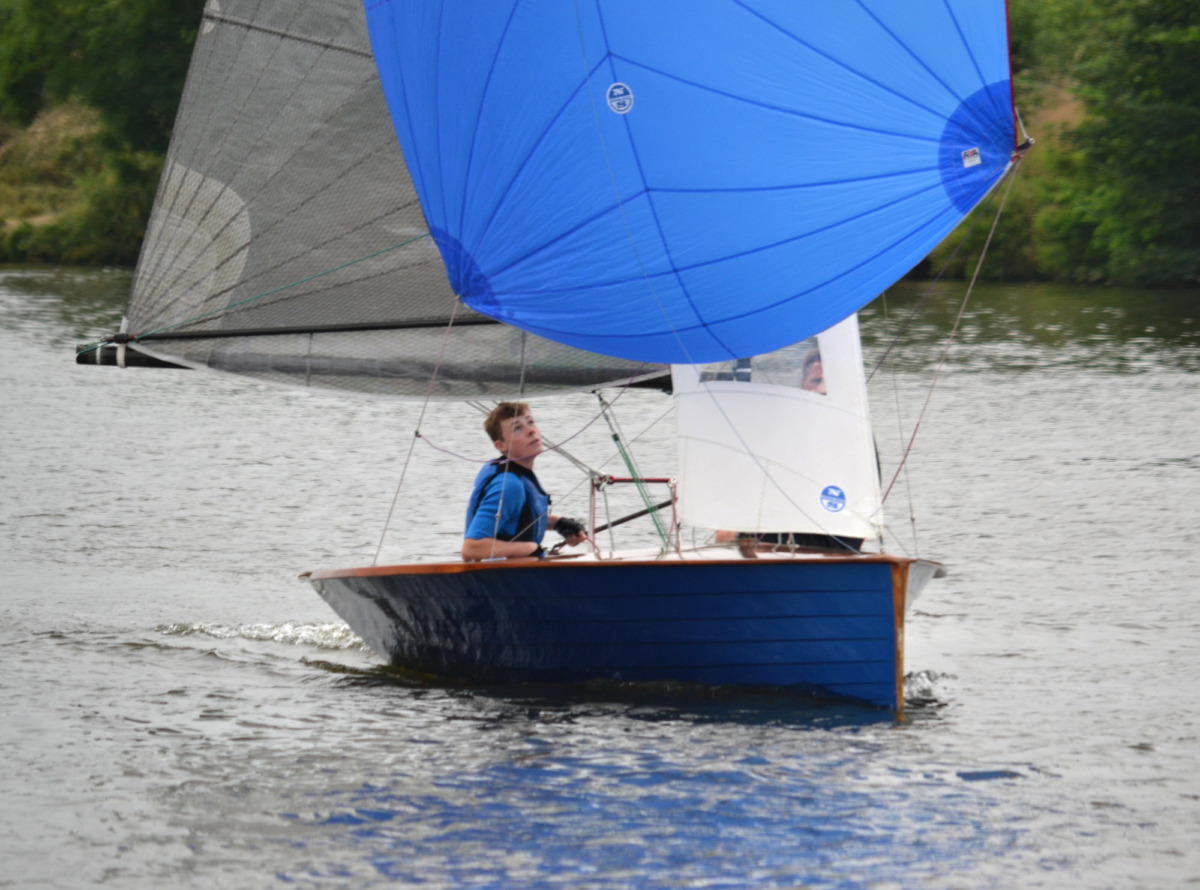 Special mention to Matthew Valentine who participated in the Cutty Sark Bolt as he was the only junior to register for the Kempton Nut, but went on to a well-deserved third place in the senior race retaining the Kempton Nut for a second year in the process. 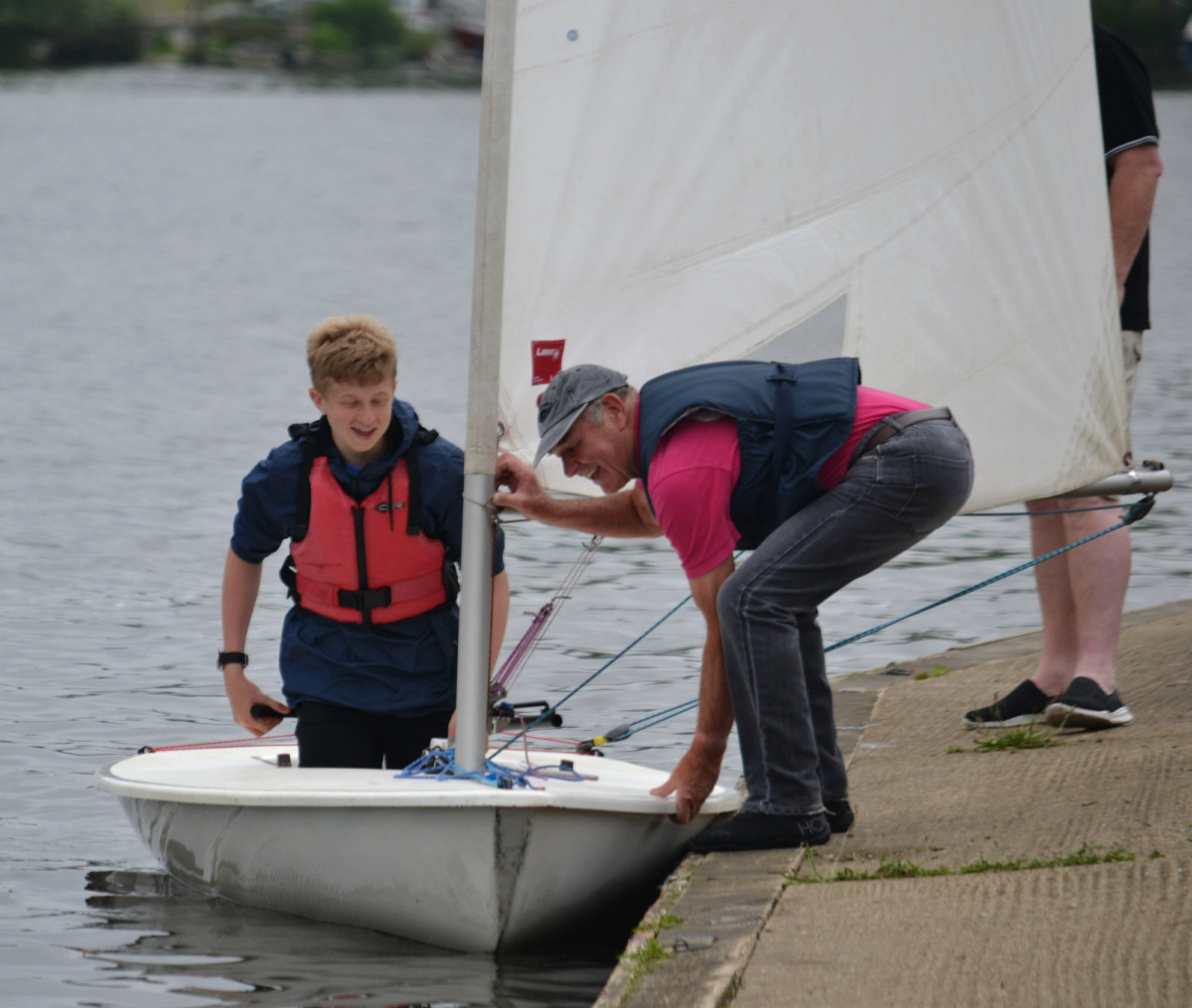 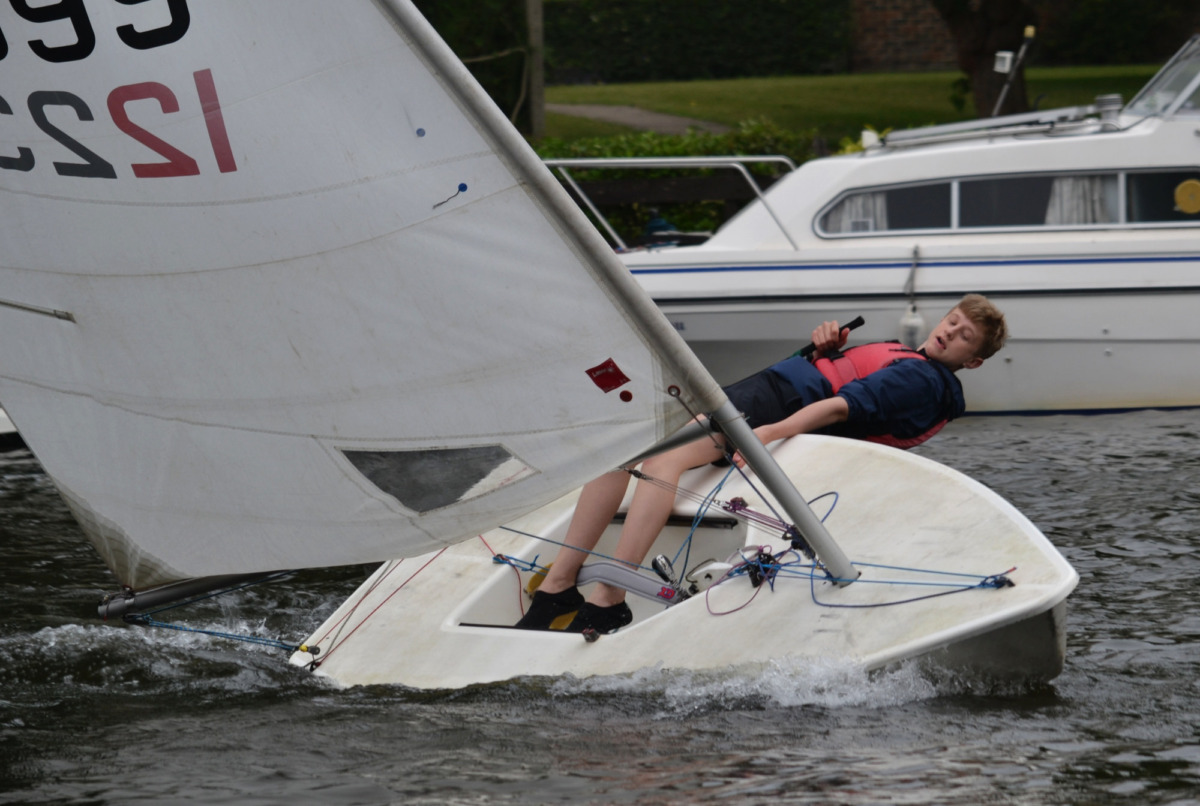 Thanks are due to Peter Mason for enabling the club to have the unique artefact from the Cutty Sark, and to the late Peter Simpson for donating the Kempton Nut.  Entry fees from the Cutty Sark Bolt race are donated to the restoration fund and they were pleased to receive £101 (the maths of which eludes your correspondent!).

Peter and Richard Mason ran an excellently-managed race which was appreciated by all.  ‘Thank yous’ to the patrol boat crew of Geoff Bayliss and Philippe Pierrot, as well as Nicky Johnson and Sara Jamieson for preparing an excellent lunch and to Jonathan Key for providing the photos. 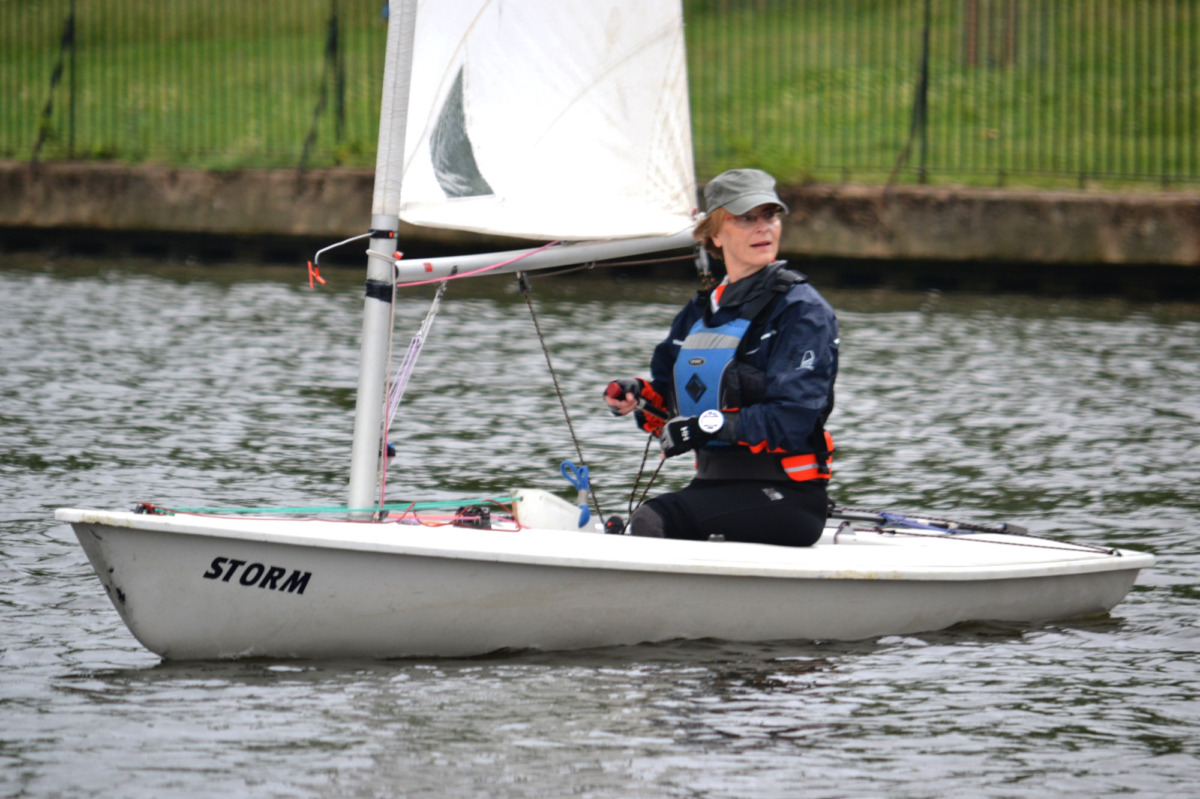 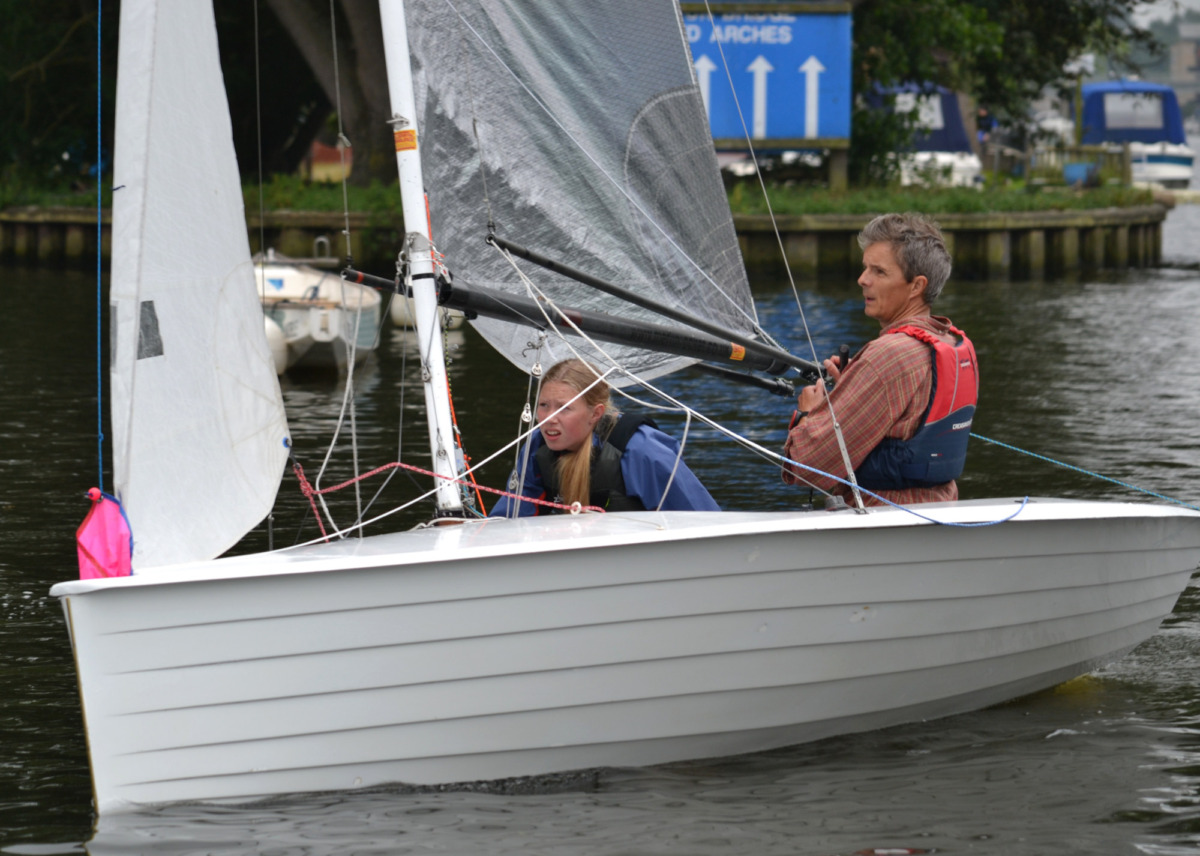 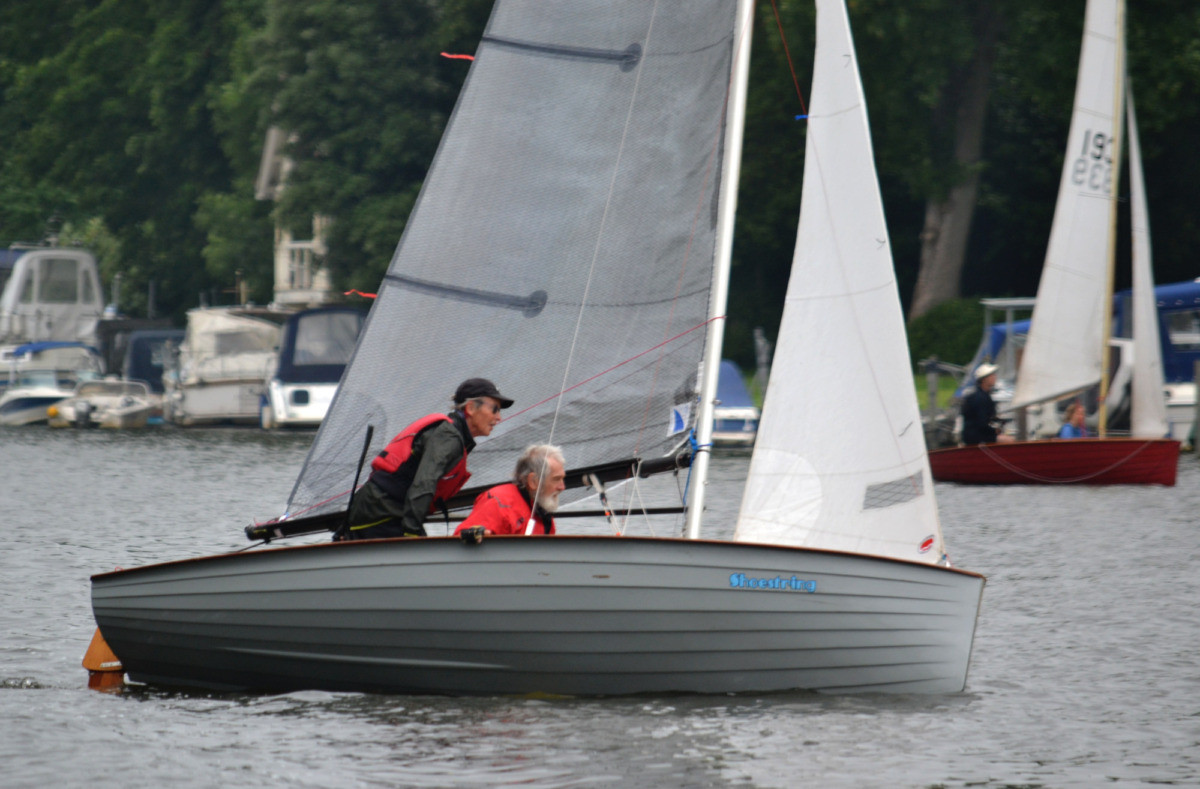 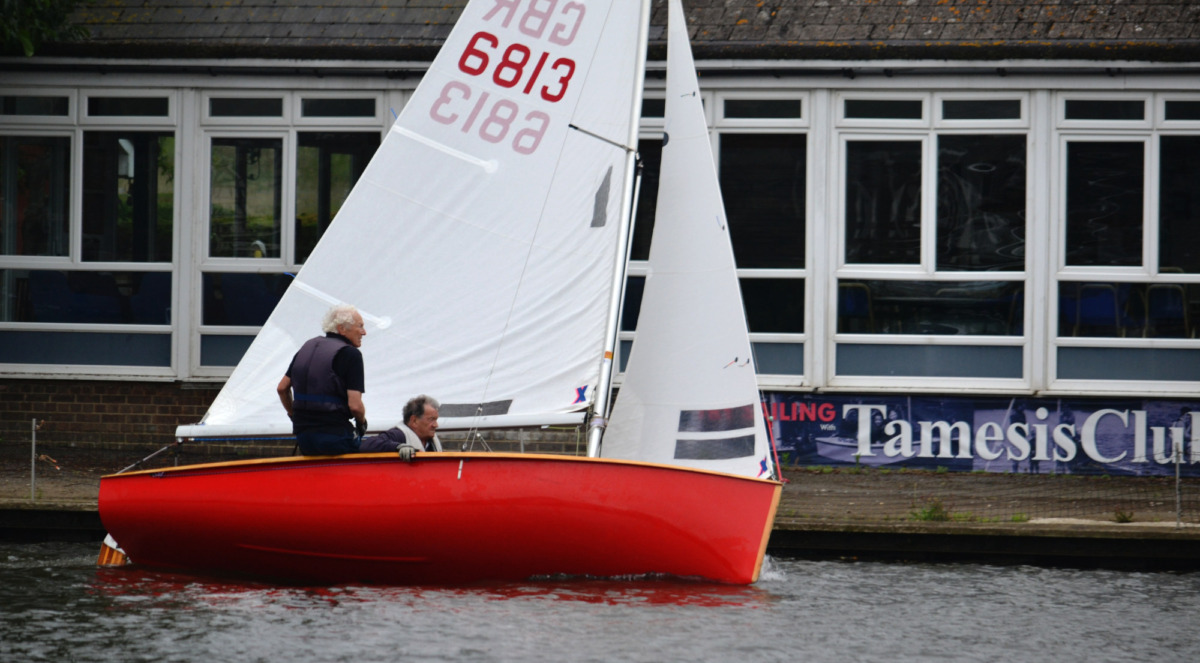 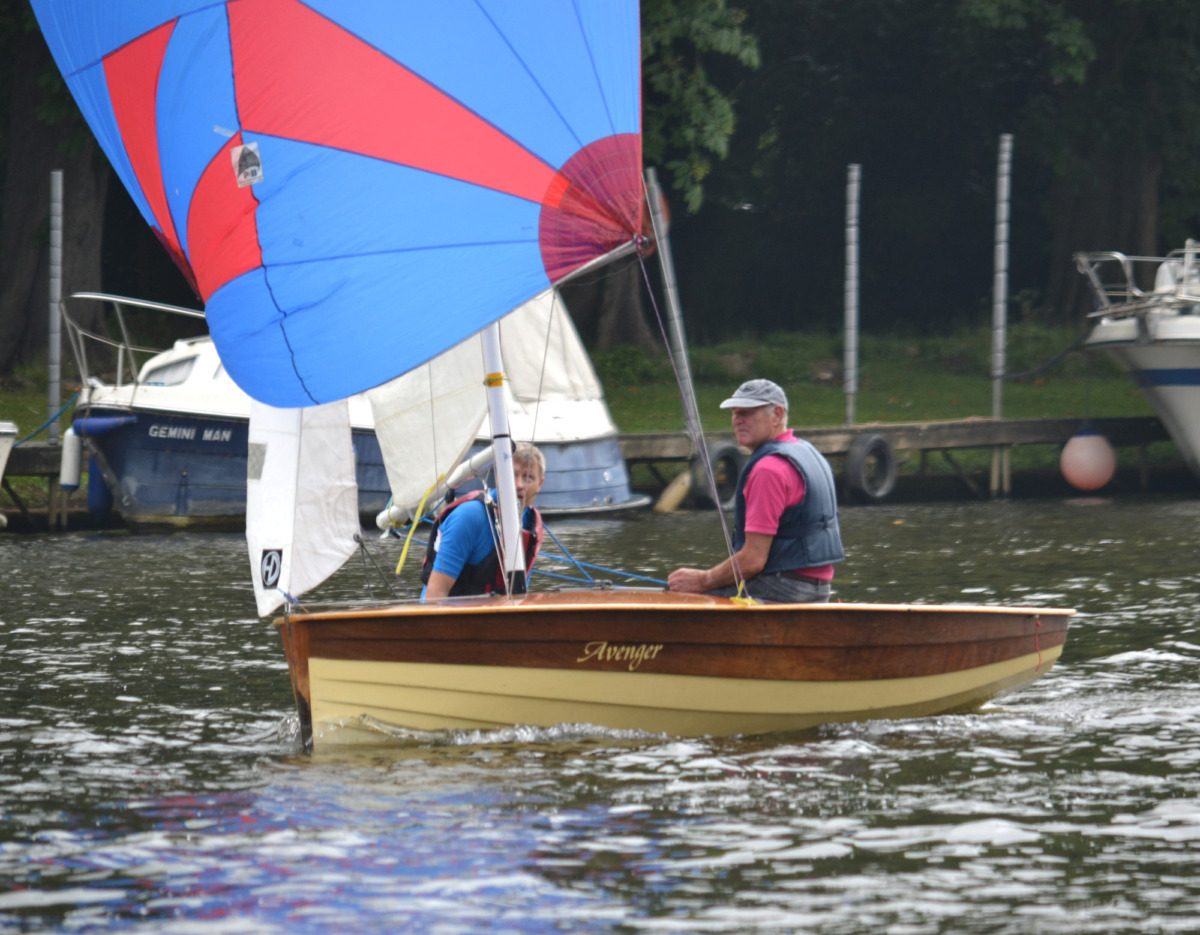 A final note, the club wishes every success to the four the Merlin Rocket crews (helms are John Adams, Andy Harris, Joe Mclaughlin and Tom Low) who will be racing at Salcombe week, you can be assured that your progress will be tracked with interest back in TW11.