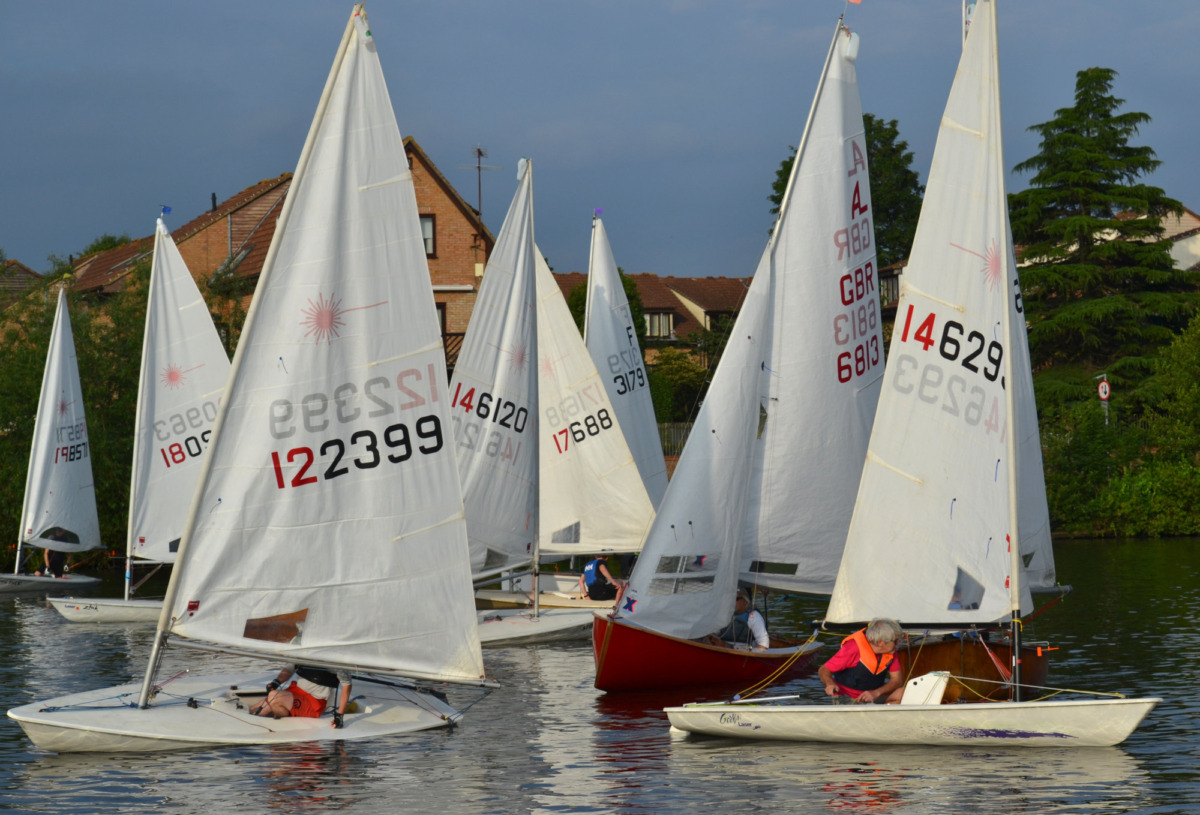 Another large and  enthusiastic fleet took to the water at the start of the second of Tamesis Club’s regular Thursday evening summer series for the GW Smith Trophy.

A mix of boats included Fireflys, Lasers, a Laser 2000, N18s, an Albacore and a couple of Merlins. 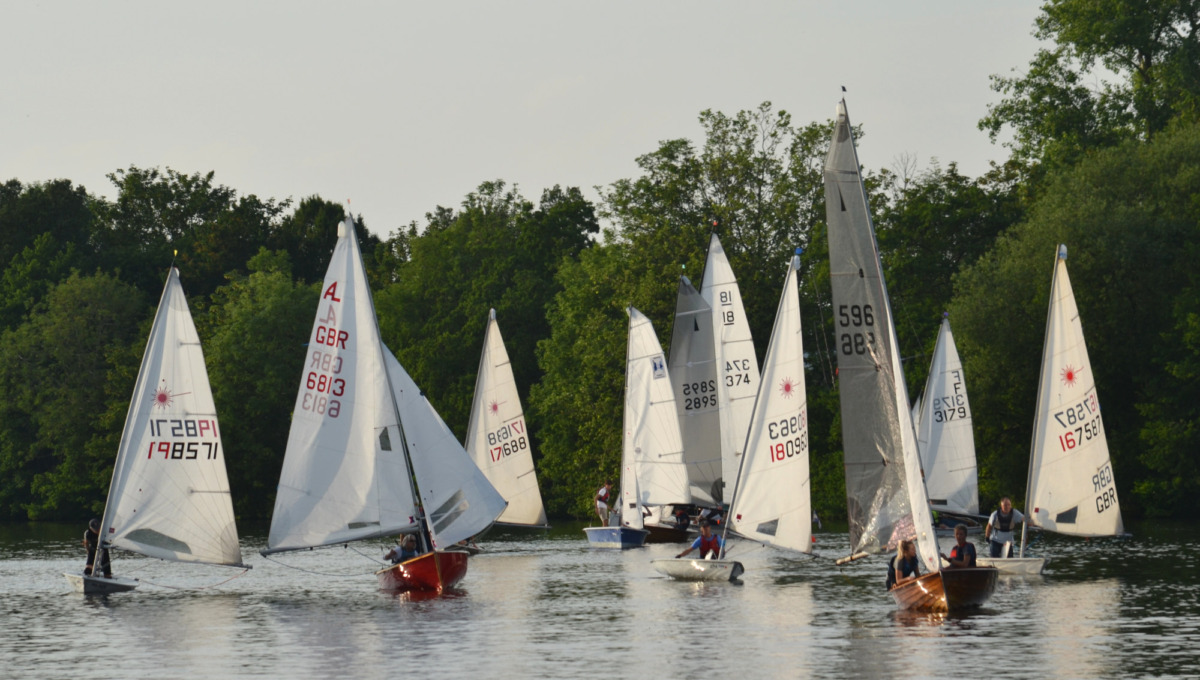 The slightly strengthened stream caught a few boats out at the start as they found themselves pushed over the line before the gun.  Frantic manoeuvres designed to regain the correct side of the line ensued accompanied by the OOD’s commentary about who had made it, and who was still on the naughty step.

Tim Medcalf and Jennifer Falconer Hall managed to get a flier and broke free from the fleet and rounded the first mark with a comfortable lead only to misread the downwind leg and be caught by Henry Defries and Carolyne Vines in a N18, David Baker  and Ian Ramage in his Albacore, and a number of Lasers. 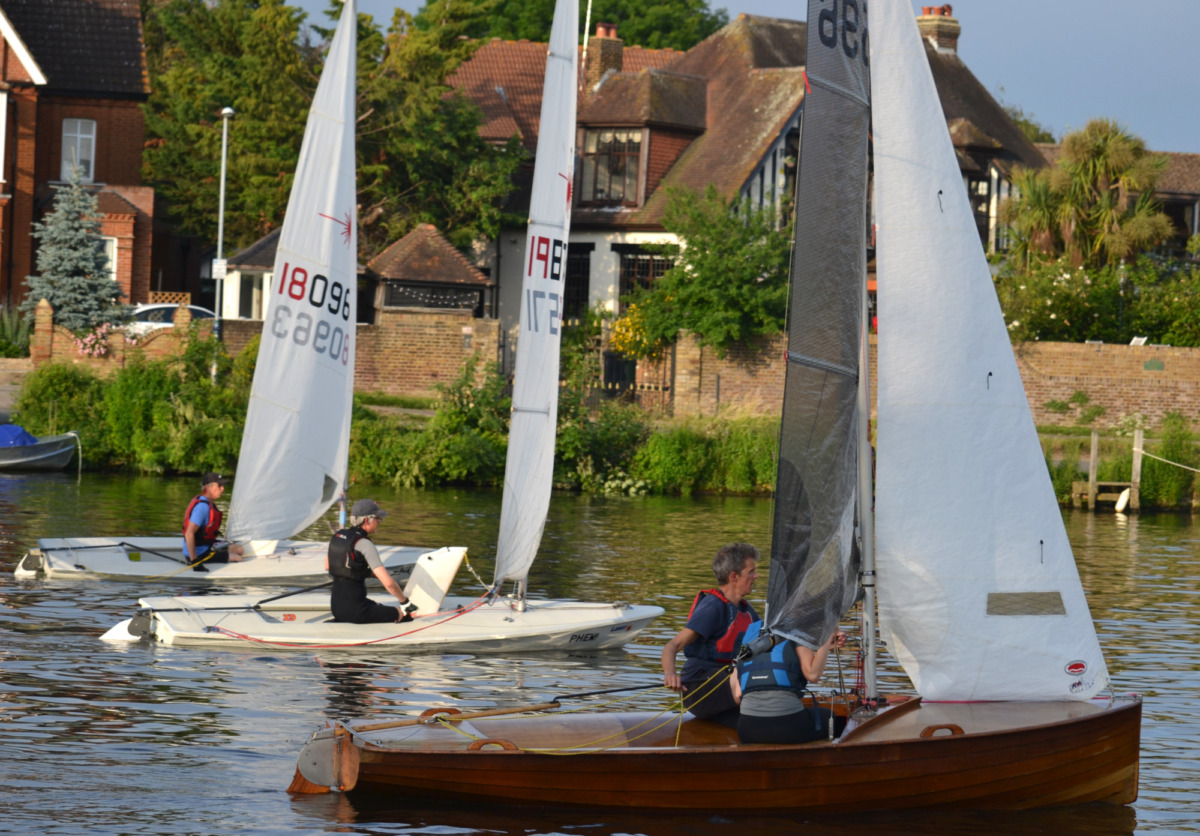 Some rather tense slow motion action followed as boats sought to balance the need to be mid-river for the better breeze but close to the bank to avoid the stream. 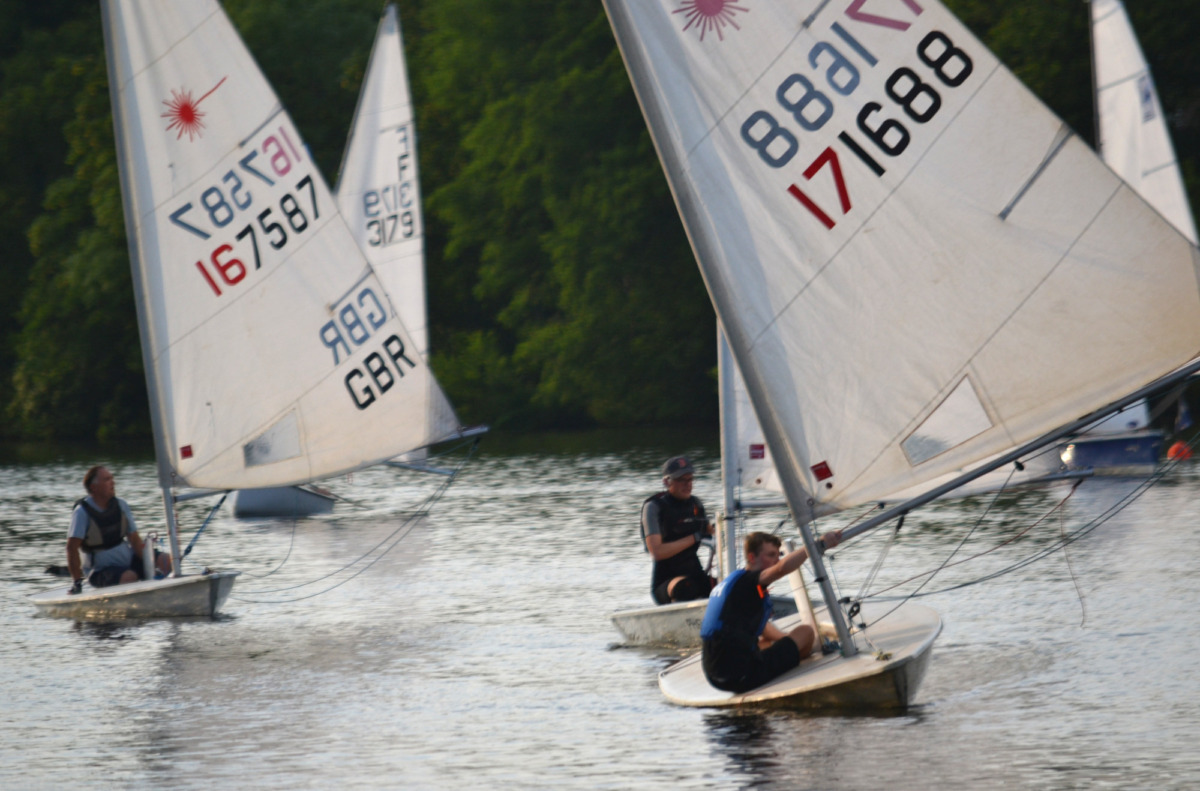 An attritional few laps saw the front three of Henry, Tim, and Matt P-J in his Laser put some distance between themselves and the rest.  This proved to be the on-the-water podium but the final result will only be clear once the handicap numbers have been crunched. 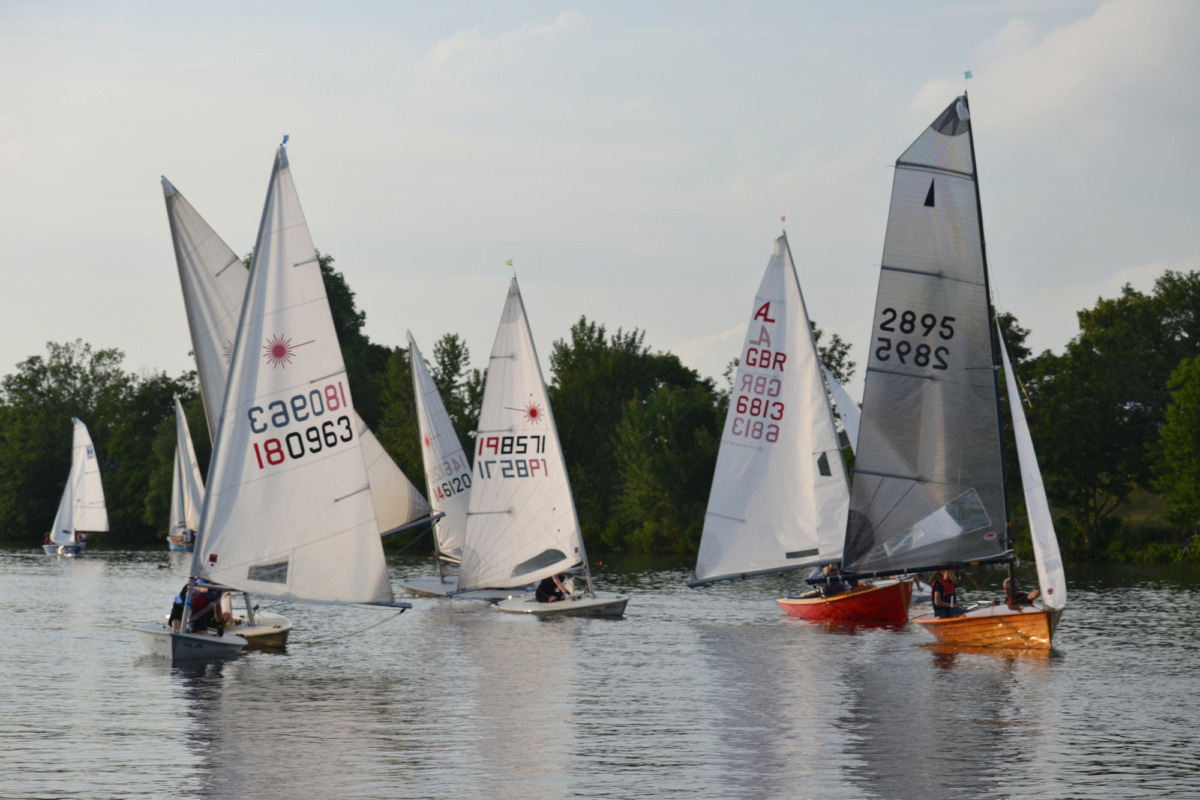 Once back on land, sailors and guests were treated to another tour de force from Team Horwitz lead by head chef Alden.  Copious servings of a rich bolognese were available and satisfied even the club’s band of ravenous ‘twosies’.  The selection of ice creams were a delightful end to the meal.

Many members lingered over a drink and chat while the sun set and evening drew in.

Thank yous to the OOD, this week Commodore Chris Pollard supported by Caroline Stilwell, for setting marks that could be navigated even in the light conditions.  Also to Geoff Malseed and Alexey Anatskiy for manning the patrol boat, and to Sophie Harrison, Andrew Horwitz, Alden Horwitz and others for providing food and drinks for hungry and thirsty racers.

Finally, thank you to Jonathan Key for the pictures that accompany this report.