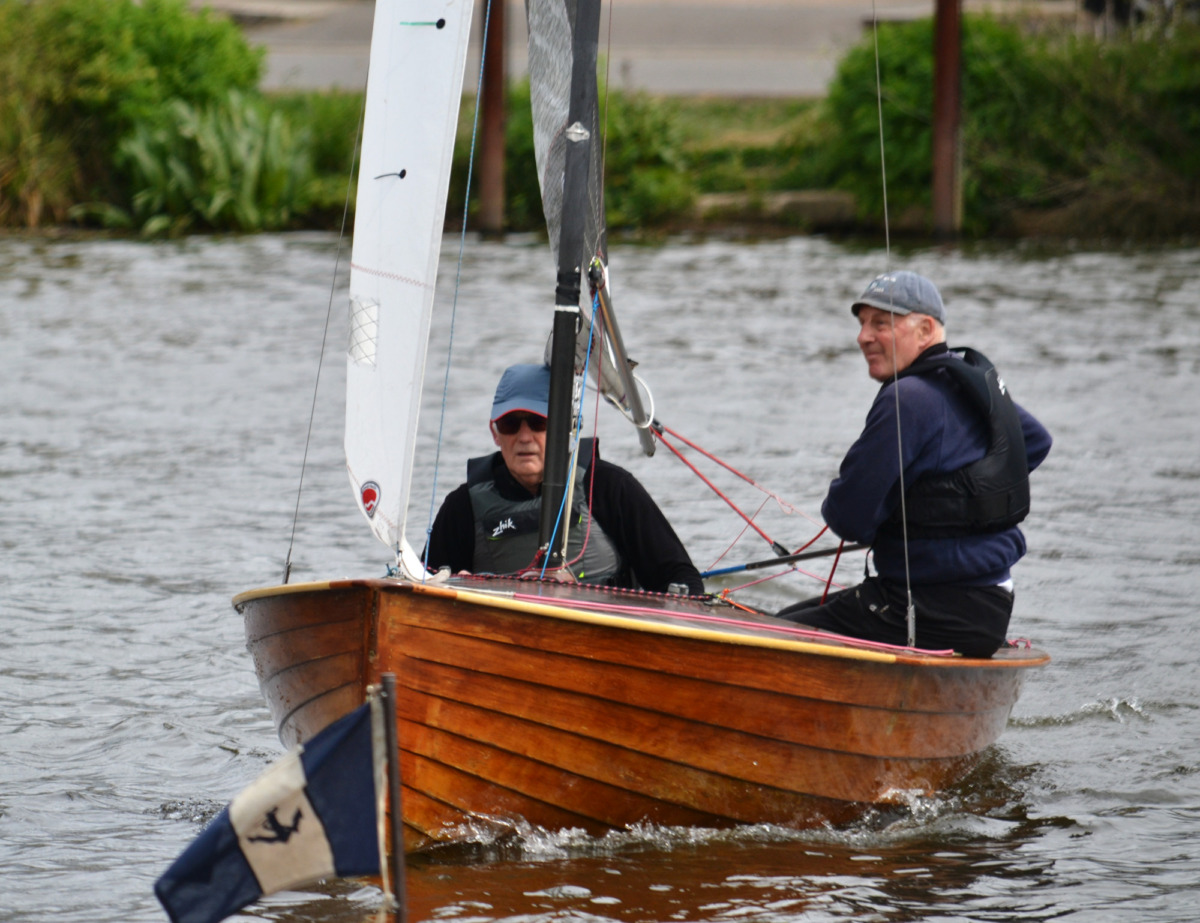 A rather nondescript and drizzly early summer’s morning camouflaged the arrival of some good sailing conditions which saw a southerly swing sou’westerly as the day wore on.

Three compact fleets came to the line and everyone faced a range of conditions from the very light to some stronger interludes which saw the boats cresting along the river.

The OOD team of Ken Duffell and Joe Woods set a simple Canbury/Lensbury course but were careful to ensure the buoys were well located to avoid potential wind shadows.  This approach paid dividends as the racing was determined by sailing skill rather than the whirly wheel of windy (mis)fortune.

Seven Lasers set off at 10.30 with Kaan Yagici, Peter Impey and Marcus Chavasse setting the early pace.  It took five laps for Marcus to finally reach the head of the fleet and take a victory by a slim eight second margin ahead of Kaan, with Jim Hamilton coming in a more distant third.

The pair of N18s had a more clear cut outing with Charles Fox and his crew besting Mal Warner and Beatrice Russ by a distance.

The Merlin Rocket fleet was racing for the Restless Trophy which is awarded on the first weekend of Salcombe Week where a number of the fleet’s hotshots were ploughing the estuary.  Taking the opportunity to shine, it was the oldest Merlin at the club ‘Samanda’ that opened up a lead over the other four boats in the race.  However, the last leg proved to be decisive and, as in the Laser race, the long-time leader was overhauled when victory was at hand.  Congratulations to Peter and Richard Mason who retain the Restless Trophy having won by 43 seconds from your correspondent and Flora Laidlow, with Berry Ritchie and Nick James in third.

The bar welcomed the returning racers who enjoyed a couple of drinks and a light sandwich lunch.

Thanks to Ken and Joe for running the racing, Johannes Wagner and Alastair Banks for crewing the launch, and to Josephine Wagner for preparing and serving lunch.