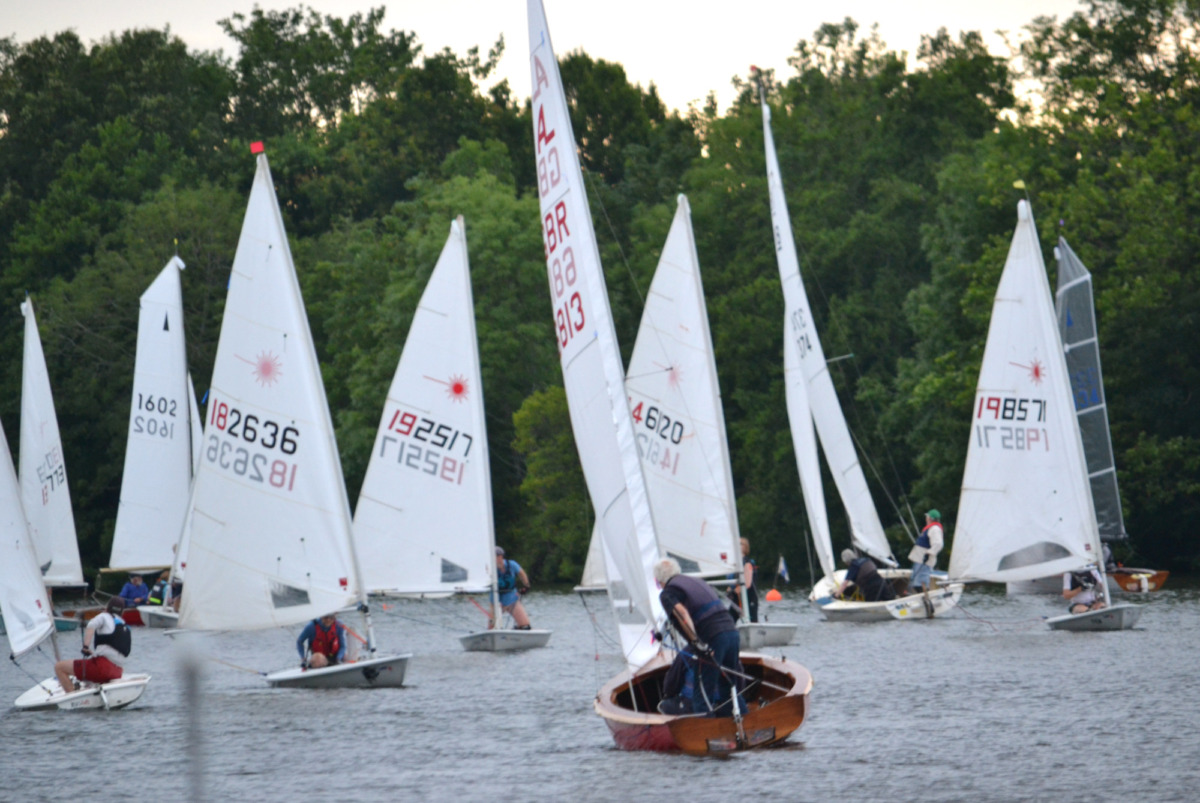 Here is John Adams’ update about the GW Smith series accompanied by pictures from Jonathan Key:

The third race for the Thursday evening 2021 GW Smith trophy was blessed with a good NNE wind, apart from around the Lensbury mark, where it dropped and became very variable in direction.  This led to many place changes as competitors saw and played the shifts to round and get away fast, or didn’t and were stuck watching boats go past on both directions. 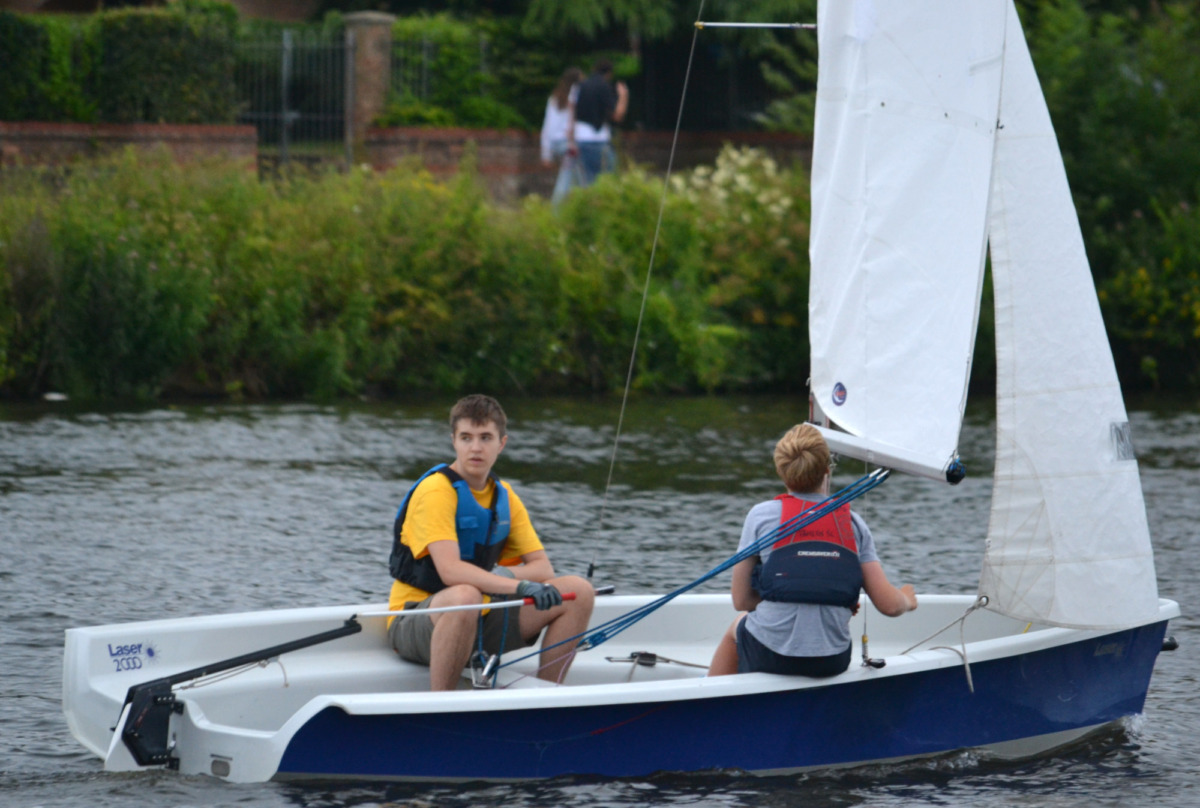 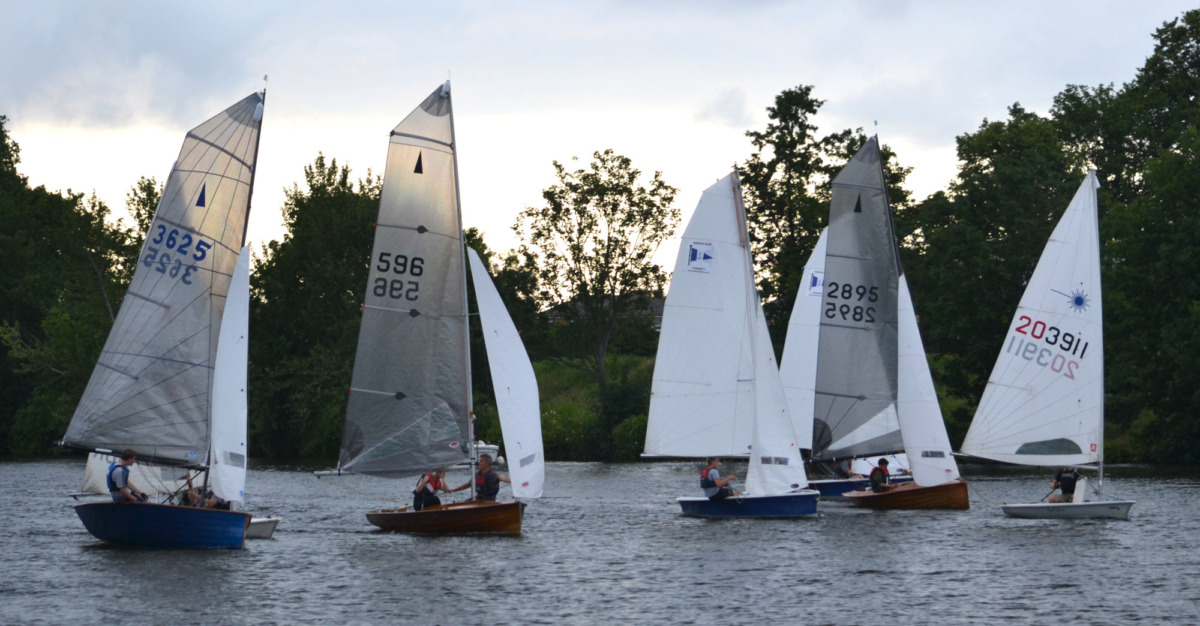 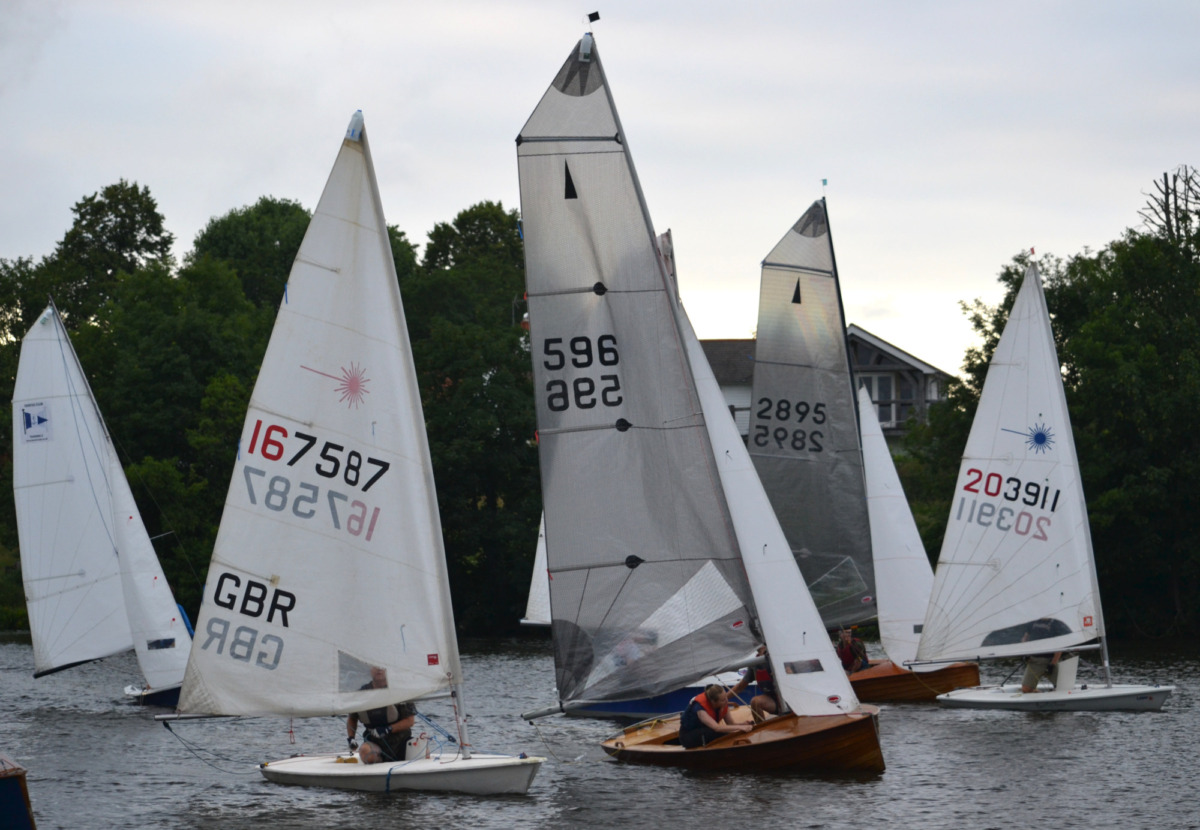 The massive entry of 24 boats, with a number of juniors and new competitors to the series, was very good to see and there were many battles throughout the fleet. 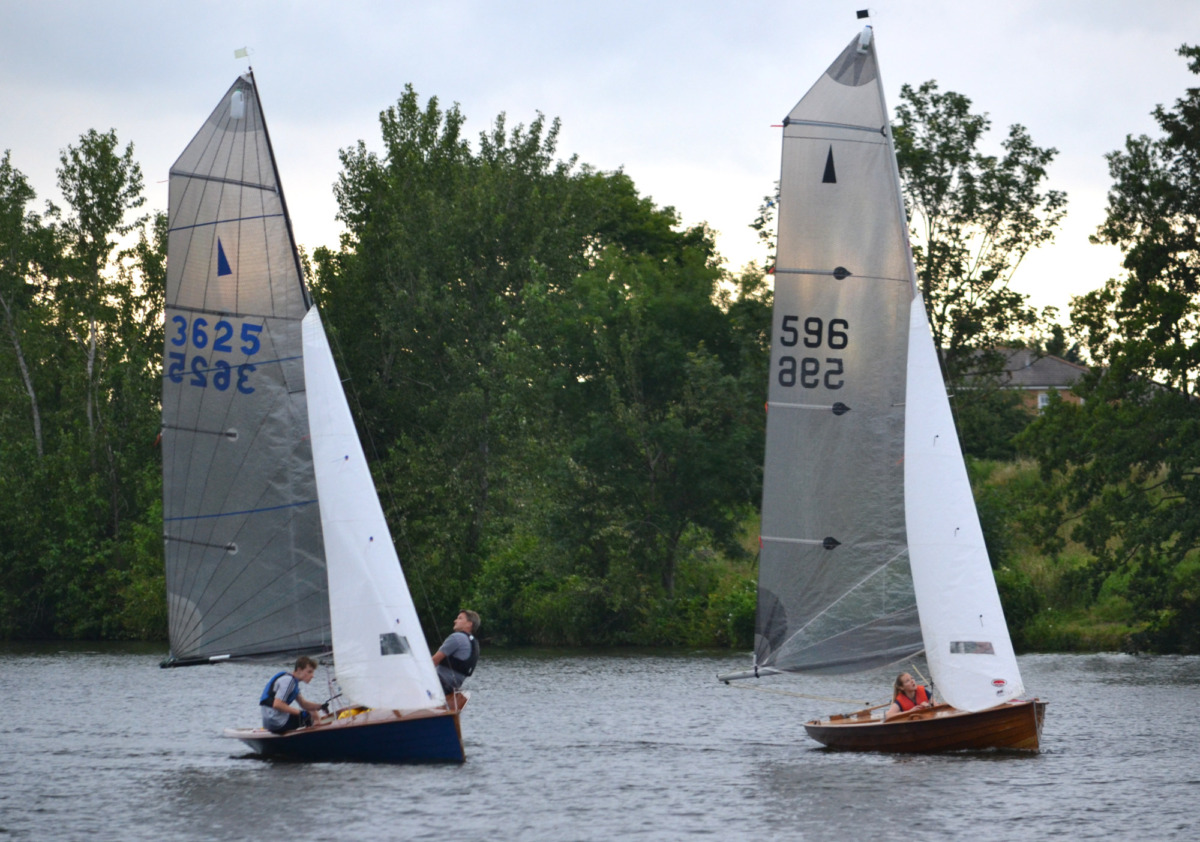 Not least of these was that between Tim Medcalf and Jennifer Falconer-Hall in their Merlin Samanda and Andrew Harris and Matt Key in their Merlin Point Break which was only decided in Tim and Jennifer’s favour in the last few minutes of the race. Third on the water was another Merlin, Avenger with Ken Duffell and Matt Valentine.

However while the Merlins had the glory on the water, it was the Lasers of Jon Redding and Matthew Peregrine-Jones that topped the handicap results with Tim and Jennifer in third.

The overall results are a little skewed as the discards have not kicked in and so benefit those that have sailed the three races in the series to date.  However the current leader is Matt PJ, appearing to be repeating his all conquering performance in the earlier Saga series.  However there is still time and races to change that.

Thanks to Rupert and the race crew for administering one of the biggest races in terms of numbers that we have had for a long time, certainly on a Thursday evening.  The balmy evening was rounded off with a very tasty curry  and pavlova provided by Nim and Helen washed down with suitable tipples served by Megan and Josefine at the bar.

The series standings are: 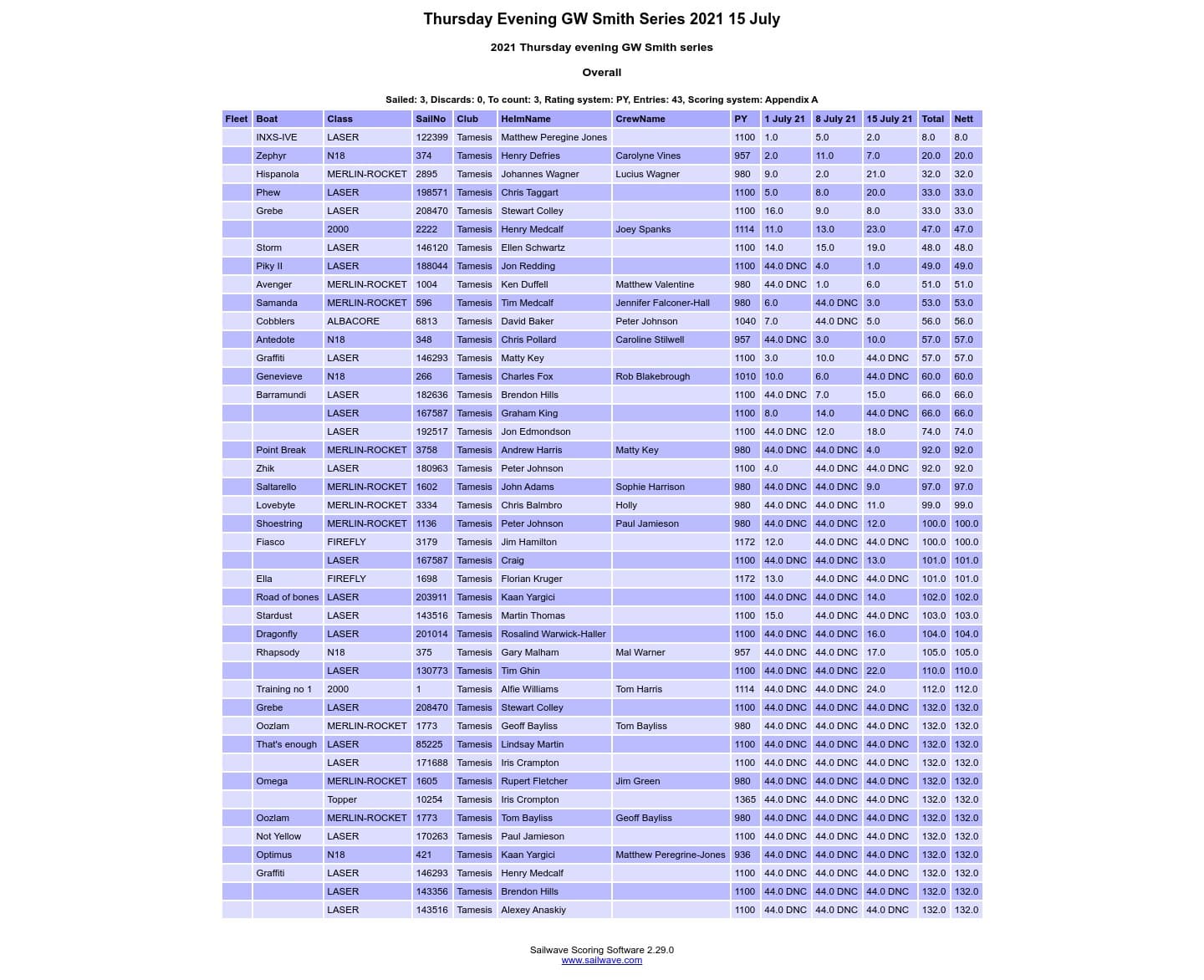