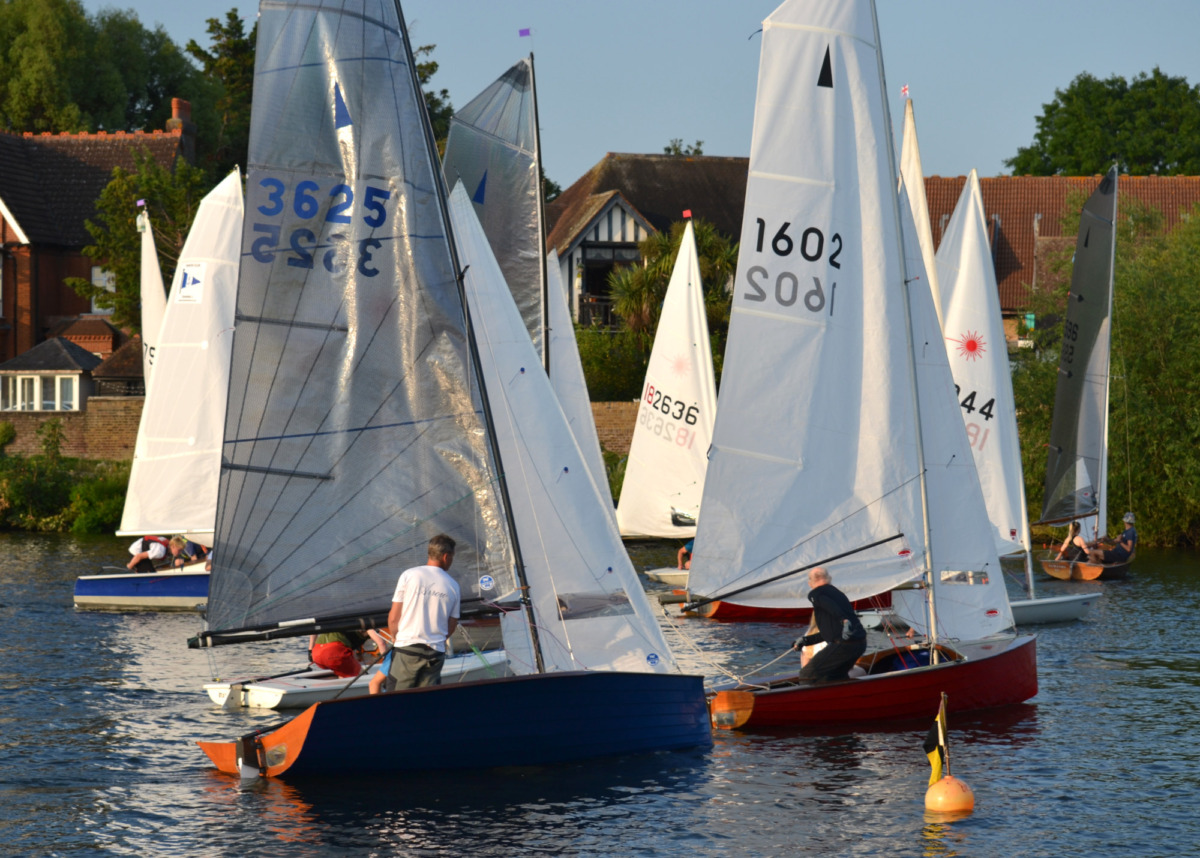 Here is John Adams’ latest report from another busy evening of racing.

Eighteen boats took part in the 4th race of the 2021 GW Smith series raced in a light southerly wind on a balmy summer evening.

Although slightly down on the previous week’s record turnout, there were plenty of boats on the water which led to a certain amount of discussion around the buoys, particularly Lensbury.  The light wind also gave plenty of opportunities for gaining or losing places and giving proof to the saying that the race is only over when you have crossed the finishing line.

This week Andrew Harris and Matt Key in their Merlin Point Break were not going to repeat the last minute loss on the line that they experienced the previous week and stormed into a lead they never looked like losing, adding colour to the evening with a well flown spinnaker.  Behind him places changed throughout the race but Tim Medcalf and Jennifer Falconer-Hall came through to second on the water, but with Matt P-J ominously close in third in the first Laser. 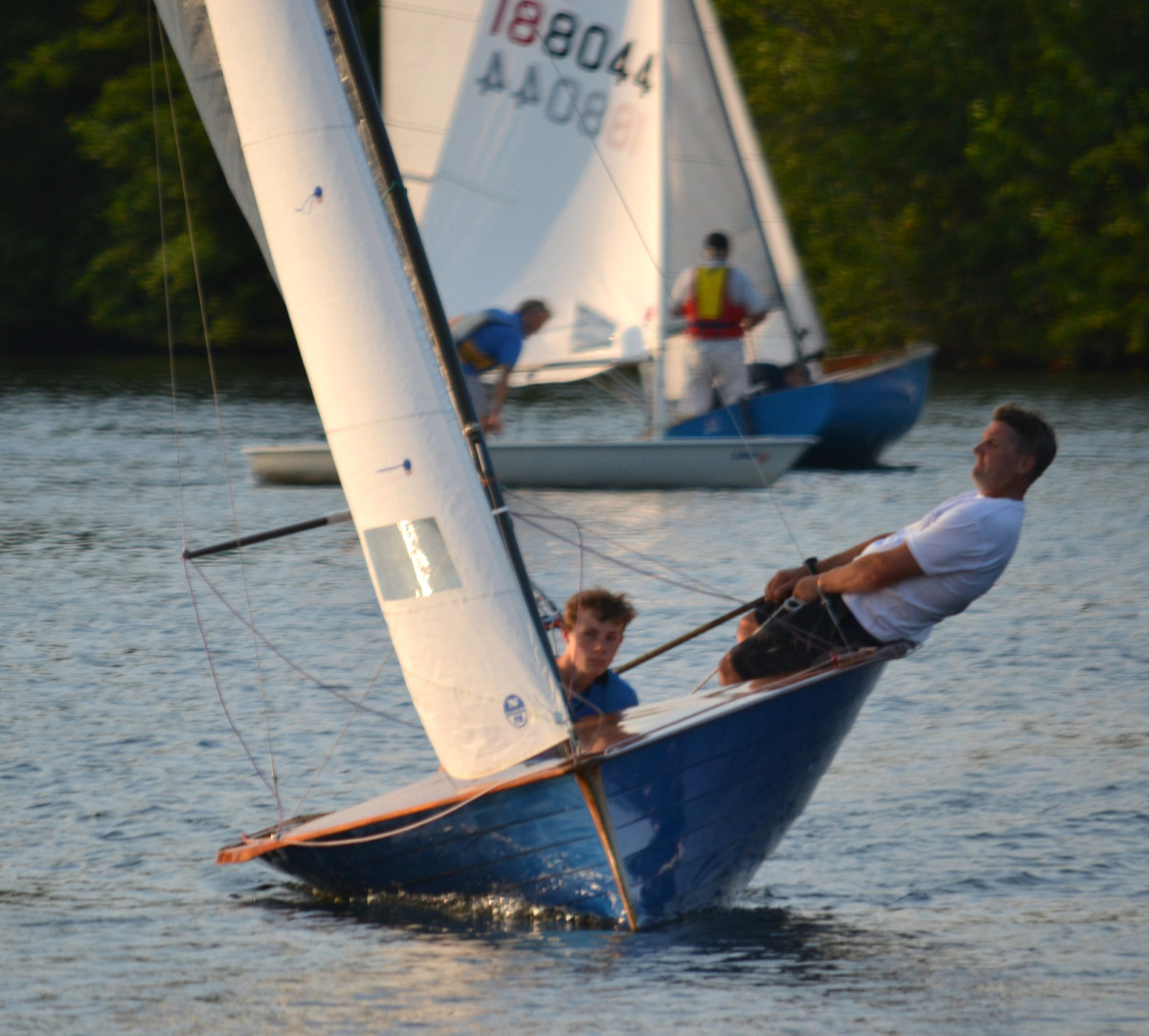 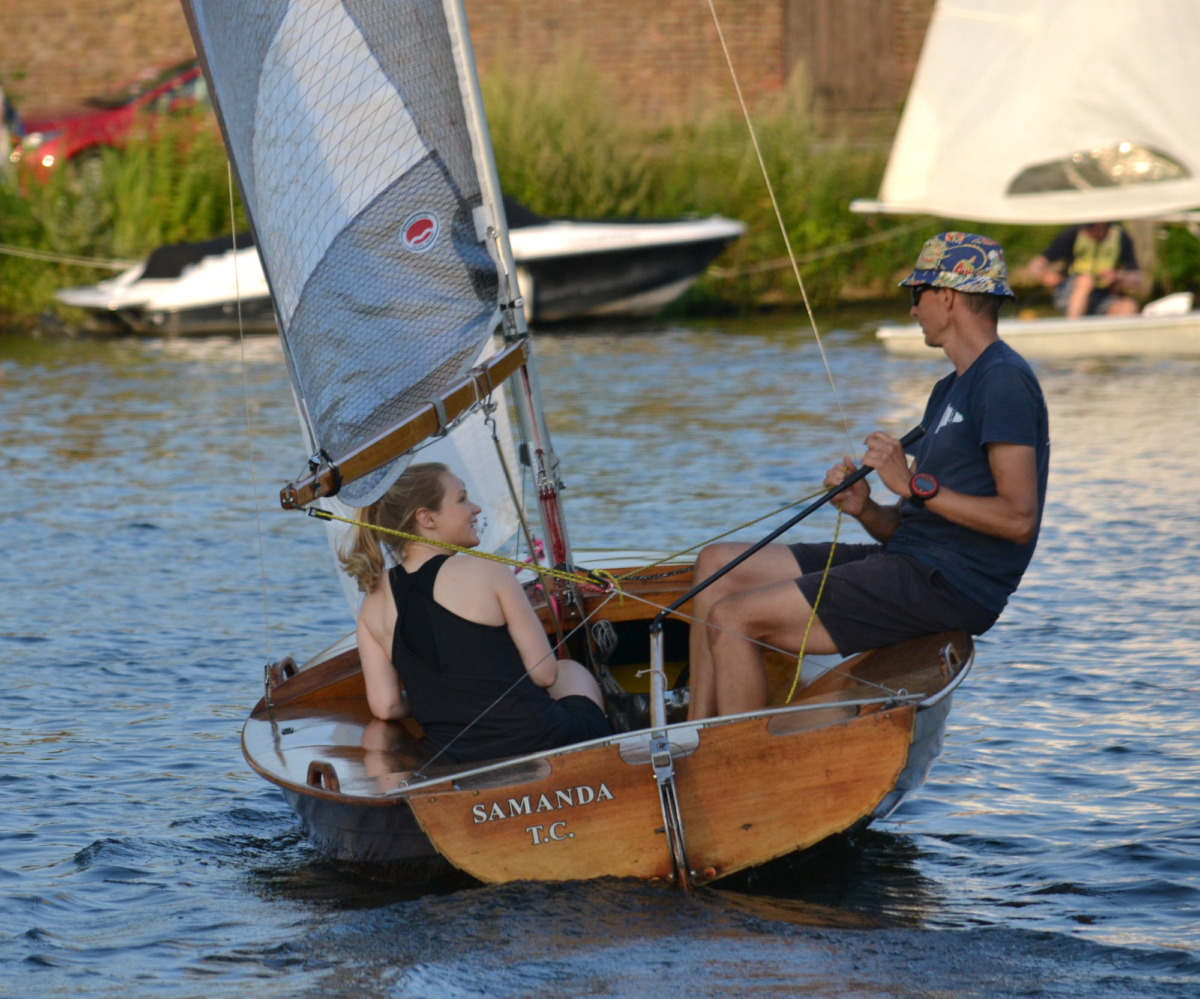 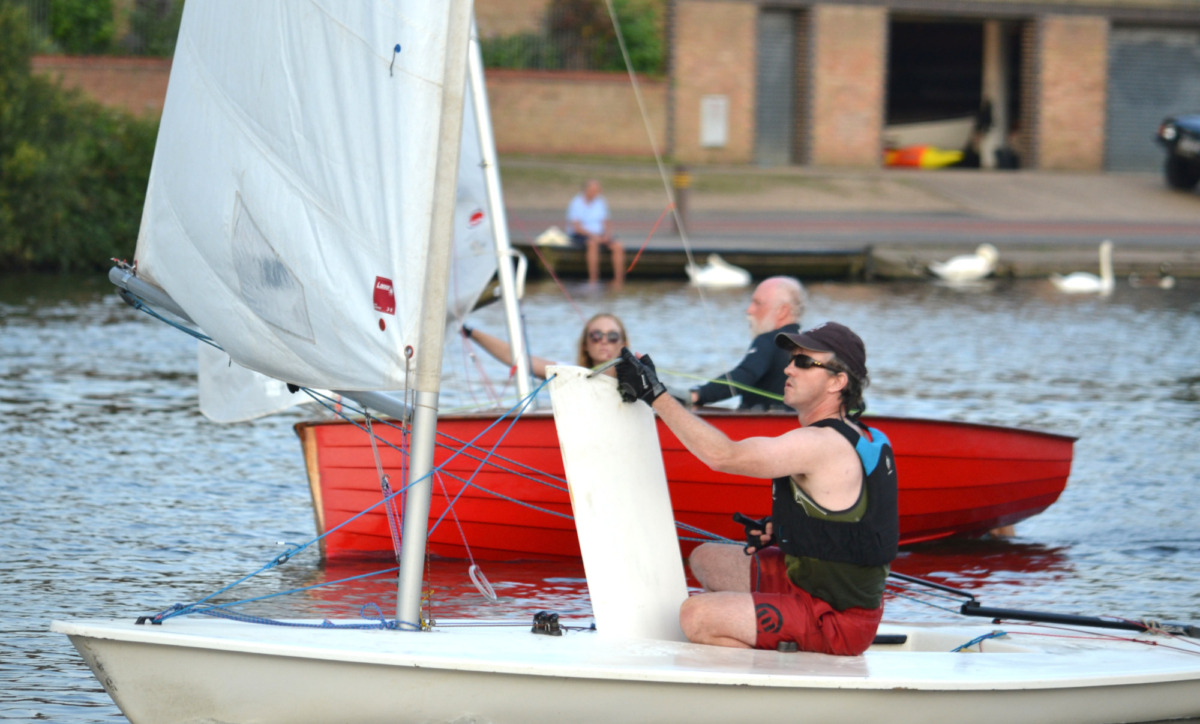 Andrew and Matt’s speed on the water also gave them the race on handicap ahead of the Lasers of Matt P-J and Jon Redding, with Tim and Jennifer finishing 4th.

After four races in this series, Matt P-J is beginning to take command at the top of the tree, but with 4 races to count and still another 5 races left in the series, there is still ample opportunity for that to change.

A wonderful evening gently subsided into the nigh lit by a golden moon as we feasted on a very tasty supper provided by team Horwitz with Chloe providing the drinks and celebrating the first use of Phil’s Bar for some time.  Thanks also to David Peregrine-Jones and Fleur Moree in the box and Chris Pollard and Stephen Lucas in the patrol launch.

Here are the latest results: 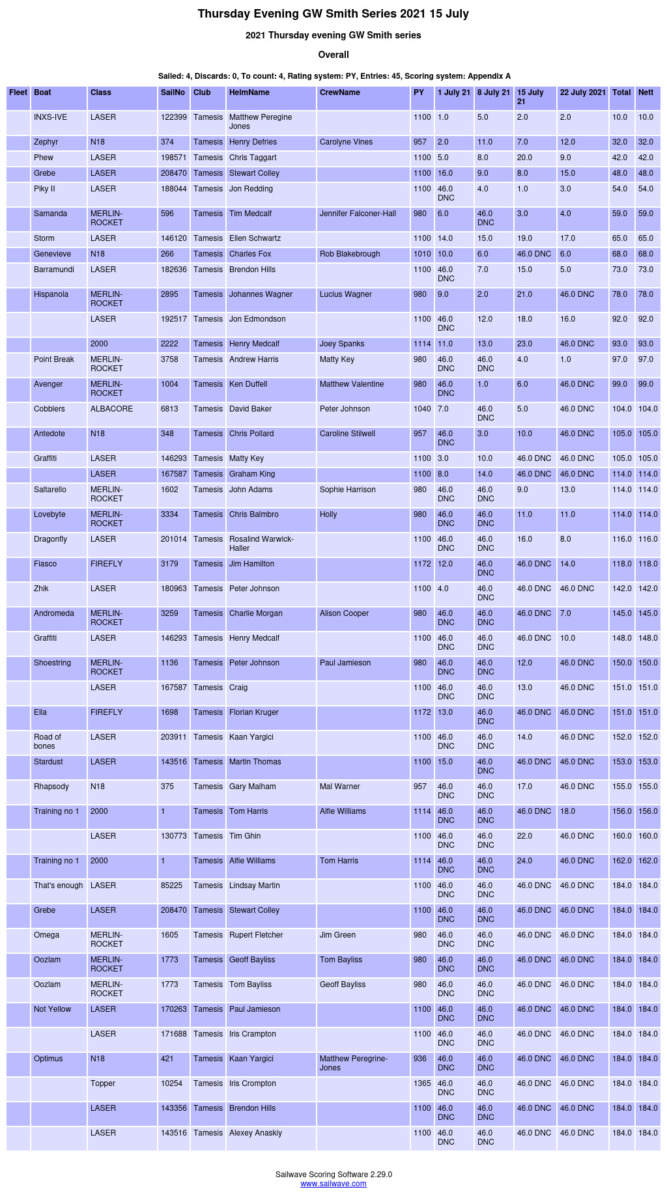