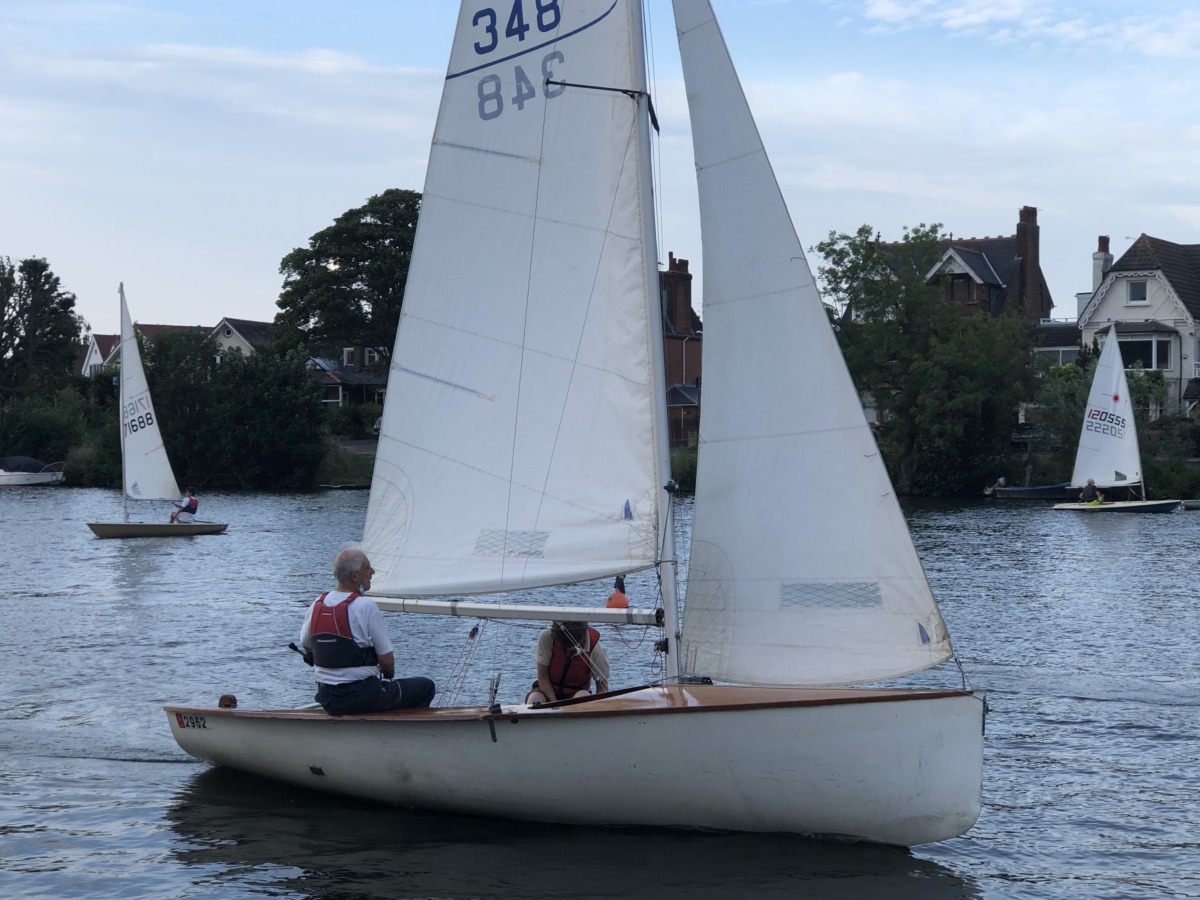 The last July race in the GW Smith Trophy attracted a very good entry of 21 starters, with a south westerly wind which although dying a little before we started still kept us moving fast enough for many of the fleet to complete 5 laps, up from the usual 2 or 3 on a Thursday evening.

With so many boats the start was interesting with a couple of eager contestants having to go back and then fight their way through the fleet.  The race itself was tight with plenty of place changing, Andrew Harris even losing his lead for a lap before normal service was resumed and he and Matty Key crossed the line first in Point Break followed by Joe Maclaughlin crewed by Holly Revear in his newly acquired Merlin Lady Anne, with John Adams and Sophie Harrison just managing to hold off a fast charging Tim Medcalf and Flora Laidlaw in Tim’s white and wide Merlin Seveneye to take third.  On the water it was a Merlin evening with the first five boats all Merlins before Matt P-J brought his Laser home in 6th place, but ominously close to the Merlins ahead of him.

And so it proved, Matt taking the evening on handicap followed by the 5 Merlins that finished ahead of him on the water with Stewart Colley the next Laser in 7th.  It was not a good night for the N18s, with Charles Fox and Robert Blakebrough the first of them in 12th place. 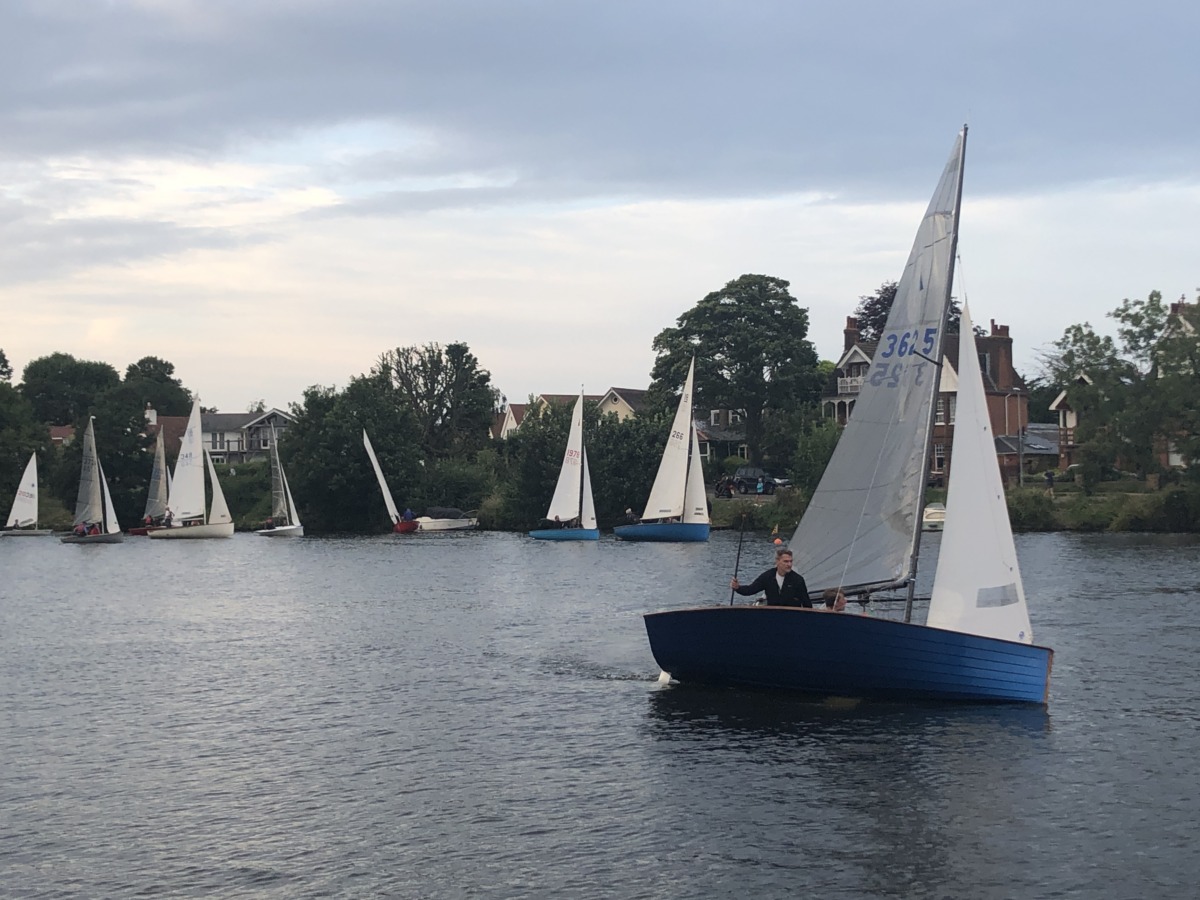 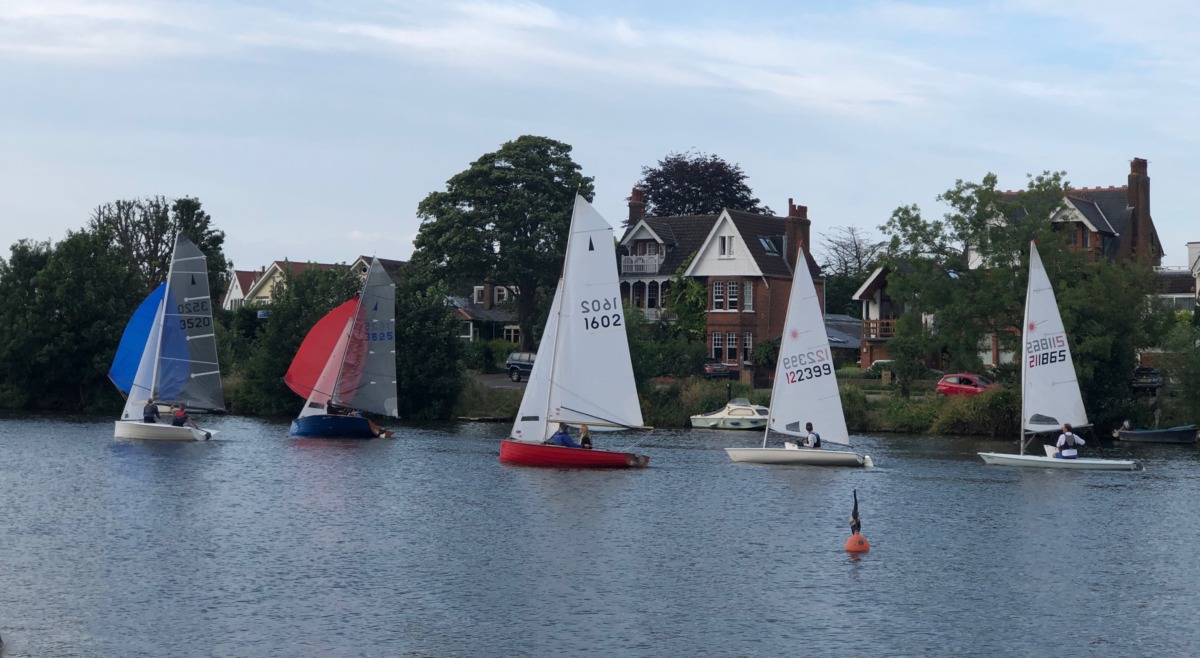 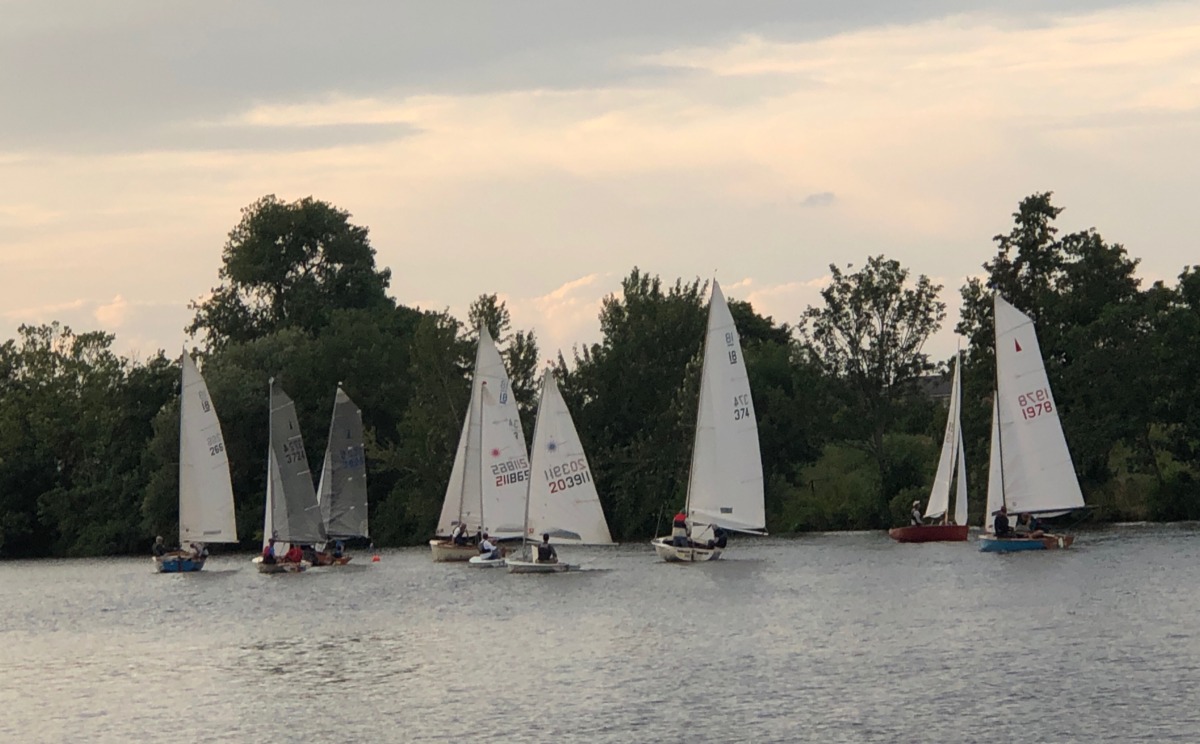 With 5 races sailed Matt P-J is still in the lead with Tim Medcalf second in his Merlins and Henry Defries and Carolyne Vines 3rd in his N18 Zephyr.  However there are still 4 races to go, 4 races to count and it is mathematically possible for Matt to be caught, particularly as some of the more successful contestants are still counting a DNC.

The evening was rounded off with a tasty trail supper from a new caterer, and thanks to those that helped serve the supper and drinks from the bar.  Jim Green and Eva Heap coped admirably in the box with the large number of contestants and Ian Ramage and Chris Wade ran the patrol boat.

The current standings are: 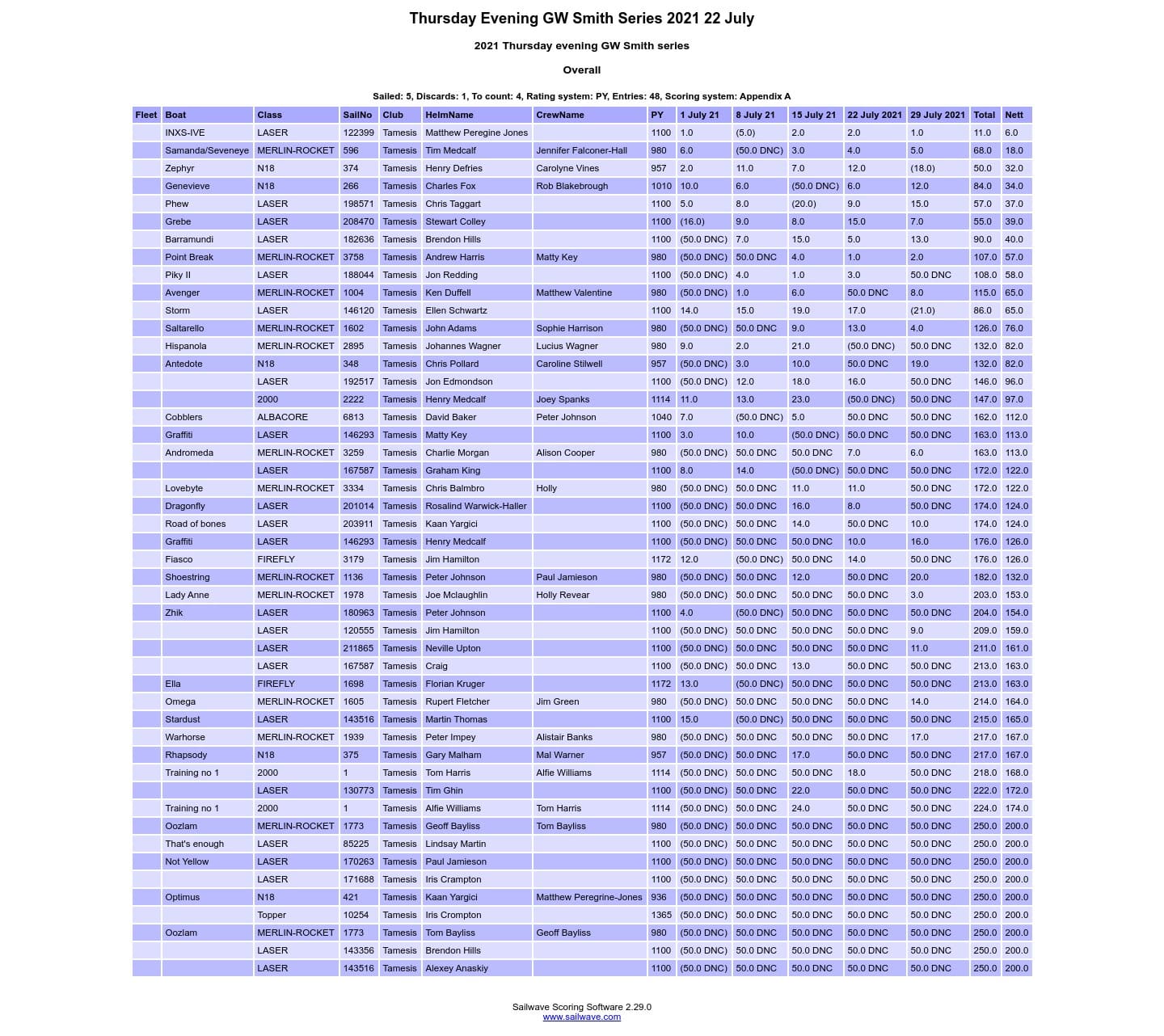