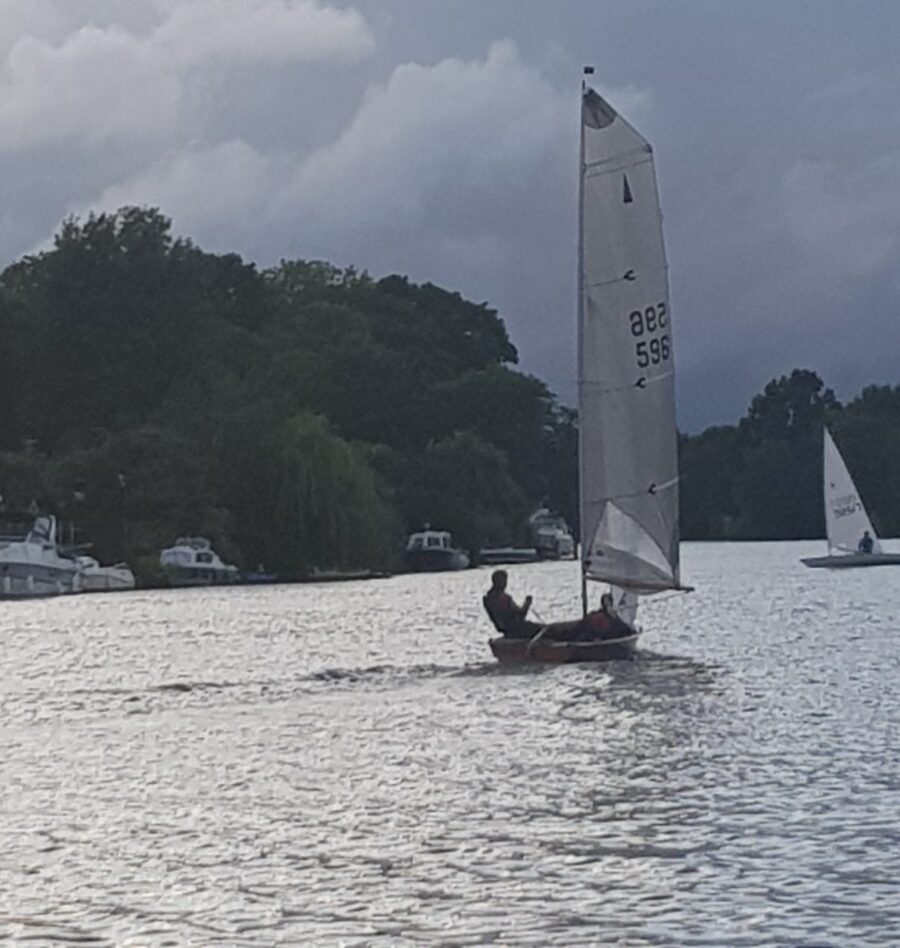 As it happened, fortune favoured the brave, the rain ceased, the south-easterly wind held and the sun even shone for a few minutes. Racing was tight with the lead changing for a couple of laps before Tim Medcalf and Jennifer Falconer-Hall sailed off into the distance to leave the Charlie Morgan/David Baker combination in David’s old boat Andromeda to battle and just beat John Adams and Sophie Harrison on the line.  Matthew Peregrine Jones in his Laser had also been part of that battle and finished 4th

On handicap it was a familiar tale with Tim’s lead on the water not quite large enough to beat Matt P-J with Charles Fox and Robert Blakebrough showing on the podium for the first time in the series finishing 3rd.

Overall it is still Matt P-J at the top with Tim in second place and with Charles’s good result bringing him up to 3rd. While Matt’s lead is beginning to look unassailable, there are 3 races still to go and at least a couple of boats mathematically capable of overtaking him, so keep sailing Matt!.

Thanks to OOD  Graham King and his crew of Matt Dalton, Peter Impey and Griff Tanner, and team Horwitz for a stupendous supper topped off with Mars Bar trifle and Chloe, Nicky and Peter on the bar.  Thanks to Peter Impey for the photo.

Here are the latest standings: 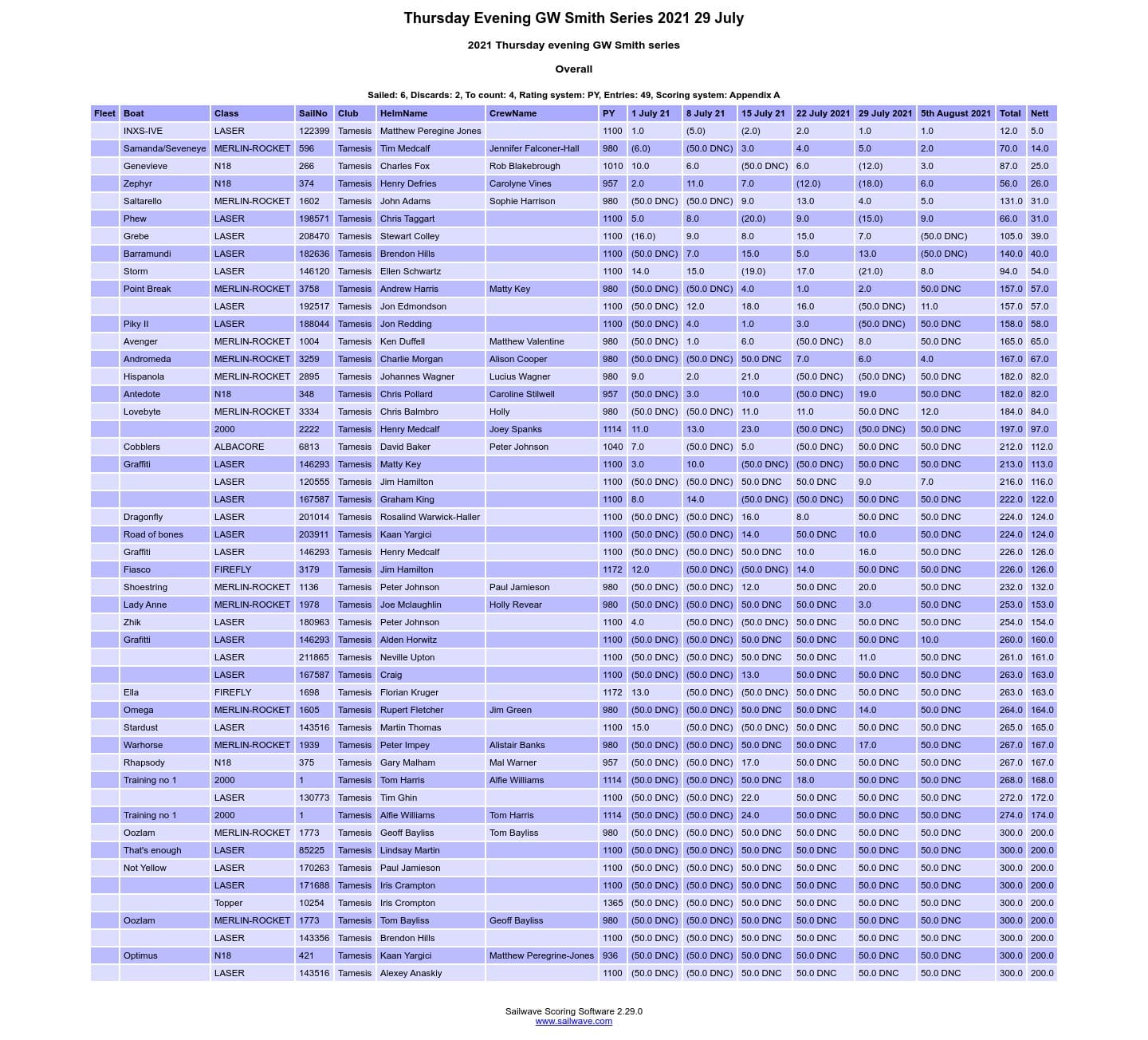