Sixteen boats came to the starting line on a quiet evening for the second August race in the GW Smith series, 10 Lasers, 4 Merlins, 3 N18s, a Topper with Brian Corking, one of the lockdown’s virtual racing stars, trying his luck with the real thing, and one of the club’s training Laser 2000s crewed by the Medcalf brothers Henry and Ed. The south westerly wind was fitful and shifty, catching some out and bringing fortune to others.

The battle at the front was initially between Chris and William Balmbro in their Merlin Lovebyte and Tim and Veronique Medcalf in Samanda with Matt P-J in the Laser snapping at their heels.  As the race progressed Tim took the lead and kept it to the finish and the leading N18 crewed by Henry Defries and Carolyne Vines came through to join the battle for the other podium places, demoting Matt on the water.

However the devil is in the detail of the handicaps and once again Matt P-J triumphed in his Laser ahead of Henry and Carolyne in their N18 followed by Tim and Veronique in their Merlin, so a good representation of the different club classes.

Unfortunately for those hoping to unseat Matt from the top of the results, his win on the evening means that he counts 4 wins and cannot be beaten and so adds the GW Smith to the Saga Trophy he won earlier in  the summer.

However there is still a battle for the other podium positions and for other places in the fleet which might mean that you beat or get beaten by a competitor you usually measure your performance against, so still plenty to sail for in the last two evening races of the season. It is likely that the last of these will start at the earlier times of 19:00 and 19:02 for the N18s.  This will be confirmed nearer the time.

Thanks to Jim Green and David Baker in the box, Barney Smith and Clive Mence in the patrol boat, to Nicky Johnson for the great supper helped by Chloe and Josefine in the kitchen and bar.  As always, a great evening even if the racing was frustrating at times!

Savour the last two races as Summer flees away.

The latest standings are set out below: 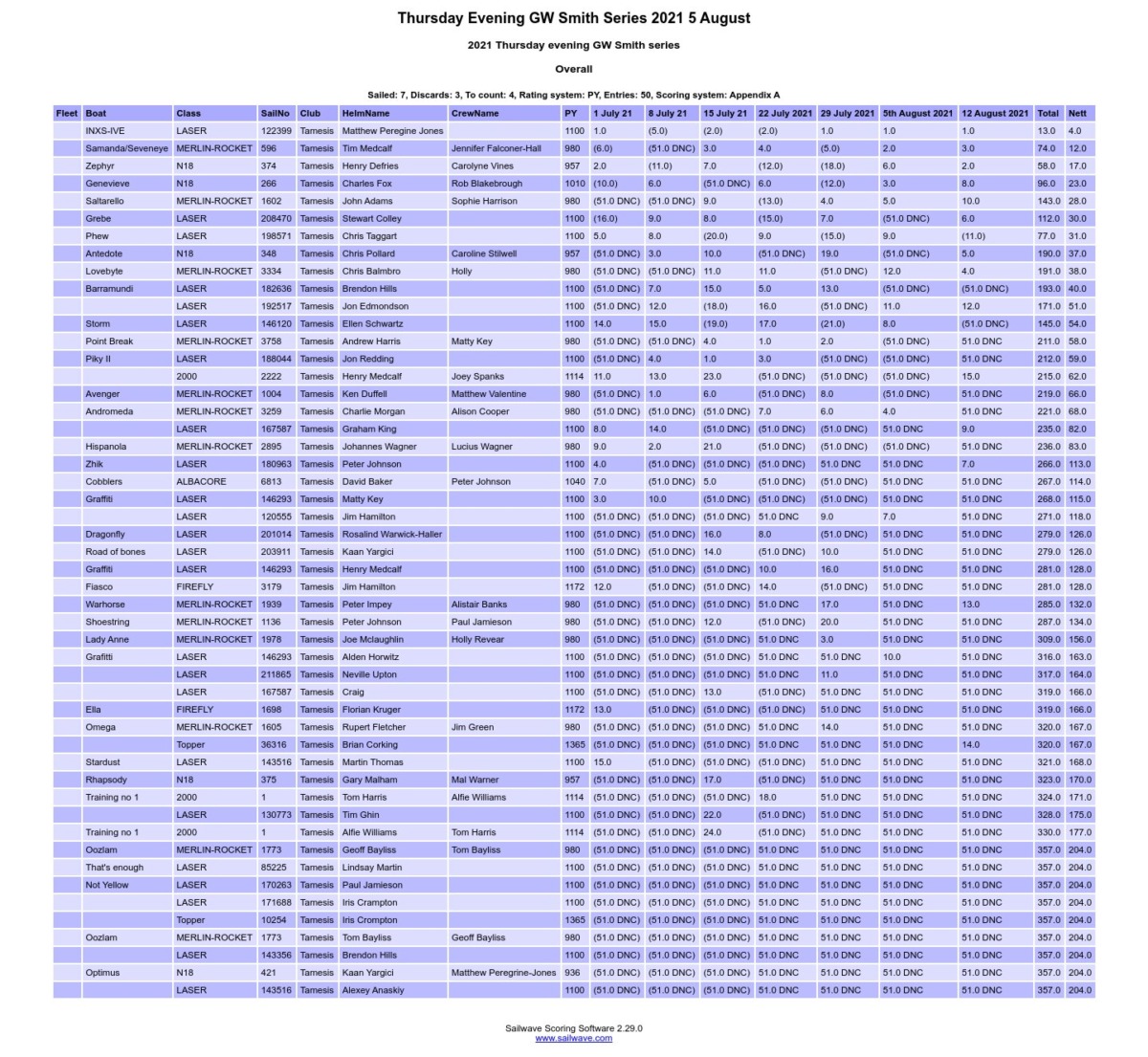