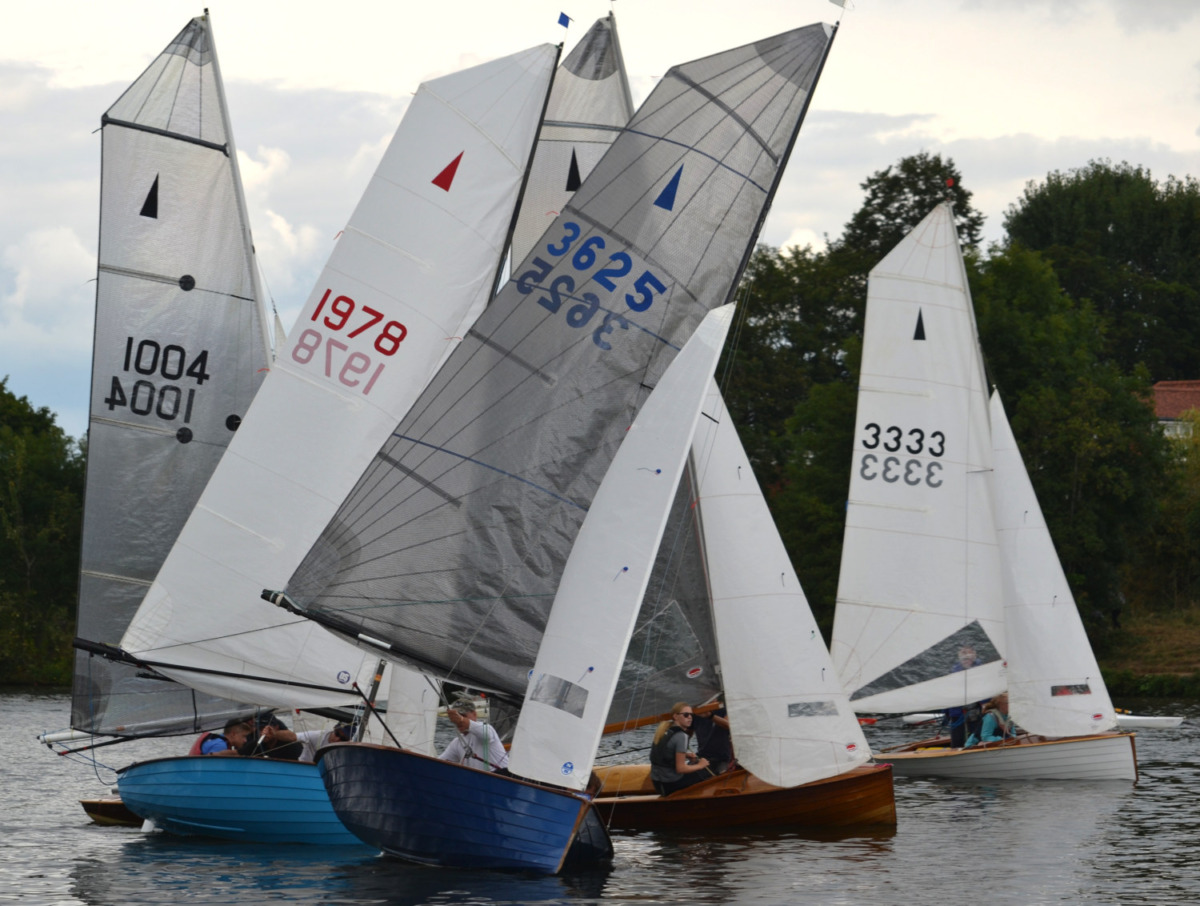 The forecast looked ominously lacking in that vital ingredient for sailing – wind.  So much so, that the late addition of a SUP race (see separate report) to the regatta schedule could have been the only on-water activity for the day.

Still, nothing ventured, nothing gained so OOD Matt P-J assisted by Garrie Mallen set a simple sausage course in front of the club and got the Merlin Rocket fleet away on time at 11, followed by fleets of Lasers, N18s and handicap which comprised our very welcome visitors from Minima Yacht Club as well as David Baker and Jim Green in their Albacore. 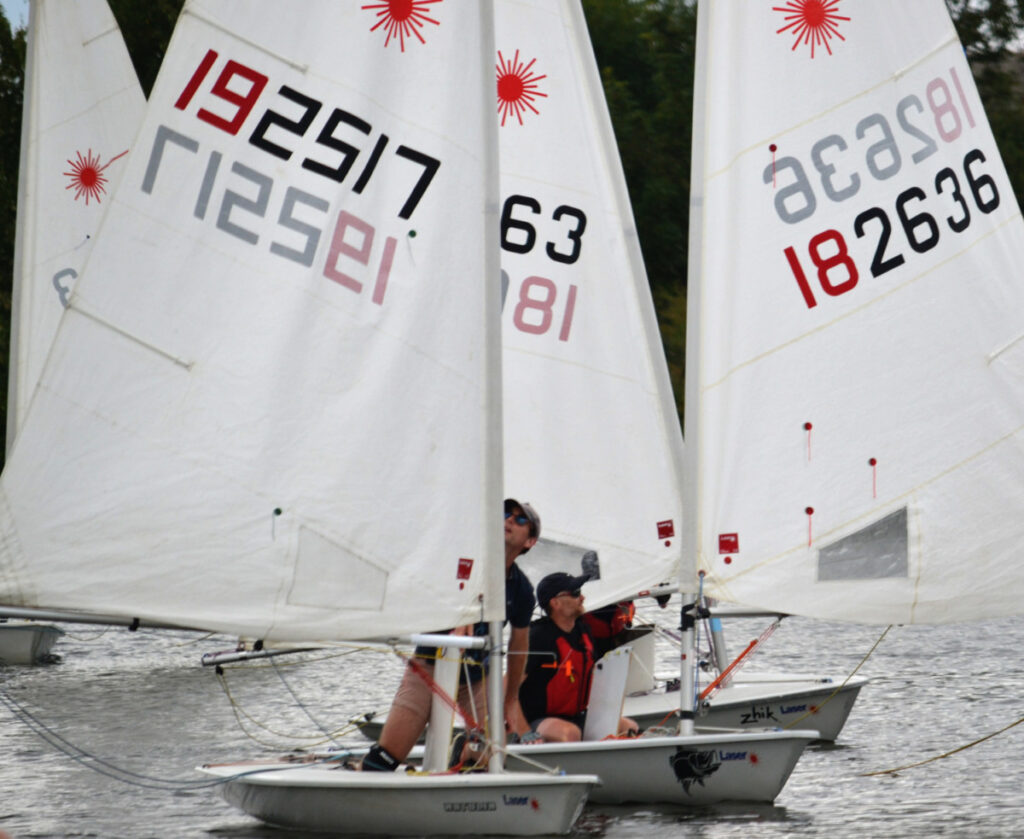 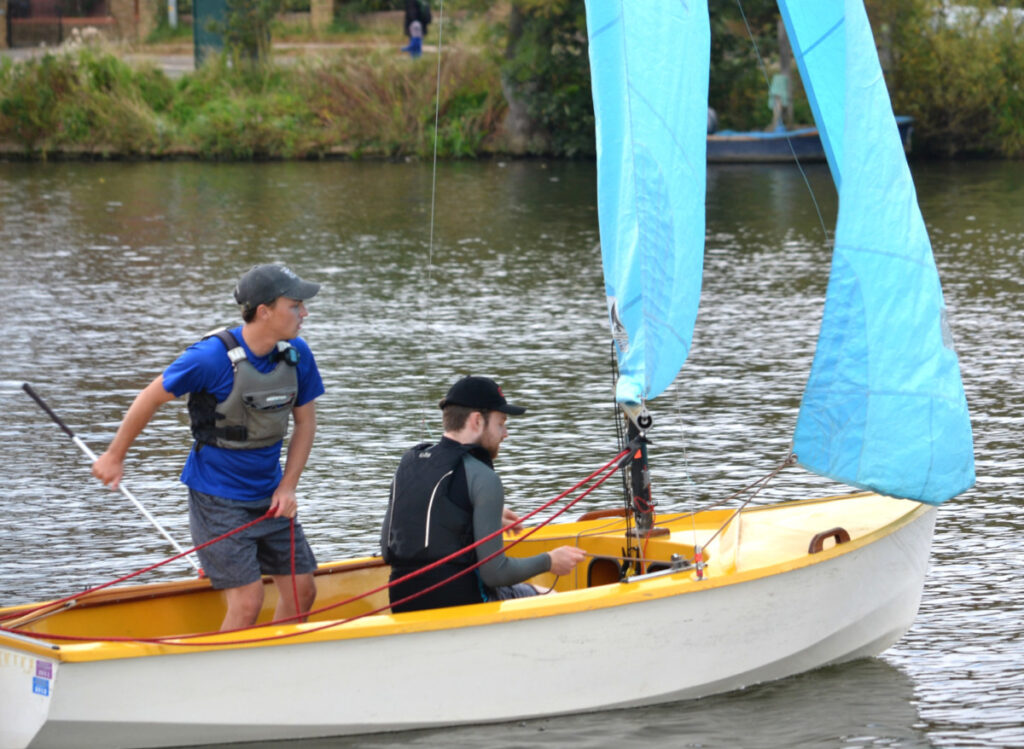 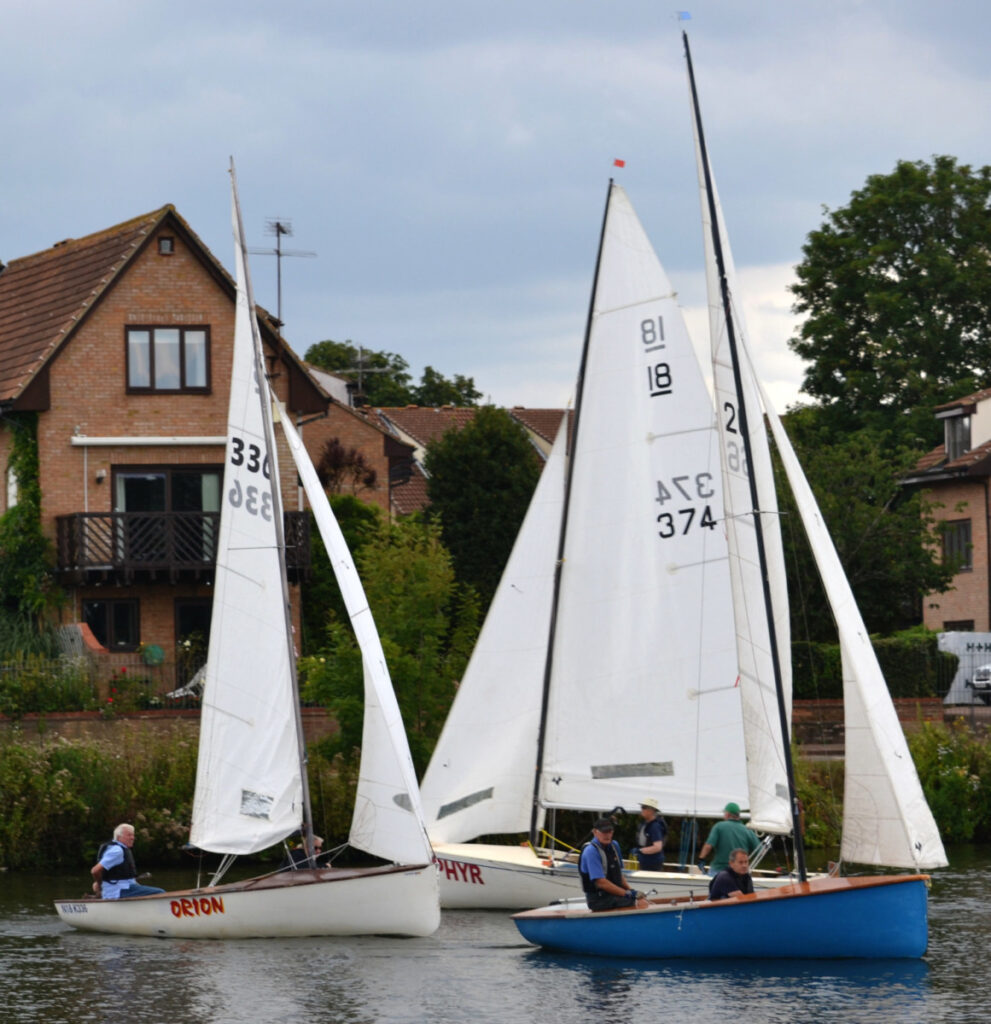 A series of three races were held across the day and the commentary on each would be the same – there wasn’t much wind but if you looked in the right places, and accepted the need to be constantly ‘changing gear’ there was enough to get round.  But only very slowly.

All fleets occasionally experienced the effect that any material gust of wind could render with placings changing quickly and anyone who was stuck in neutral being left behind.  A puff could also cause some comedicaly low speed bumping and barging at the marks which could have race-ending consequences if penalty turns were required.

It is a reflection of how trying the day was that the bar did a brisk trade in calming consolation drinks and a few racers were overheard saying that they’d prefer to be back playing golf as it is a less frustrating sport.

In the end, enough sailing was done for Matt to be able to determine a finishing order in each fleet with prizes being presented by Vice Commodore Peter Johnson. 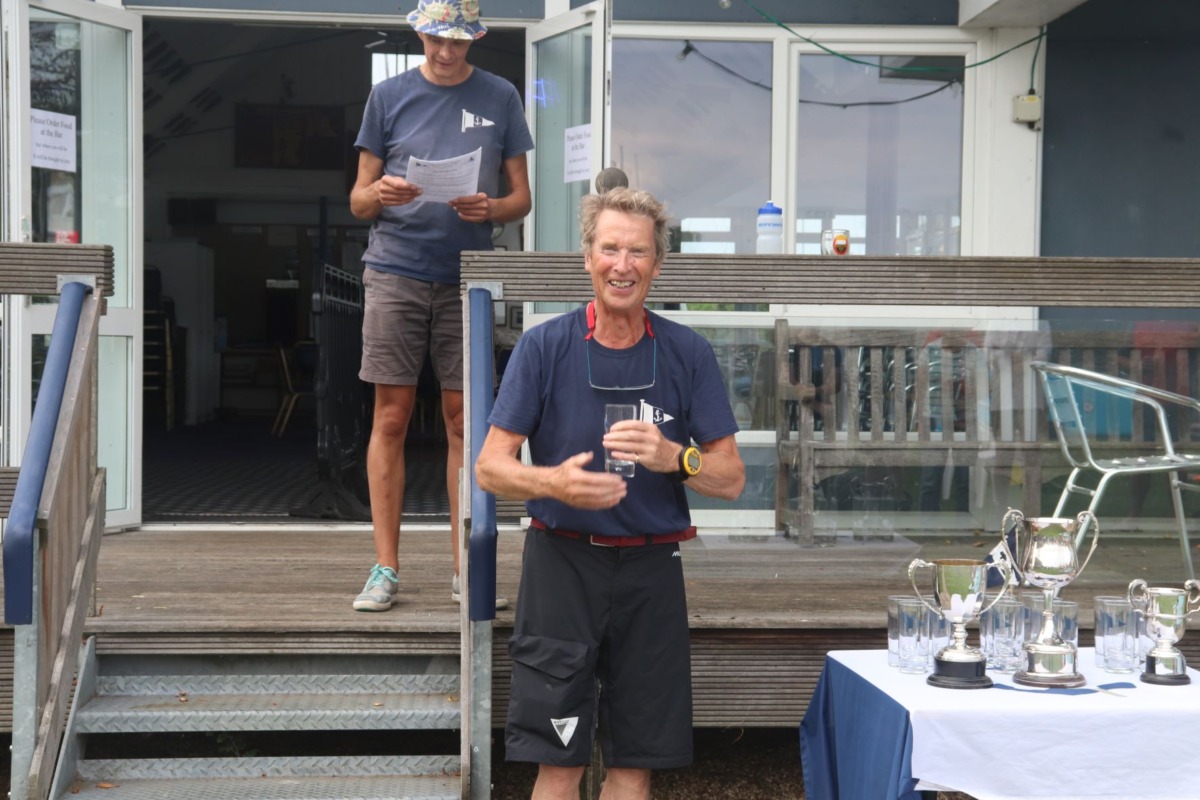 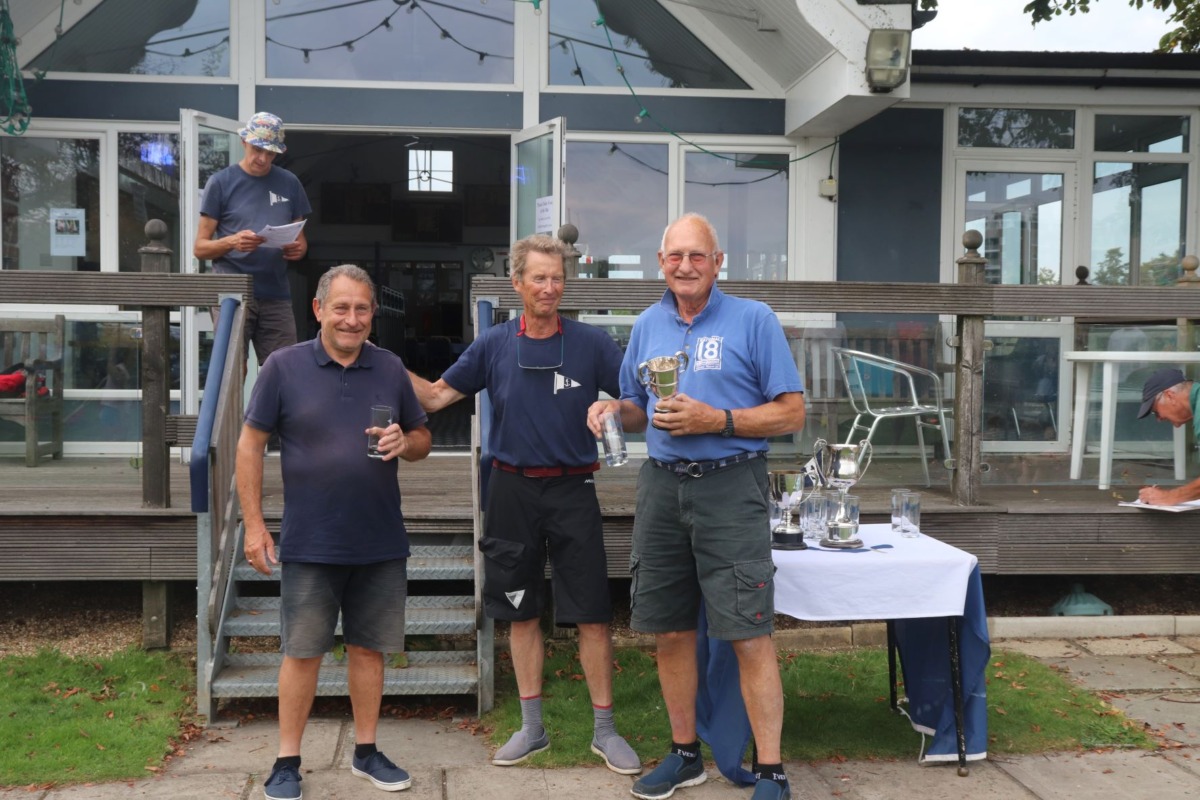 The N18 fleet was won by Charles Fox crewed by Roy Williamson. 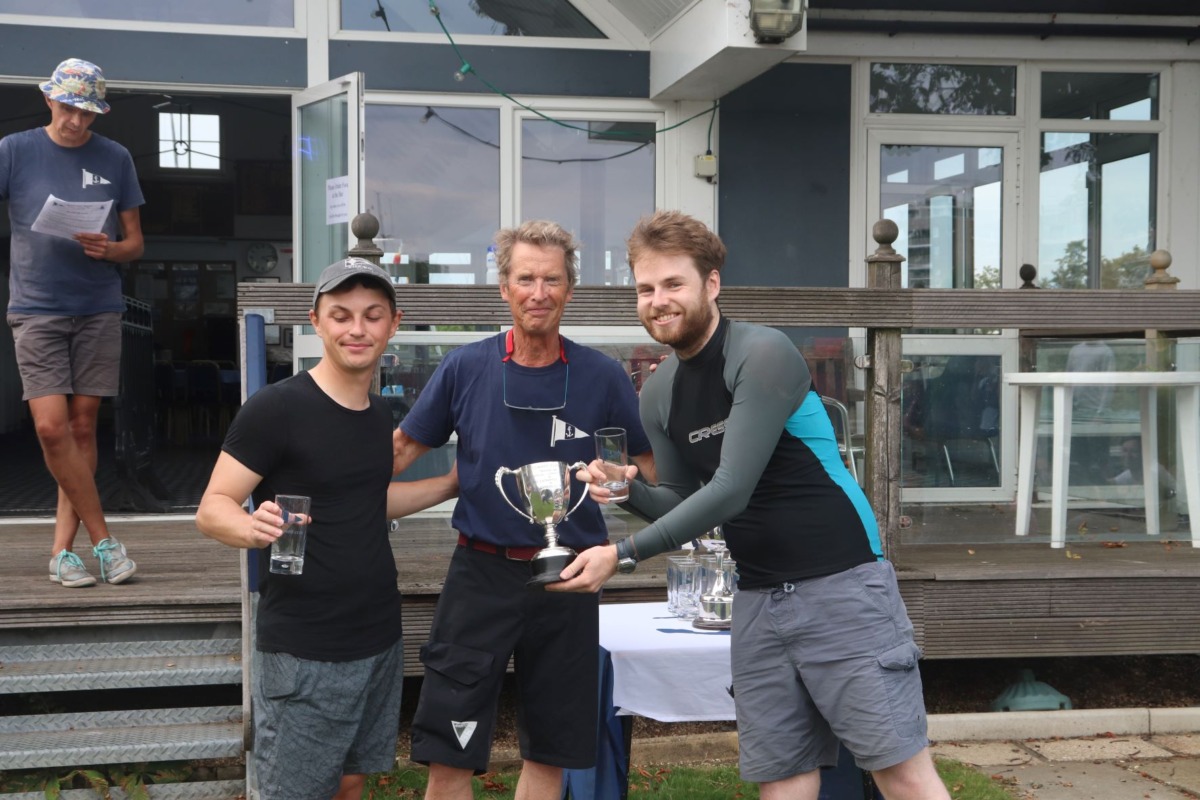 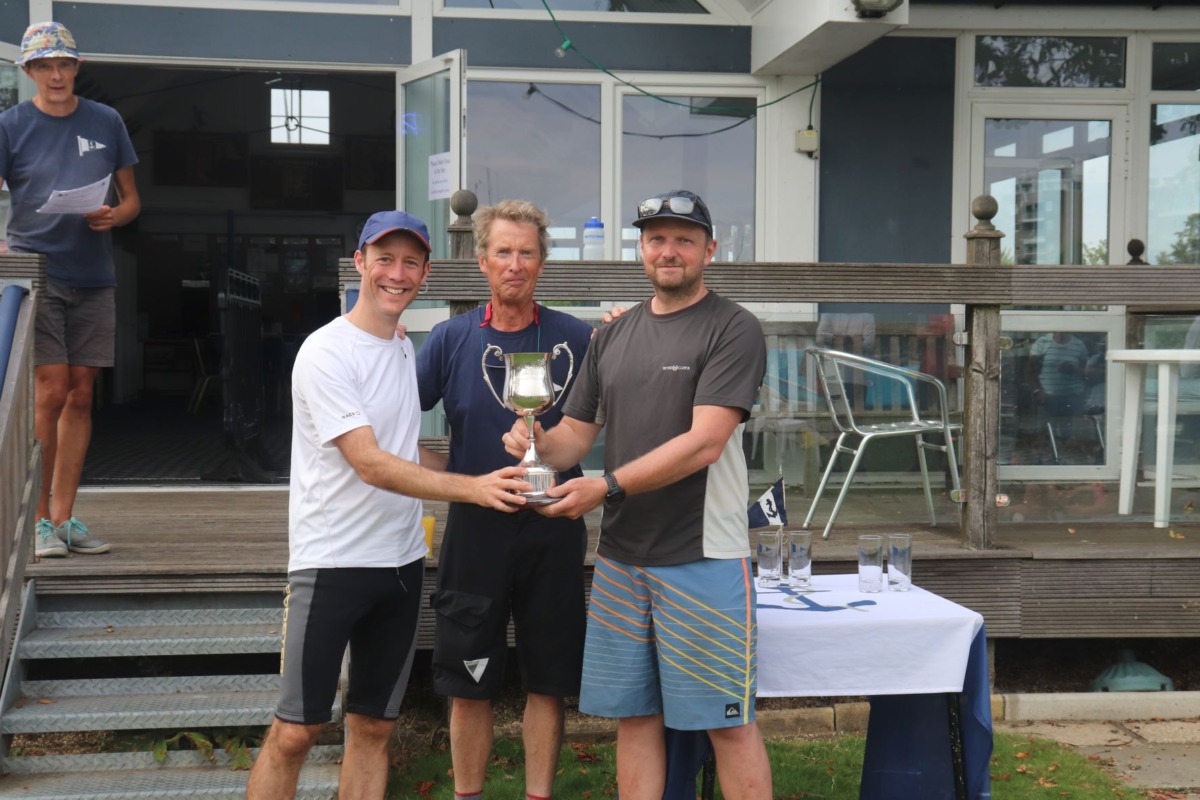 Finally, the Merlin Rocket fleet was won by Joe McLaughlin and Sean Roberts in ‘Lady Anne’, followed by Andy Harris and Matty Key in second, and Tim Medcalf and Flora Laidlow in third.

Thank yous are due to our visitors from Minima YC; to Matt P-J, Garrie Mallen, Geoff Malseed and Charles Tugendhat for running the racing and the patrol boats; to Henry Defries for wrangling the trophies and glassware; and to Nicky Johnson and David Wagner for managing the bar.  Finally, thank you to Jonathan Key and Carolyne Vines for the photos.