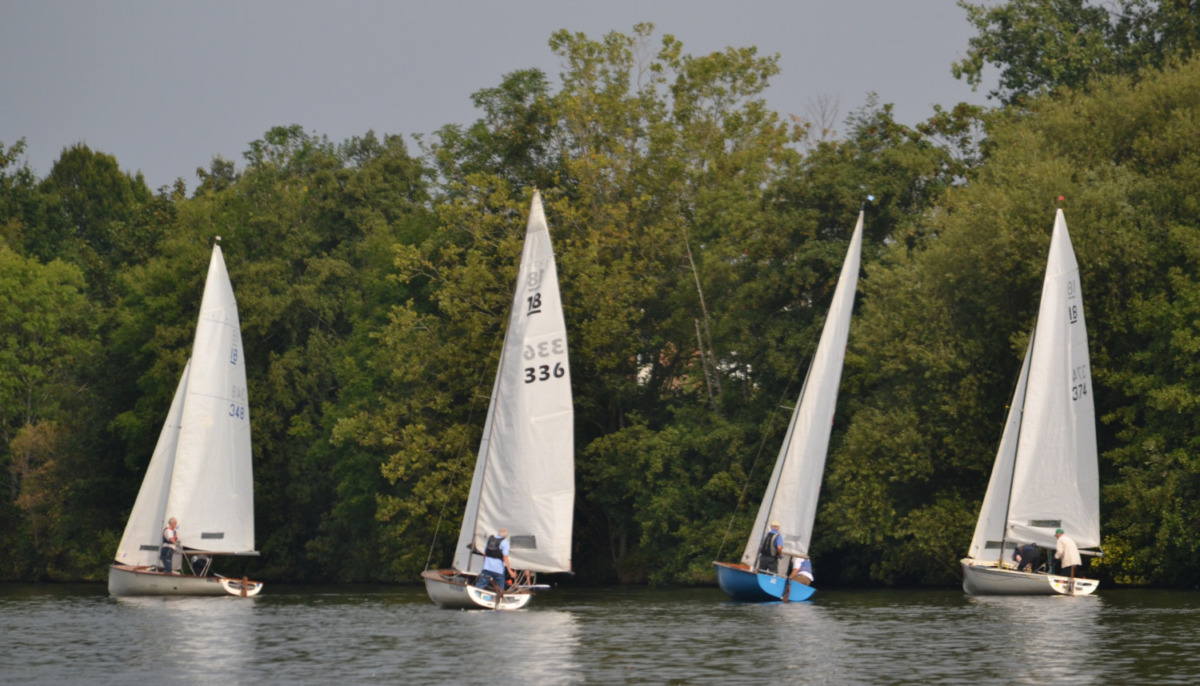 The forecast was for light winds and included a yellow rain warning.  Turnout was light for this reason and because many merlins had sailed in the opening meeting on Saturday.

The National 18s were competing for the Claude Russell Cup which was to last for two hours.  Unfortunately they didn’t finish before the very heavy rain shower, so came ashore very wet indeed.  The Commodore crewed by Alistair Banks got away very quickly and was not caught despite the best efforts of the other three National 18s.

Thanks to Jonathan Key for the photos. 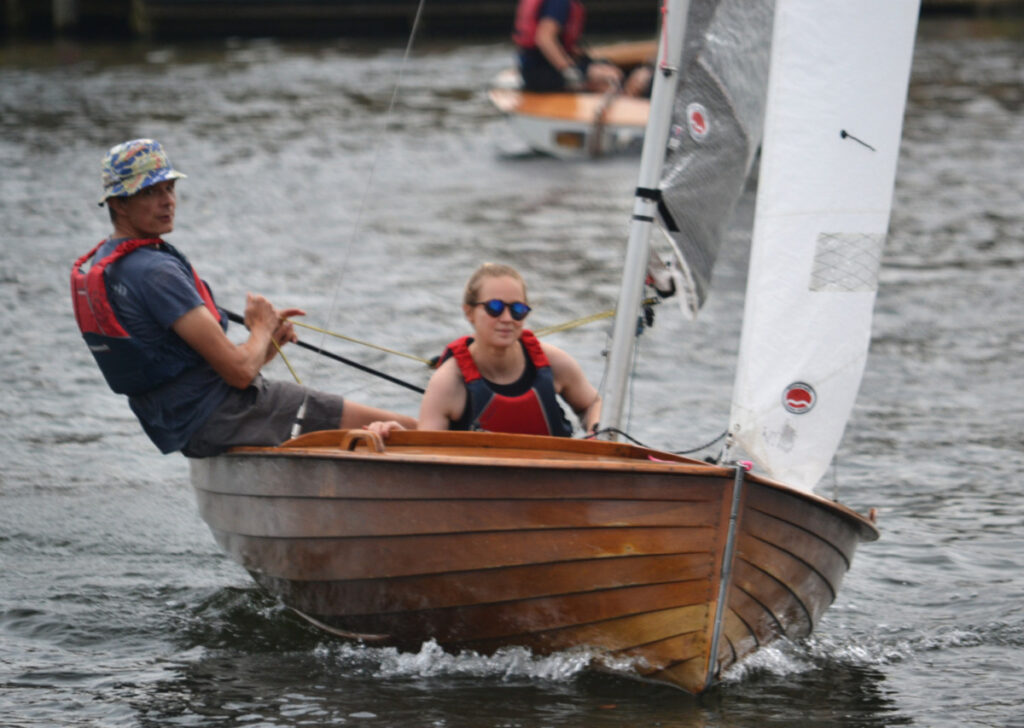 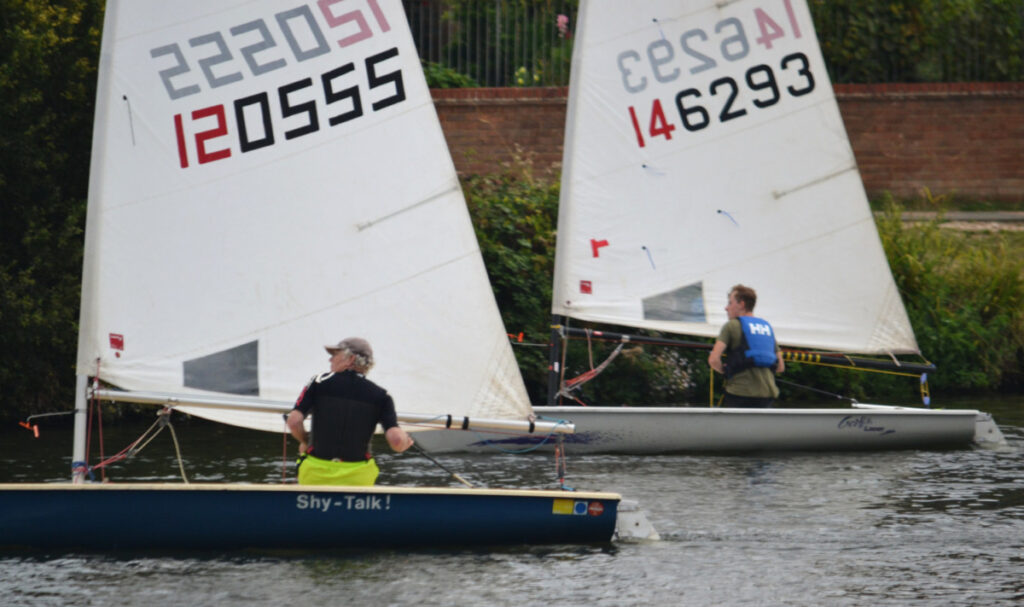