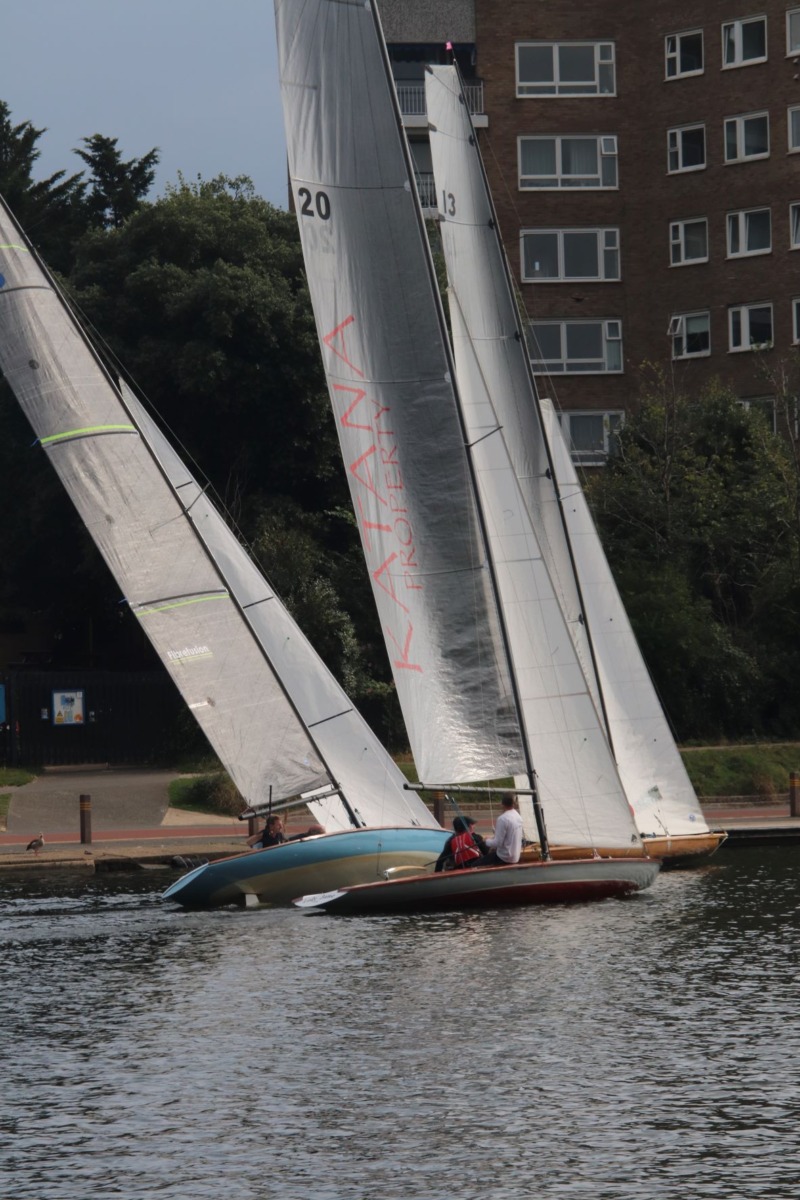 Tamesis welcomed seven Thames A Raters to celebrate the 150th (plus 1) anniversary of the founding of their home club Thames Sailing Club.

The first day of the event proved very disappointing as these magnificent craft drifted around the course. Osprey led almost from the start and opened up a big gap.  Scamp was over the line, but able to catch up into second and Vagabond third.  They decided not to do the second race of the day which should have been for the Yates Cup.

Sunday dawned brighter with a much better wind, though it proved very fitful and flukey in the first race which was started at 1015.  The course was set downstream to Lensbury  to avoid the morning rowing regatta above Stephens Ait. The second and third races which took place after lunch were much better – the course was set above the Stephens Ait where the wind was a southerly giving a great beat and run.

It was all to go for in the final race – Scamp had two firsts and a second, Osprey a first and two seconds.  Osprey clinched it by winning the final race with Scamp in third.

Our own Andrew Harris came fourth overall – first time helming an A Rater.

The Yates Cup was sailed for in the second race on Sunday and won by Scamp closely followed by Osprey and Vagabond.

Mark Laity, now Rater Class Captain has written the stunning ‘One hundred and fifty years of sailing on the Thames’ which includes Tamesis, Upper Thames SC, Minima YC and Henley SC.  Matt Kyte, Commodore of Thames SC presented a copy to Peter Johnson, Vice Commodore of Tamesis at the prizegiving.