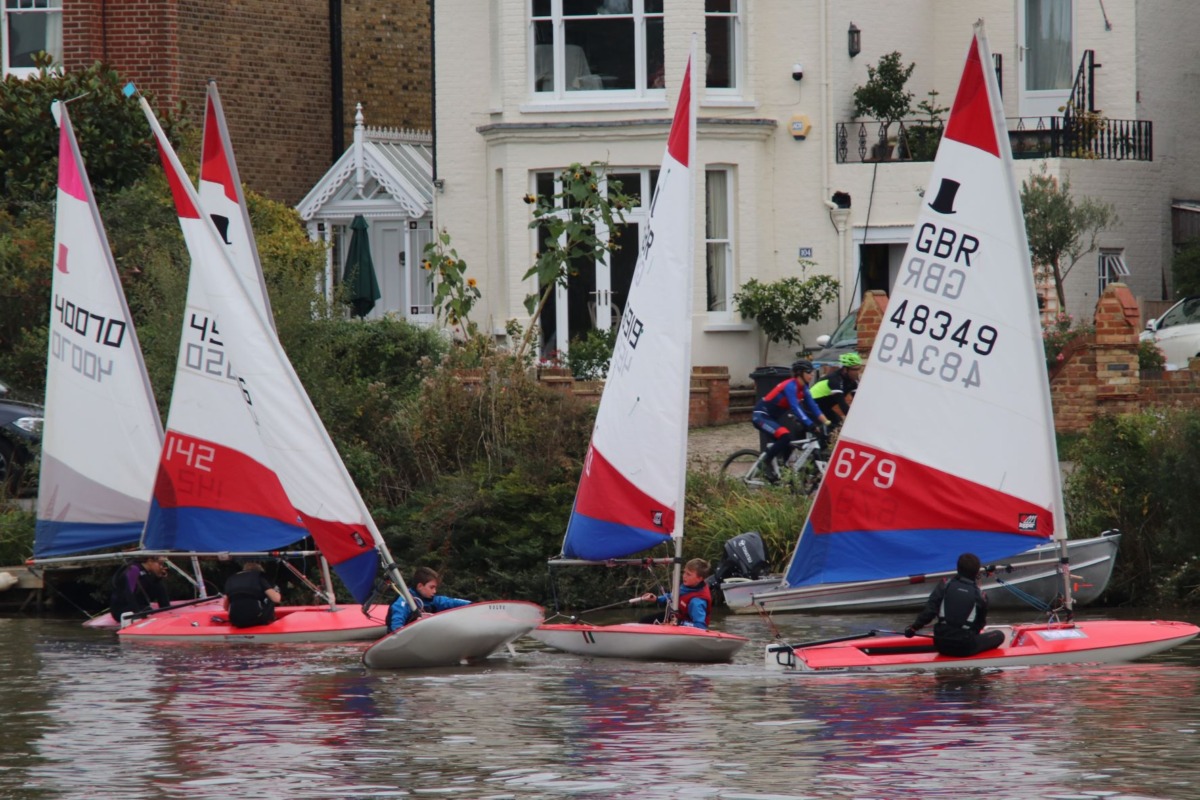 After last year’s Topper Open had to be cancelled, we were all looking forward to a forecast perfect Southerly.  Unfortunately this didn’t materialise, and competitors were greeted with no wind and a strong stream. 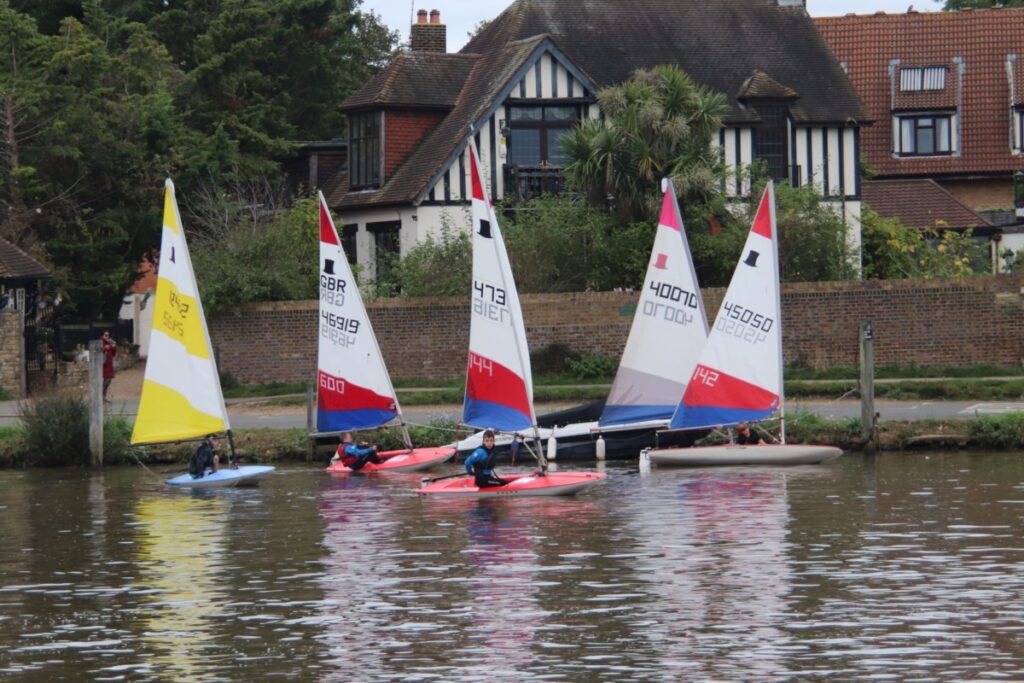 We were delighted to welcome five visitors from clubs including Desborough SC, Shoreham SC and Papercourt SC.

The fourteen doughty sailors were not deterred, and set off for the first race, but all found the conditions very difficult, even the very experienced visitors from Desborough SC which is much further upstream.  There was a bit of wind just after  the start, but it disappeared and they all drifted downstream.  The race was shortened, and everyone came in for lunch. 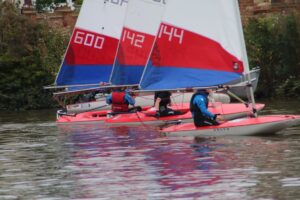 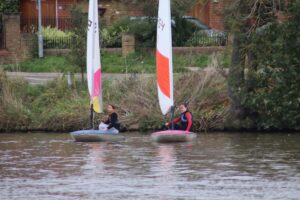 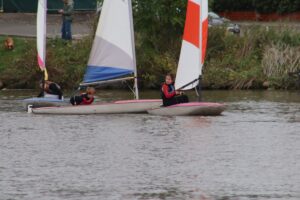 The second and third races were better as the wind increased and most were able to make it against the current. 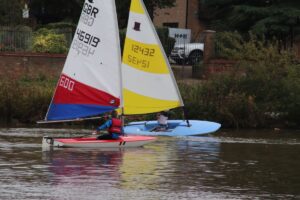 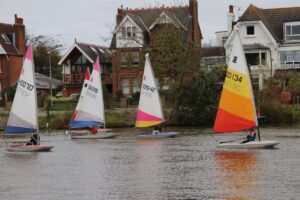 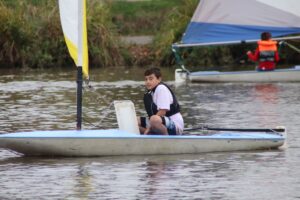 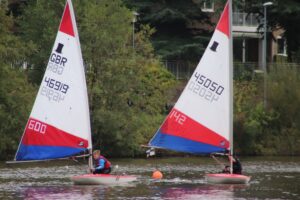 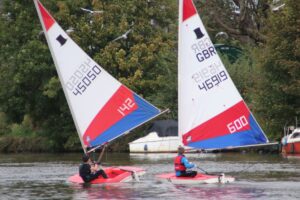 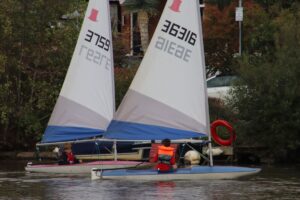 Many thanks go to the race team of Andrew, Nim and Tom Harris, Rupert Fletcher and Mark in the Patrol Boat, the latter two having to do quite a lot of towing. Carolyne Vines took the entry money and ran the bar.

A big tribute goes to Griff Tanner for encouraging the Juniors to take part.  Many had never raced before.  Their enthusiasm and perseverance was very impressive.  All those who went out received some sweeties, and all those who finished a race received a Tamesis glass.