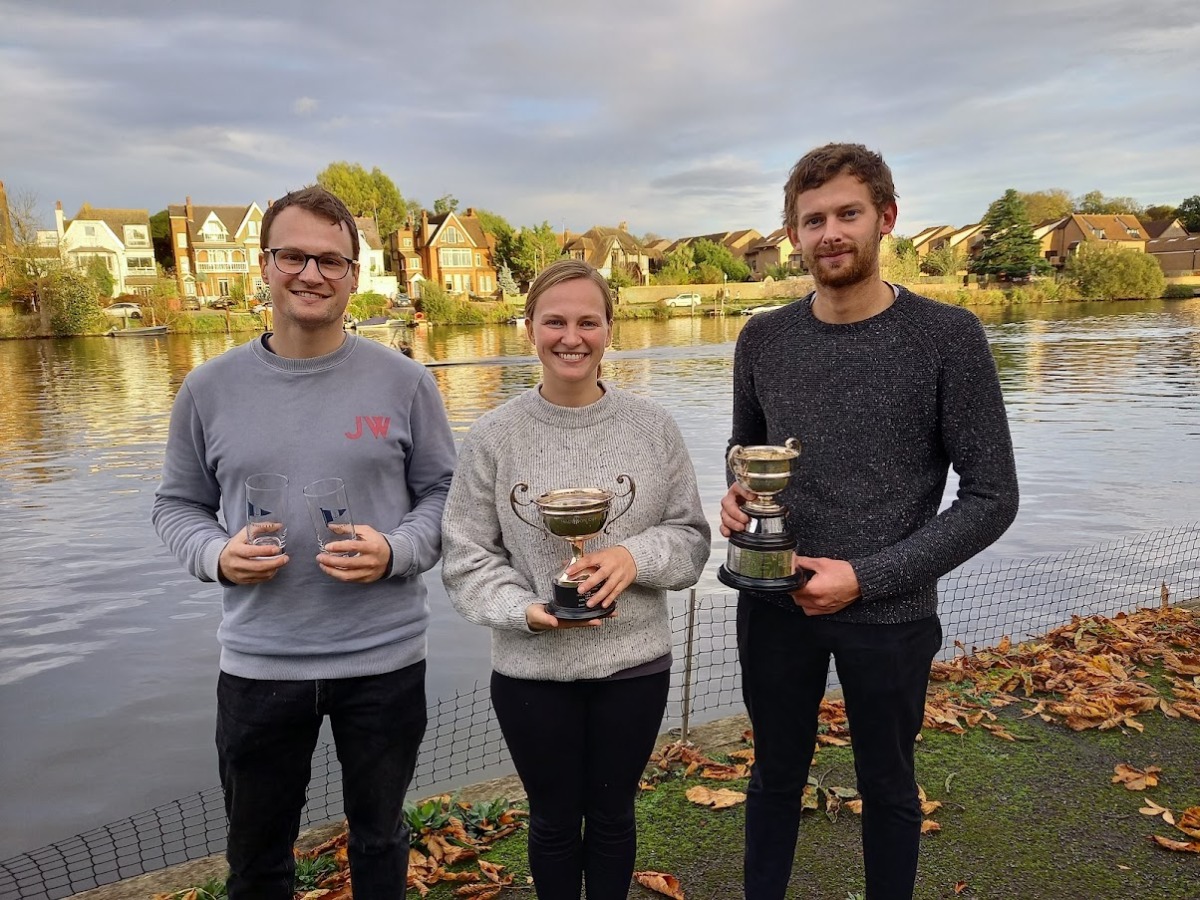 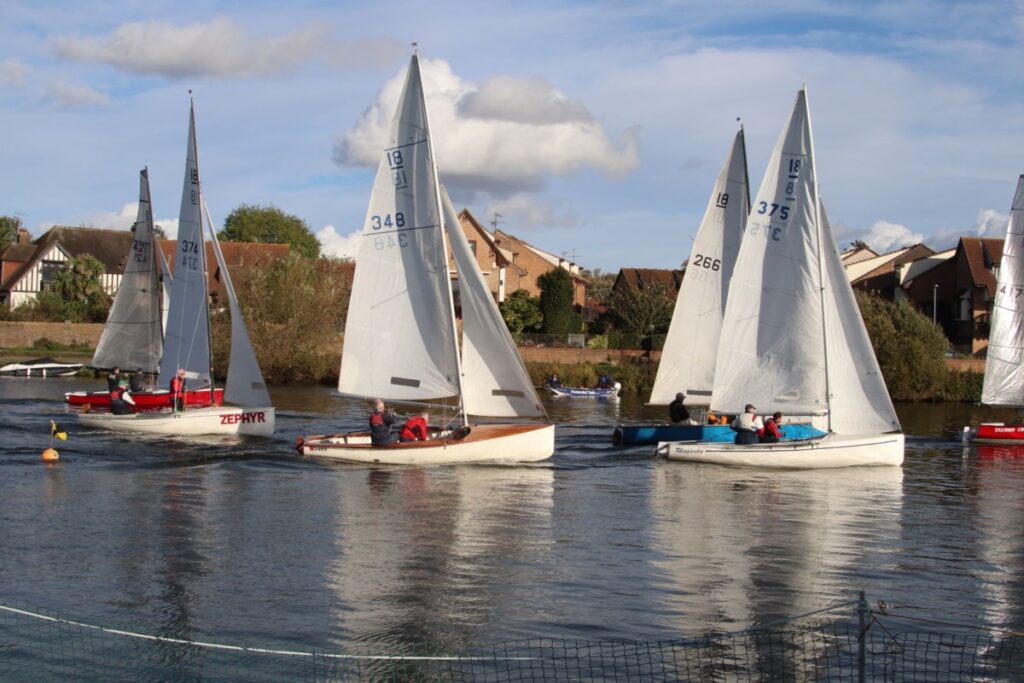 Six boats turned out for the delayed 18′ National Inland Championships on Saturday 30th October.  The event had been postponed from the 2nd October due to an adverse weather forccast, and there was a lot of concern in the week before whether it would be possible to run it on Saturday. One visitor had pulled out on Friday, another first thing Saturday due to torrential rain.  It was still very wet when boats were being rigged, but the rain stopped, and the wind dropped to a sensible strength, but still enough to propel boats against the now strong stream.

The fleet encompassed a range of 18′ from Genevieve (number 266), the first GRP hull designed by Ian Proctor to Ultimates Antedote, Zephyr and Rhapsody (the latter being the last Ultimate built) and almost newest Ultra designs Second Chance and Optimus Prime.

This year we combined two events – the Adelaide Cup and Tamesis Anchor are sailed for in the spring, early summer, but delayed again this year due to Covid 19 restrictions.  The Inland Championships comprises of two trophies – the Eighteen Cup and the Maddison Trophy, the former on PYS handicap and the latter on first on the water.

We were delighted to welcome Mary Henderson with brother Rob, and Rupert White back to the club.  This was Mary and Rob’s first race at the club since they were Juniors learning on a Saturday afternoon and going on to race very successfully in several classes, including Mary’s recent win crewing Olympian Luke Patience in the prestigious invitation Endeavour Trophy. 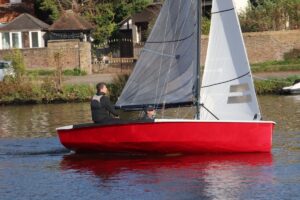 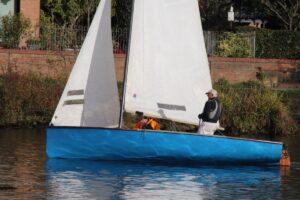 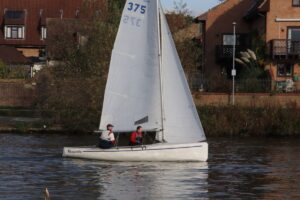 Jim Green (morning OOD) set a starboard hand sausage in front of the club which stayed the same length for the first two back to back races.  Our visitor – Mary Henderson crewed by brother Rob and Rupert White pulled away fast from the start and led to the end of both races.  The subsequent places were closely fought for by Kaan Yargici crewed by Theo in Optimus Prime, Henry Defries and Carolyne Vines in Zephyr, Chris Pollard and Peter Bide in Antedote, Garrie Mallen and Alistair Banks in Rhapsody, not forgetting an off form Charles Fox and Ron Williamson in Genevieve.

A welcome break for a sandwich lunch and drinks from the bar, and we were back to business.  Two more races for the Inland Champs and one more for the Adelaide Cup/Tamesis Anchor. 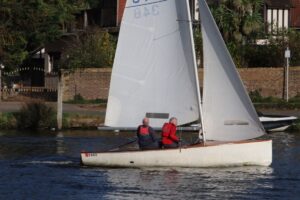 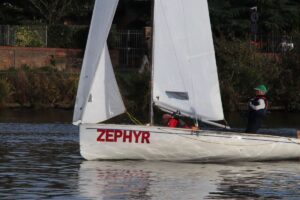 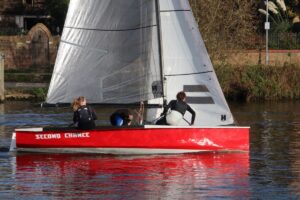 Mary led from the start of both races, with the rest of the fleet chopping and changing positions throughout.    The wind had dropped some more, so Martin Thomas the afternoon OOD shortened the course for the third race, and even more for the fourth.  Kaan crewed by Peter Impey in Optimus Prime started making inroads on Second Chance, but not enough to beat them.

The tired crews came in for drinks, tea and cake, and the prize giving.  The prizes were announced by Commodore Chris Pollard, and given out by Class Captain Henry Defries.

Our thanks go to the Race Team of Jim Green, Martin Thomas and Caroline Stillwell in the box and the George and Matthew Barber in the Patrol Boat.  Great sandwiches and drinks were provided by Nicky Johnson, with help from Peter Johnson in the bar.