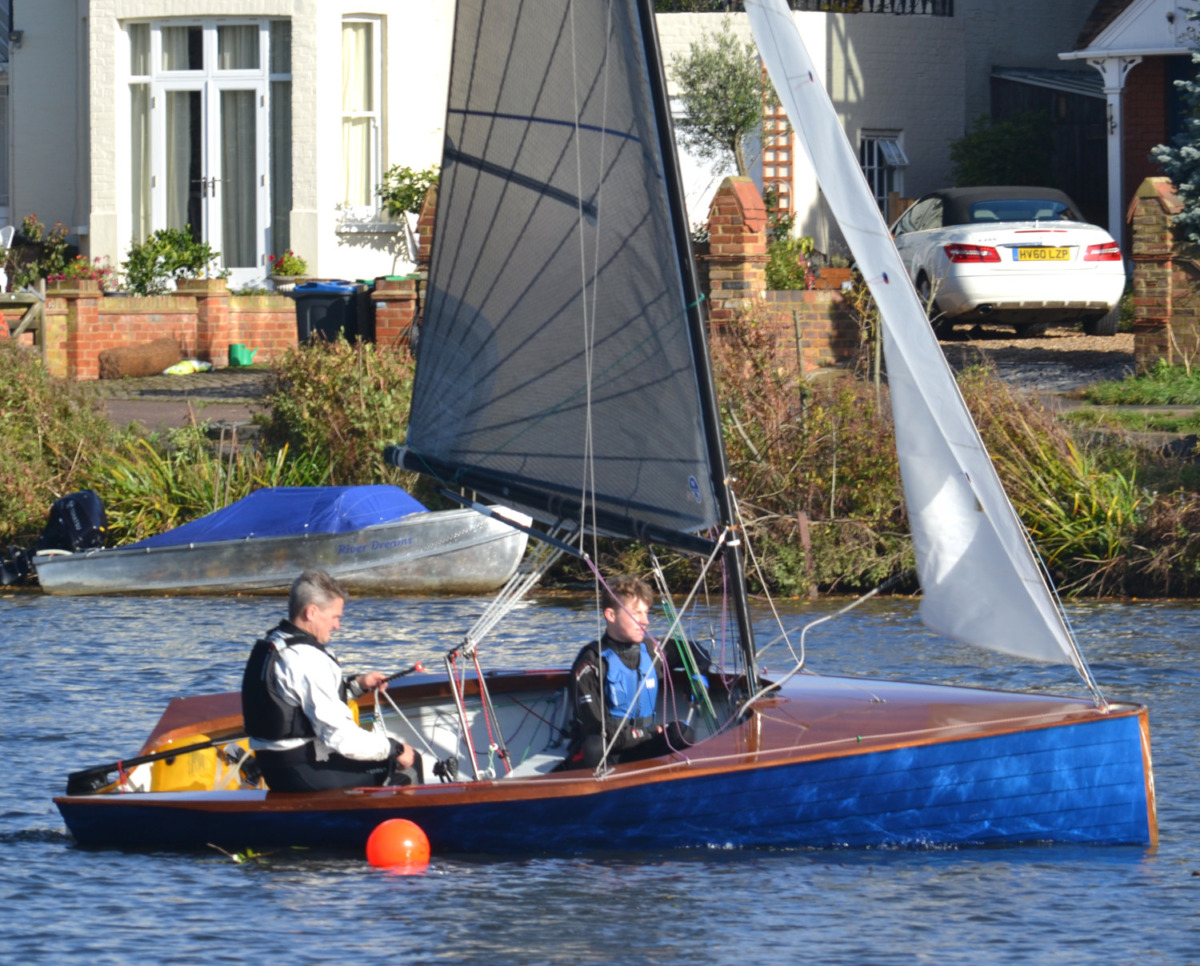 The weather forecast indicated that there would be little chance of racing even though an agreement had been forged with the Outrigger Canoes to allow us across their Half River Closure.  At 10:00 it looked like the forecasters were right, with driving rain and monster gusts.  We almost abandoned at that point but the arrival of intrepid sailors and a distinct improvement in the weather allowed a combined Merlin and Laser start.  Two of the Lasers had exciting starts but the race was completed and the Canoes were happy with the way we avoided them.  Andrew Harris, crewed by Matty Key, brought their Merlin home first with Matty Valentine being first of the Lasers, followed closely by Alexey Anatskiy and not so closely by Nev Upton and Peter Impey.  But well done to all for braving the elements, which actually calmed down considerably during the race.  I should like to thank Joe Woods as OOD, assisted by Ken Duffell in the Box, with thanks also to Mark Gardner for running the Patrol Boat.

This was the day the RNLI Christmas stand was at the Club and despite the weather there was a good turn-out by Club Members and hopefully they made plenty out of us.  The hoped-for appearance by the Teddington Lifeboat, unsurprisingly, did not materialise.  There was a Fish Pie lunch from Nicky Johnson which was well received and thank you also to David and Yann who, again, ran Phil’s Bar.