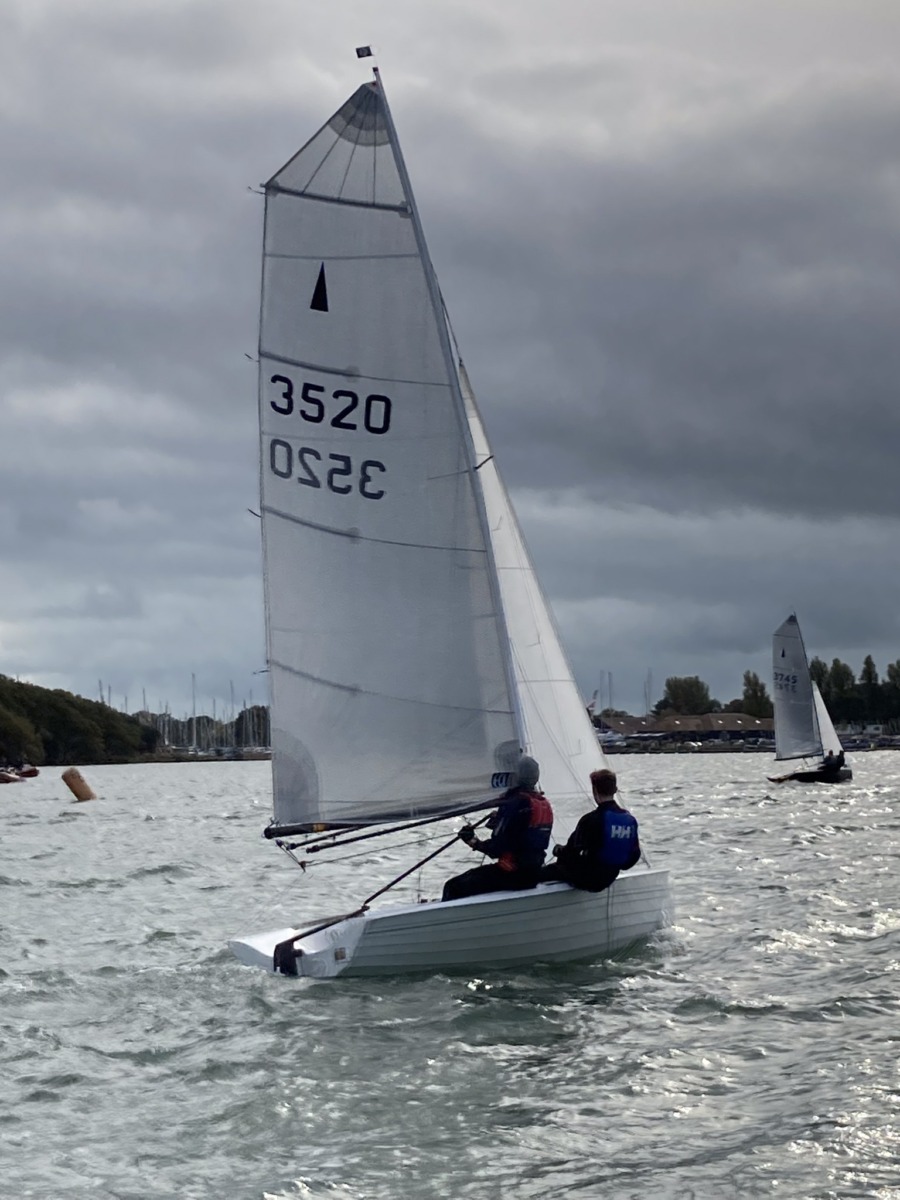 The Merlin Rocket class’s Silver Tiller series has long been one of the pre-eminent dinghy racing competitions in the country.  The trophy itself was presented by J Duncan-Ferguson in 1950.

Comprising about 20 race days in a ‘normal’ year, they are categorised as being either sea, open water, or restricted events.  Tamesis Club is selected to host an event on alternate years – not surprisingly, our event falls in to the ‘restricted’ category.

In order to qualify for the final prizes, crews need to complete races at each type of venue which means that the Silver Tiller is an award that recognises the best all-rounder across all disciplines.

Each event also awards prizes for the winners of Gold, Silver and Bronze fleets; this racing is open to MROA members and is determined by level of previous Silver Tiller experience.

So, plenty for everyone to shoot for, regardless of age of boat.

The 2021 Silver Tiller calendar has been back-weighted due to the threat of COVID cancelling events earlier in the year; a sensible move.

Handily, there are several events within a reasonably short drive of Tamesis Club and so Team Seveneye decided to go and have a look.

The first event saw Tim and Flora Laidlow take part at Wembley SC which was the scene of Tim’s last involvement in the Silver Tiller 35 years ago; there were a few flashbacks to a day when the wind boxed the compass and confusion reigned both on the course and in the front end of the boat.

The second outing was to Chichester Yacht Club where Tim and Matty Key gave the racing a go.

Both venues provided the opportunity to really get Seveneye up and moving with three sail reaching/downwinds being the order of the day.  Wembley was breezy, Chichester was just plain windy! 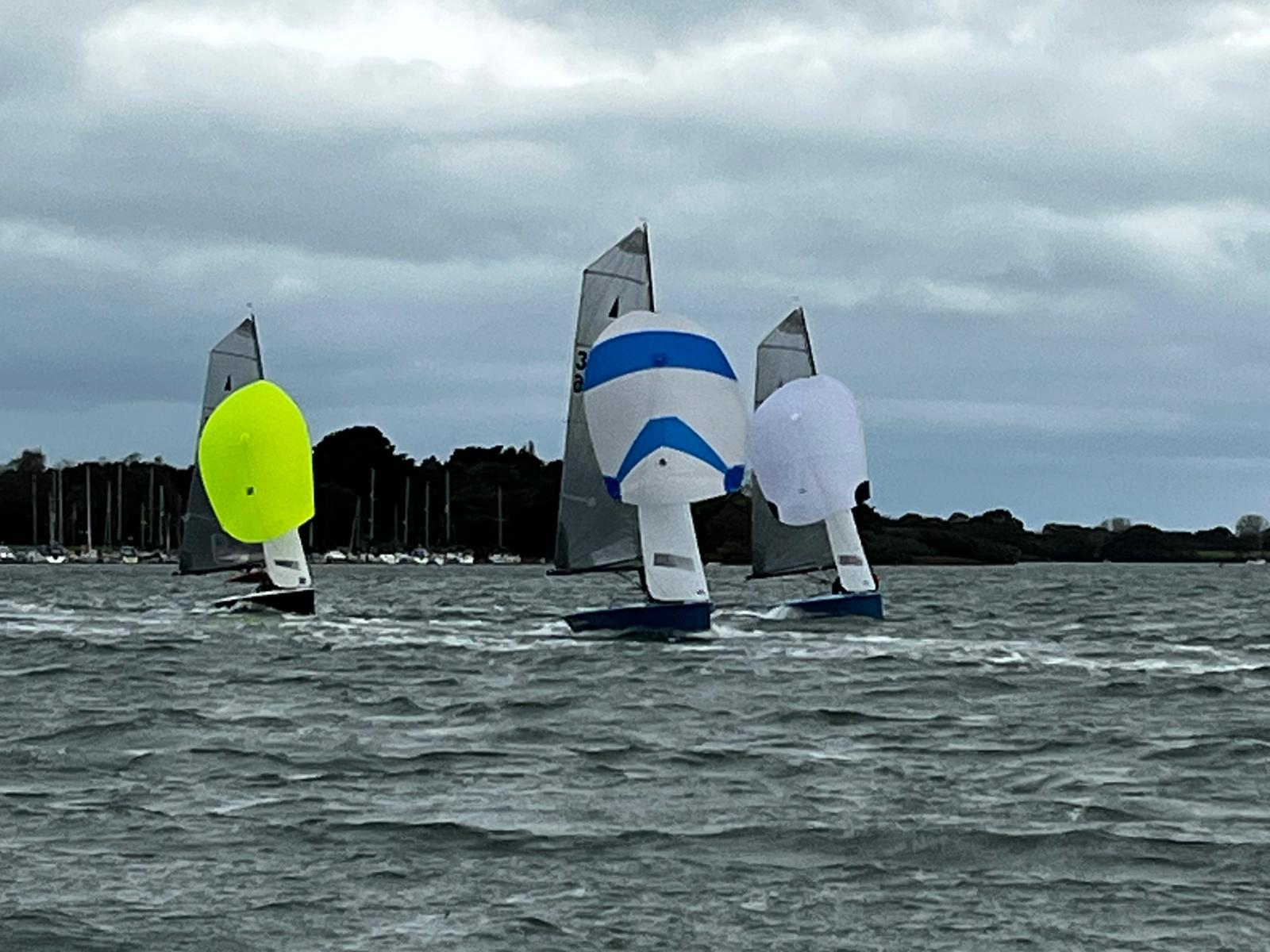 The dinghy racing hardware on display in the boatpark before each event was both intimidating and impressive but this slightly daunting first impression was softened by the warmth of the welcome from members of a high class fleet and home clubs for a crew who were clearly new to the circuit.

There were also a few former Tammy members on hand to provide a tip here and there, thank you Caroline Croft and Mary Henderson.

The racing followed a similar pattern with Team Seveneye making good starts but then being left trailing in the wake of the hotshots to battle with the other less quick crews.  As the old saying goes ‘two boats is a race’ and so it proved with some tight manoeuvring and competition even at the back of the fleet.

Racing three hour-long races back-to-back is a proper outing, especially if one is used to a relatively short, sedate weekly jaunt on the river; taking a bag of snacks was a life-saver.  The Wembley event saw the patrol boat provide each competitor with chocolate and bottles of water between races, most welcome!

What of the results?  Well, Team Seveneye didn’t come last, beat a few boats, learnt a lot, managed some testing conditions which saw more experienced crews retire, collected the Bronze Fleet win at CYC, and had a lot of fun.  Matty discovered the challenge of doing ‘proper’ hiking and is currently building himself a hiking bench so he can practise while doing his homework.  Flora discovered that chocolate cake is the ideal post-sailing recovery food.

The point of recounting this tale is actually to encourage more Tamesis Club racers to have a go at competing ‘abroad’ – we are spoilt for choice in terms of events within our region for all classes of boat and it would be great to see more members taking up the challenge.