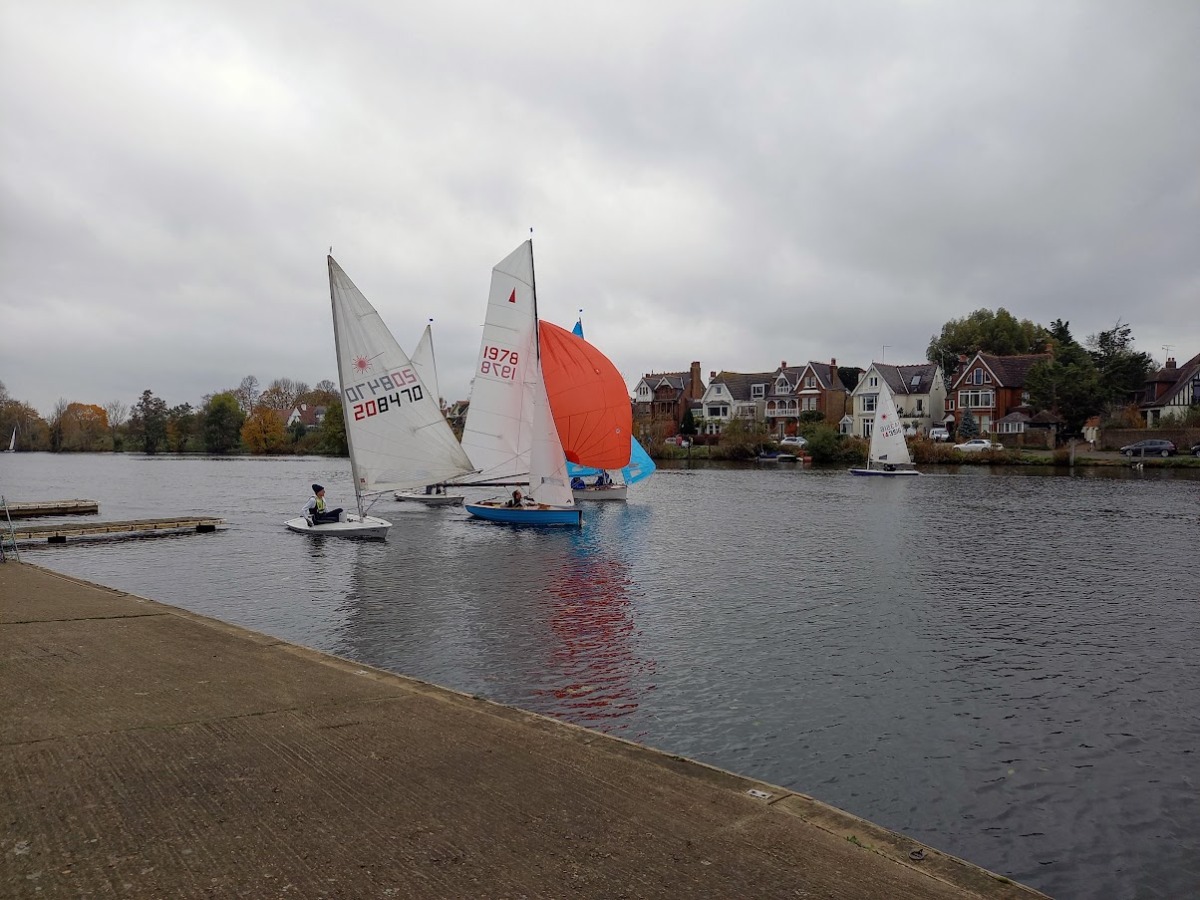 The turn out was good this morning despite the low cloud and gentle breeze northerly breeze. The course was set in front of the club.

Nine Lasers crossed the line at the usual start time of 1030.  Matty Valentine led in the first round, to be overhauled by Stewart Colley and then Henry Medcalf.  Stewart won convincingly with Matty chasing Henry.

The two minutes silence was observed at 11am, and the Ensign was lowered to half mast.  The Lasers stopped where they were and held station for the two minutes.

The two 18′ Nationals started at 1115.  Charles Fox and Robert Blakebrough  in Genevieve led from the start.  Unfortunately Mal Warner and Beatrice Russ in Orion had to retire.

The merlin start was nail biting – all seven right on the line, but no one over.  Big sigh of relief all round.  Joe McLaughlin and Sean Roberts in Lady Anne led from the start, Richard Harris and Emma Macdonald in Passing Cloud only nearly overtaking them at the end.  Andrew Harris and Chris Martin in Point Break came an easy third.

My thanks to my helpers – Henry Defries in the box and Florian Krueger and Jennifer Falconer Hall in the Patrol Boat.  Thanks also to David, Yann and Jack in the bar.

Photos by the author.

Please also scroll down to the end of the website and look at Chris Wade’s fantastic pictures on the Facebook page.