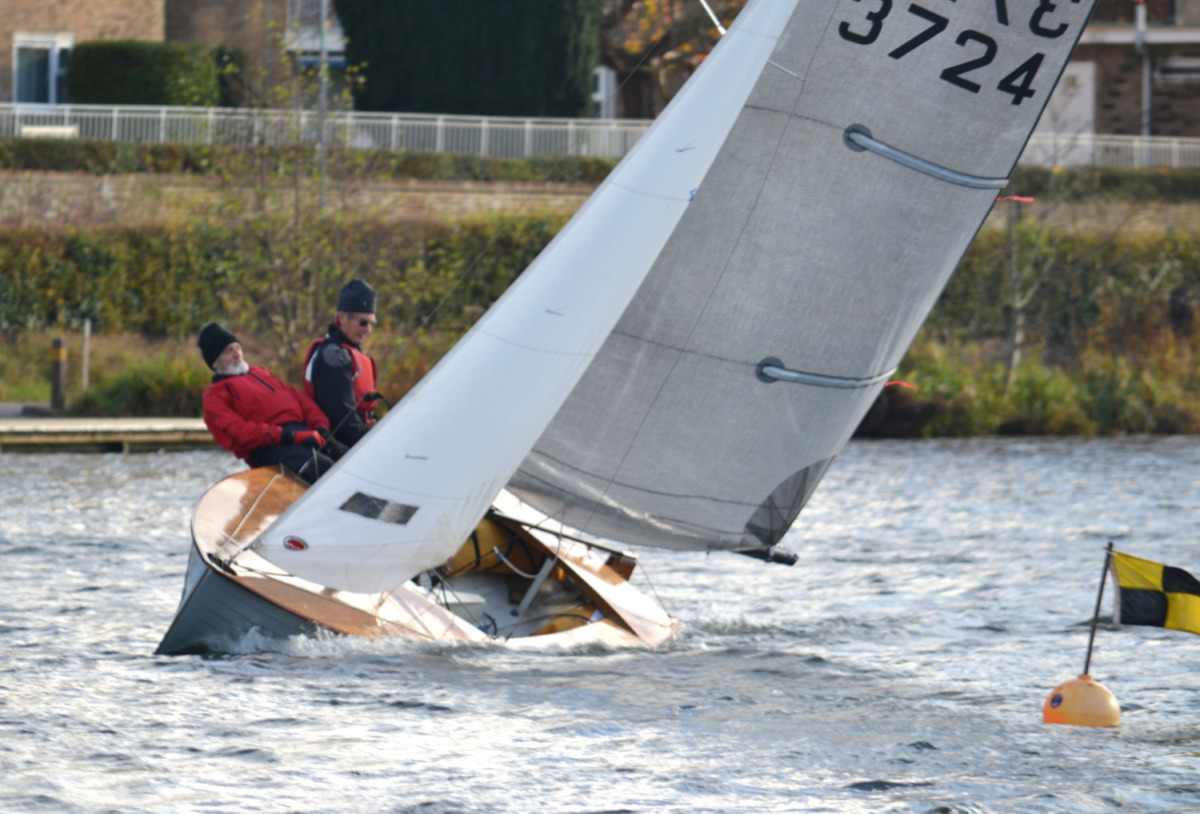 They say ‘it’s an ill wind that blows no good’ and while the general population of Teddington Reach may not welcome a lively northerly,  Tamesis Club sailors are delighted to have one come and visit.

It was an easy course selection for the Box team of Peter and Richard Mason, a windward-leeward sausage with the wind providing enough shifts and twists to penalise the inattentive and benefit those who had their eyes out of the boat.

While the course was familiar, the club would like to recognise a couple of firsts.  Leela Siebert-Patel stepping up to crew in a Merlin Rocket under the skilled eye of helm Matt P-J, and also Matthew Valentine who raced his new Laser for the first time.  Well done to both these enthusiastic Juniors, we look forward to seeing you out racing in the coming weeks. 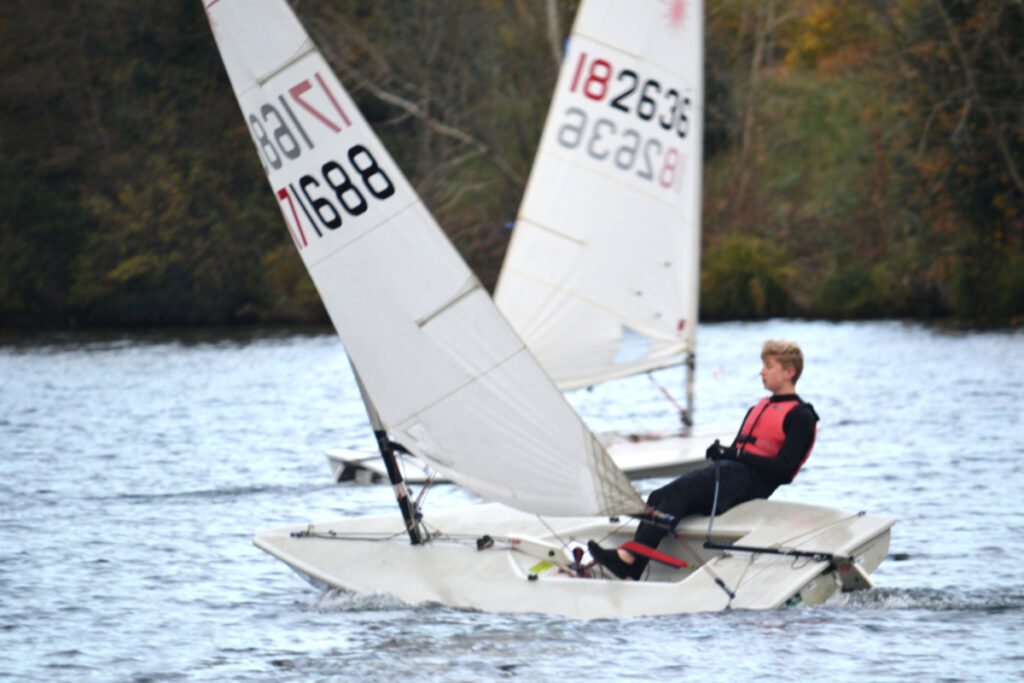 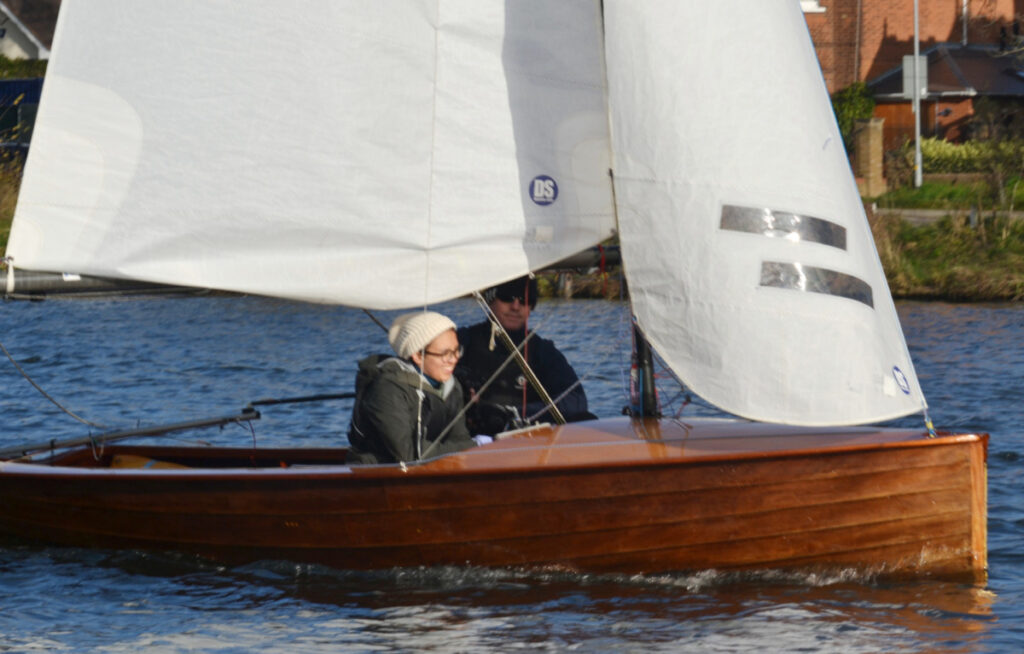 Seven Lasers opened proceedings and they were soon aware of the presence of Jon Redding, but only briefly, as his transom disappeared ahead.  Behind Jon, your correspondent took the opportunity to check his wetsuit still worked just before the first windward mark, had a prolonged swimming lesson, and then remounted at the back of the fleet.  All helms had their moment of needing to ease early, ease less as well as balancing on a swaying hull having been caught by a gust that forced them by-the-lee.  In the end, Jon Redding had a comfortable win from Tim Medcalf who managed to keep ahead of the charging Brendan Hills. 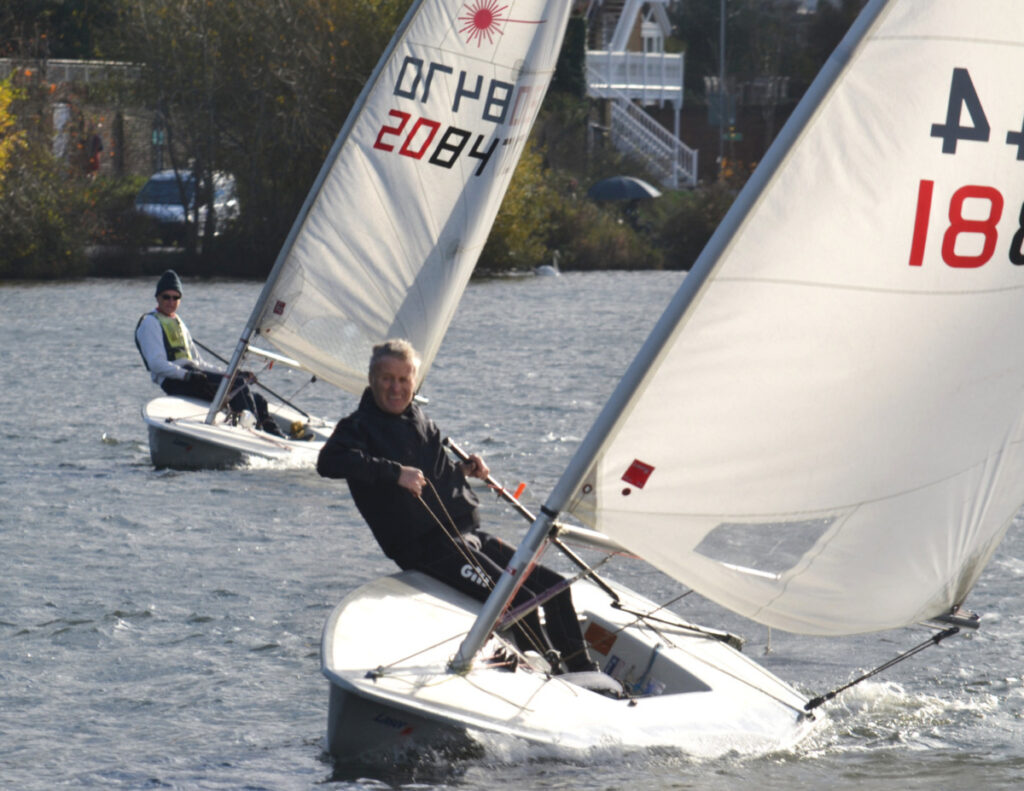 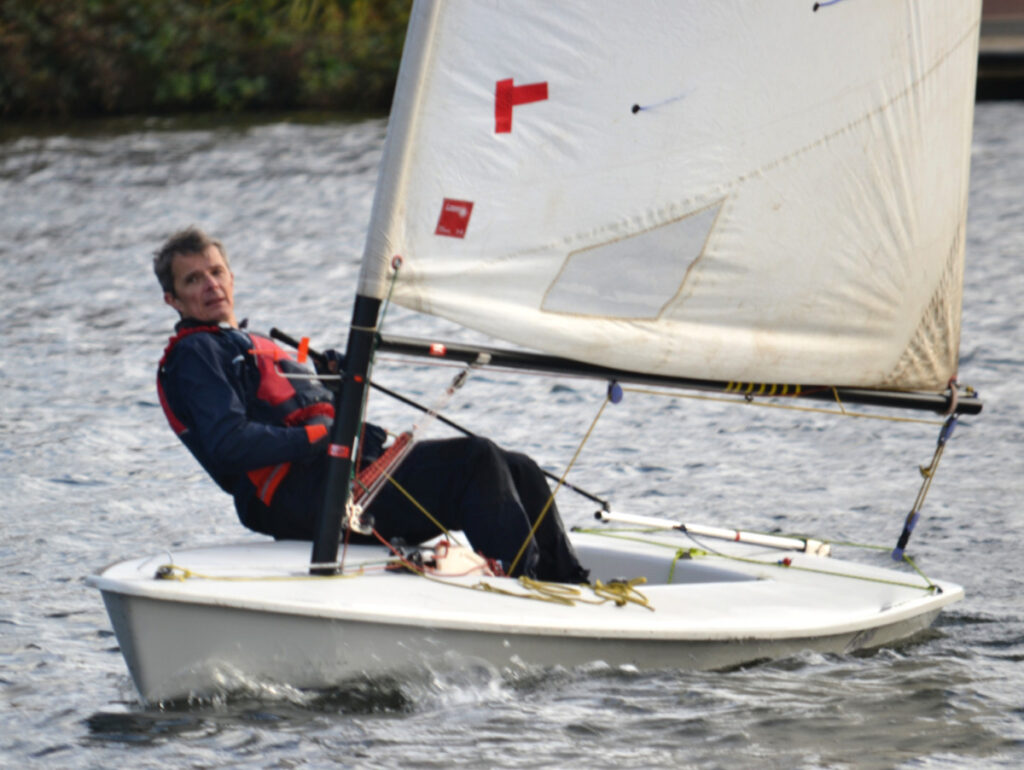 Two N18s took to the water with the Commodore remaining with the landlubbers having decided to let others have all the fun.  Henry Defries romped home with a healthy on-water margin over Charles Fox, but only the handicapper’s slide rule knows who claimed the chocolates on adjusted time. 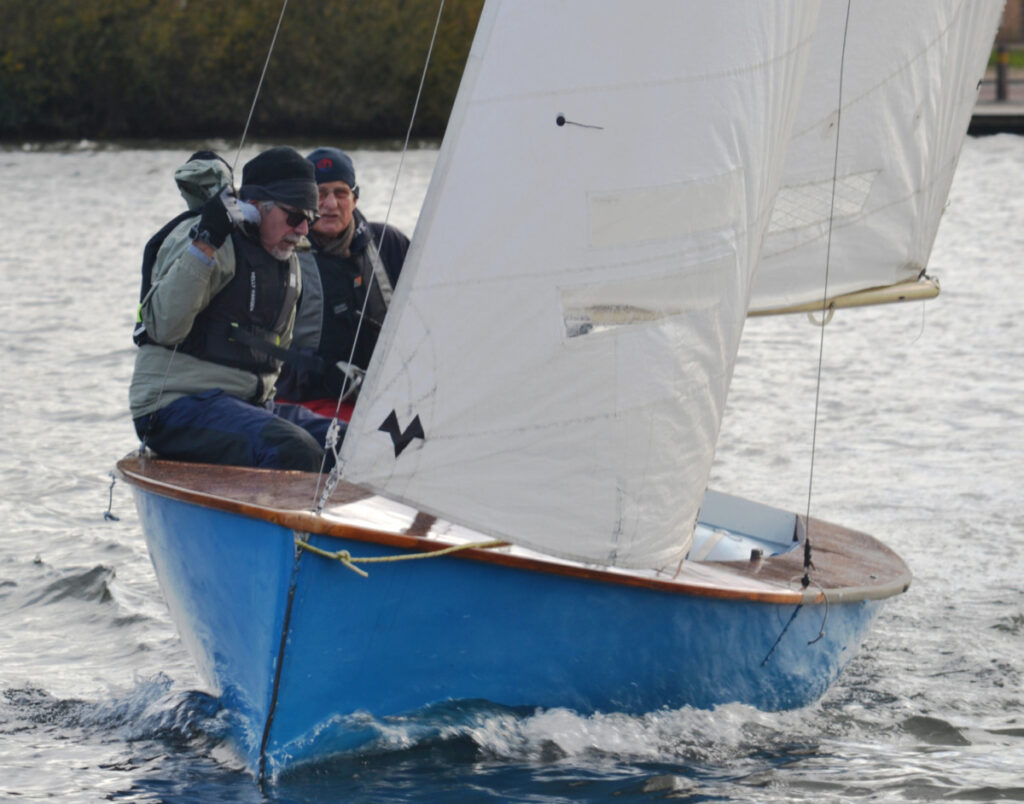 The wide style Merlin Rockets love some breeze and so it proved as Andy Harris and Matty Key took the line honours from Richard Harris and guest crew Chris Martin, with Matt P-J and Leela in third.  The fleet put on quite a show with spinnakers being de rigueur and some fine seamanship skills being displayed as a couple of crews avoided an early bath. 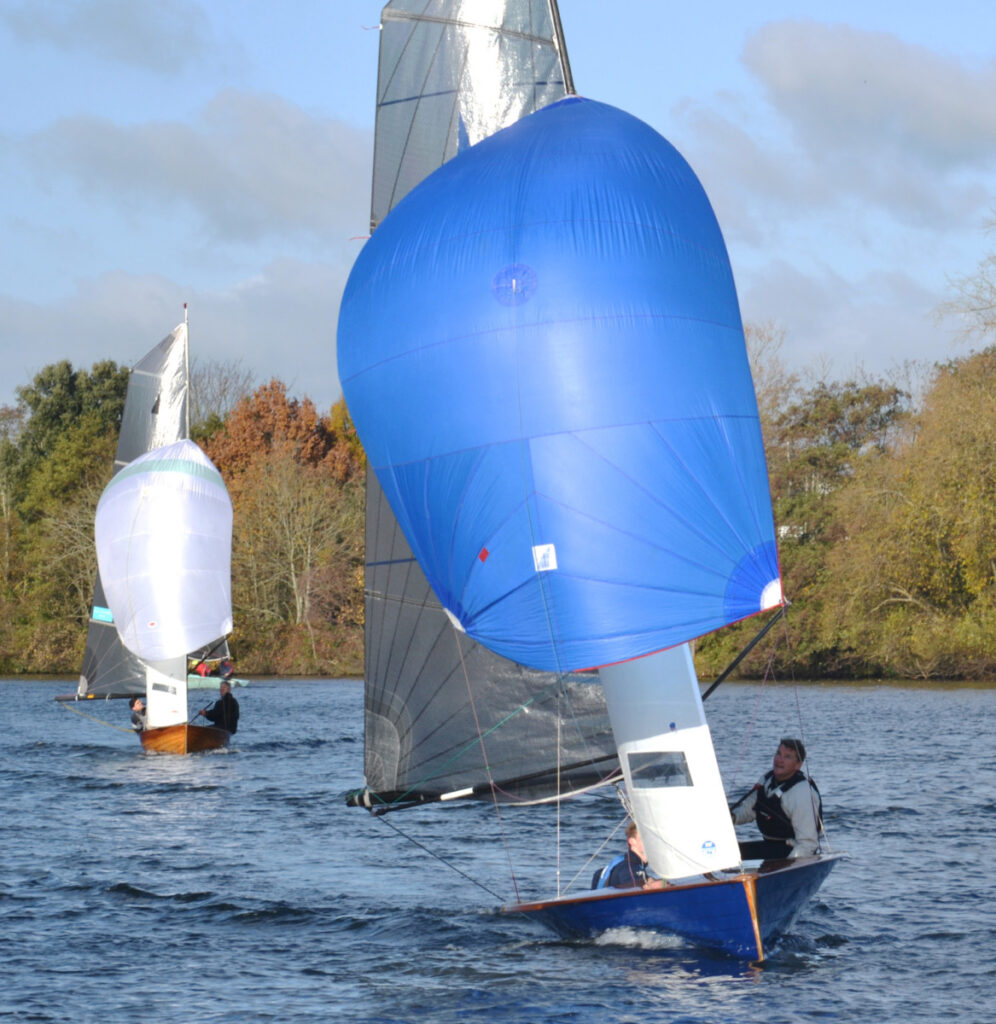 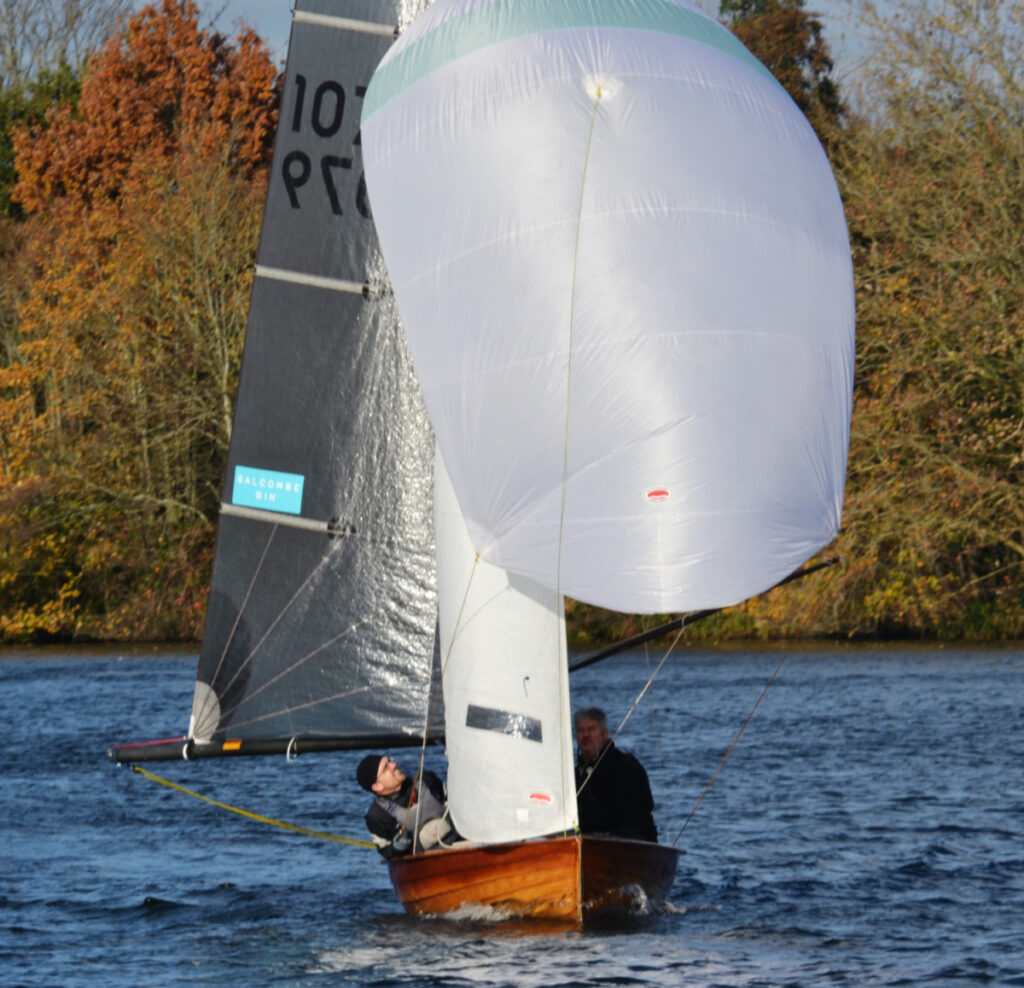 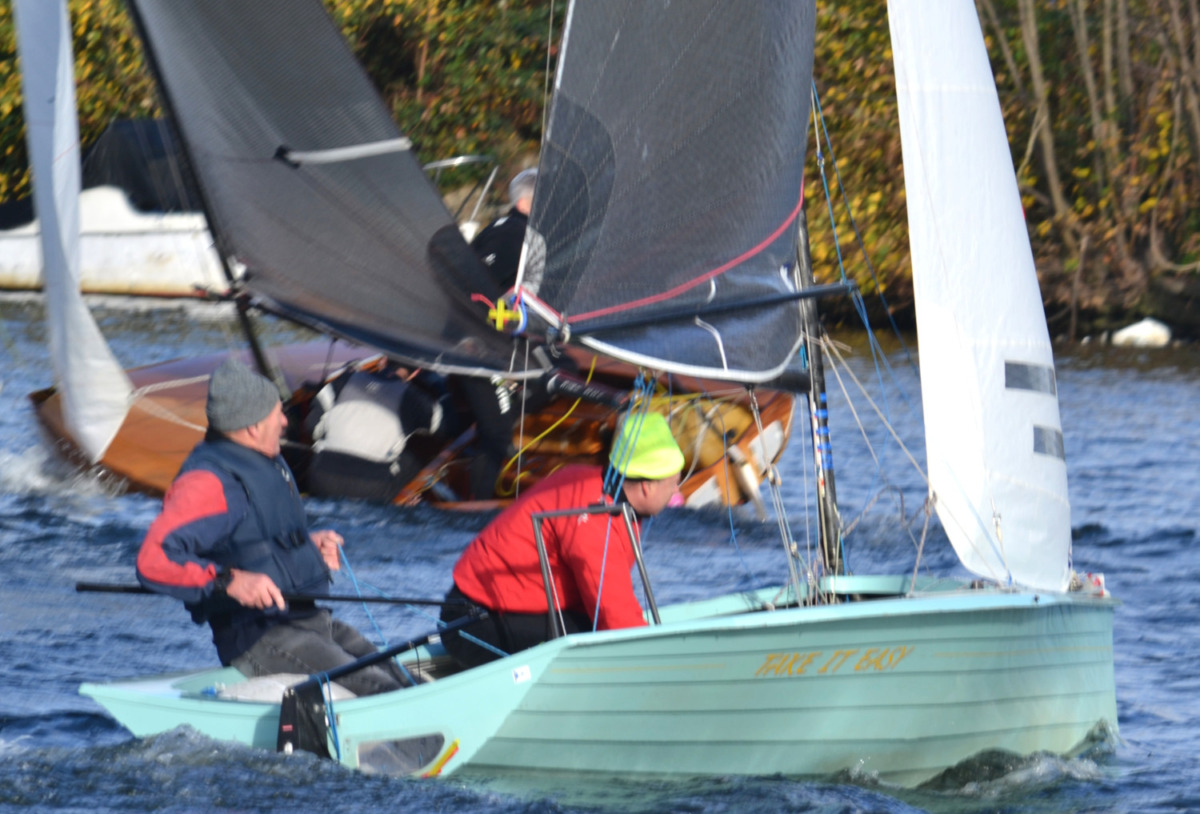 Definitely a day for blowing away any cobwebs and many contented sailors assembled in the bar afterwards for a well-deserved drink or two.

Thanks again to the Masons in the Box, to Alexey Anatskiy and James Berry in the patrol boat, to the young lads serving the drinks, and to Jonathan Key for the excellent pictures.