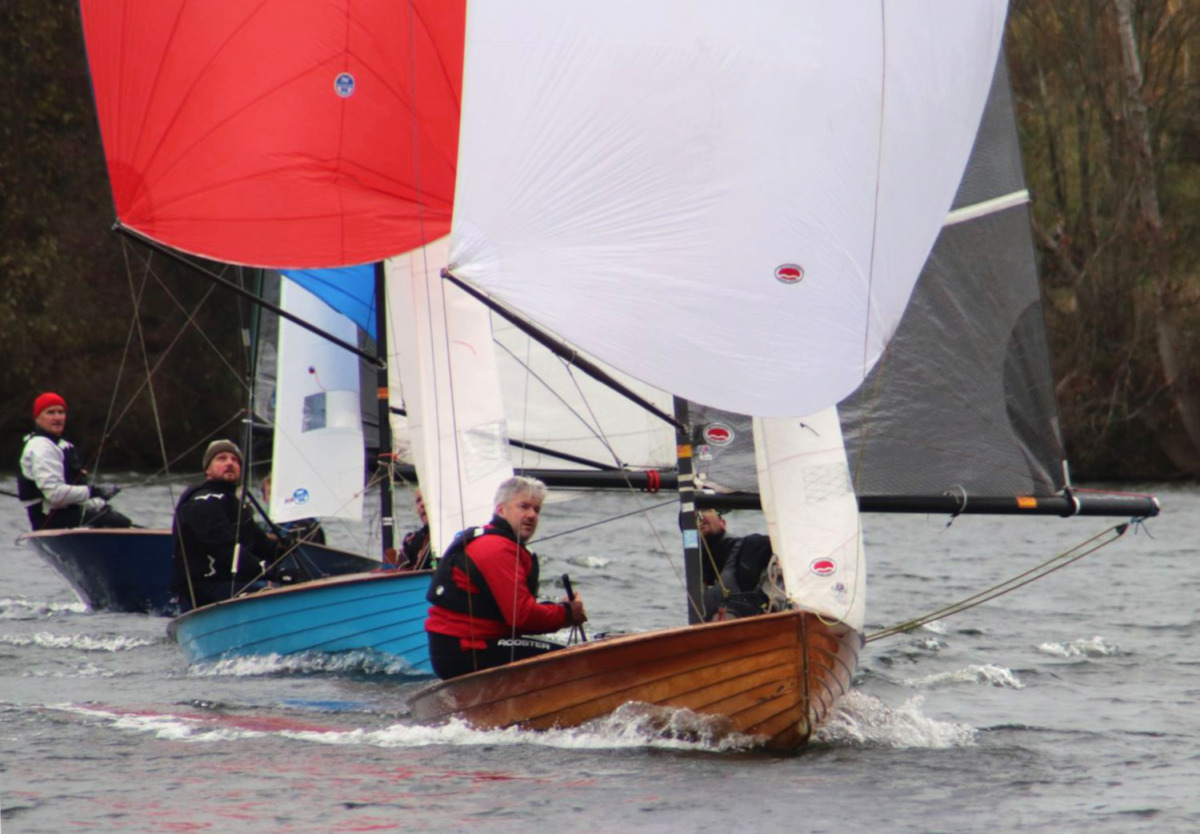 A damp, wintry nip in the morning air, accompanied by the sight of the trees having abandoned most of their leaves, confirms that the season of mists and mellow fruitfulness is at an end, and that the time for sailing fortitude has arrived.

So, not one for the fair weather softies perhaps but the club’s hardy hardcore relished the joys of another impatient (mostly) northerly.

OOD Chris Balmbro, assisted by son William, and Tim Ginn set a relatively deep Lensbury windward mark which stretched the racecourse while keeping all of the competitors in view.  The downwind ride back to the club was interspersed by some lively puffs which caught the unwary.

It was a third week in a row for the Lasers to battle around course K (port) and they were challenged by a meaningful breeze which oscillated enough to make the downwind twitchy.  Kaan Yargici prevailed with Jim Hamilton in second (despite taking a refreshing dip from the high board mid-race), and Class Captain John Edmondson coming in third. 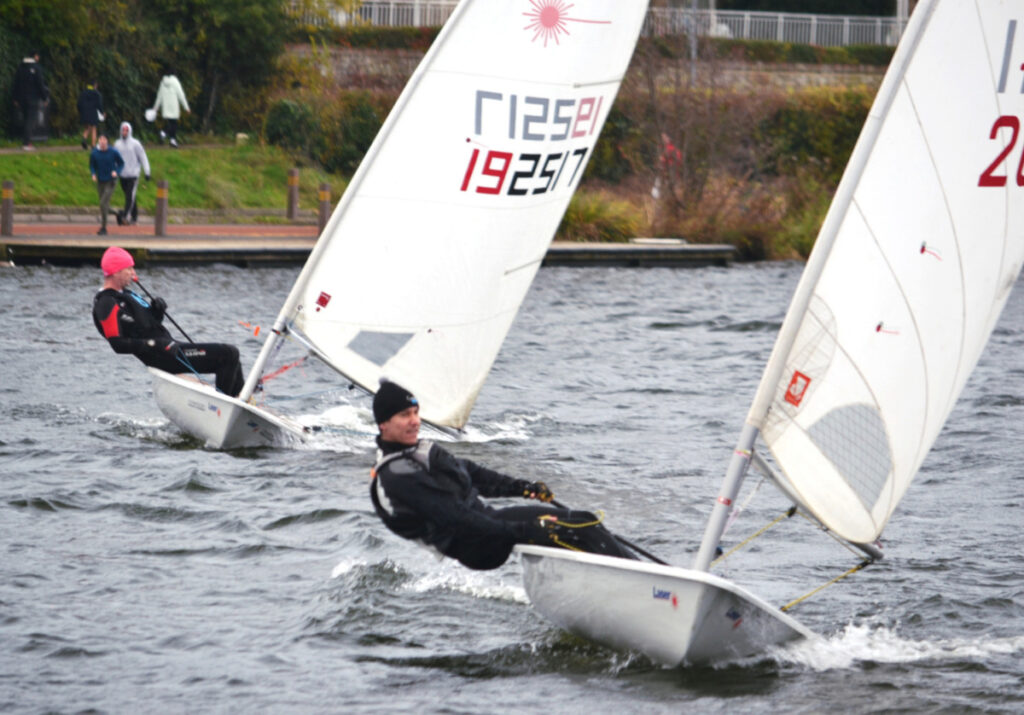 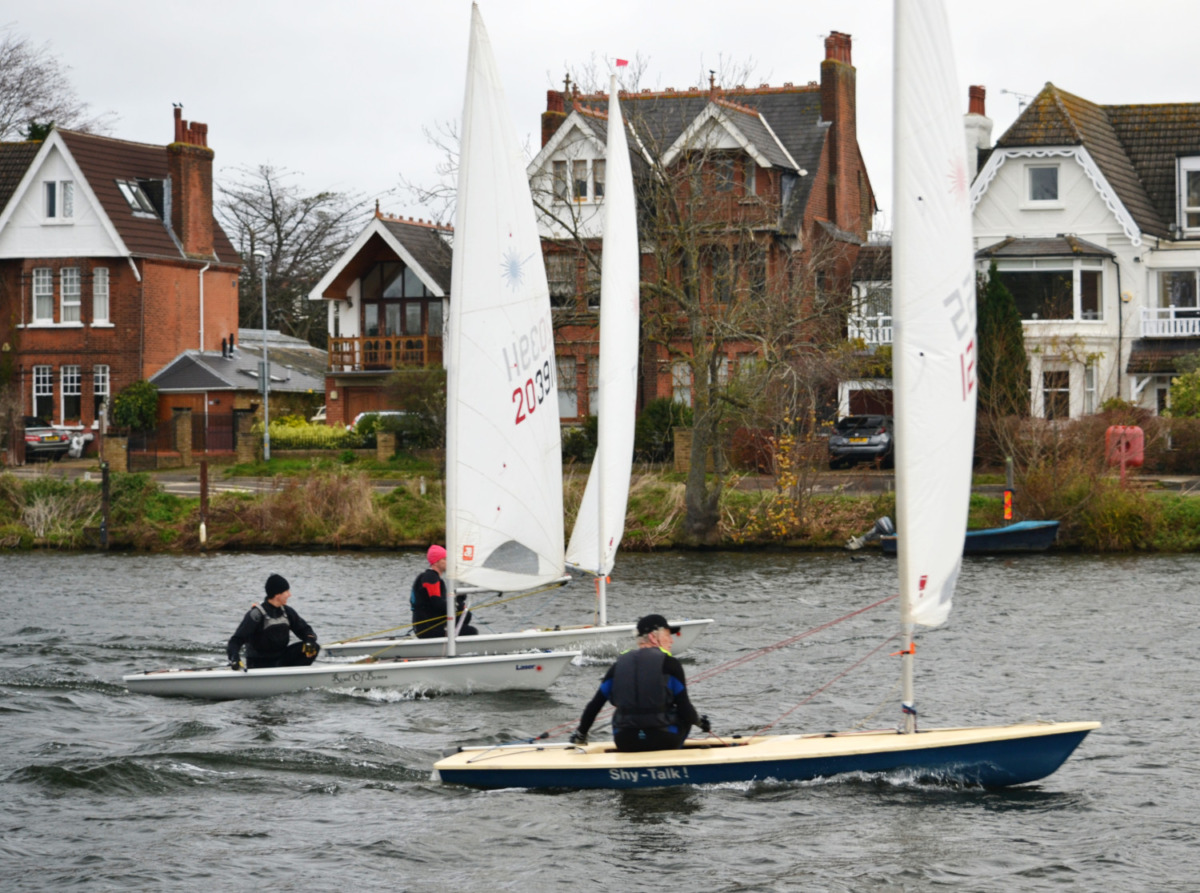 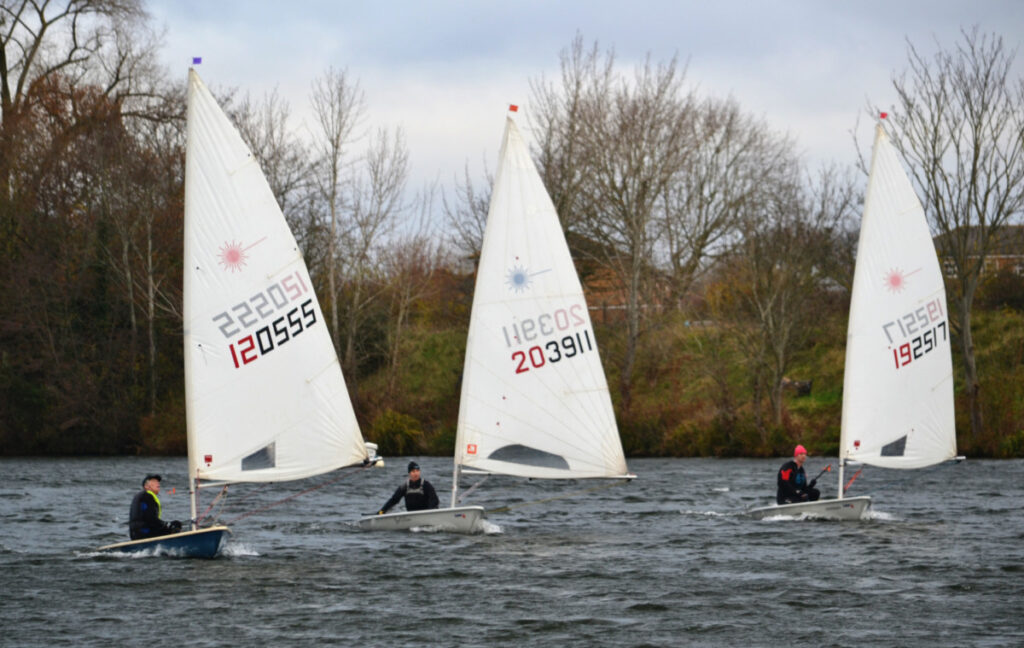 A rare sight on a day with a breeze, Charles Fox and Robert Blakeborough snapped up the points in the N18 fleet by opting for an extremely reefed storm rig and soloing their way to victory. 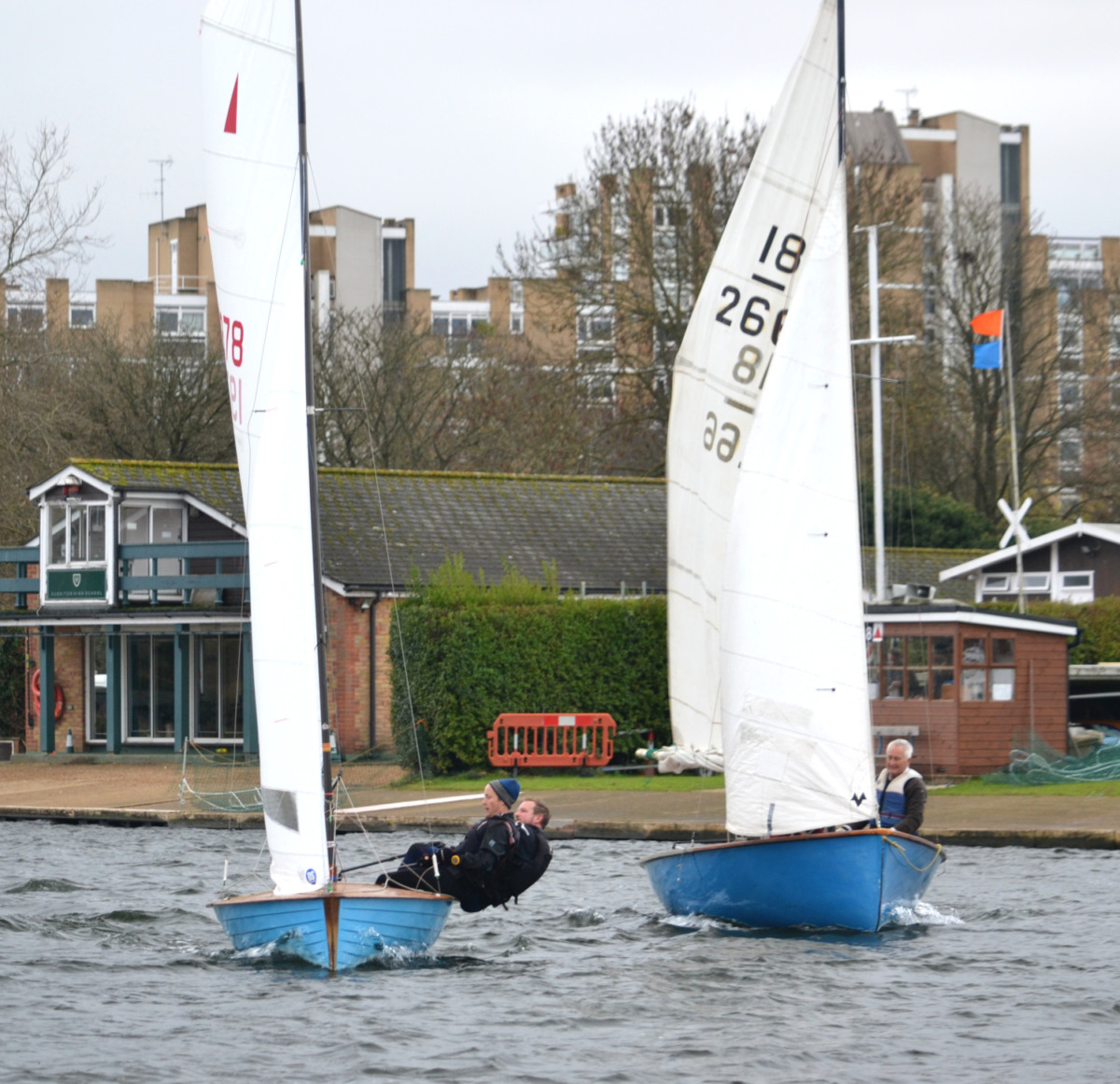 In the Merlin fleet, a triumvirate of boats sought ultimate triumph and broke free from the fleet at an early stage.  The Harris boys jostled for the lead with Andy overcoming Richard as the race reached its closing phase.  Close behind the front running pair, Joe and Sean sailed with style (see the clip in the Facebook section lower down the website) but lacked speed at the critical points maintain a challenge for the front.  Matt P-J and Leela Siebert-Patel were pipped for fourth by Ken Duffell and Joe Woods in the repaired and less leaky ‘Avenger’.  John Adams and Ros Warwick-Haller generously allowed Tim Medcalf to practise the skills gained on the recent patrol boat induction course and were safely returned, refreshed by the coolth of the river, to terra firma. 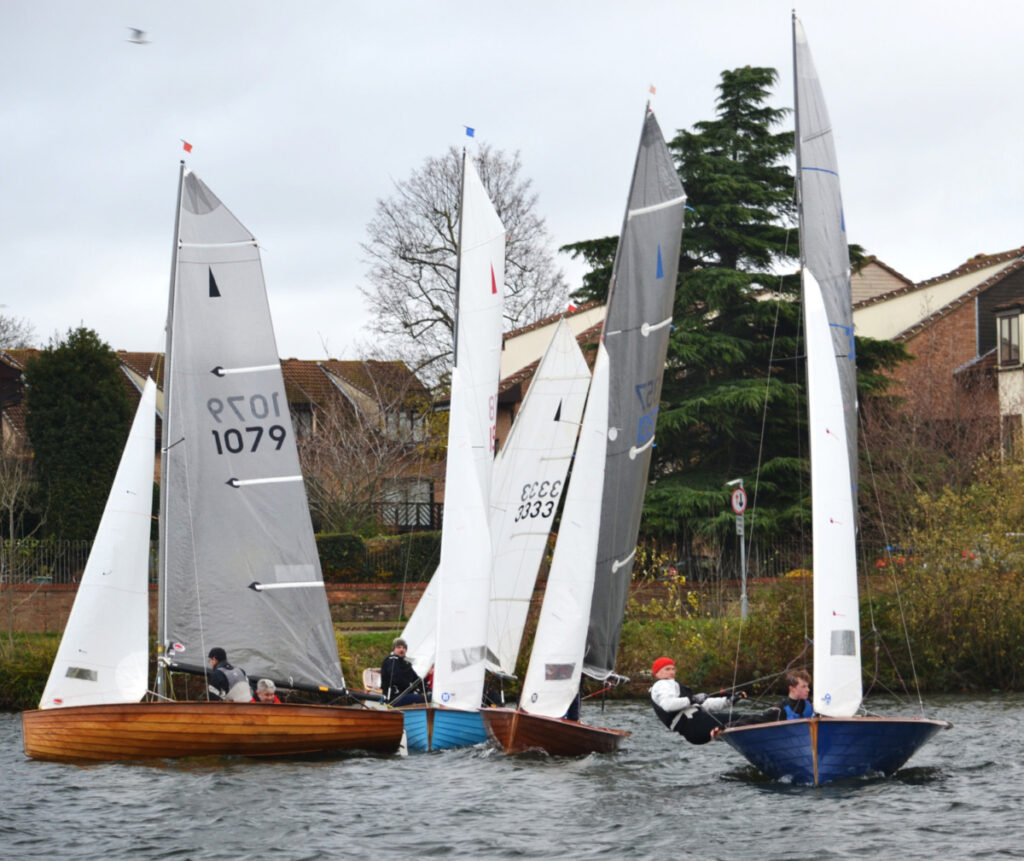 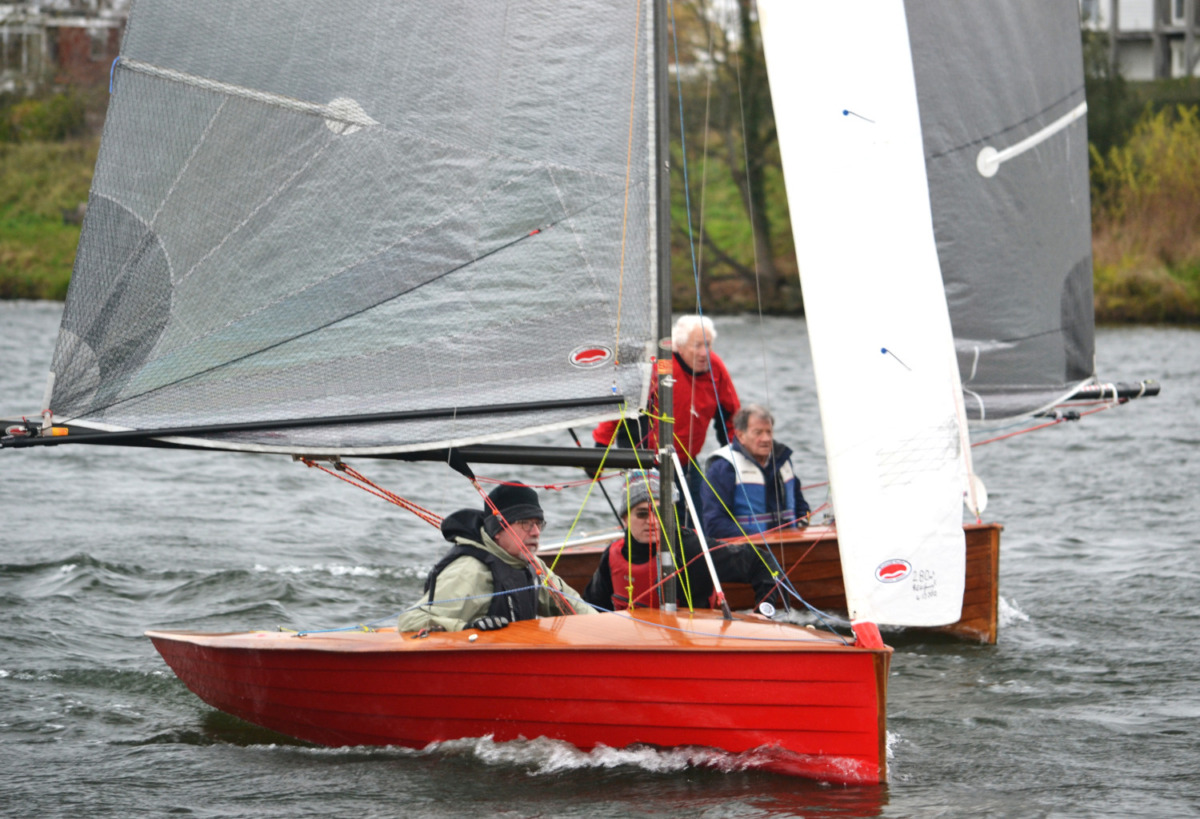 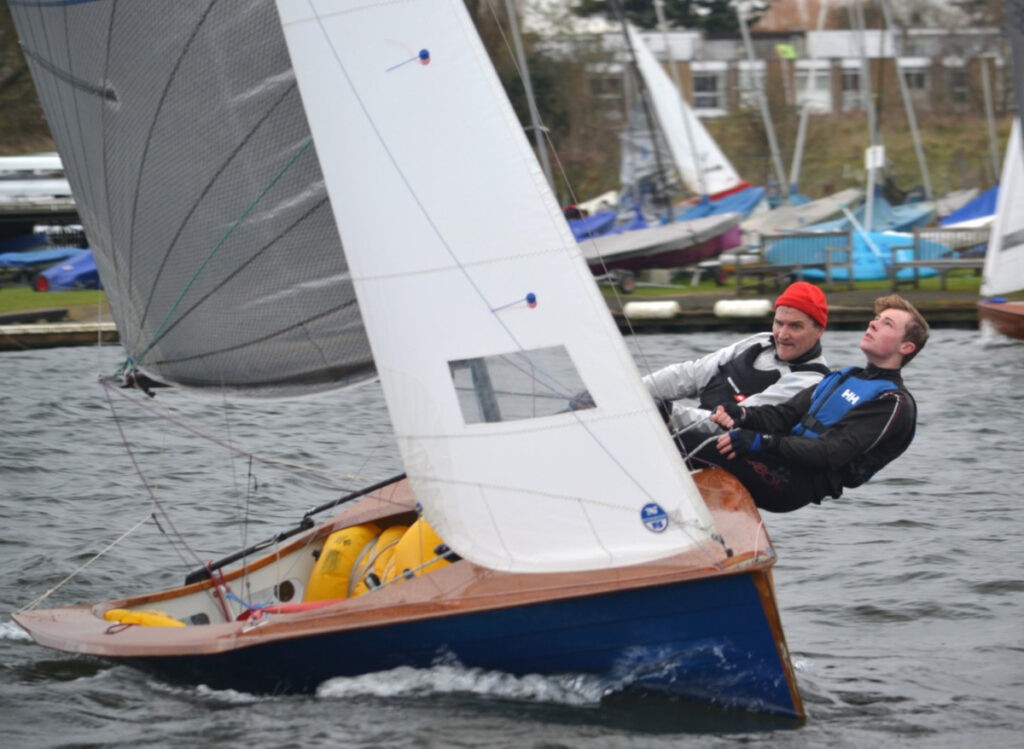 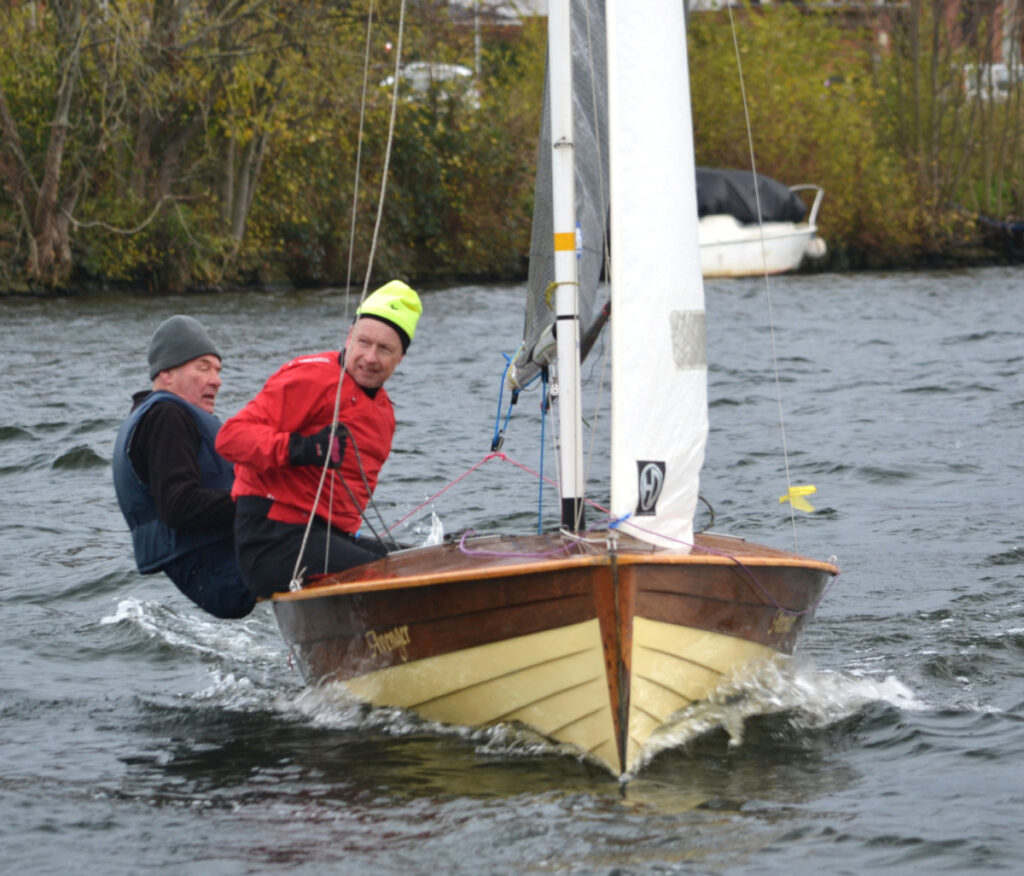 A mention in dispatches to Jim Green who, fresh from a tune up, was seen making a welcome return to Chimp’s engine room. 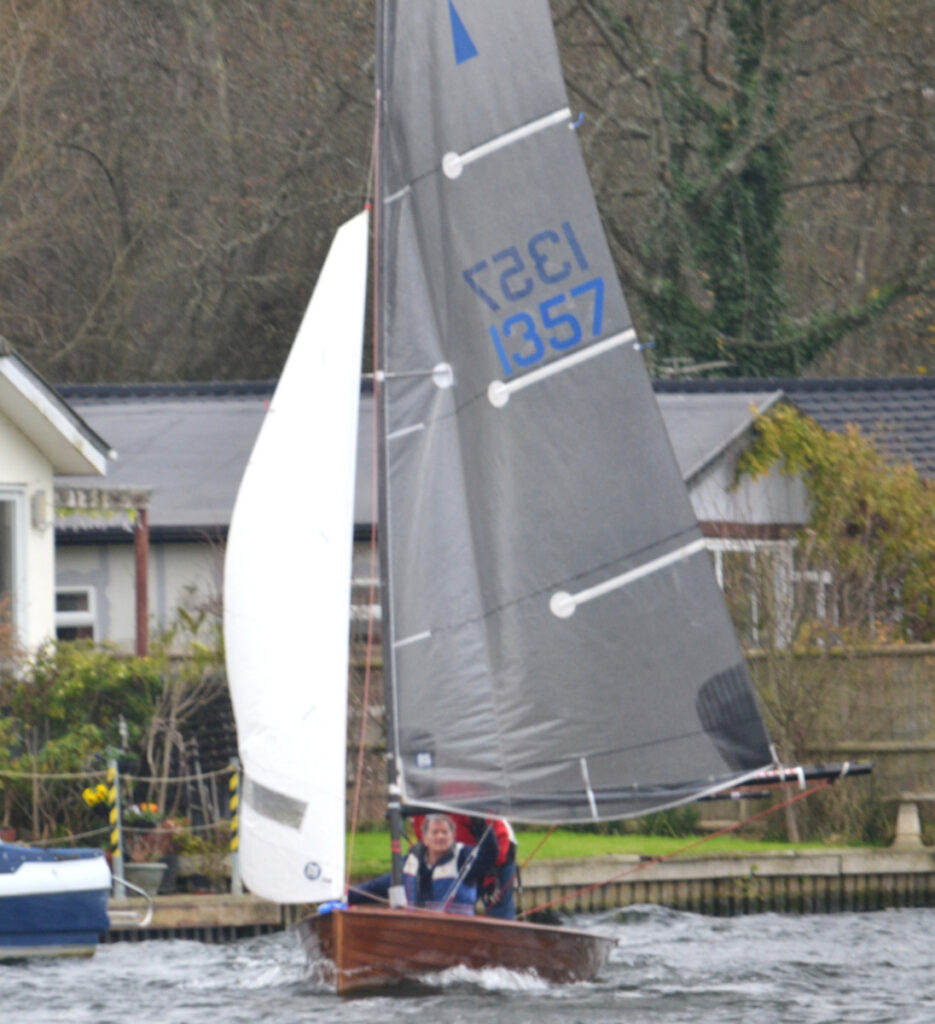 Thanks to Chris, William and Tim for running the (warm, insulated) box, Tim Medcalf and Flora Laidlow for running the (windswept, freezing cold) patrol boat, the Jack, Yann, Josefine, Alaphia for running the (very welcome) bar and serving up a fine lunch, and Jonathan Key and Carolyne Vines for providing the (excellent, as always) pictures.

It’s Christmas Pudding races next week along with a free drink from the bar courtesy of the Commodore; both good reasons for all members to come to the club!