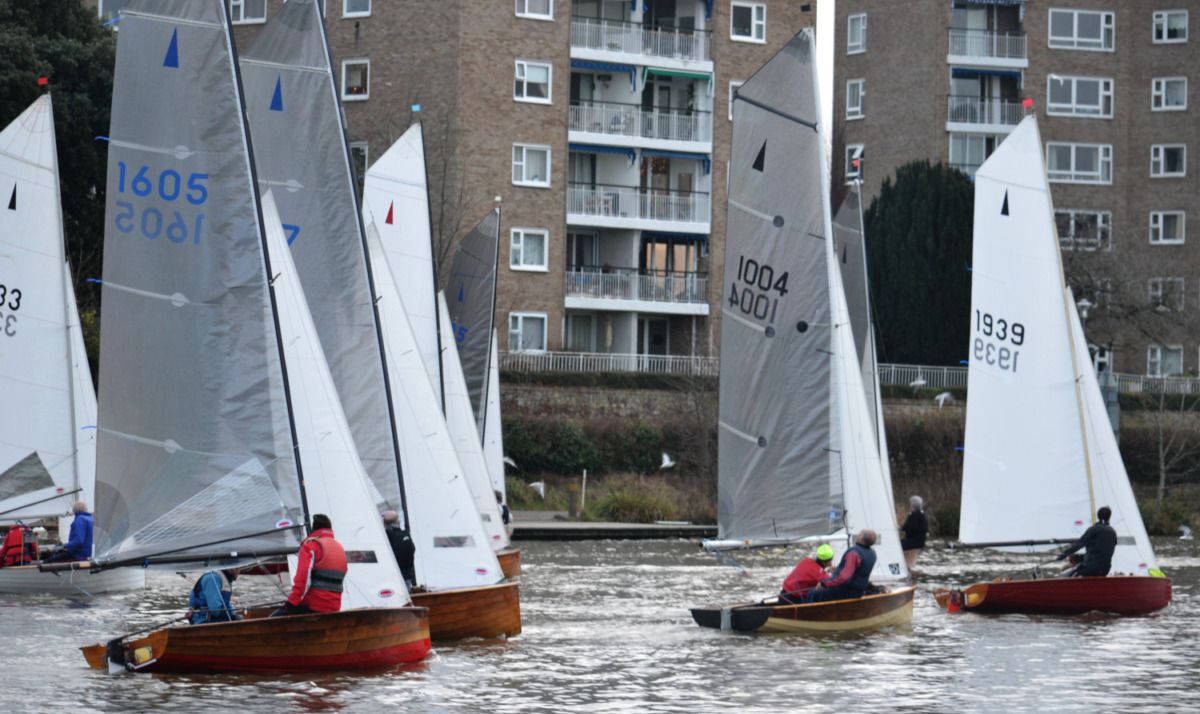 Despite the challenges of another Covid-ravaged festive period a goodly number of souls made it to the club for the first Sunday’s racing of 2022. The conditions were streamy, puffy, and gloomy enough for the photographers to need their flashguns.

We were particularly pleased to see Merlin Rocket stalwart Stuart Jenkins and crew Nicola Scadden bring one of their fleet, the venerable Holt Martine ‘Chindit’, to Tamesis Club for the Travellers Series. 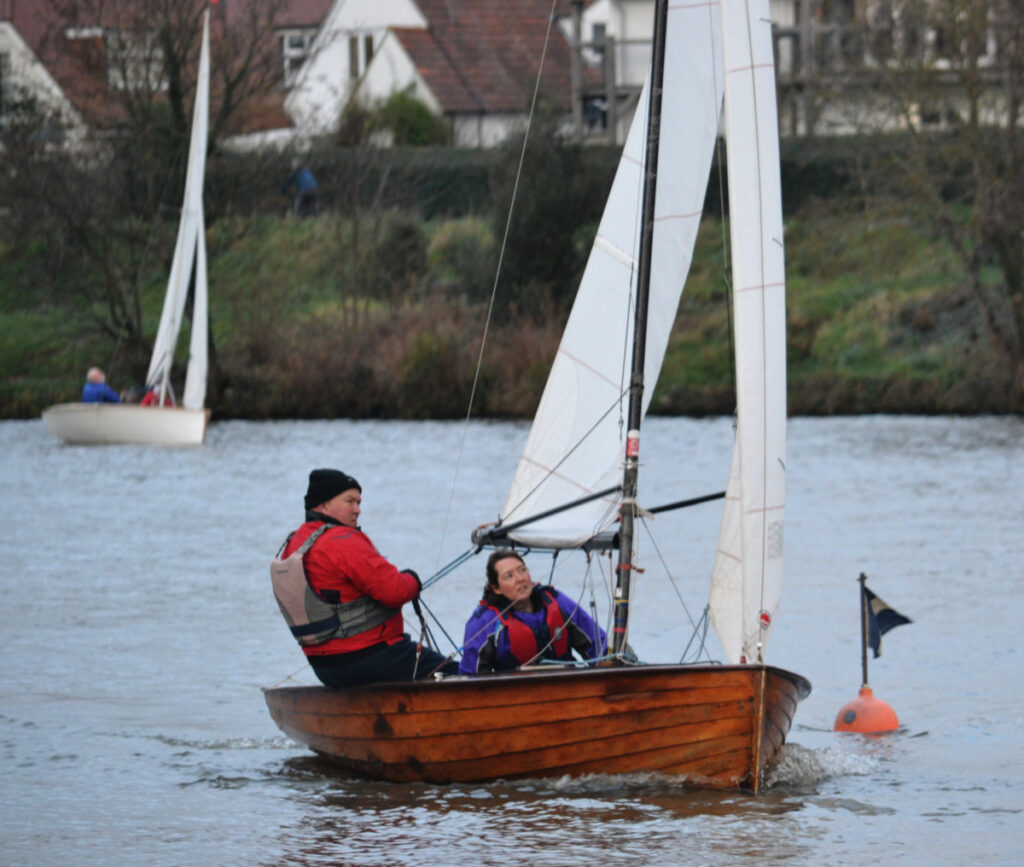 In the Lasers, Matthew Valentine overcame a poor start to win the first race of the year leading in Chris Taggart and Jim Hamilton. 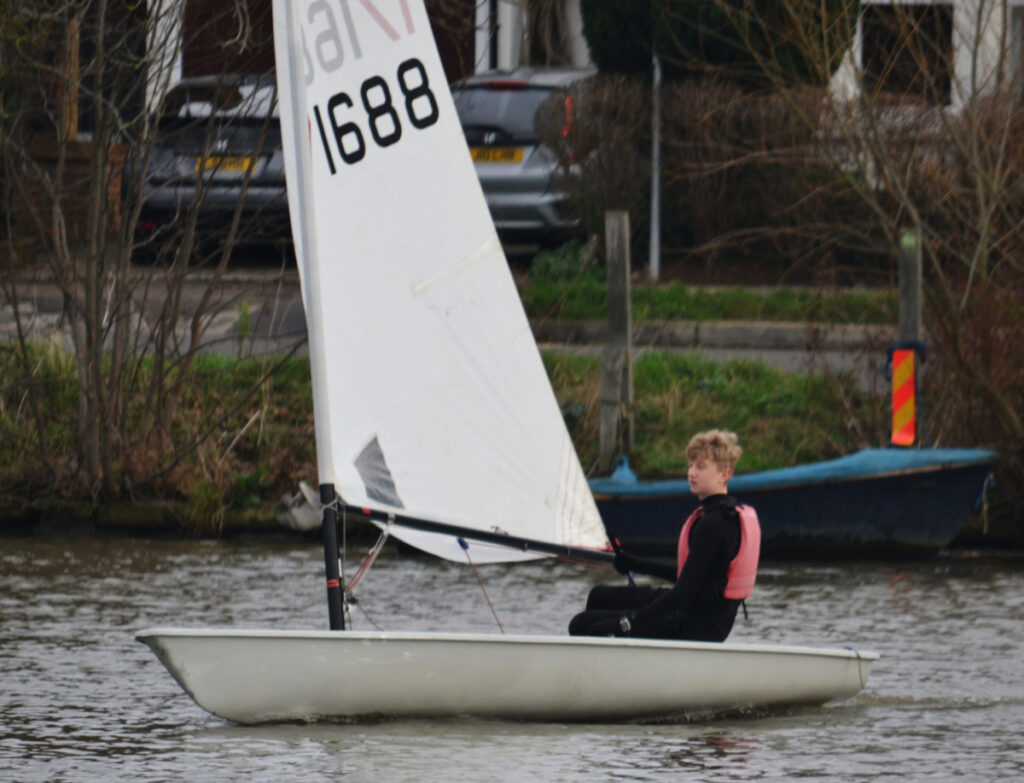 The Commodore Chris Pollard, crewed by Alistair Banks, opened his new year account with a bullet by winning the N18 race. 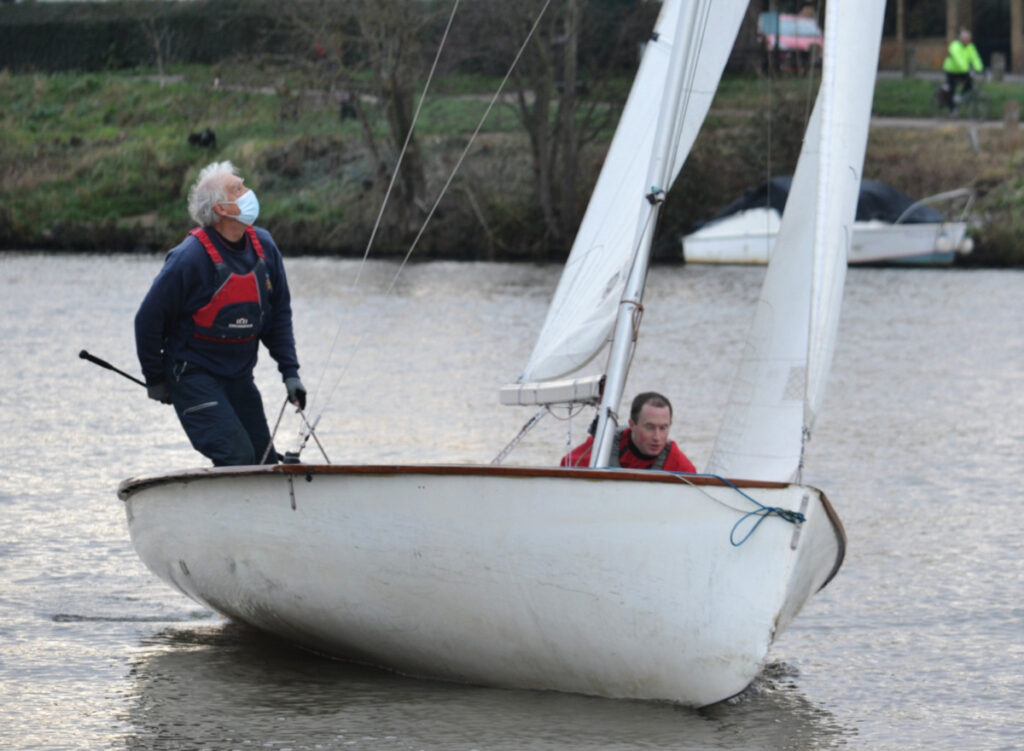 The Merlin Fleet was well-attended, even with a few regulars side-lined, and there was some entertainment throughout. Star starter was Peter Impey, crewed by Alison Cooper, who surprised many but not himself by being one of the first to round the windward mark; one to watch in 2022. 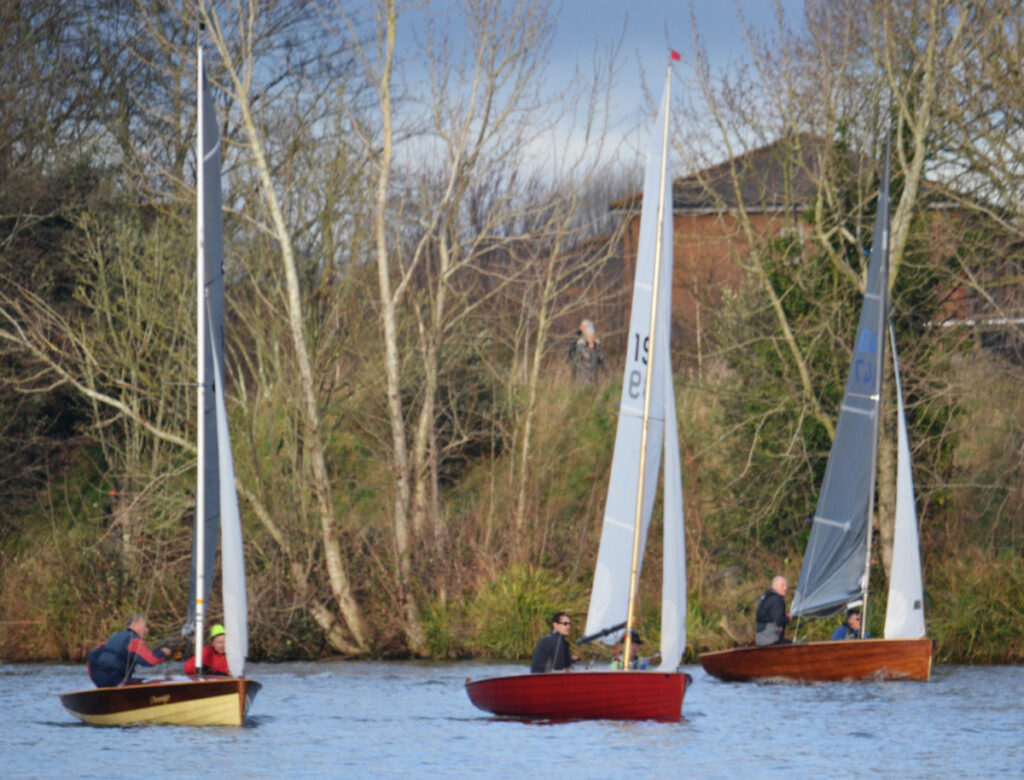 Newcomer Stuart Jenkins eased himself in to the Tamesis environs finishing a creditable fourth.

Sail of the day came from a very focused Charlie Morgan who was breaking in new crew and Laser class regular Alexey Anatskiy; their third was a strong finish. 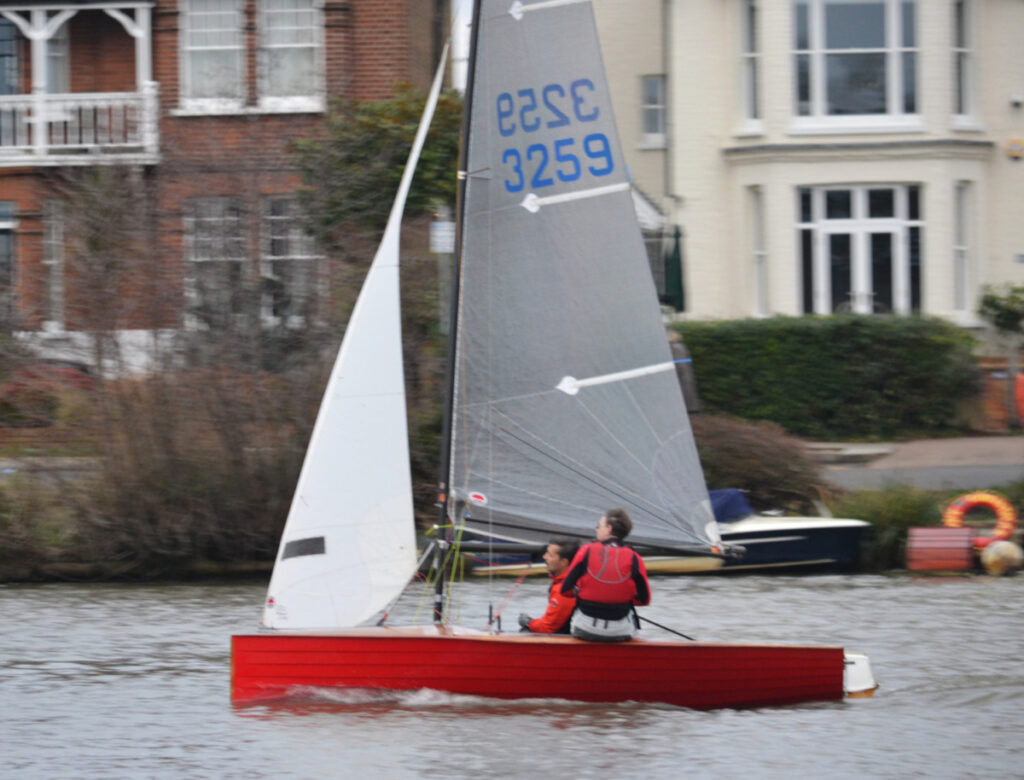 Out in front, Andy Harris and Matty Key flew a ‘holey kite’ (in deference to the festive season?) to good effect and pulled clear of the fleet to best Richard and Maddie Harris. Maybe others should have done the same? 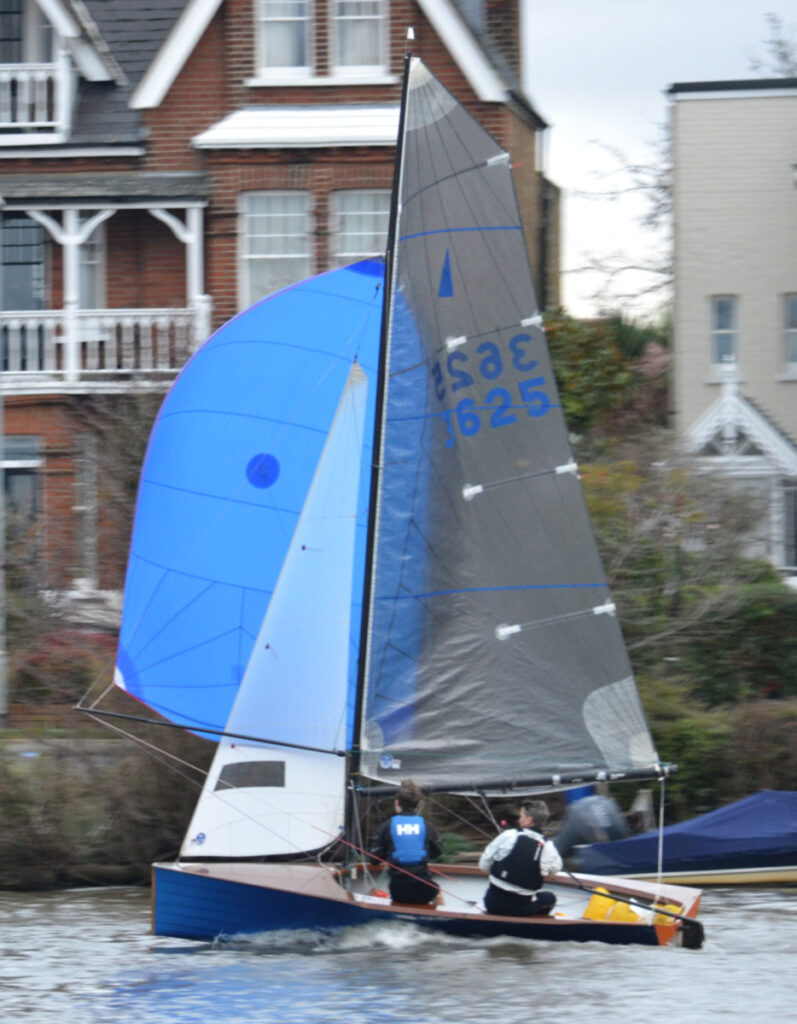 One or two of the fleet will be wondering where their speed went over the break, while others will be feeling quite bullish as the gaps were certainly reduced.

Thanks to regular race report readers Jim Green and David Baker for manning the box, Joe and Hugh Mclaughlin for running the patrol boat, and to Josefine for pouring the refreshments. Also to Jonathan Key and Carolyne Vines for providing the pictures.