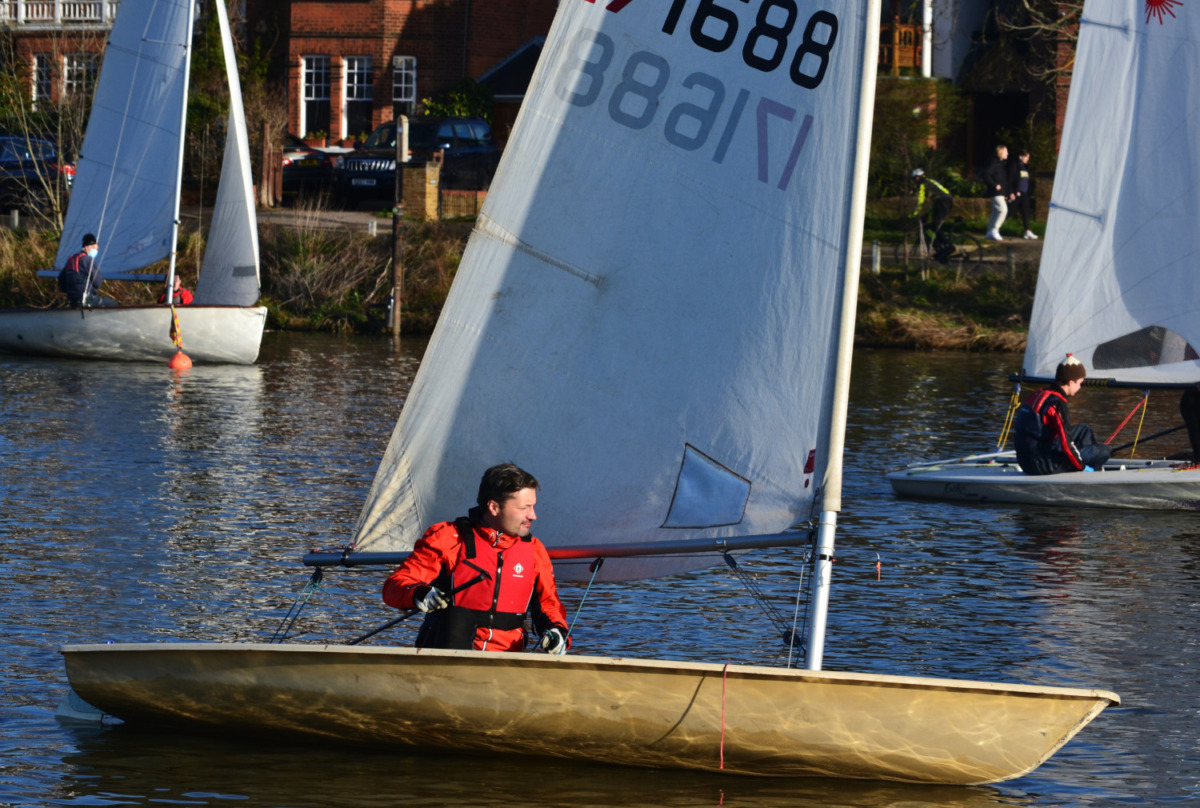 The day started with Peter Impey being awarded the Merlin Rocket DeMay Vintage series Porridge Bowl for having raced the most original boat during the 2021 season. 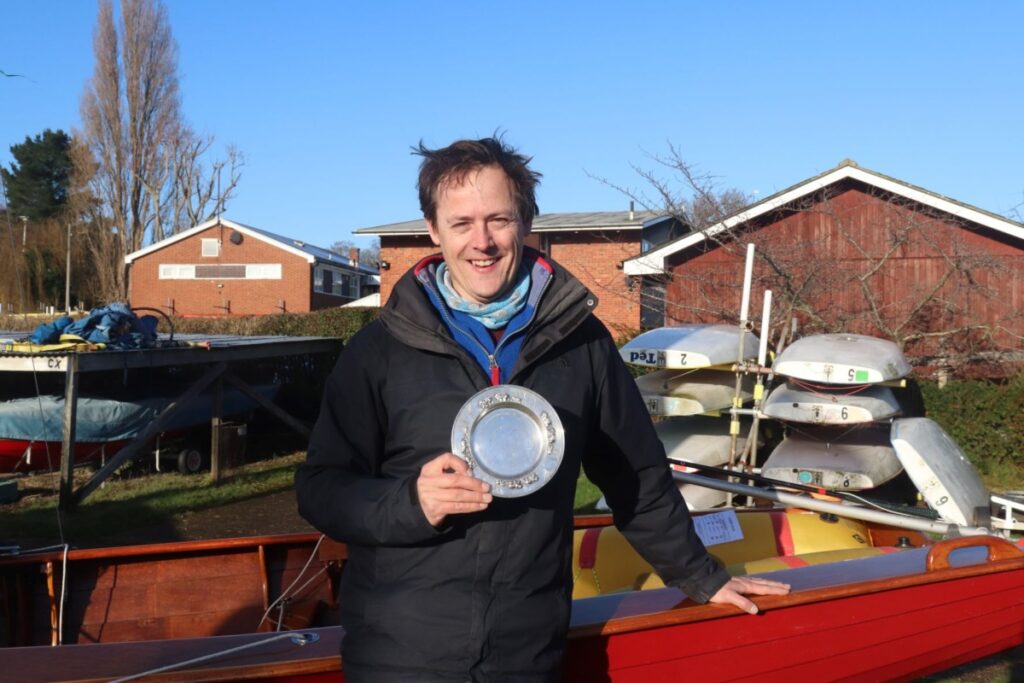 The club was pleased to welcome a pair of Enterprises to the start line and look forward to the possibility of more joining next week.

The race conditions presented the usual Tammy wintery challenge of fickle, light wind and a stream of material influence. The racing was therefore tricky. 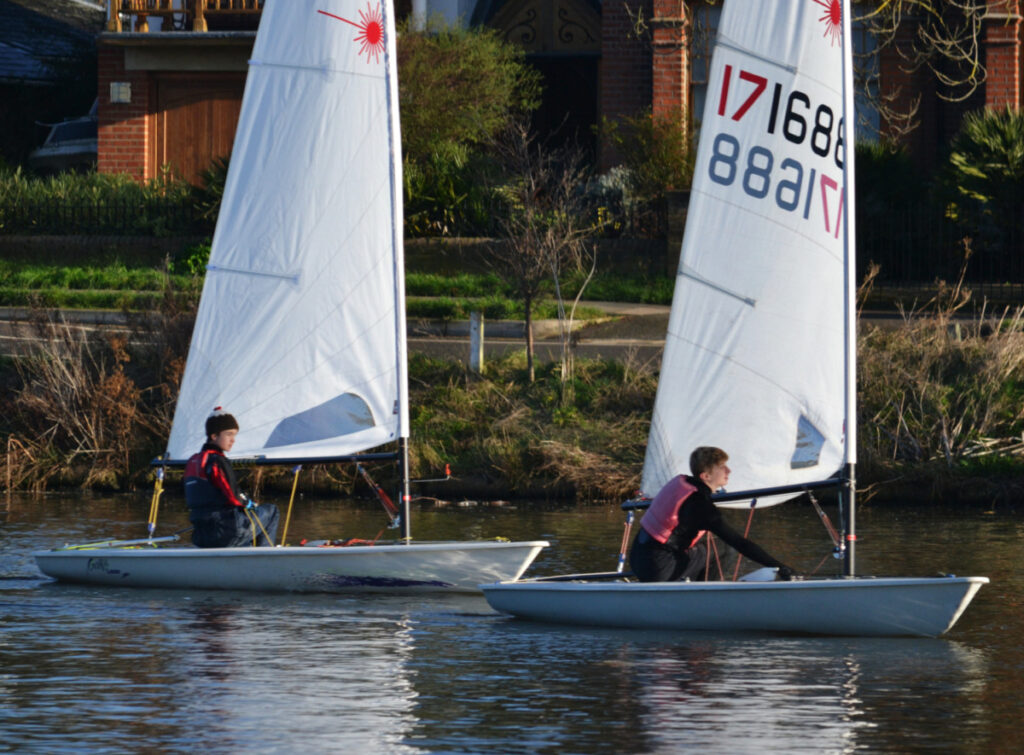 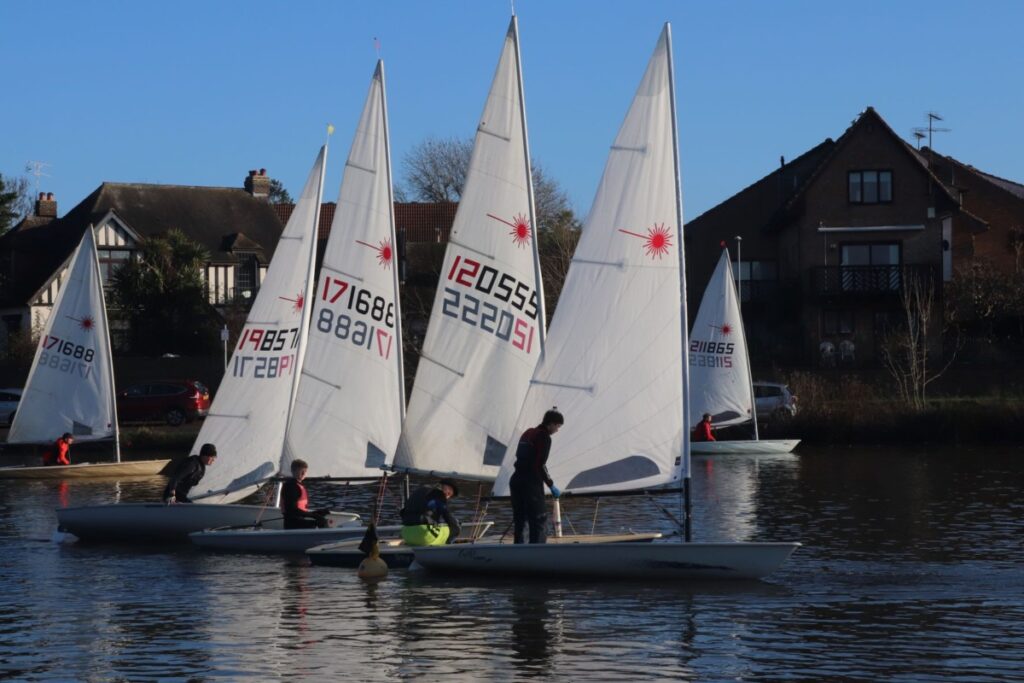 Henry Defries and Carolyne Vines won the N18s after a navigational error by the Commodore crewed by Alastair Banks. 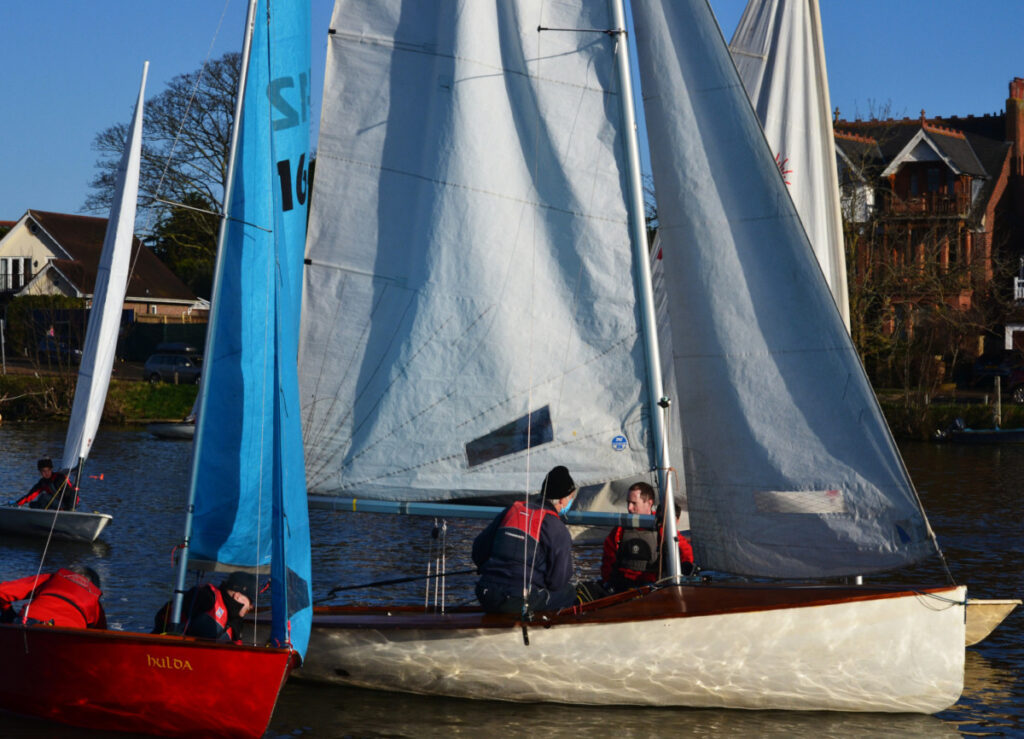 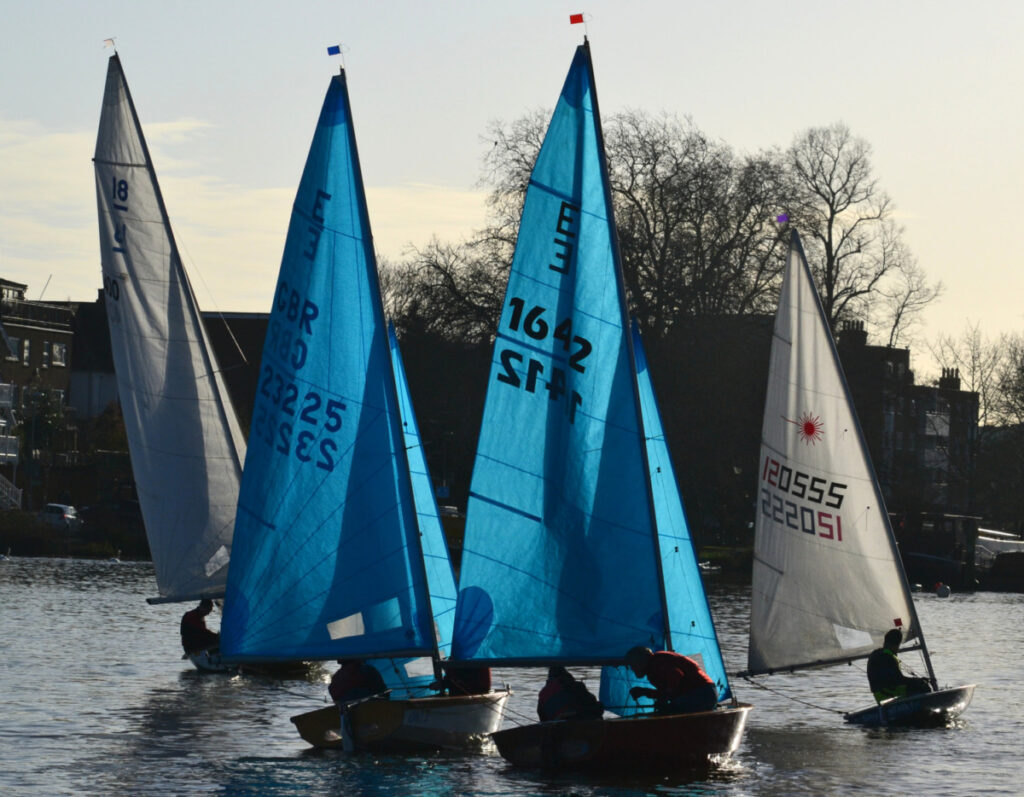 Richard and Emma took the bullet in the Merlins from Andy and Matty, with Joe and Sean in third – a very tight battle for the top spot continues. 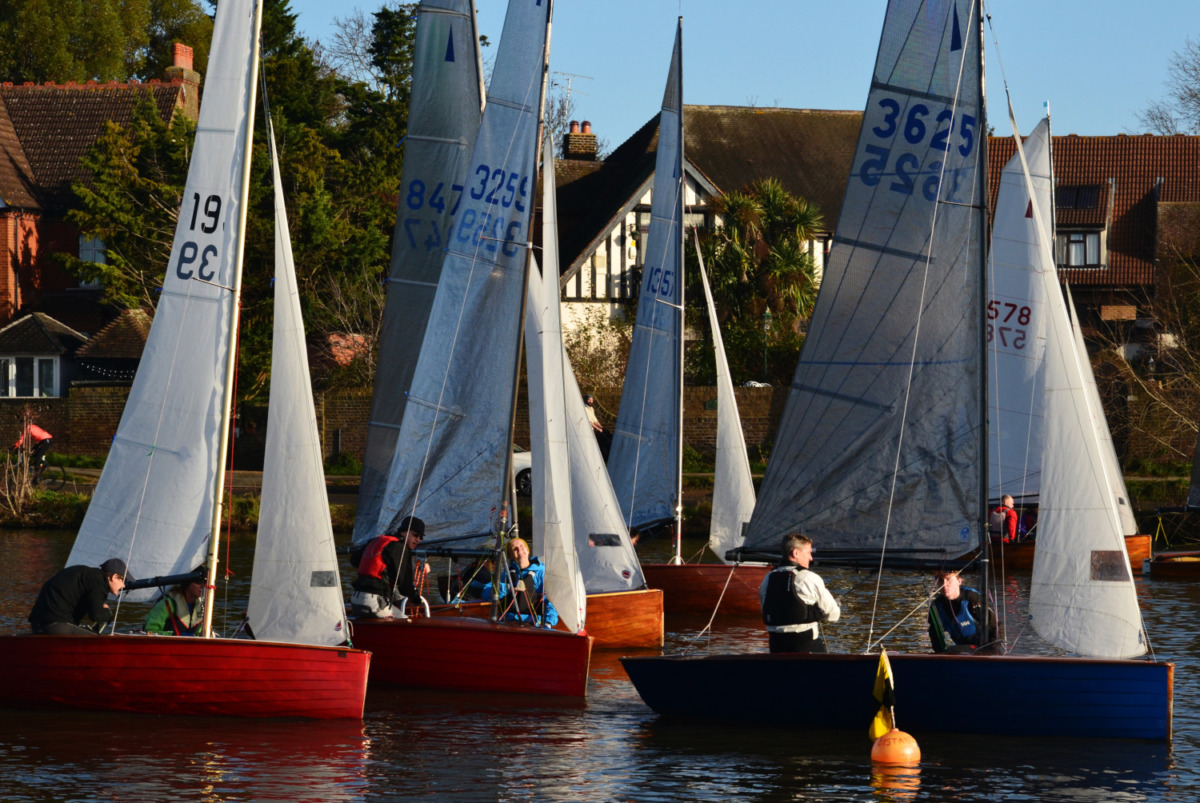 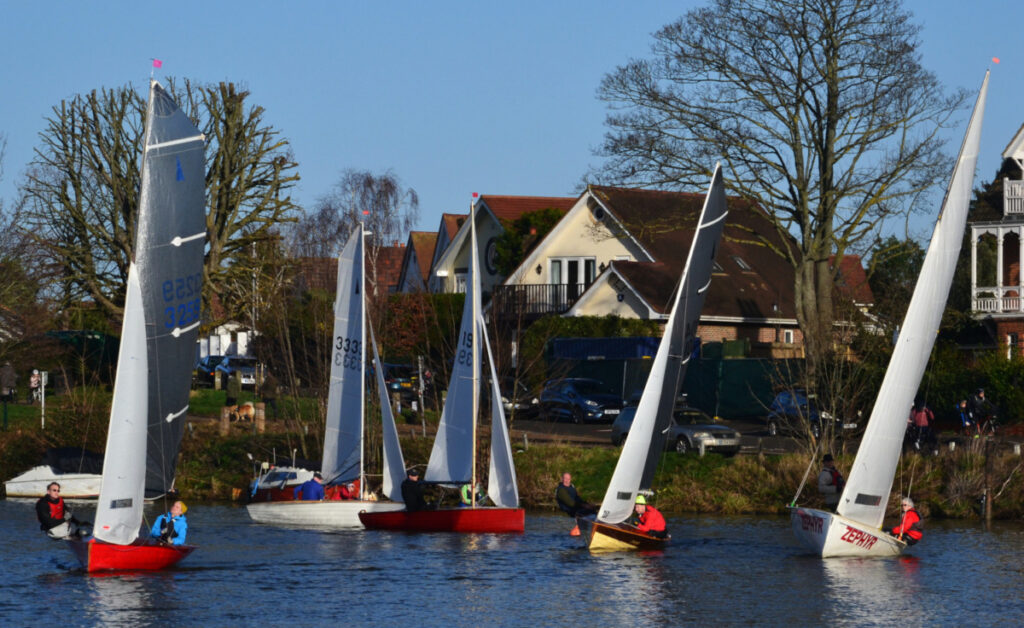