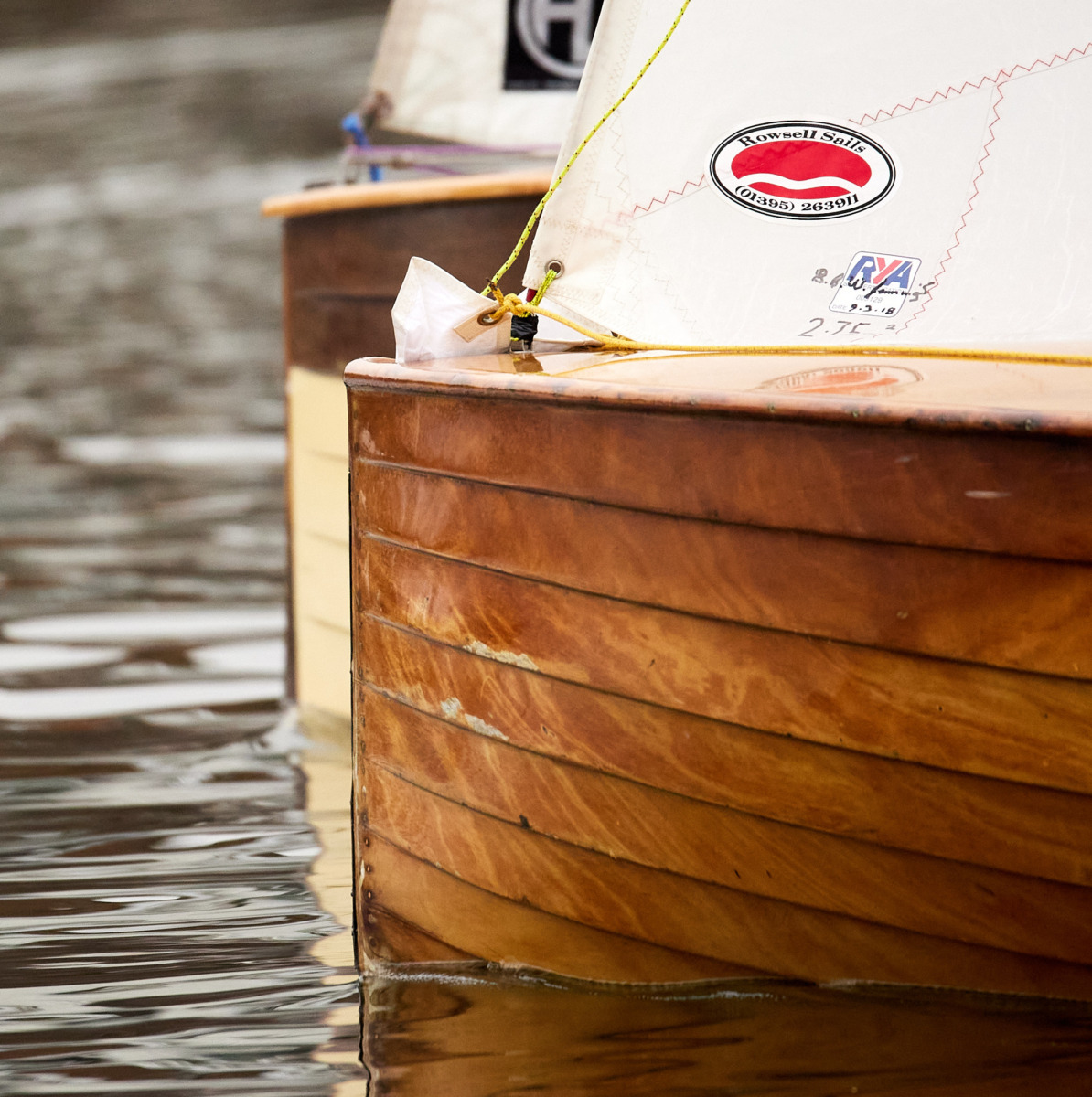 It looked like being what a wag termed a ‘Dulux one’ almost all day, but those crafty river sourcerers at Tamesis Club, and the visiting crews taking part in Travellers Series, managed to find a way to race.

Sailing a Laser in a light, or non-existent breeze, is a workout of hardcore yogic proportions as the helms bend and contort themselves to find a comfortable and sustainable perch.  Today’s quartet all had their moments to hope that their slow motion calisthenic exertions would pay off, but it was the slender racing snake Henry Medcalf who chalked up his third bullet on the bounce; with proper wind in the forecast for next week, watch this space to see if he can repeat the feat. 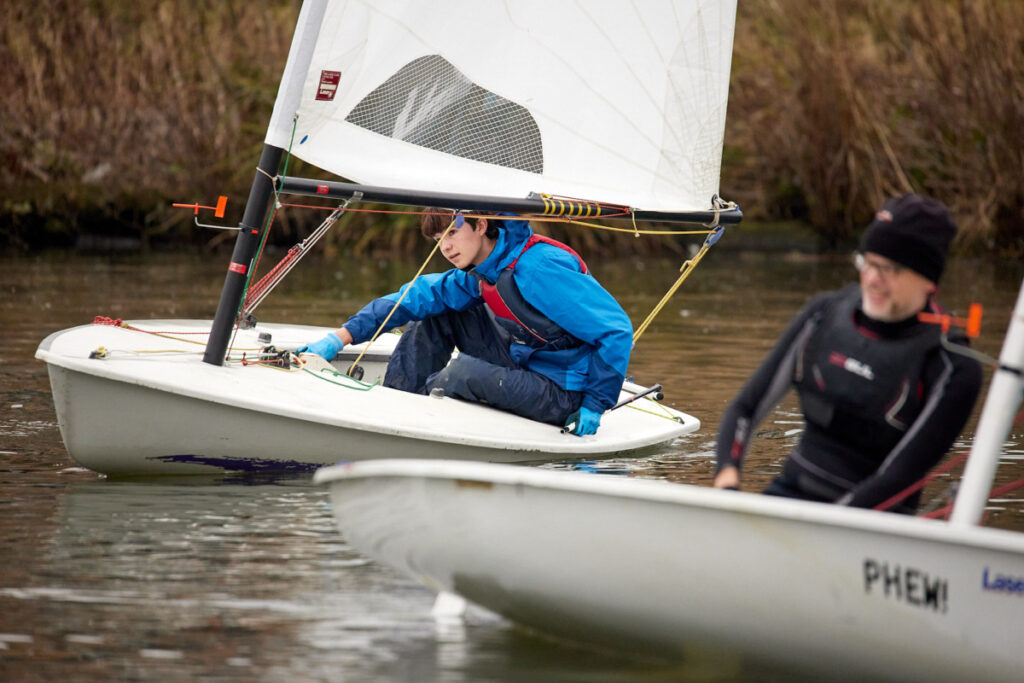 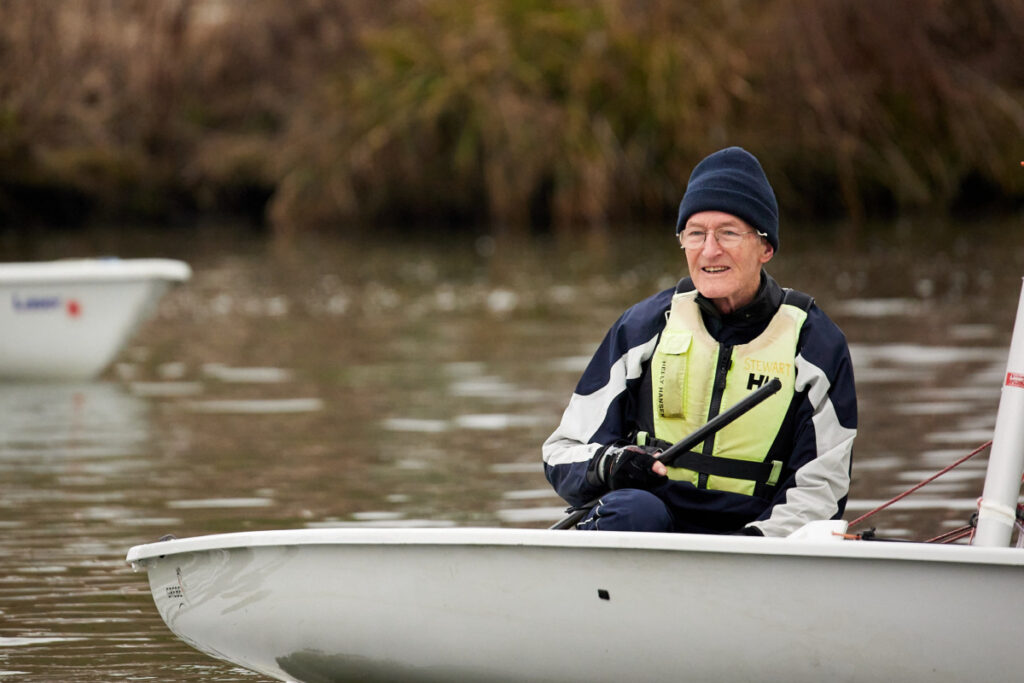 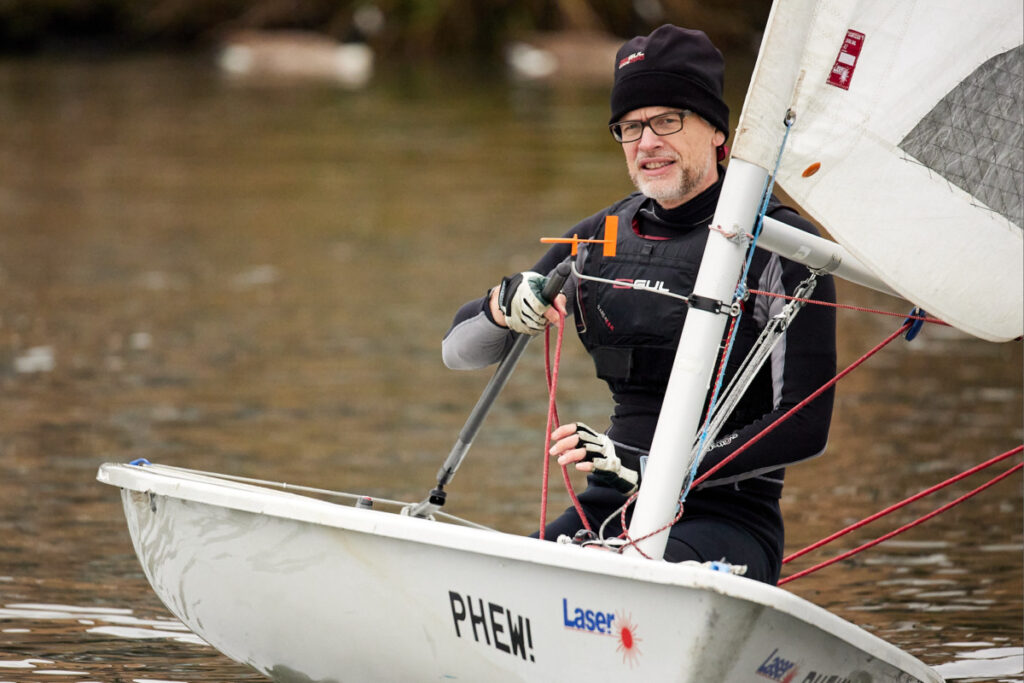 Behind Henry, a resurgent Stewart Colley took second after an apparently beneficial layoff due to a dose of the global lurgy, with Chris Taggart in third, and Matthew Valentine in fourth.

Chaos and mayhem accompanied the opening exchanges in the 11.00 start with a luffing match between steerageless Enterprises on to the inner distance mark, and the N18s deciding to round the windward mark the incorrect way just as the Lasers arrived for their second circulation in the opposite direction.  Suddenly, the river looked full of obstacles and uncertainty as helms sought to right wrongs and correct the wrong rights. 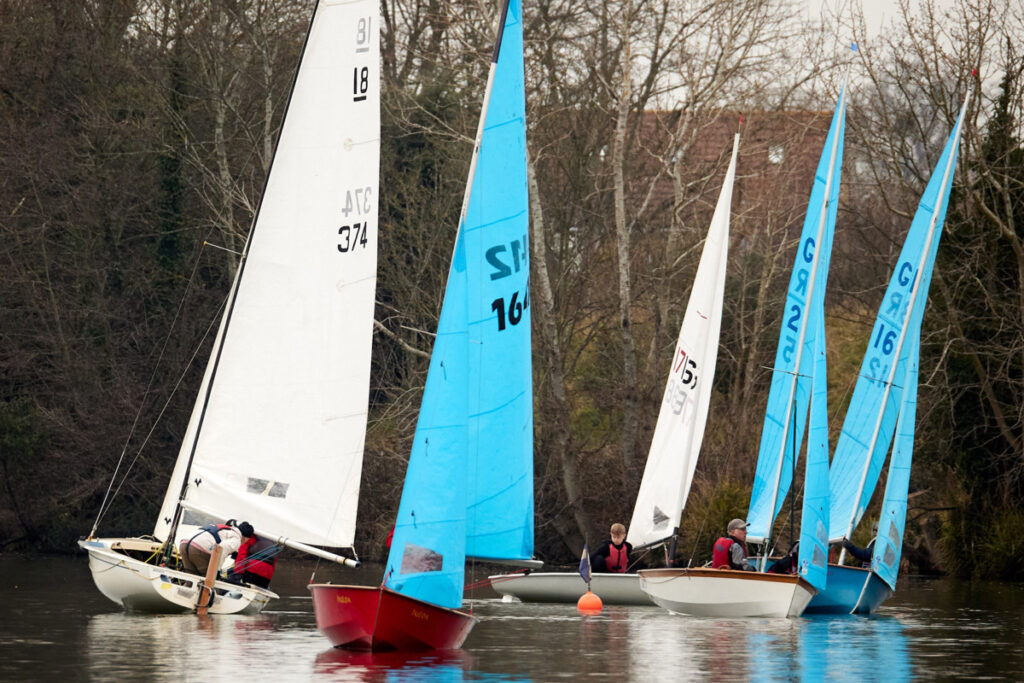 The soloing Peter Bide seemed to be the beneficiary of all the confusion and for a while was stately at the head of the five-strong Enterprise fleet.  However, he was worn down by the pursuing visitors with Ed Mayley and James Budden bringing home the bacon in first place.  Robin Broomfield and Paul Bloomfield came in second, with Peter in third.  Full standings at the bottom of this page. 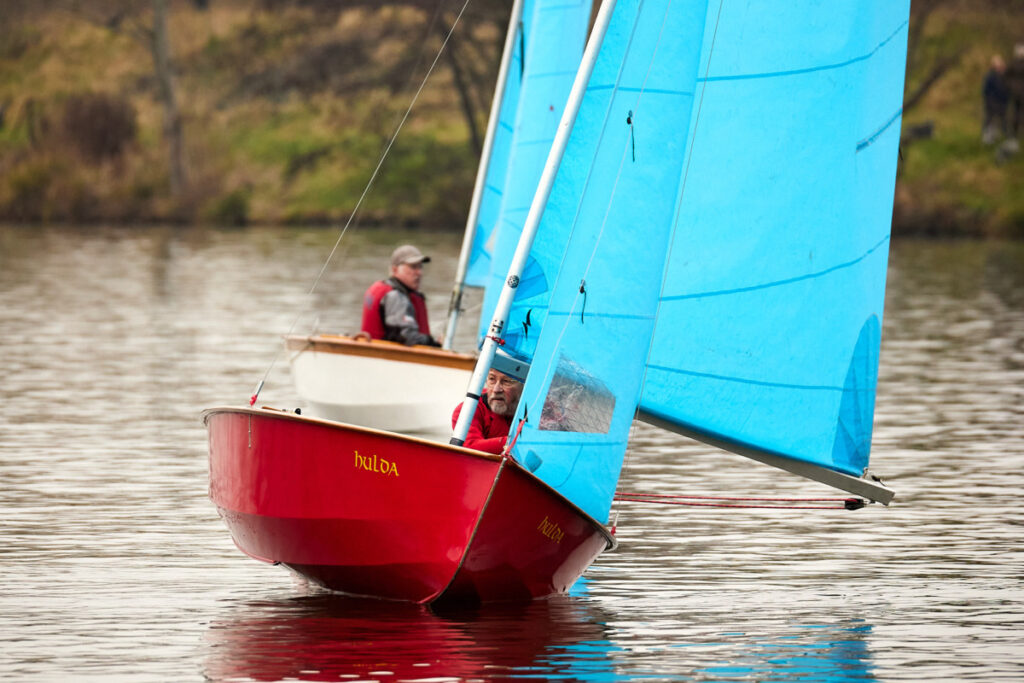 The N18s definitely got value for money today and were on course for a very long time to complete their laps.  The Commodore Chris Pollard, crewed by Alastair Banks, prevailed (on the water at least) besting Henry Defries and Carolyne Vines. 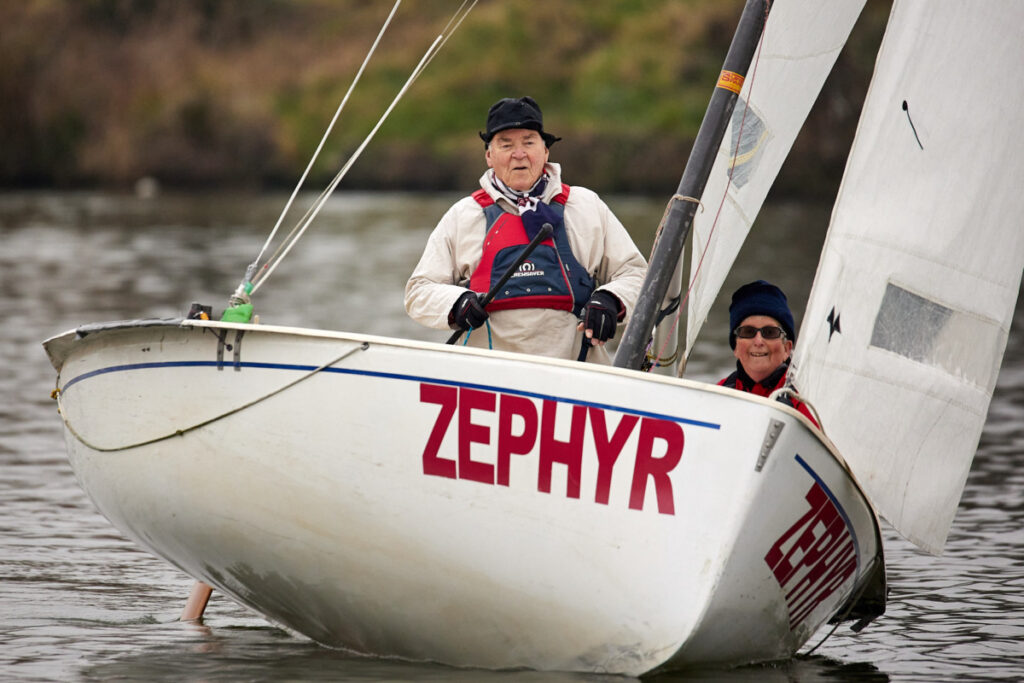 A few observers were concerned that Ken Duffell had issues simultaneously with his bailers and his burgee at the start of the Merlin Rocket race.  They needn’t have worried as, through the adversity, he discovered a magical power of progression up the Teddington bank and in to the lead at the first windward mark.  The result was this rare sight as the front two made the trip back downwind, captured by Zoe Adams for posterity (as Daryll Kerrigan would say, ‘that’s going straight to the pool room’): 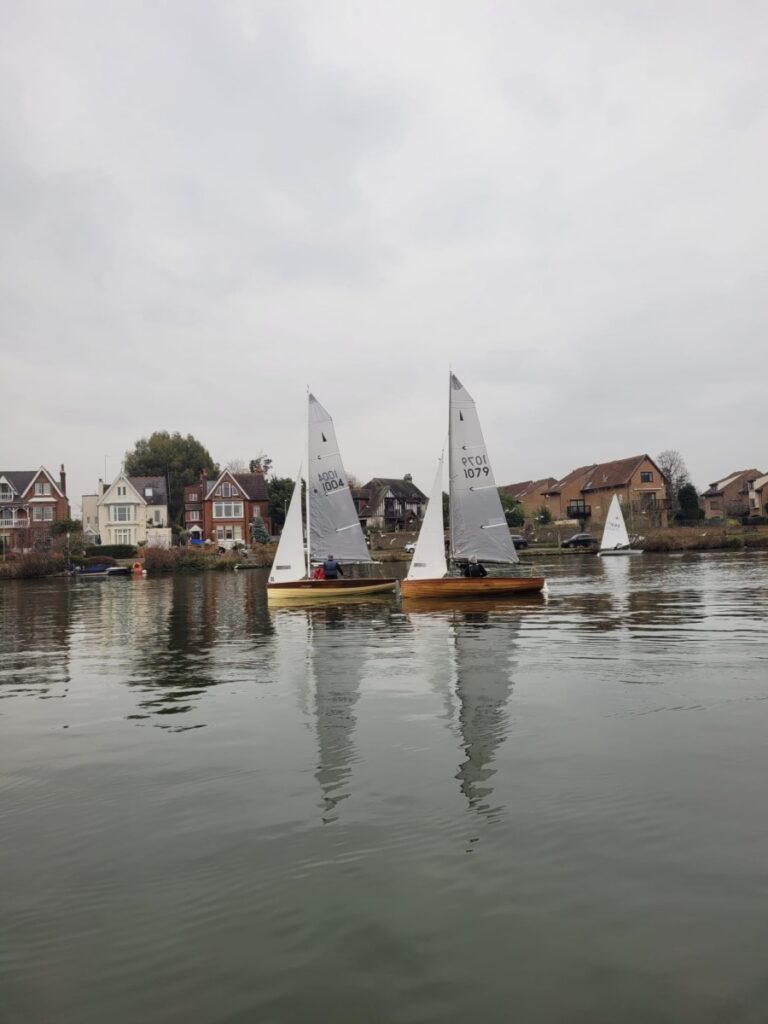 Behind them, the fleet scrapped and scraped for breeze with Peter Impey and Alison Cooper again making a fast start despite taking what is often the unfavoured mid-stream ‘Route One’ to mark one.   Notable improvers were Stuart Jenkins and Nicola Scaddan, and Joe Mclaughlin and Sean Roberts, both crews working their way back in to contention after average departures. 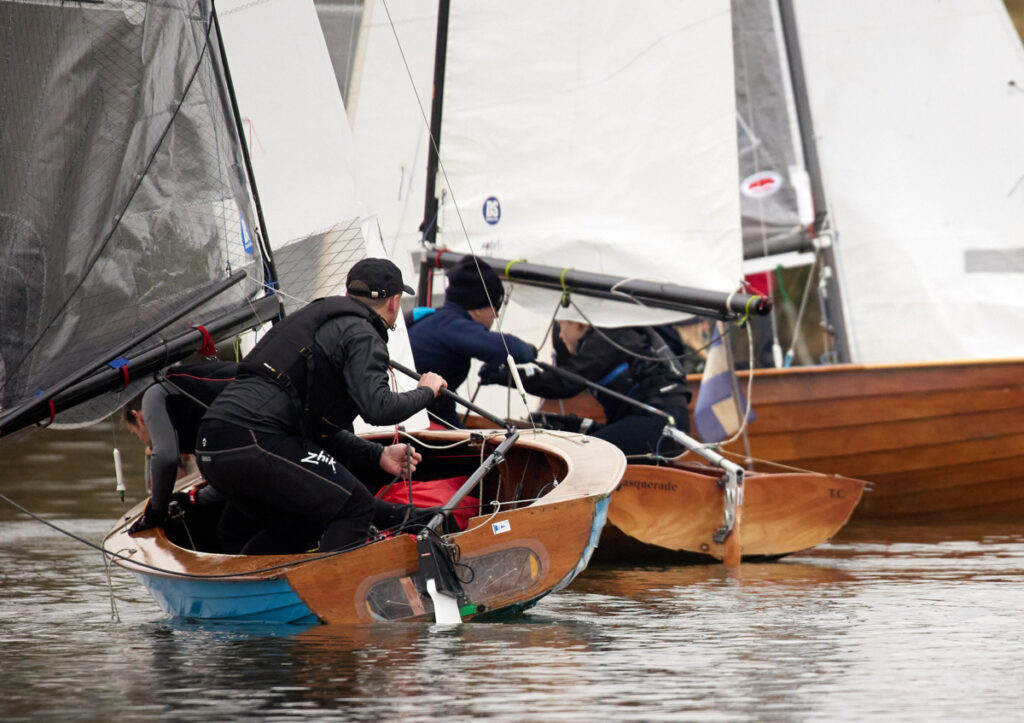 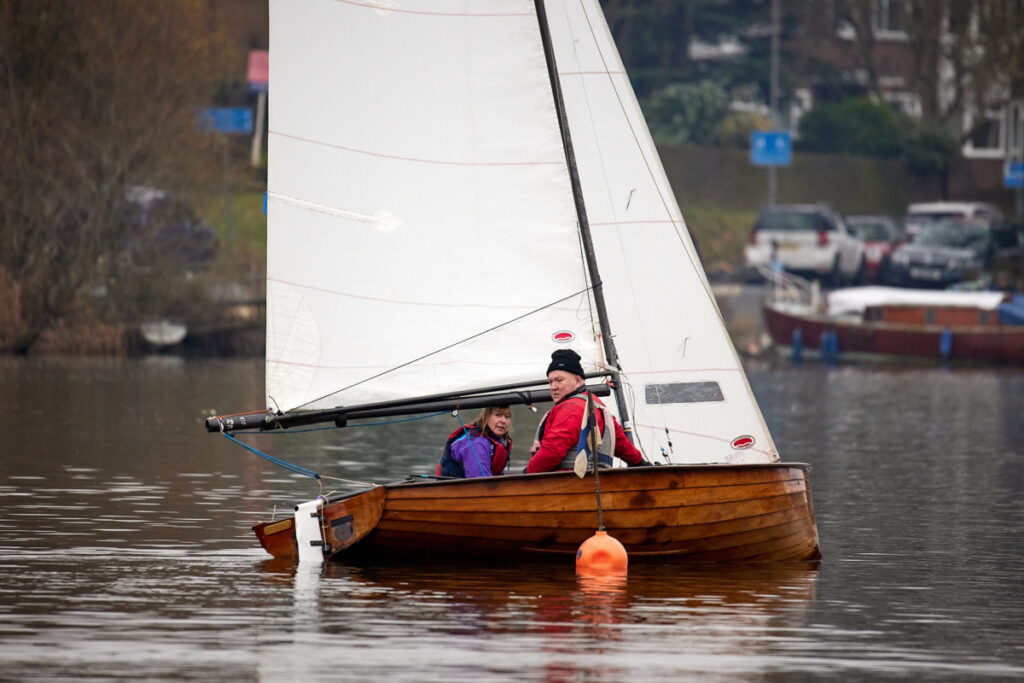 The river is a cruel place sometimes and so it proved for Team War Horse, in the form of Impey and Cooper, who struggled to remount after rounding the leeward mark in a strong position and faded badly.

Also, for the magician Ken Duffell who midrace, probably still anxious about the state of his bailers, decided to scoop a boatload of water during a tack to give them a test, falling overboard in the process so he could check his buoyancy aid at the same time.  Ken was right to be concerned, the bailers really didn’t work at zero knots and crew Joe Woods had to deploy the MK1  emergency red plastic bucket.  And then accept a tow from the patrol boat back to the shore. 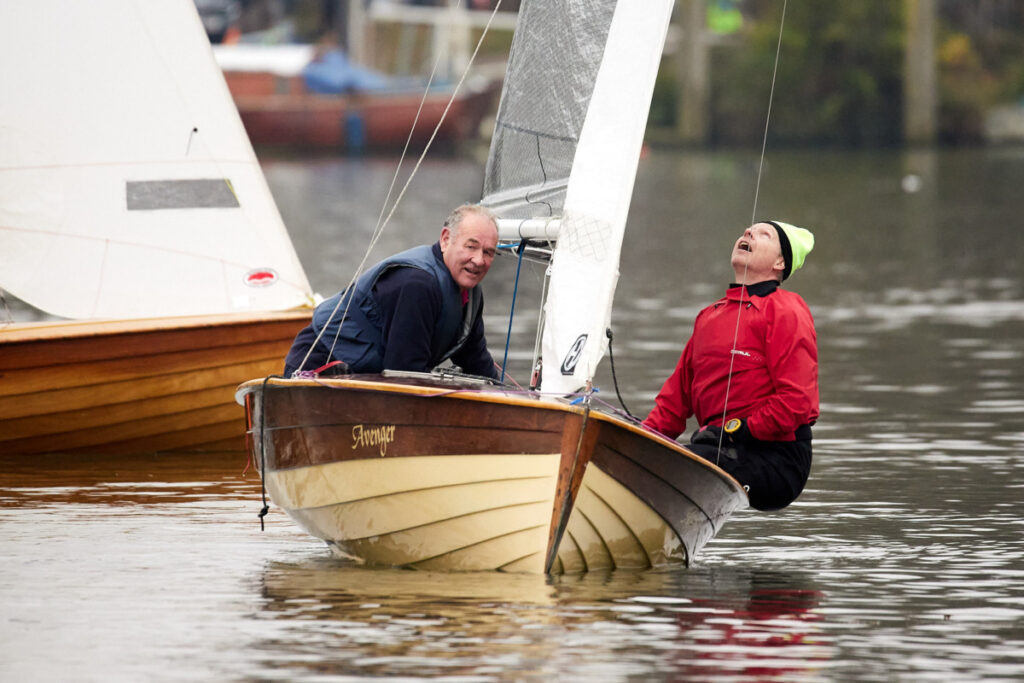 Even river technician Peter Mason, today crewed by Barbara Adams, wasn’t immune as both Joe Mclaughlin and Stuart Jenkins slipped by at the last. 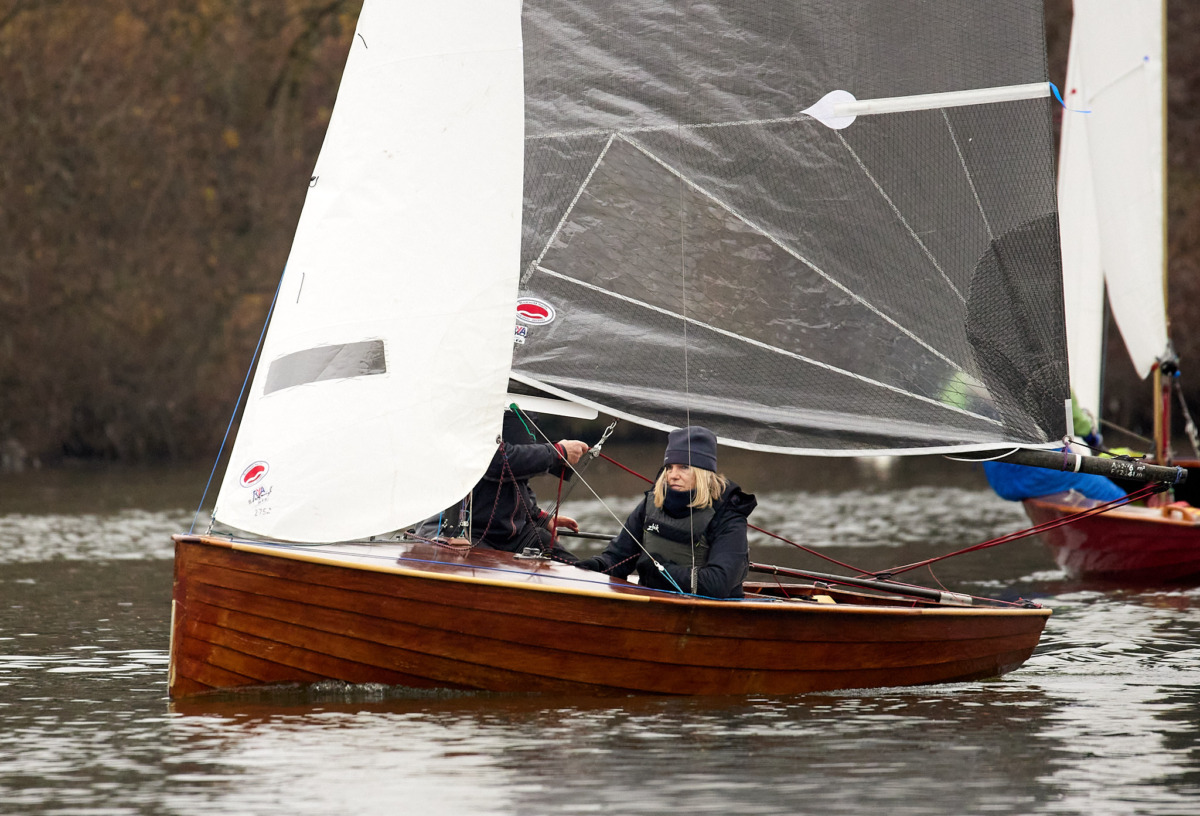 Richard Harris crewed by Chris Martin took the win by a margin from Joe and Sean, with Stuart and Nicola in third. 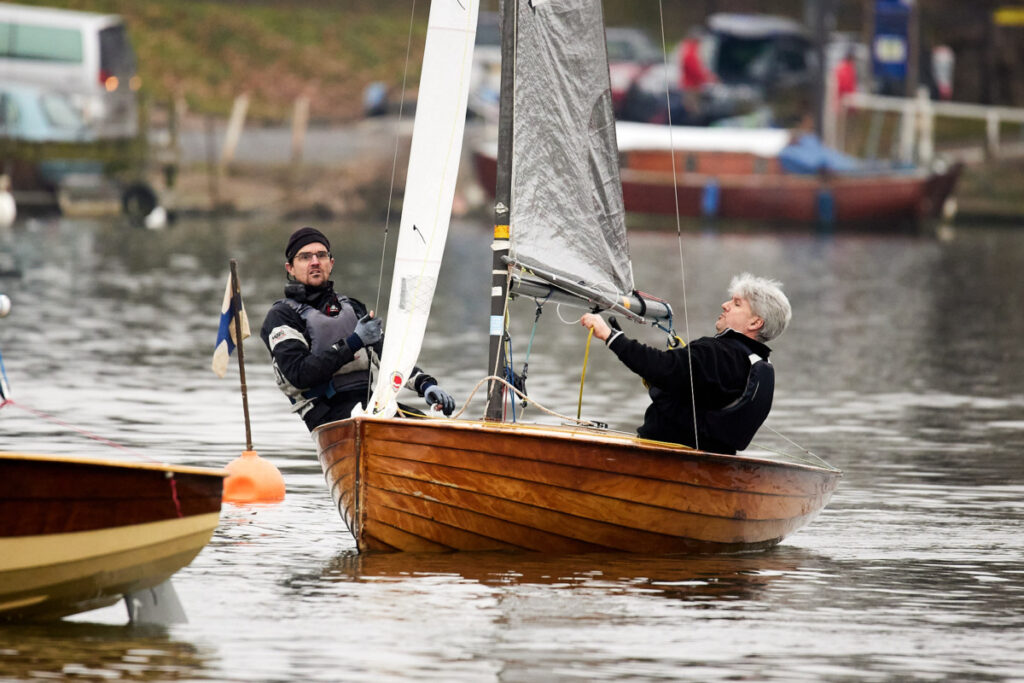 Thanks to Kaan Yargici and Ros W-H in the box for keeping the racing under control with a range of horns, beeps, peeps, and whistles, to John and Zoe Adams for being patient on the patrol boat (at least Ken and Joe gave them something to do in the end), to the kitchen and bar team, and to Chris Wade for taking more excellent shots.