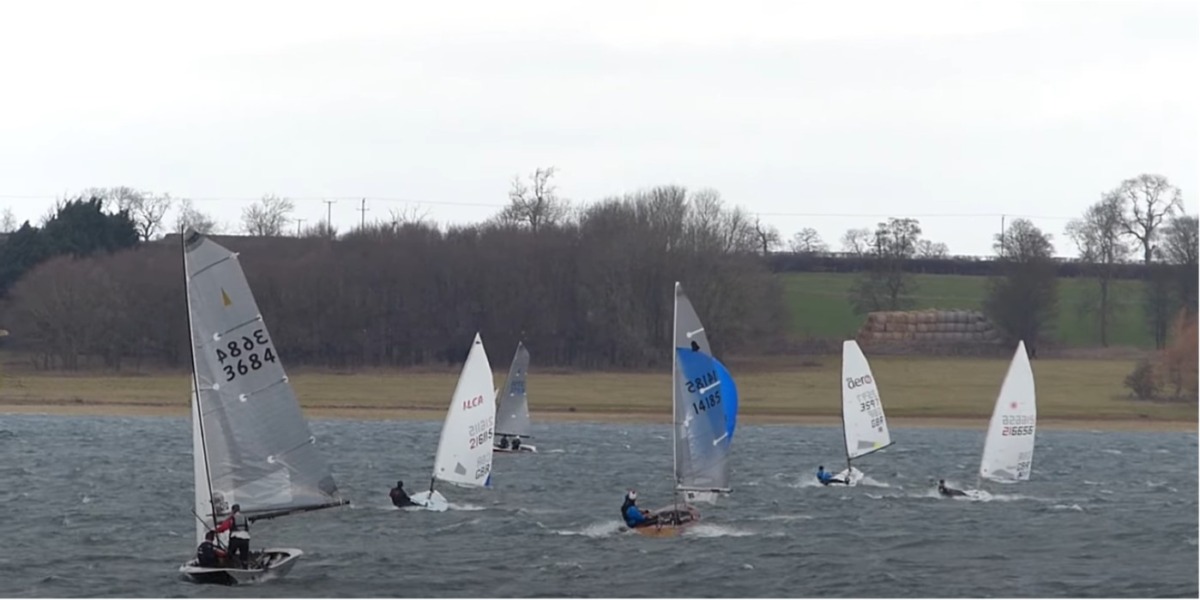 The Tiger Trophy was … proper windy.  Of the 93 entries, 45 finished race 1, 31 finished race 2 and 20 finished race 3.  It was a war of attrition.  The Merlin is a bit of an enigma; it has a powerful rig and can catch you unawares, especially at speed and in a breeze, but the rig is also incredibly flexible and controllable.

Knowing that average wind speeds were around the 25 knots range, with gusts around 35 knots, we raked back to around 90% of max, lowers were on half, jib cars were as aft as possible, centreboard was up a lot, cunningham went on hard, and so did the kicker.  The boom was a banana, the mast resembled that of a windsurfer, while the main was as flat as sheet of paper (when it wasn’t ragging).

We survived race 1, laughing at the ridiculousness of 35 knots going upwind, the kite never came out the chute, we tacked around most gybes, it was proper windy.  We didn’t finish race 2; despite having me on the transom and Ed standing behind the hoop, a HUGE gust came through and we nose dived on the run.  Then the rudder came off and we couldn’t get it back on again.

After being in the (very cold February) water for 20 mins, we were shivering uncontrollably, and whilst the rescue rib was manoeuvring around us, the mast track delaminated off the mast, so that was that.  We eventually got ashore, we had missed the rugby and to add insult to injury all the hot water had run out.  We noticed that there were many other boats on road trailers as they had obviously decided enough was enough.

The 505s did well at this event, and the 470, and the lowest placed boat to finish all 3 races came 18th overall.  Definitely an event to tell the grandkids.

Here is a link to a series of short clips taken at the Tiger Trophy, you can see Tom and Ed now and then in MR3684: https://www.youtube.com/watch?v=dDfffrg9Mq8&list=PLfEIejdfbP554GJ8xcNxQBEuEfHVQBYBp&index=1