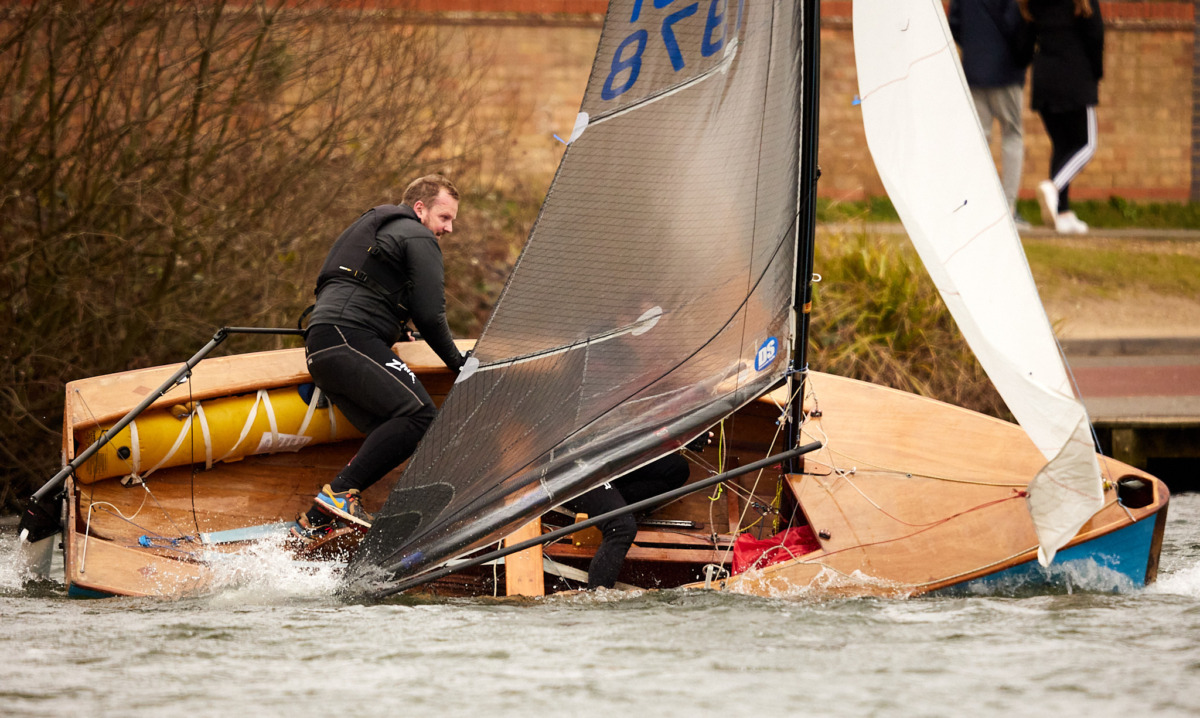 Could synchronised sailing become the next big thing?  If the answer is yes, then the club had an excellent, if unintentional, demonstration as the Laser fleet, picking its way to the leeward mark, was hit by a huge squall.  All boats spilled their jockeys immediately except for one which held on for a moment, glanced a moored boat, and then spilled its jockey (the state of the jockeys’ jockeys after this alarming and sudden reversal is undocumented).  It might have been the wind howling in the treetops but did the bankside folk hear a roar of ‘Strike!’ just after the final boat went down?

As you can tell, it was another windy morning on the Teddington Riviera and the Lasers weren’t the only ones to feel the force.  More on that to come.

Jim Hamilton avoided a dunking by tactically dropping his rudder in the river while launching his Laser.  Arrivals to the club were greeted by the sight of Jim up to his armpits in cool/cold water seeking the missing item with his feet.  One wag remarked that maybe he was ‘treading in’ after a waterpolo match.  Sadly for Jim, his rudder didn’t re-appear from the murky depths but he does win this week’s ‘Above and Beyond’ award.

Once the Laser helms had remounted, there were some more further fresh to frightening gusts which tested and tormented the fleet.  All plugged away with Jon Redding prevailing, Kaan Yargici in second and Matty Key in third.

Stewart Colley decided that discretion was the better part of valour and took a launch back to the hot showers while his support team retrieved his boat from the Surrey bank. 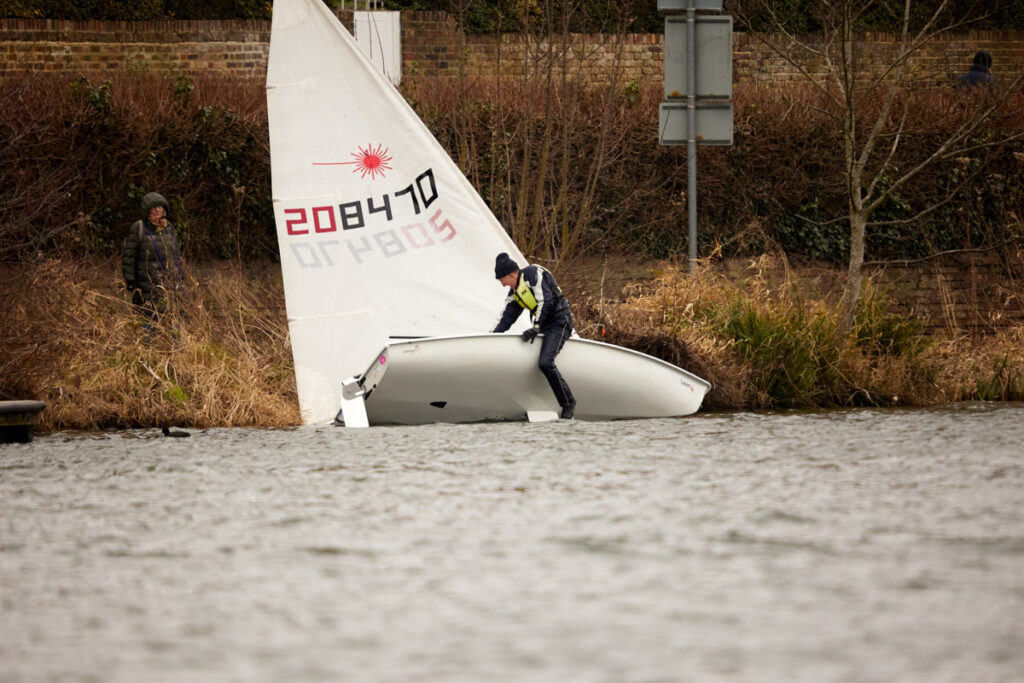 All except one Enterprise, having witnessed the excitement, decided to drop their sails and pack in for the week.  However, Ed Mayley and James Budden were not to be dissuaded and set off in search of another bullet.  Being the sole entrant, all they had to do was finish but even this feat hung in the balance as they capsized and shipped a boatful before the windward buoy.  The MK1 bucket made another appearance and, once the boat was floating, the guys carried on and sailed to the finish.  Well done to both for showing Minima YC grit! 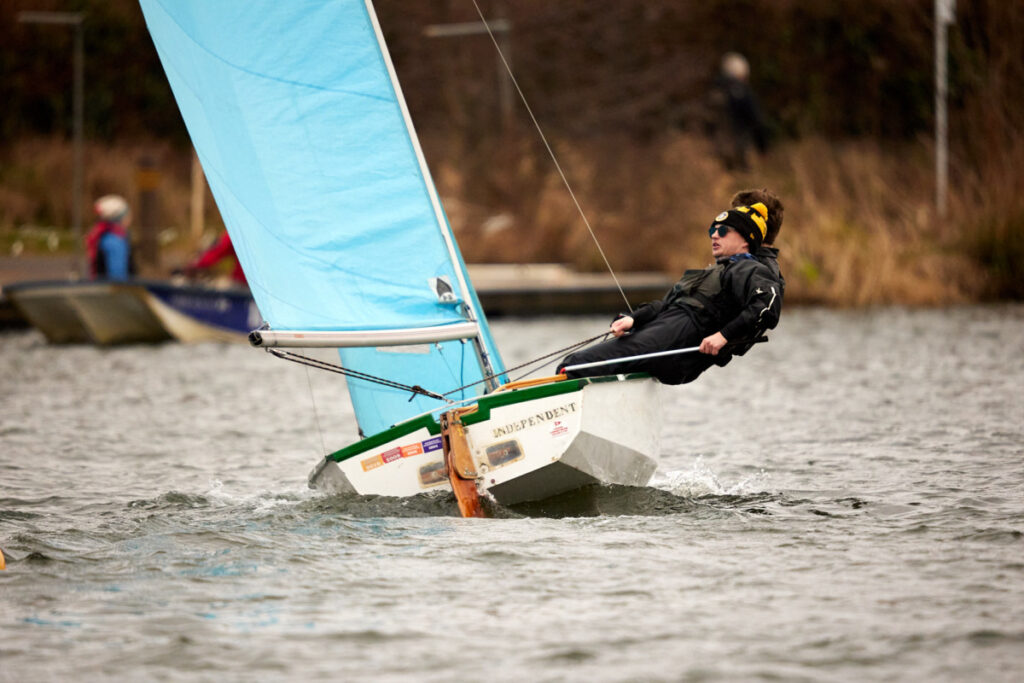 The N18s didn’t even get as far as putting sails on their boats, probably wise.

Finally, a strangely Harris-less Merlin Rocket fleet took to the dancefloor with would-be series contenders sensing the opportunity to improve their tally.  The wind soon revealed those who are a little rattly in their manoeuvres and dunkings seemed to be inevitable.  Matt P-J crewed by the indomitable Lyra Wade took a bath but were soon up and running again to finish third. 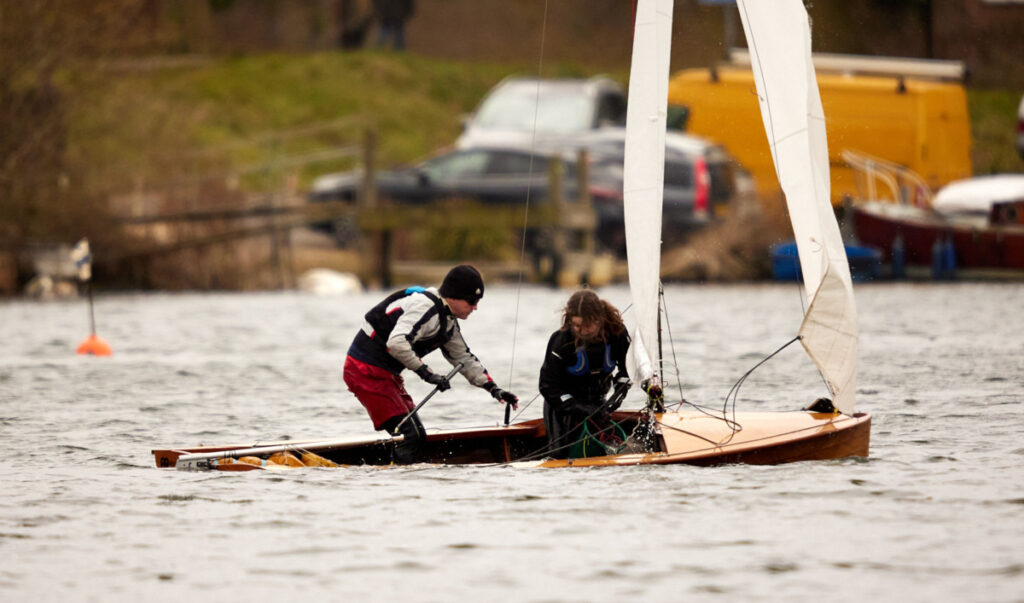 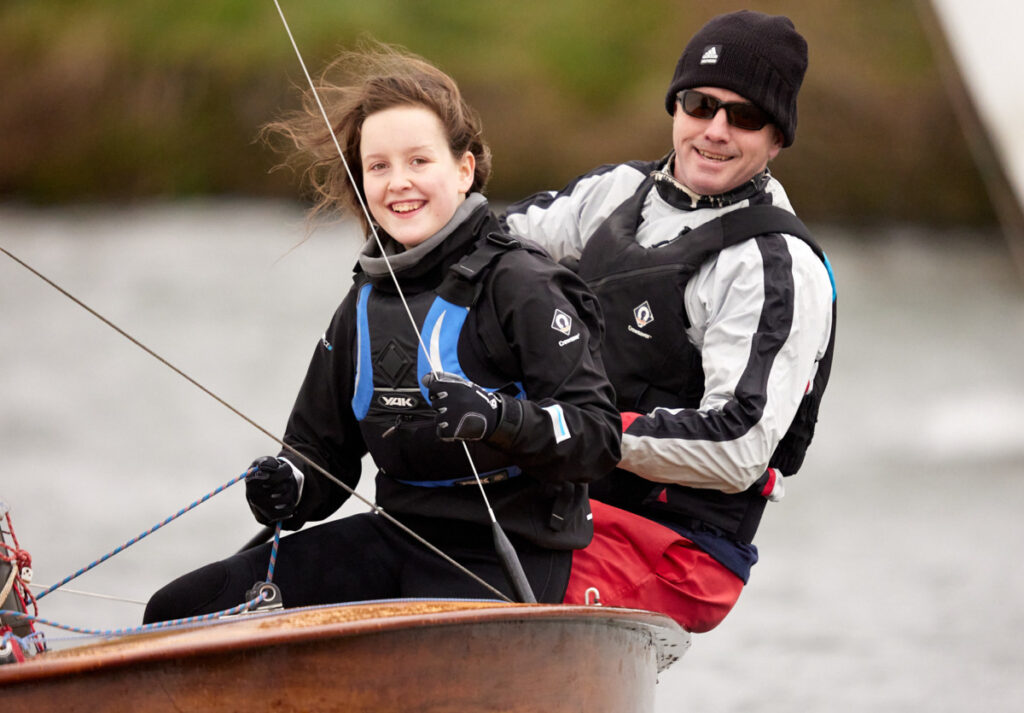 Of more importance to the series standings, Joe Mclaughlin and Sean Roberts were forced to retire after a knotty bit of the rig gave way and tension was irretrievably lost for the day. 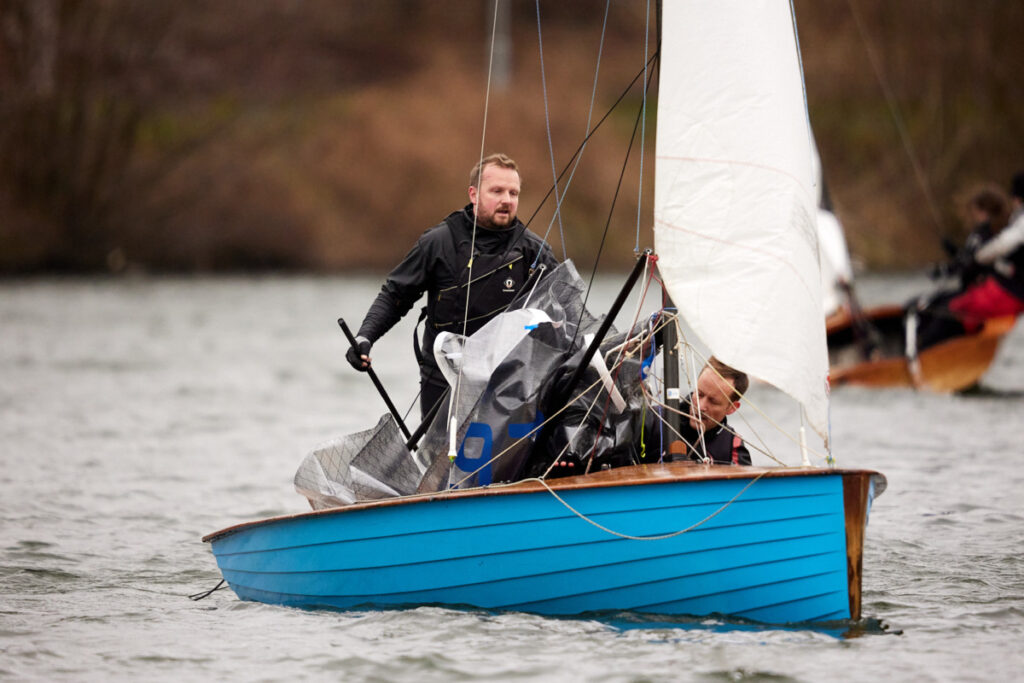 Peter Impey and Alison Cooper gained from last week’s experiences and kept the mast above the water despite losing their kicking strap mid-race.  Rob Hatley and Lucy had a satisfying maiden voyage in their new Winder MK4a coming in a creditable second despite the need to adapt to some rigging quirks. 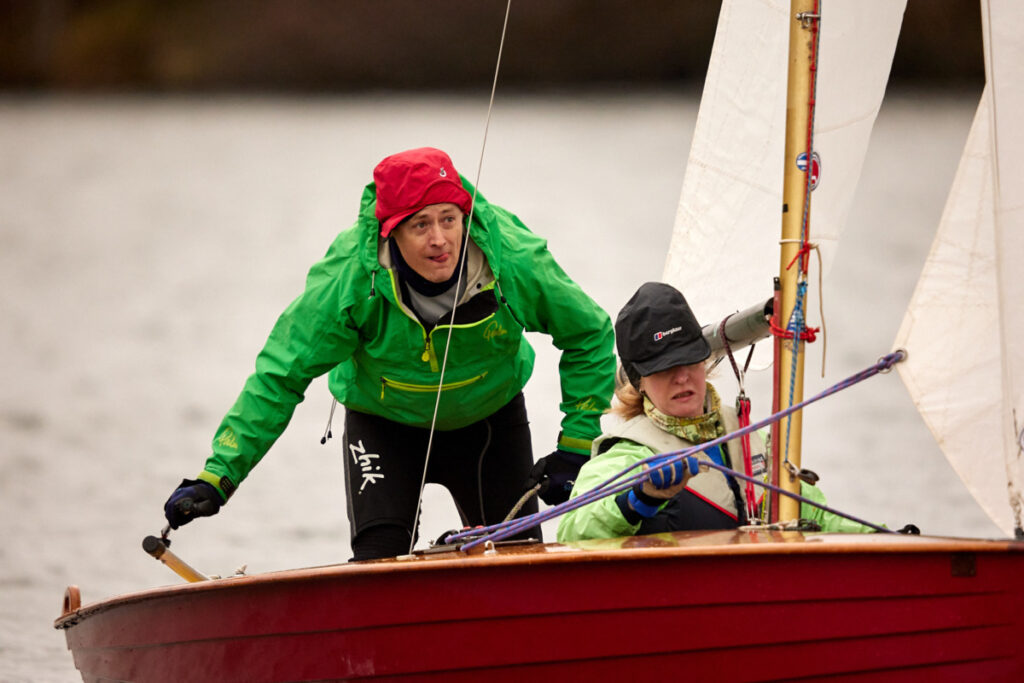 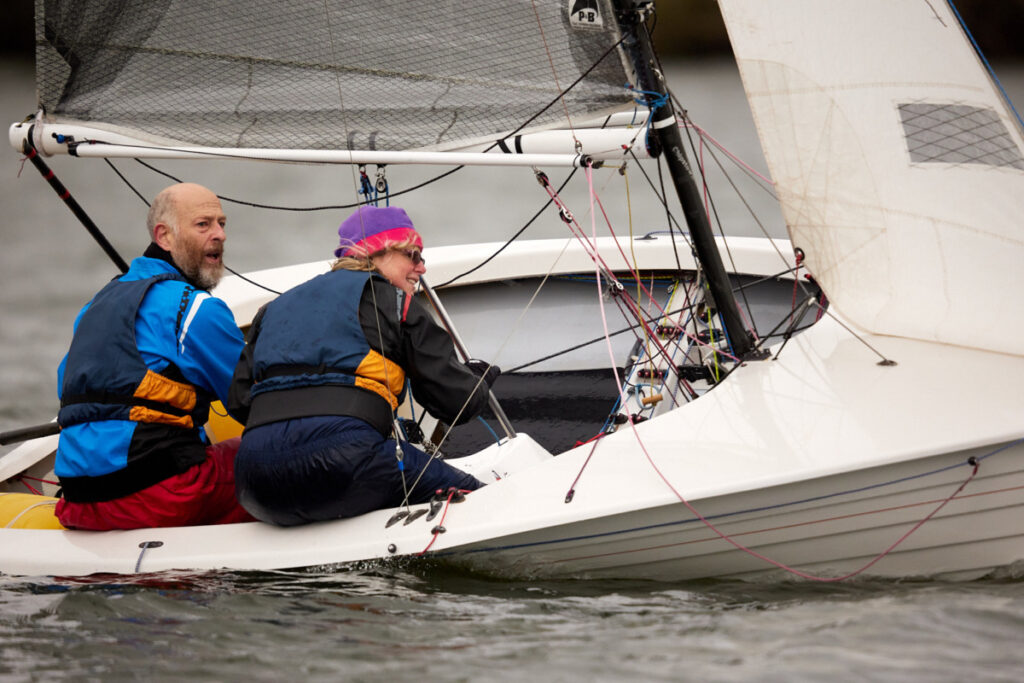 There will undoubtedly be the sounds of a number of boats receiving some solid bimbling this week!

Out in front were the duo of Ken Duffell and Joe Woods, whose steady display resulted in a well-deserved first win of the series.  Congratulations to them both! 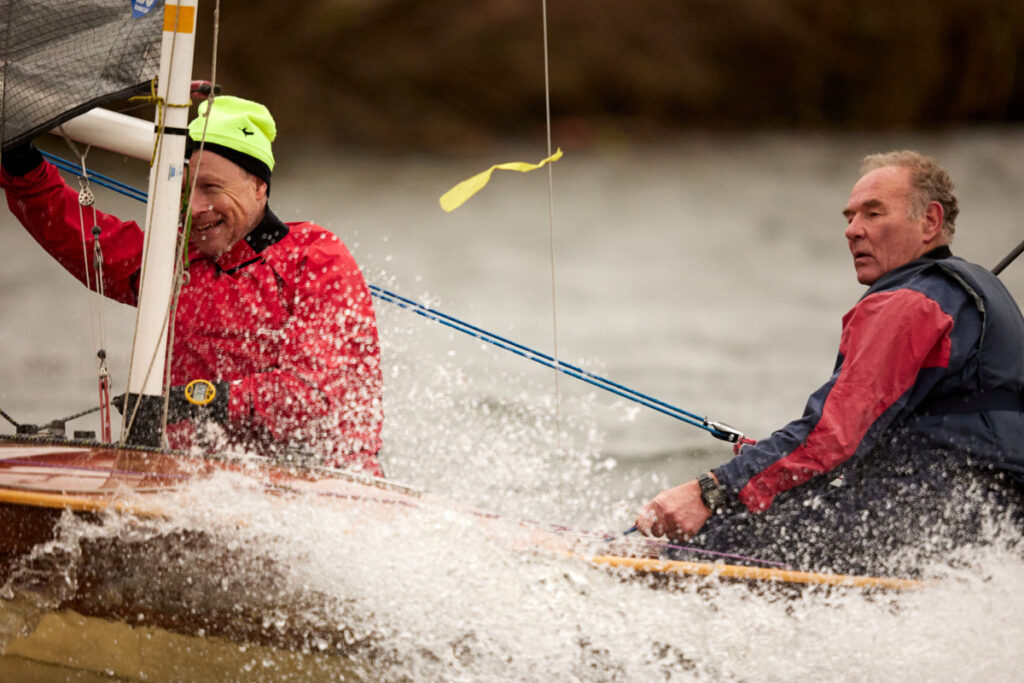 As you might expect, the bar and kitchen did a brisk trade with many servings of pasta medley and tiramisu being consumed accompanied by nerve-calming libations.

Next weekend promises another transport of delights.  Wind is on the chart for the third week in a row, likely to be a frisky westerly.