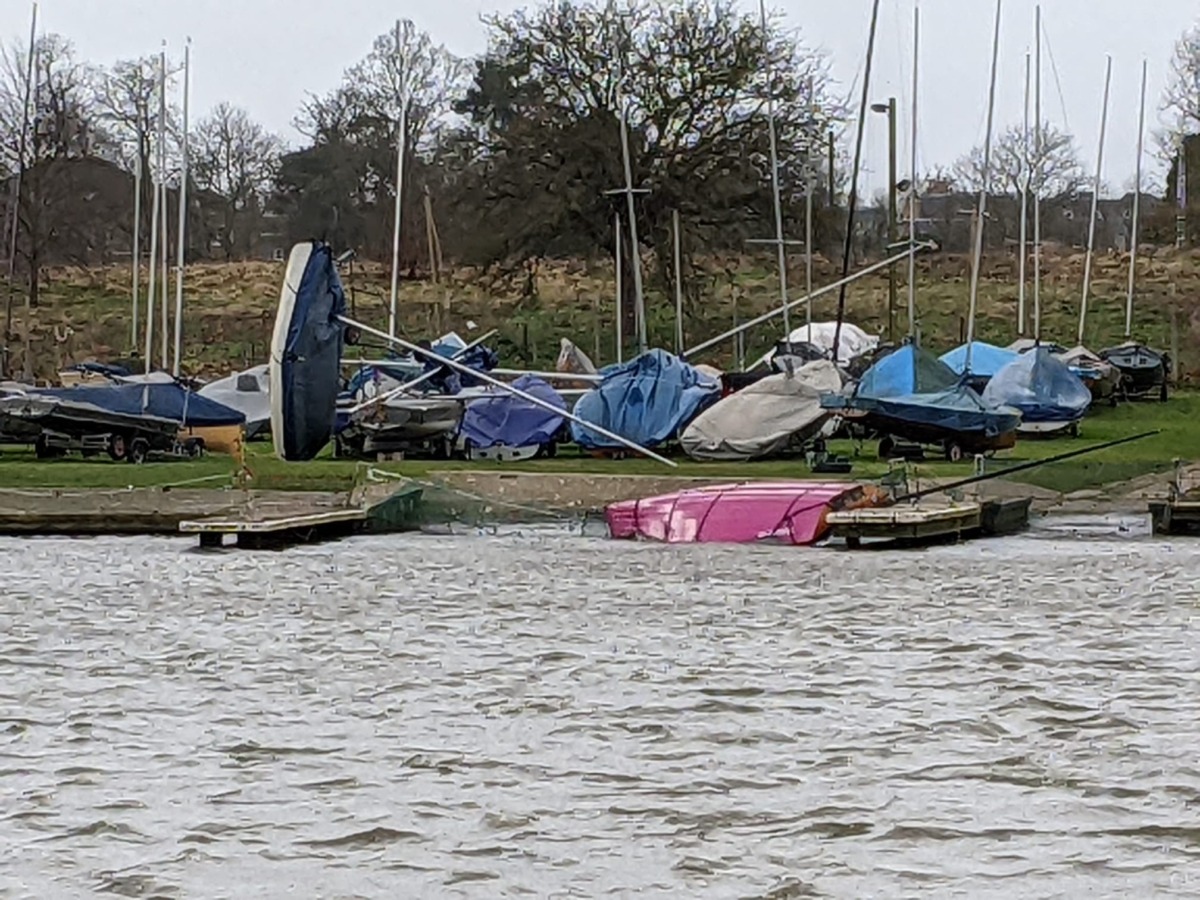 Storm Eunice arrived on Friday 18th at Tammy with a vengeance. A view from the Surrey bank revealed an Enterprise up ended on its transom standing like an SUP , a Merlin magically moved from its berth desperate for a sail but tripped on its way to the slipway and turned turtle with its mast ripped from its upright position ended up like a drowned whale between the two pontoons. In the N18 park there was one thrown off its trolley lying on its side , another turned over with its mast like a fishing rod in the water, both boats uprooting their ground anchors. 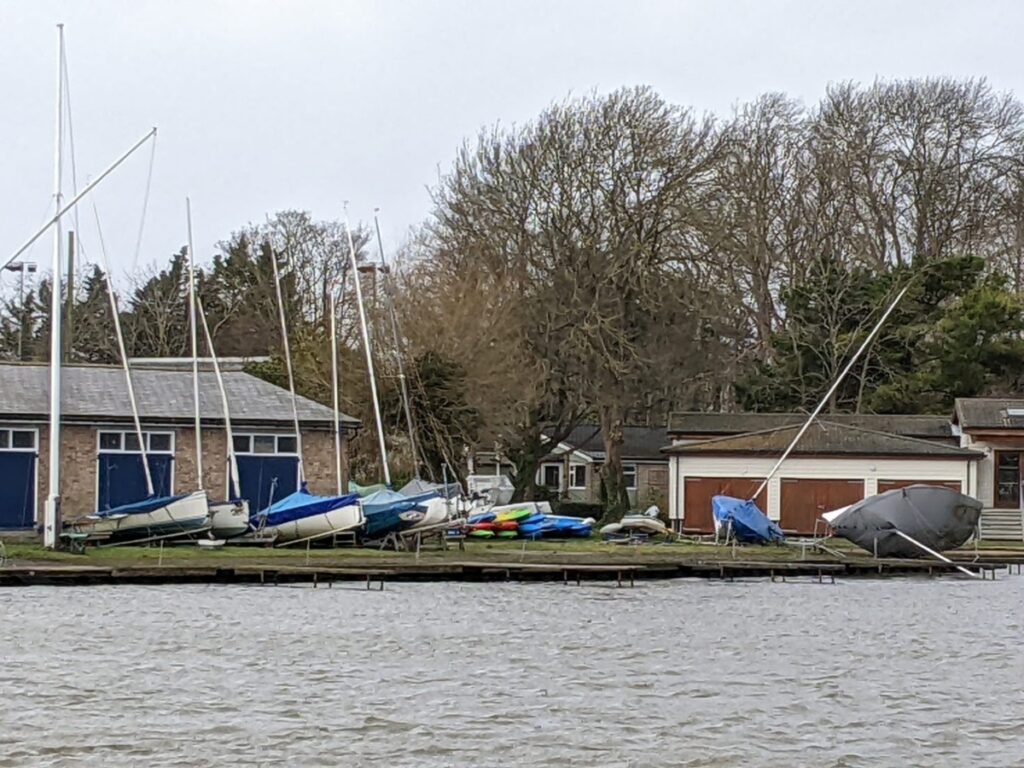 WhatsApp enabled us to rally up several willing members within the hour to help sort out the worst , before returning at 10.00 am Saturday to complete the task after the wind had subsided ( a little!).

N18 Rhapsody, with its mast resting in the water, was returned to its trolley after first replacing its split jockey wheel , the other N18, The Goose Drank Wine, after fitting a second new wheel to its trolley, was repositioned to face the prevailing wind , both boats were then anchored securely again.

The Merlin, Make It So, was retrieved with the help of Griff donning his dry suit and John A wearing his sailing gear ( no he wasn’t about to go for a spin!) and emptied of some very muddy water via the transom flaps. Fortunately she suffered remarkable little damage apart from a small hole in the hull and slight damage to one gunnel . 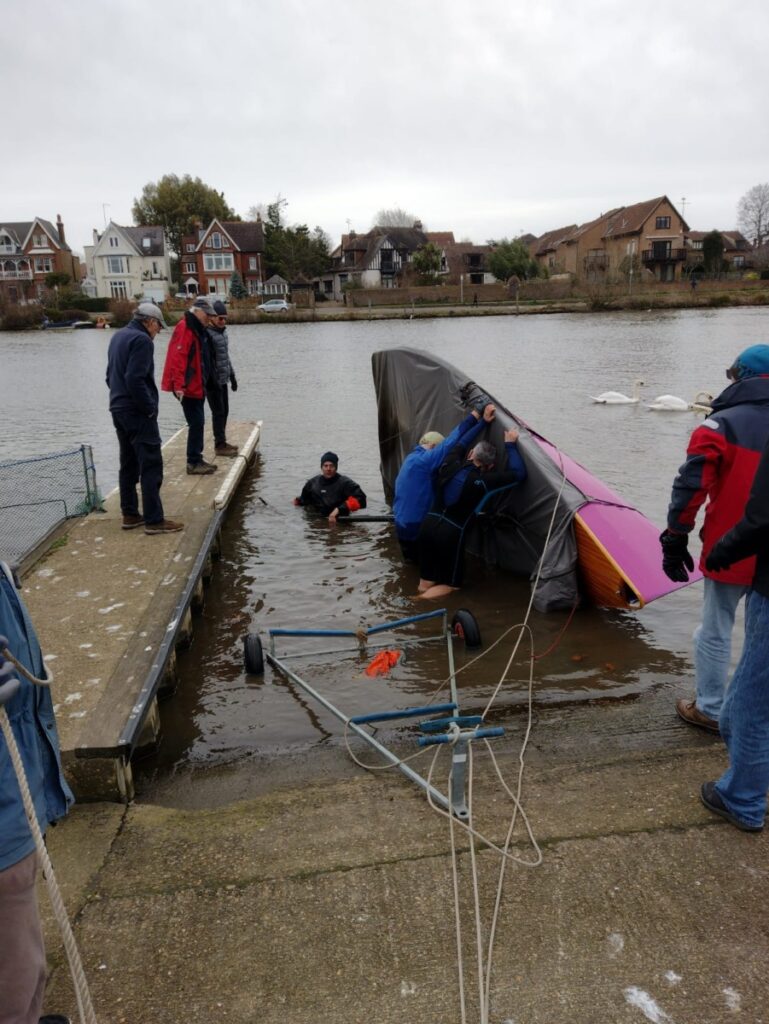 All in all a lucky escape for many but saved by some very willing members, Griff, Tim, P J, John A, Barney, Stewart, Jim H, Marcus, Sean, Paul J, David B, Mal, Brian, Philippe.