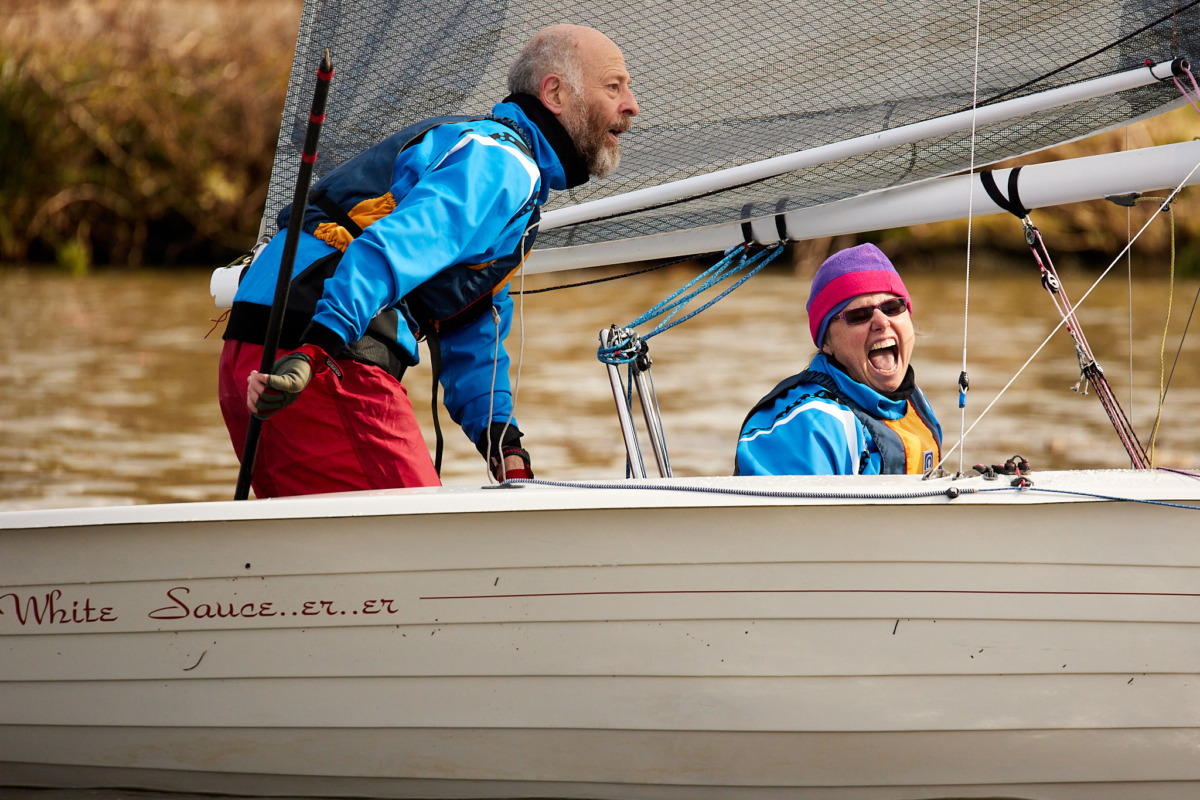 The windy Winter Series continues to bring new and bracing challenges. This time a predicted Northerly had swung around overnight to become something closer to an Easterly. The icy blast from the East at least allowed OOD Richard Harris the rare opportunity to send the fleet past Steven’s Eyot, with an upstream reach turning into an eye-watering run on the approach to the Canbury mark. 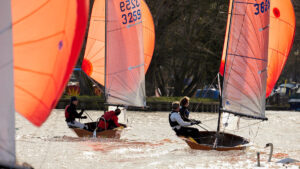 The “lockdown timings” for starts are about to change, so perhaps for the final time it was the Laser fleet that was first to dip their toes in the water – literally, in some cases. After successfully calculating how best to launch into a gusting onshore wind, six Lasers made the charge for a downstream start. Marcus Chavasse opened up an early lead, which he managed to extend throughout the race for a clean and relatively dry win. Behind him, Chris Taggart and John Edmondson looked to be leading the chase, particularly with Jim Hamilton taking an early bath that looked to have poured icy water on his hopes of a result. 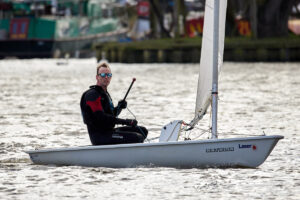 However, Jim beat his way back up the fleet, finishing second, followed by Chris Taggart, Matt Valentine, John Edmondson and Kai Wohlfahrt. 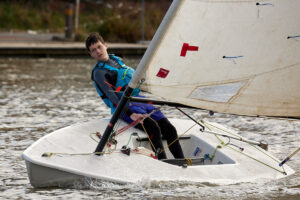 In the meantime, although the National 18s judged it all too cold and difficult, a brace of Enterprises were out looking to continue the good work of the recently completed Traveller series. 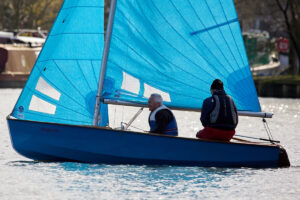 Alex and David Cane held position over three testing laps, managing frequent heavy gusts as well as the odd dead patch in front of the race box. Nevertheless, Charles Fox and Robert Blakeborough were never out of sight until an especially tricky final run to the Canbury mark finished the matter. 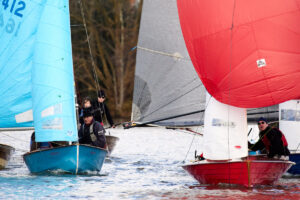 Under the new race times, as of next week the Merlin fleet will lead the way. As it was, eleven Merlin crews were able to watch and learn before their start, particularly noting how productive was the familiar trick of creeping up the Middlesex bank on the long reach upstream. 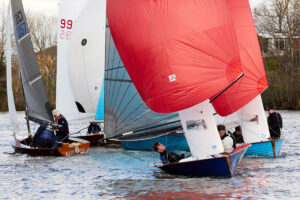 A crowded fleet combined with a lively downstream start meant that overstepping the line was always a possibility. As it was the race box sent three boats back, including perennial points contenders Point Break (Andy Harris & Matty Key) and Lady Anne (Joe McLaughlin and Sean Roberts). This gave Avenger (Ken Duffell & Joe Woods) and Andromeda (Charlie Morgan & Alexey Anitskey) the chance to take the race and make it their own. 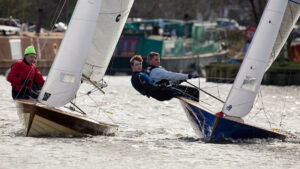 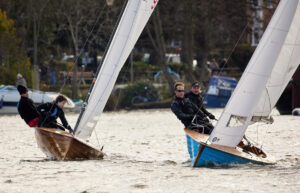 While much of the fleet jostled for the odd place, the restarted blue Merlins went on a charge, taking Point Break and Lady Anne to second and fourth respectively by the end of the first lap. Charlie Morgan, however, looked in no mood to be caught. 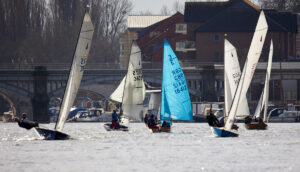 It was only on the ever-shifting reach of the penultimate lap that Point Break managed to better judge yet another shifting gust and go underneath to take the lead. 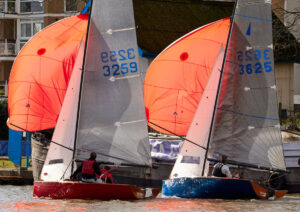 Charlie had to endure the feeling again on the very last beat, with Lady Anne managing to finesse its way through with one tack fewer, nabbing second place by just 3 seconds. 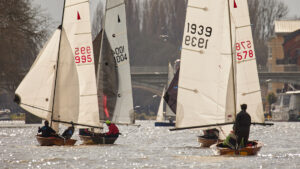 Two rescue boats were dancing attendance all morning, but all three fleets managed to make their way back to shore unassisted, where they found a warm welcome, a cold beer and a hot lunch in the clubhouse. 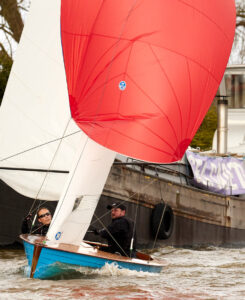 Thanks to the box team of Richard Harris and Emma McDonald, Chris Pollard, Peter Bide, Alistair Banks and Caroline Stillwell in the patrol boats, and the bar and kitchen staff. And many thanks to  Chris Wade for the photos.

As a final reminder, the new race times are posted in the clubhouse and will be communicated widely this week. Please make a note and re-set your alarm clocks!