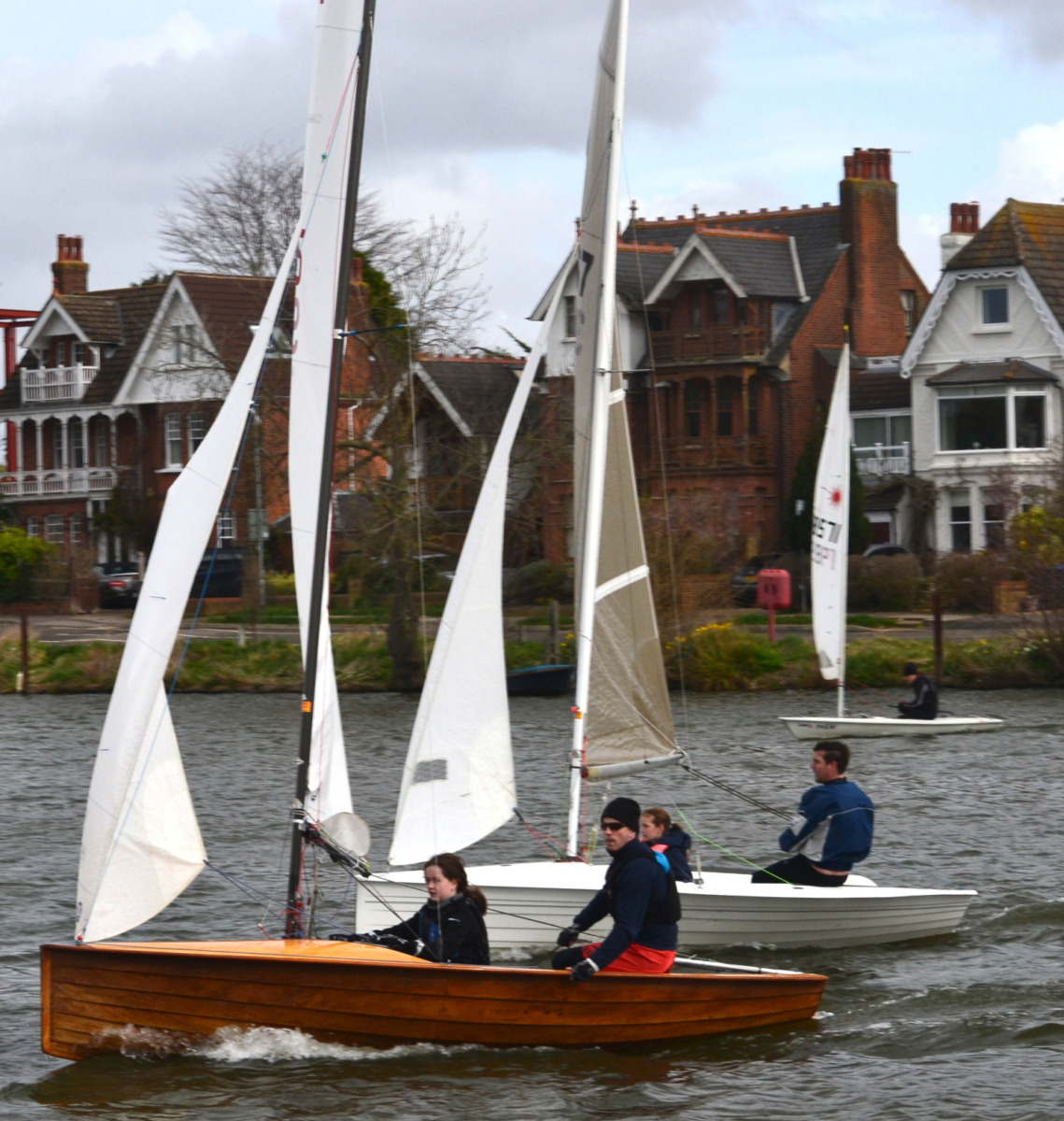 Sunday the 13th brought a variety of new starts to Tamesis. Most obviously, it saw the beginning of a new mini-series, with the trial “Blue” series racing preceding the Winter Series. The start times themselves were also shifting, from the generous half-hour gaps put in place during lockdown, to a rat-a-tat starting sequence: three class starts in 10 minutes, making for plenty of churning water and shouted instructions under the start line. 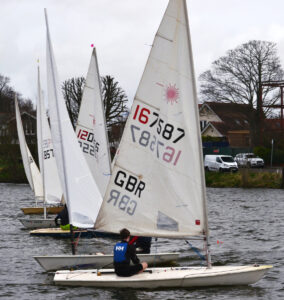 Two races in one morning, and the enticing prospect of a brisk southerly wind, offered a challenge and an opportunity to OOD Andy Harris. He responded by confidently sending the fleets upriver towards Kingston. Five Merlin Rockets led the way at the new Blue series start time of 10:30. It was a new start too for one of them, Griff Tanner taking his newly acquired white Merlin out for an early spin. Two brisk visits to the far shore of Steven’s Eyot later, Charlie Morgan and Tim Ginn took the hooter, having narrowly outpaced Matt P-J and Lyra Wade. 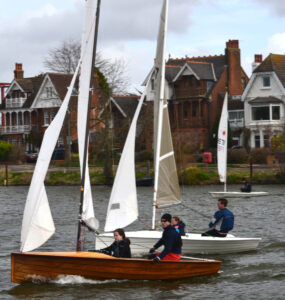 In the meantime, seven Lasers had taken flight for the early race, including another new start: Matty Key graduating from club boat to one of his own. Maybe the excitement of ownership allowed him to dominate a noticeably sleepy start, with only Henry Medcalf in close attendance. Two laps were enough for the pack to be shuffled. Jim Hamilton, Chris Taggart and John Edmondson (in that order) nosed their way up the positions, but were unable to hunt down young Key. 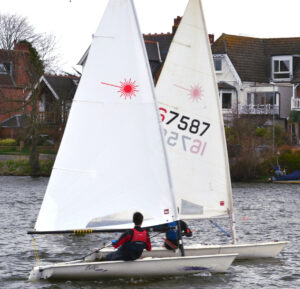 Between races, it became clear that the breeze was losing its spiciness. The race crew had moved the Canbury mark further upriver through Canbury Gardens, anticipating a long and testing beat for all. In the event, ten Merlin Rockets, six Lasers and a solitary Enterprise had a more stately progress for the main event.

In the Merlins, Andromeda (Charlie Morgan & Tim Ginn) had a second good race, but found that the competition had been stiffened by the arrival of Passing Cloud (R. Harris & C. Martin) and Chindit (Stuart Jenkins & Nicola Scaddan), who took first and second places respectively. 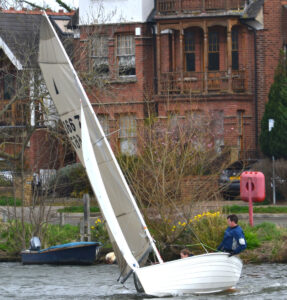 Among the Lasers, Matty Key enjoyed a very similar run-out to the first race, establishing an early lead and proving difficult to reel in, despite the steely efforts of Chris Taggart (2nd) and Jim Hamilton (3rd). 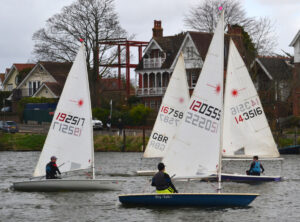 As ever, the volunteers make everything happen. Thanks to the race box team of Andy and Nim Harris; Marcus Chavasse, Oursal Sayer, Jonathan Key, Tom Harris and Chris Wade in patrol boats. Thanks also to the staff in the clubhouse.