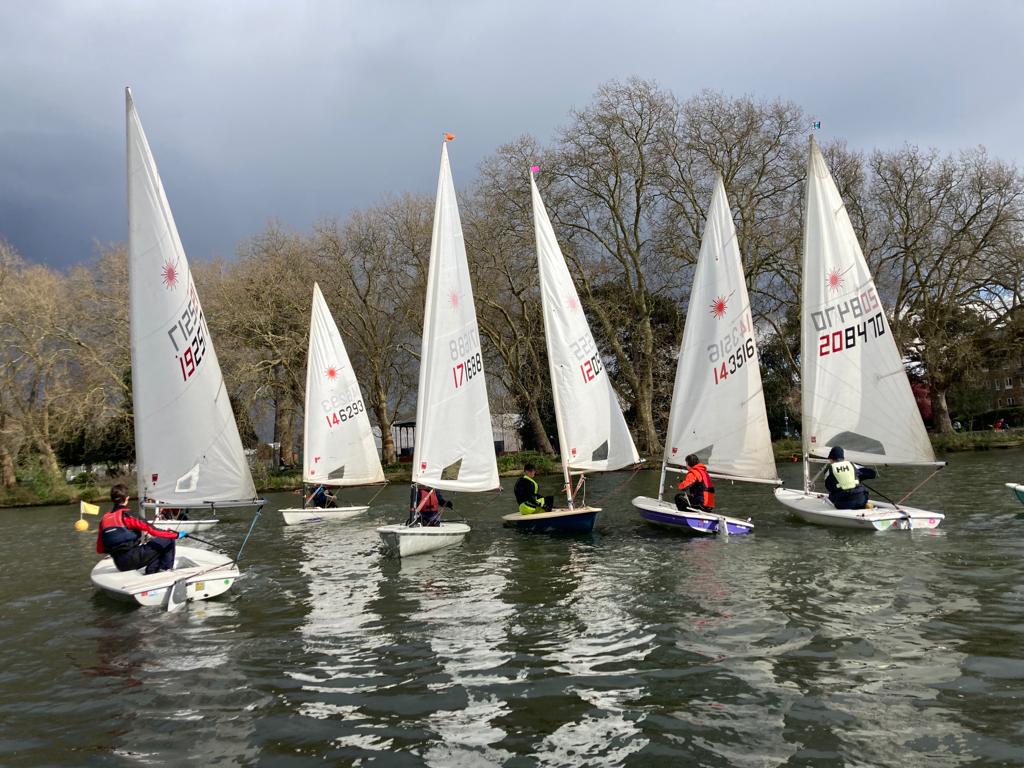 Here is Jim Hamilton’s account of what was an excellent afternoon on the river.  Pictures from John Edmondson:

It was blustery and cold when nine keen Laser sailors of all ages gathered on Saturday to get tips from Matt PJ on how to improve their sailing. Tips included what to flip to avoid the dreaded snagged line when gybing, and to apply the magical silicon spray to the blocks for extra slick mainsheet handling. 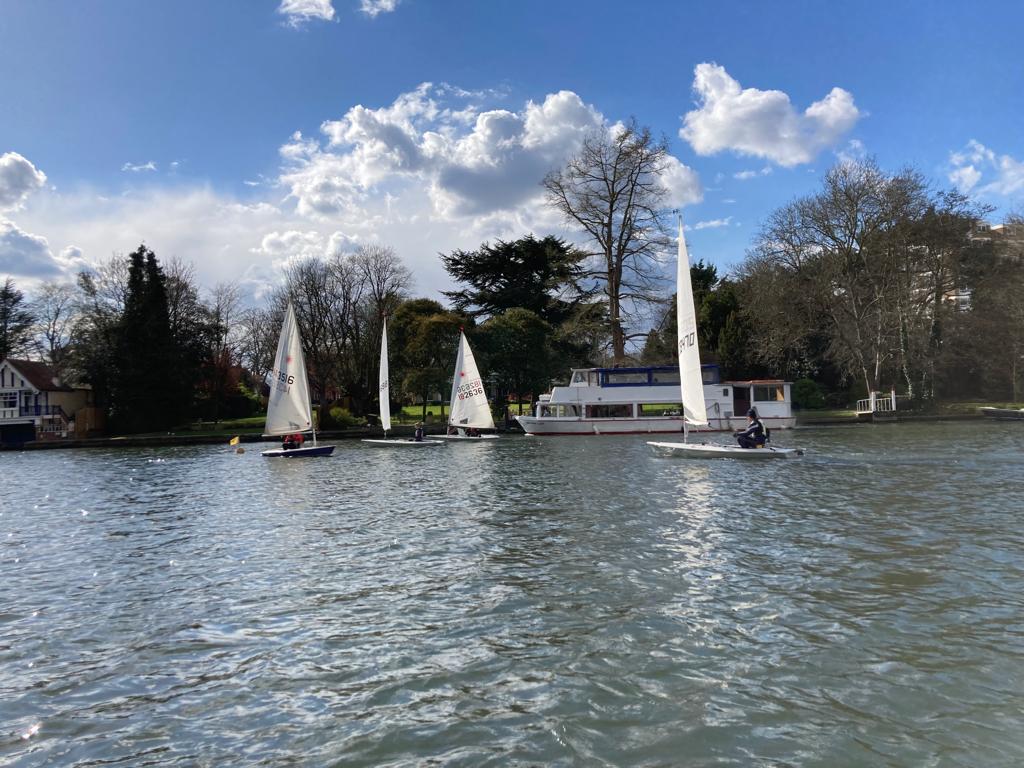 Having launched, Matt and son Arthur, with John Edmonson as boat driver, cruised around offering wise advice and rescues when required. It was originally intended to have two afloat sessions, however launching was awkward in the east wind and conditions not good near Tamesis, so we all headed above the island for just one session, finishing with a couple of short races, before repairing ashore for tea, biscuits and analyses. 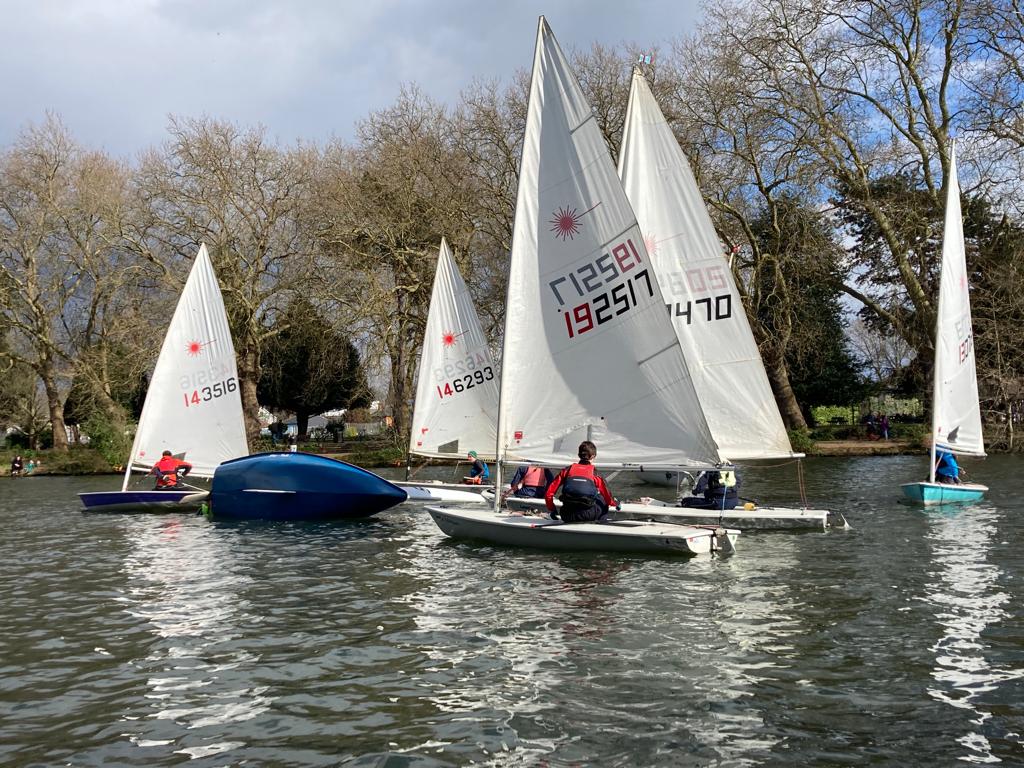 There were a number of capsizes including myself when the wind backed while attempting not to cross the starting line. Thanks are due to John for organising and Matt for executing an enjoyable and instructive afternoon.