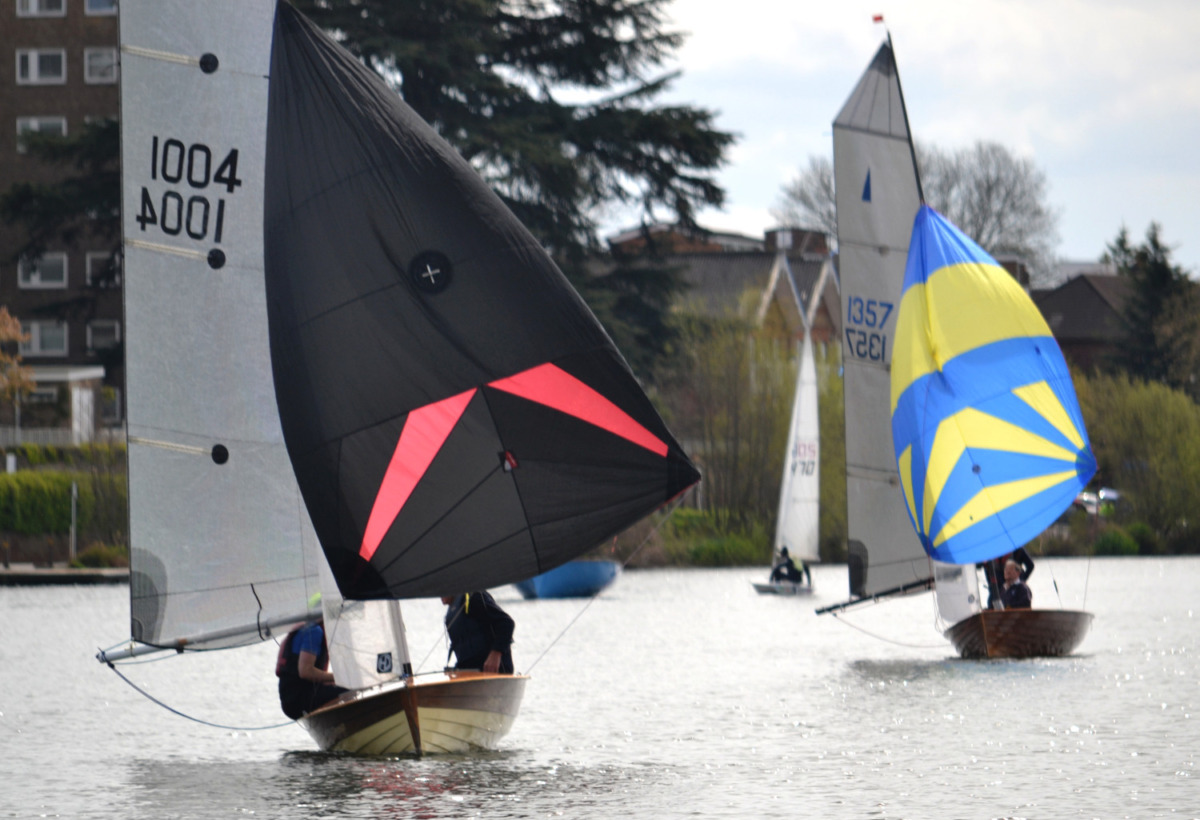 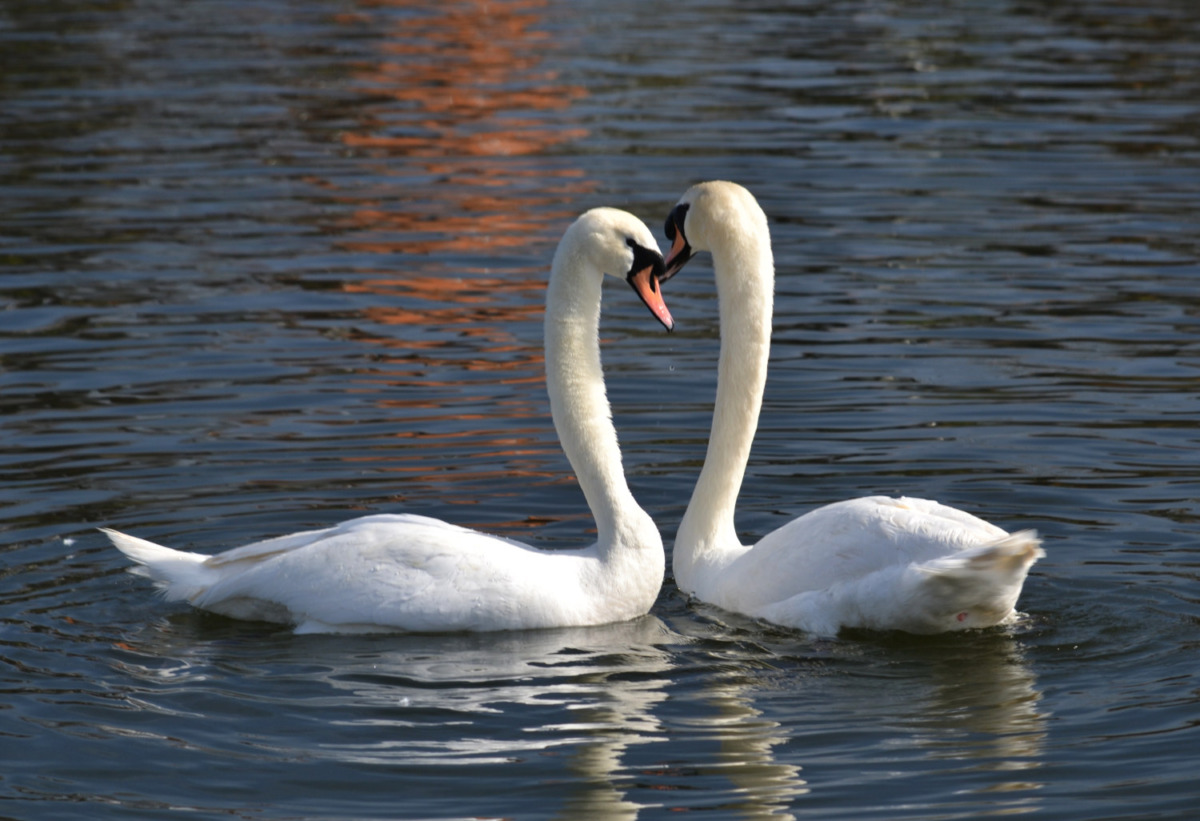 Everything was warming up at Tamesis on Sunday. The air. The river (a bit). Things were even heating up for the Tamesis swans, who treated the gathering sailors to a display of waterborne affection before the Blue series racing began. 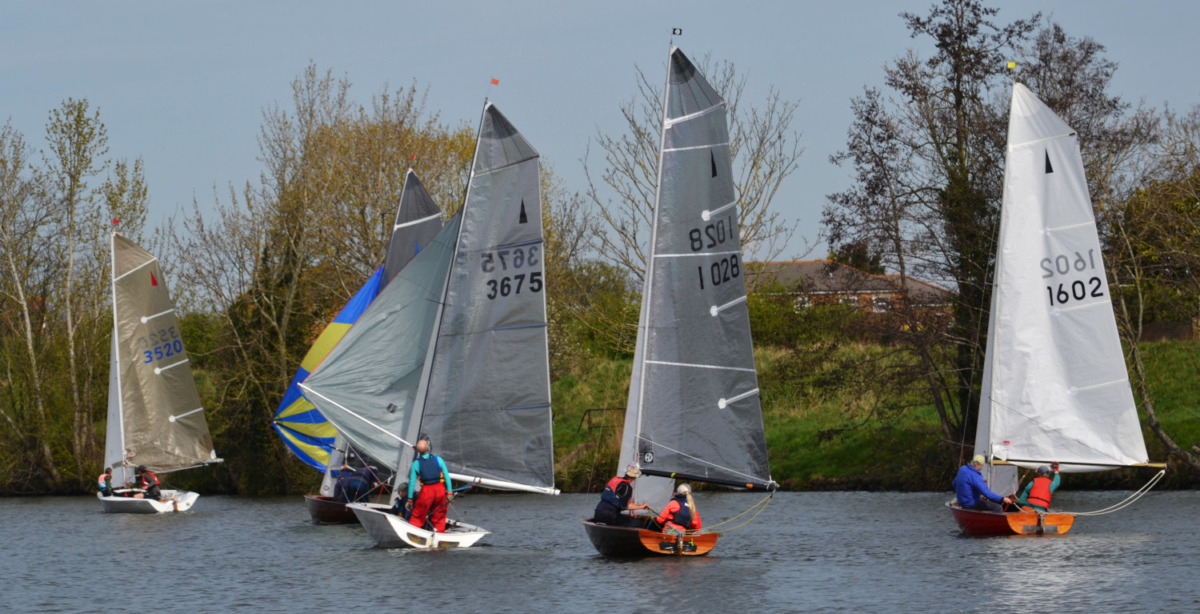 The wind wasn’t offering too much for the early starters, looking southerly but tending to fill in from the west if it did happen. Uncertain exactly which way it would go, OOD Brendan Hills laid marks for a dogleg course, but, after sticking a wet finger in the air, went with a fairly tight up-and-down Canbury-Lensbury course. 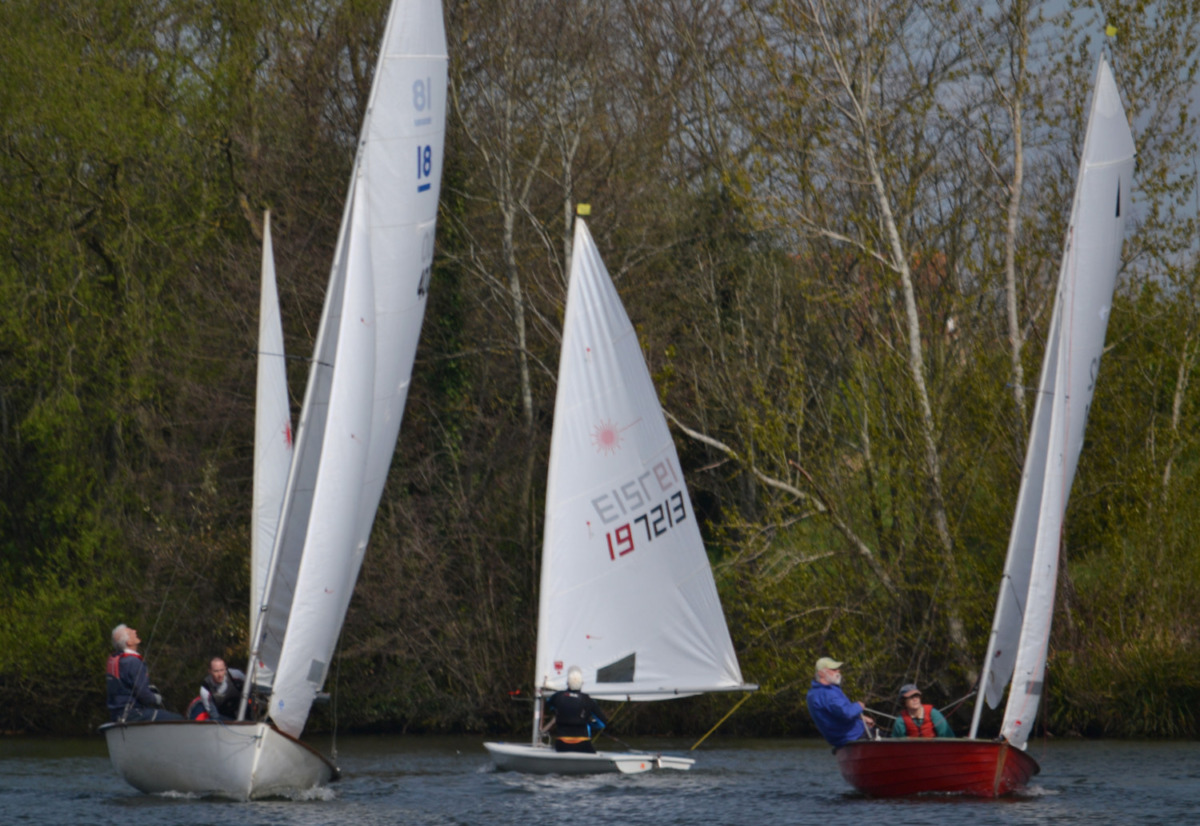 Six Merlins set things off, with War Horse enjoying a flyer to the first mark. White Saucerer (Rob and Lucy Hatley) soon eased past and into the lead, making the most of what the wind offered. But all the while Tim Medcalf and Jennifer Falconer-Hall (Crossbow) were picking their way up the fleet. Three laps was just about the perfect length of race, certainly for Crossbow, which slipped into the lead halfway round the final lap and ran out comfortable winner. 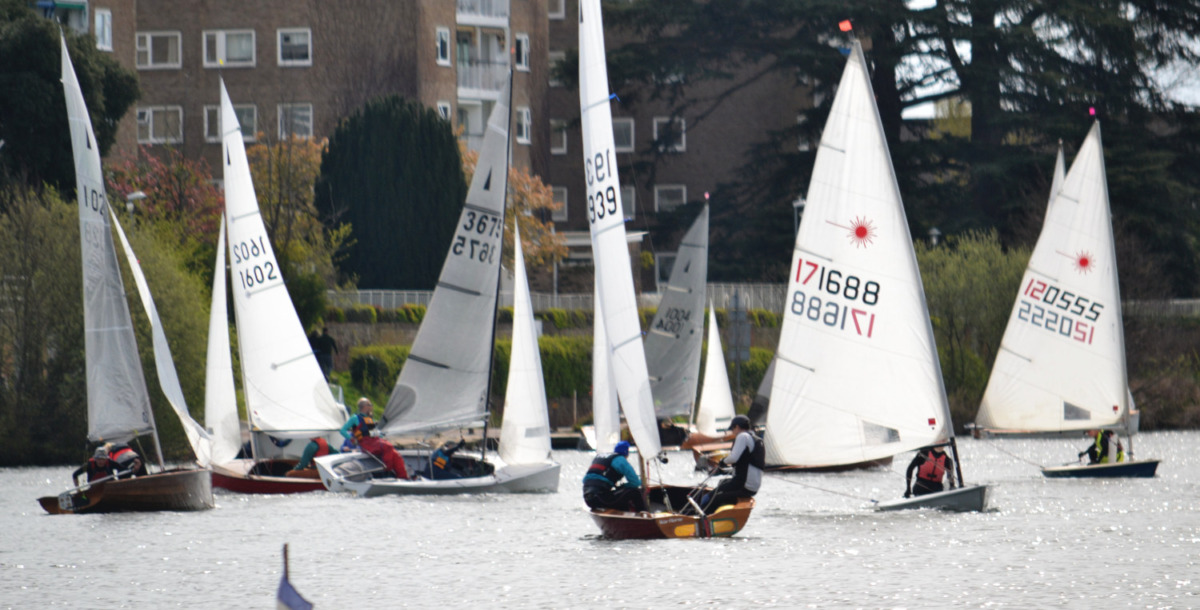 In the meantime four Lasers had set off. Second and third place racers from the Winter Series (Matt Valentine and Jim Hamilton) were present and correct, but Winter Series champion Henry Medcalf was absent, busy with studies. Who would take advantage? 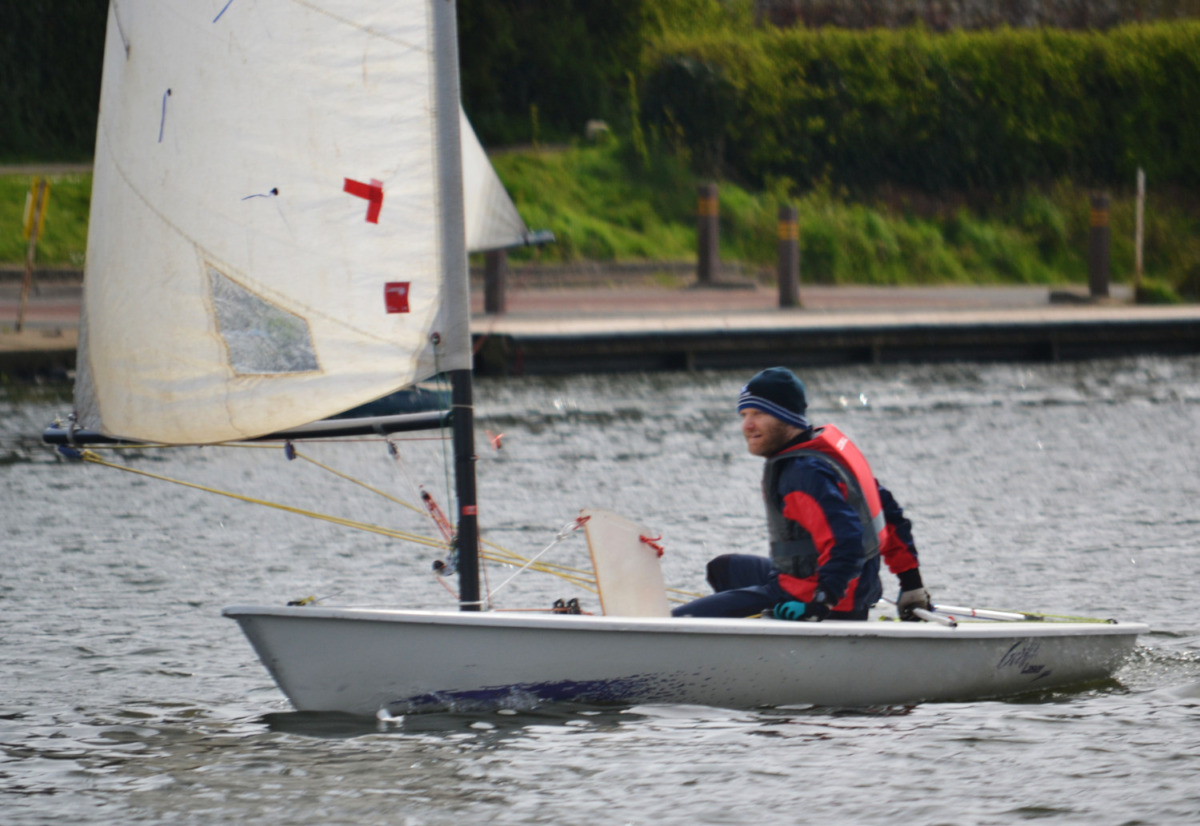 In the event Marcus Chavasse led the way from the start, pulling Valentine, Hamilton and Brian Corking round the course, and rarely looking in any trouble. 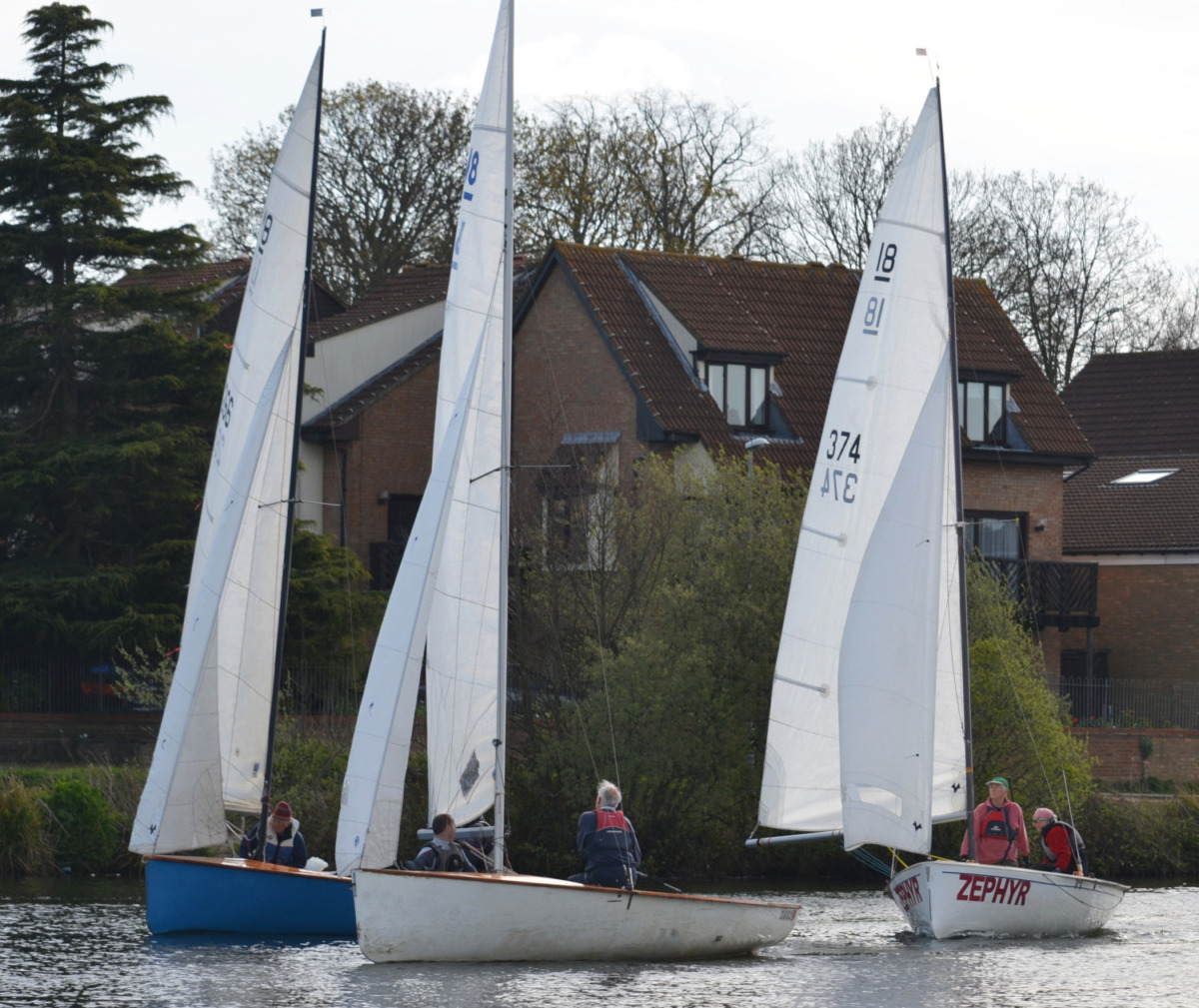 Things were looking pretty tight for the National 18s, with Antedote (Pollard/Banks), Zephyr (DeFries/Vines) and Genevieve (Fox/Warwick-Haller) inseperable in the early stages. Eventually it was left to Antedote to nose just in front of Zephyr for the win. 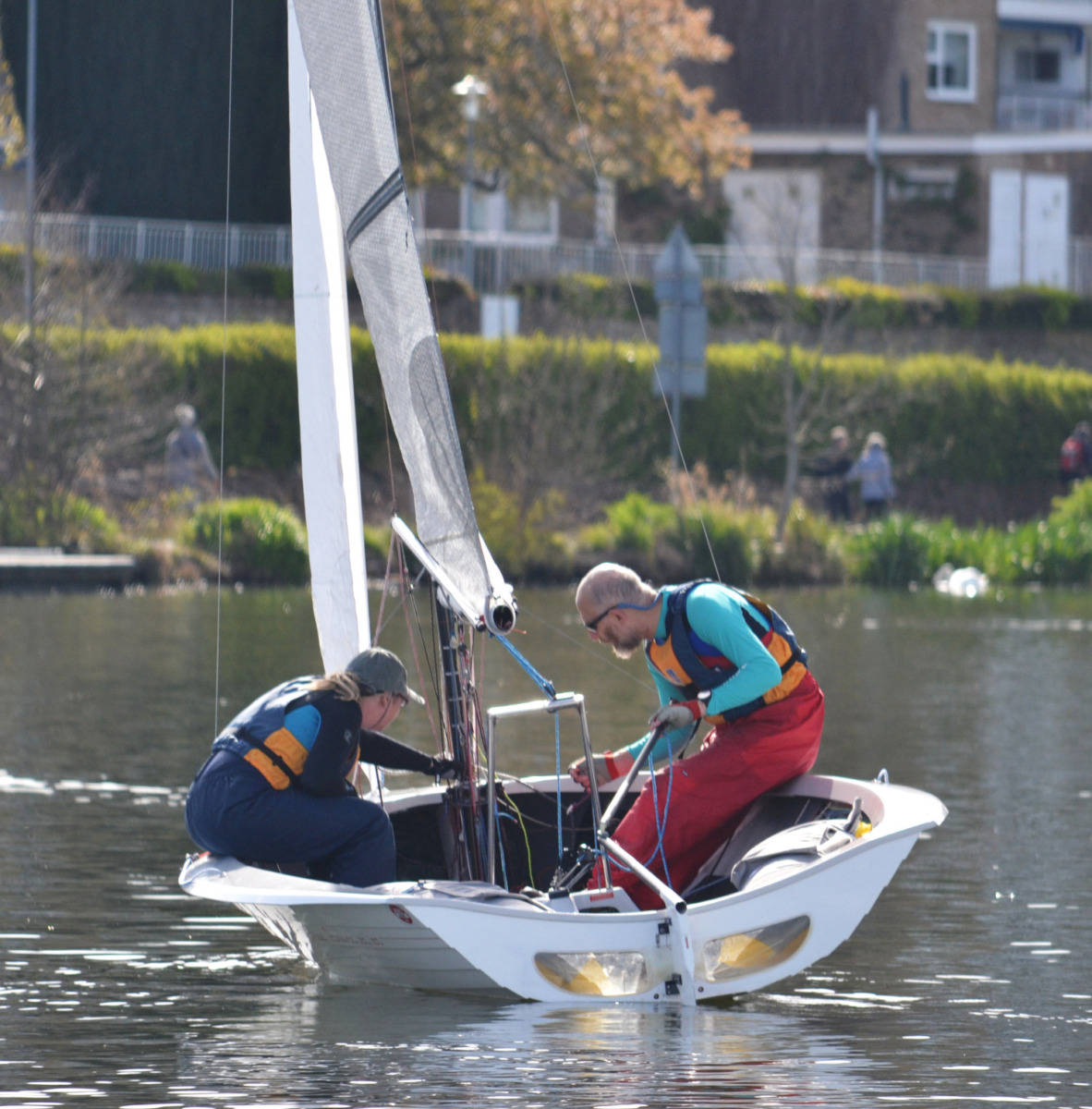 The first hints of a more solid wind weren’t enough to change the course for the White series races, so it was a quick turnaround for all. The Merlin fleet was up to eight, enough to mean some proper jockeying for position at the start. The beneficiary was Avenger (Ken Duffell & Joe Woods), which flew around the course, looking uncatchable in the early laps. Although White Saucerer and Crossbow were unable to repeat the form of the first race, the boats of David Baker & Jim Green and of Griff & Josie Tanner were gradually applying pressure. 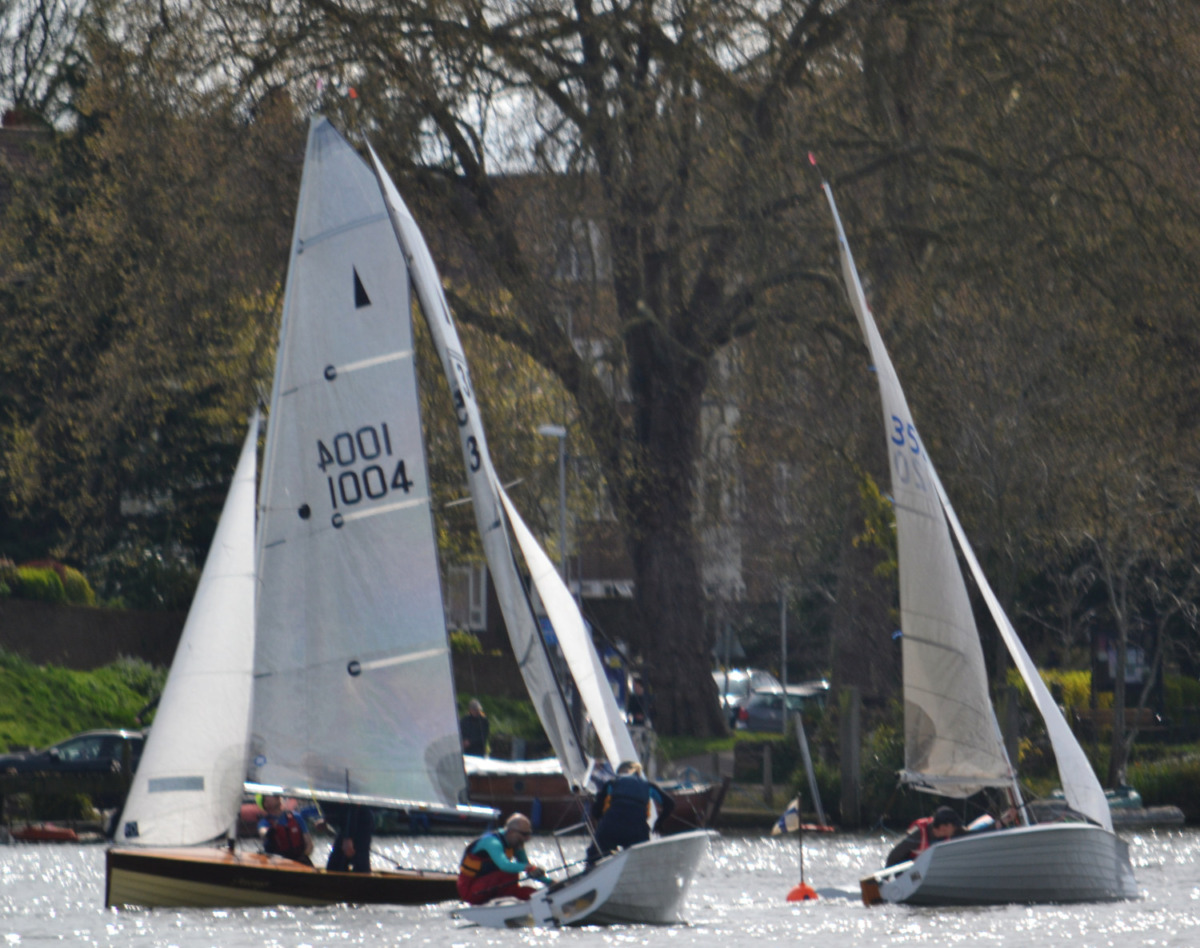 Matters came to a head at the Lensbury mark on the fourth lap. Avenger’s spinnaker run temporarily ended up with the pole floating off downstream. As it was retrieved, Chimp and the Tanners were in close enough attendance to slide past, the top three finishing in that order. 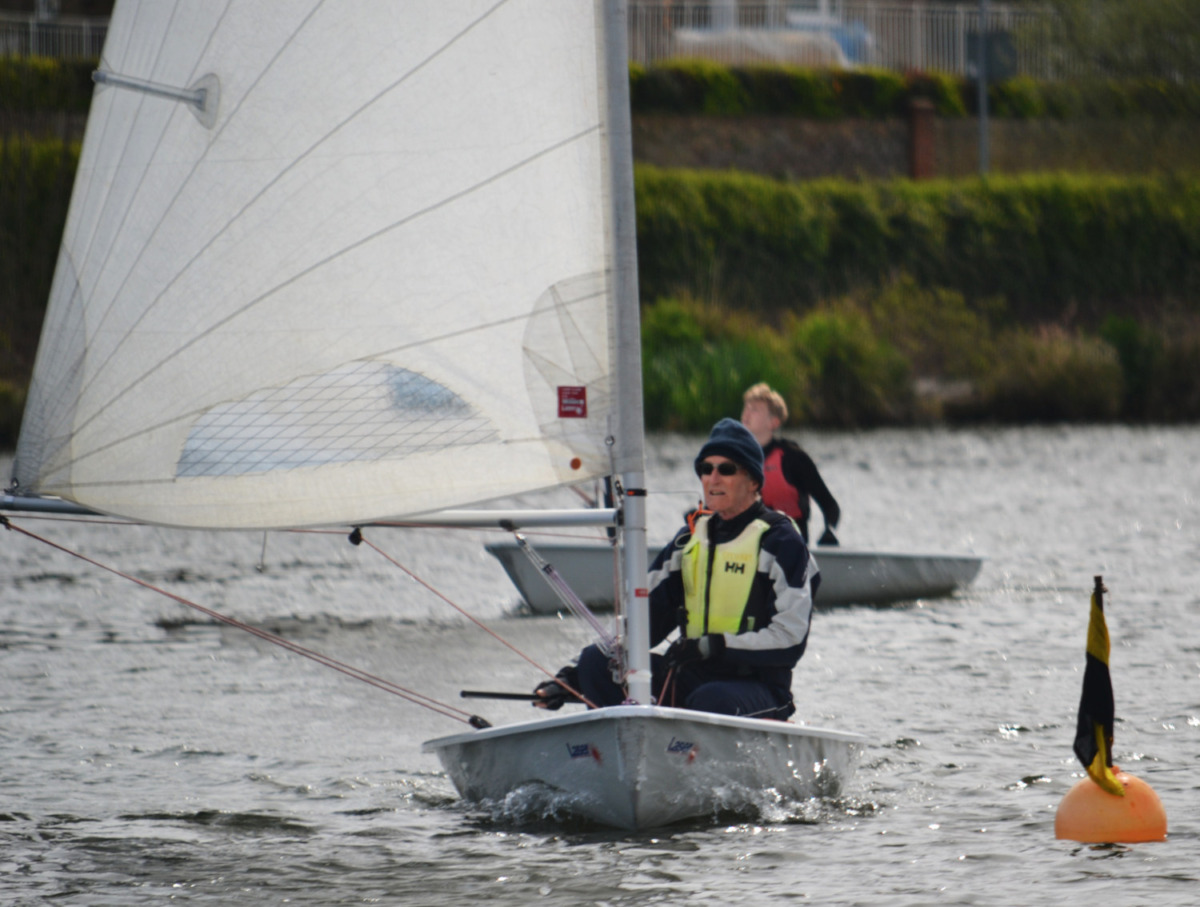 Unusually, the White series racing for Lasers and National 18s virtually replicated the first race. For the Lasers, Marcus Chavasse enjoyed clear water from lap one to lap five, with Matt Valentine recording his second second of the day. The only change was the arrival of Stewart Colley, who opened his season with a third place. And once a complex multi-fleet finish had been unpicked, it turned out that the National 18s had repeated their Blue series order. 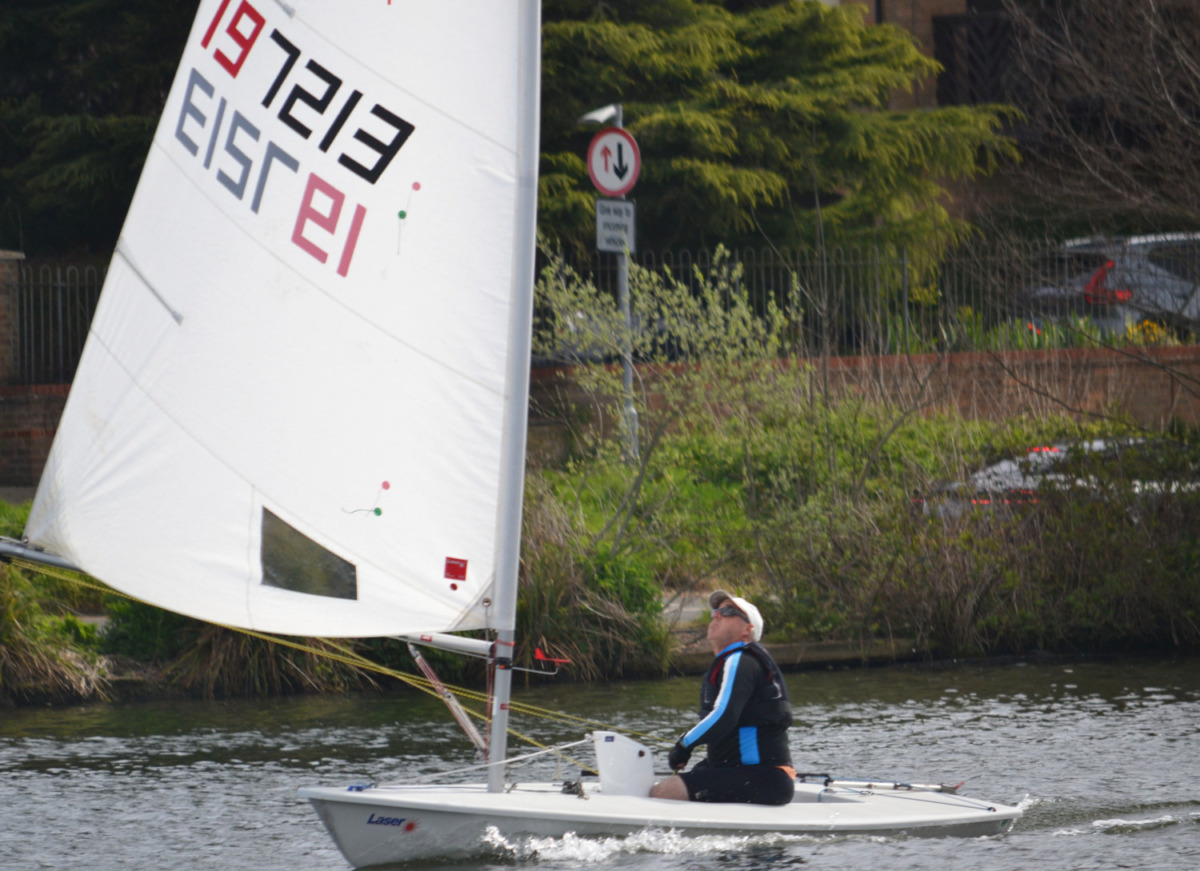 Summer series racing takes a break for a couple of weeks, with the Easter Egg Handicap Pursuit on Easter Sunday, and the Firefly Open the Sunday after.