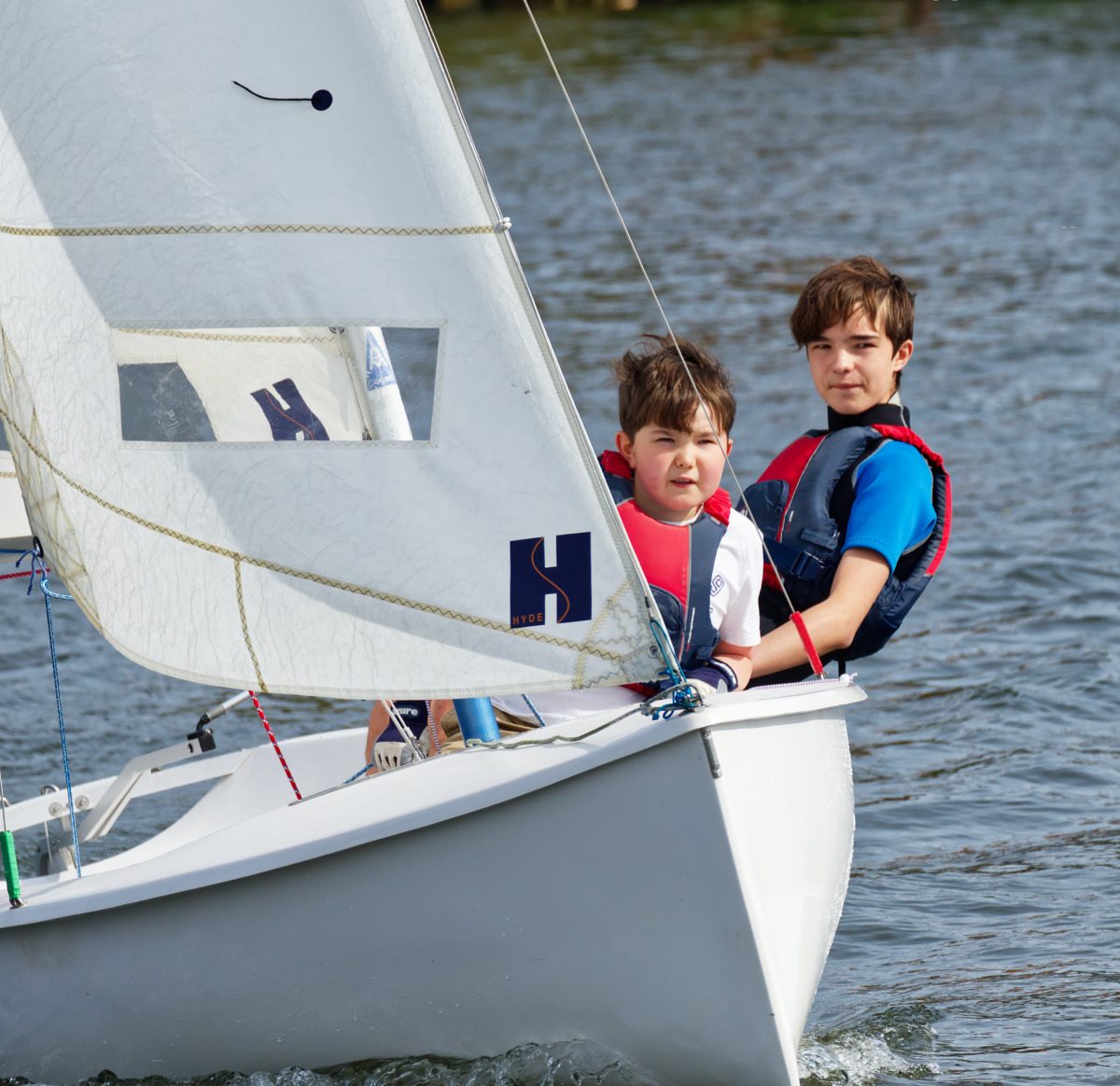 Easter Sunday saw a chocolate box selection of boats out at Tamesis for the Easter Egg handicap pursuit. Alongside 7 Lasers and 8 Merlin Rockets, a National 18, an Enterprise and a Firefly all fancied their chances in the free-for-all of a pursuit race.

The Firefly, sailed by Henry and Ed Medcalf, was first out of the gate, heading upstream past Steven’s Eyot on a long Canbury-Lensbury lap. Three minutes later, Peter Bide in the Enterprise Ariel set off in pursuit. 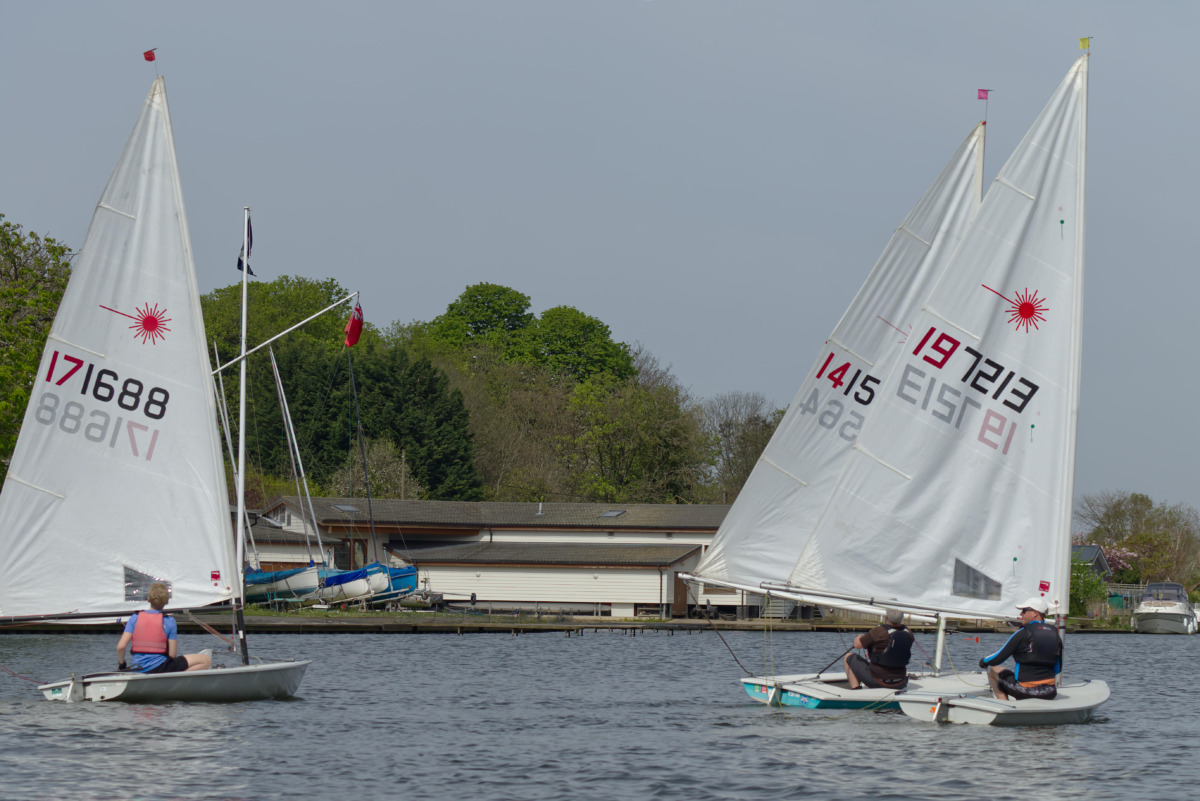 The following pack of Lasers had other ideas, quickly running down the early starters and establishing a dominance by the end of the first lap. The Laser-powered one-two-three at the halfway stage was Marcus Chavasse, Matt Valentine and Richard Harris.

As so often at Tamesis, the Merlins were not to be denied their say. By the end of their first lap the likes of Chimp, Masquerade and Avenger were in amongst the Lasers. Leading the push was Andy Harris, crewed by Tom, swapping the familiar Point Break for the storied Crescendo. As the Harrises headed back upstream past the Smithy, only the Medcalf Firefly stood between them and the lead Lasers.

The 12:30 finish was long enough for the lead to change hands decisively, with Crescendo prevailing over Marcus Chavasse in the first Laser, followed by the Merlins Sublime (Joe McLaughlin & Sean Roberts) and Chimp (David Baker & Jim Green), with Richard Harris’ Laser holding off another Merlin, Avenger (Ken Duffell & Joe Woods) to round out the top half dozen.

The sight of a Firefly out on the water was a good reminder to all that next Sunday brings another break to the Summer Series with the Firefly Open at Tamesis.