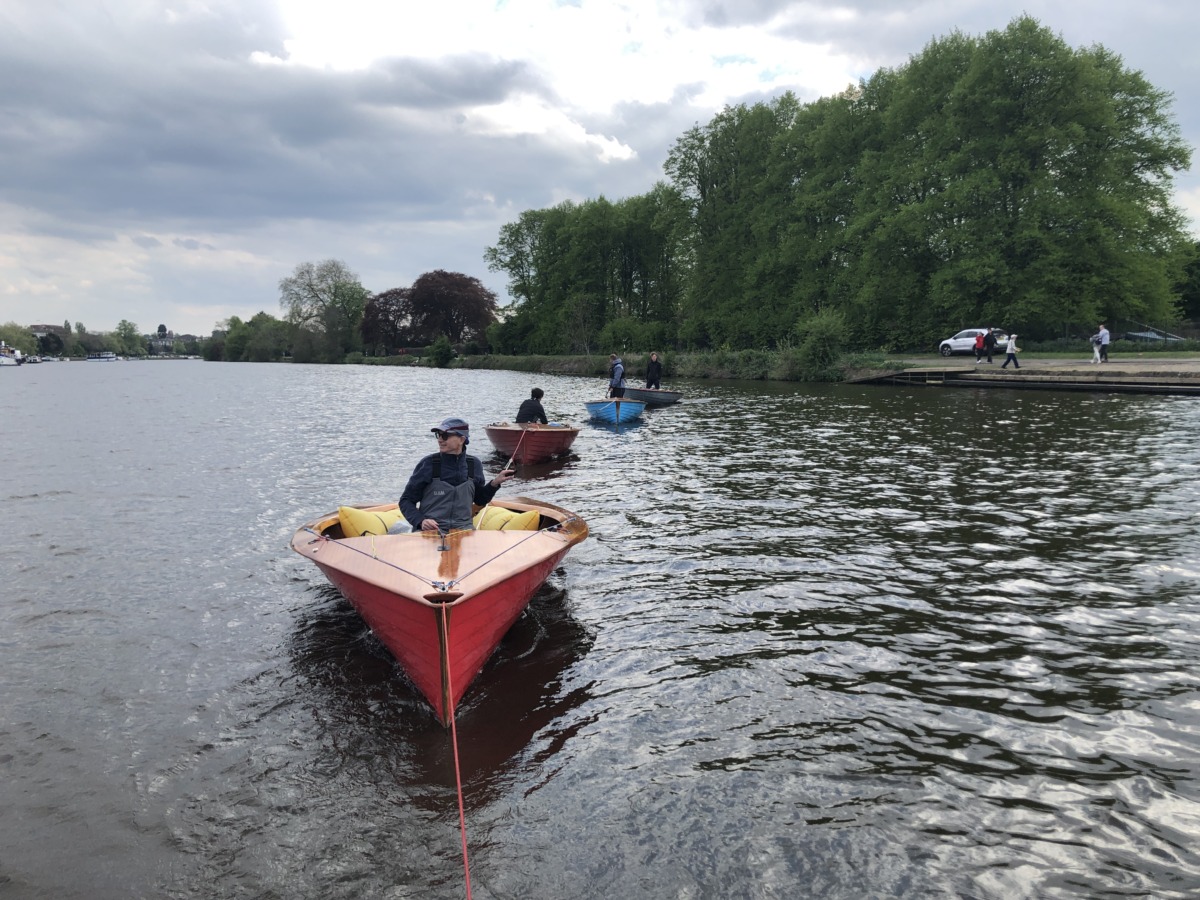 As the double-header, Merlin Rocket open meeting weekend at Thames SC and Minima YC approached, a plan was hatched to compete in both events that involved significant logistics and the generous assistance of multiple members from Tamesis, Thames SC, and, Minima YC.   On the morning of Saturday 23rd April; Andy Harris and Matty Key assembled on the Tamesis hard and assisted by Jonathan Key ventured upriver to take part in phase 1 of the weekend, the Thames SC Merlin Rocket Open Meeting. 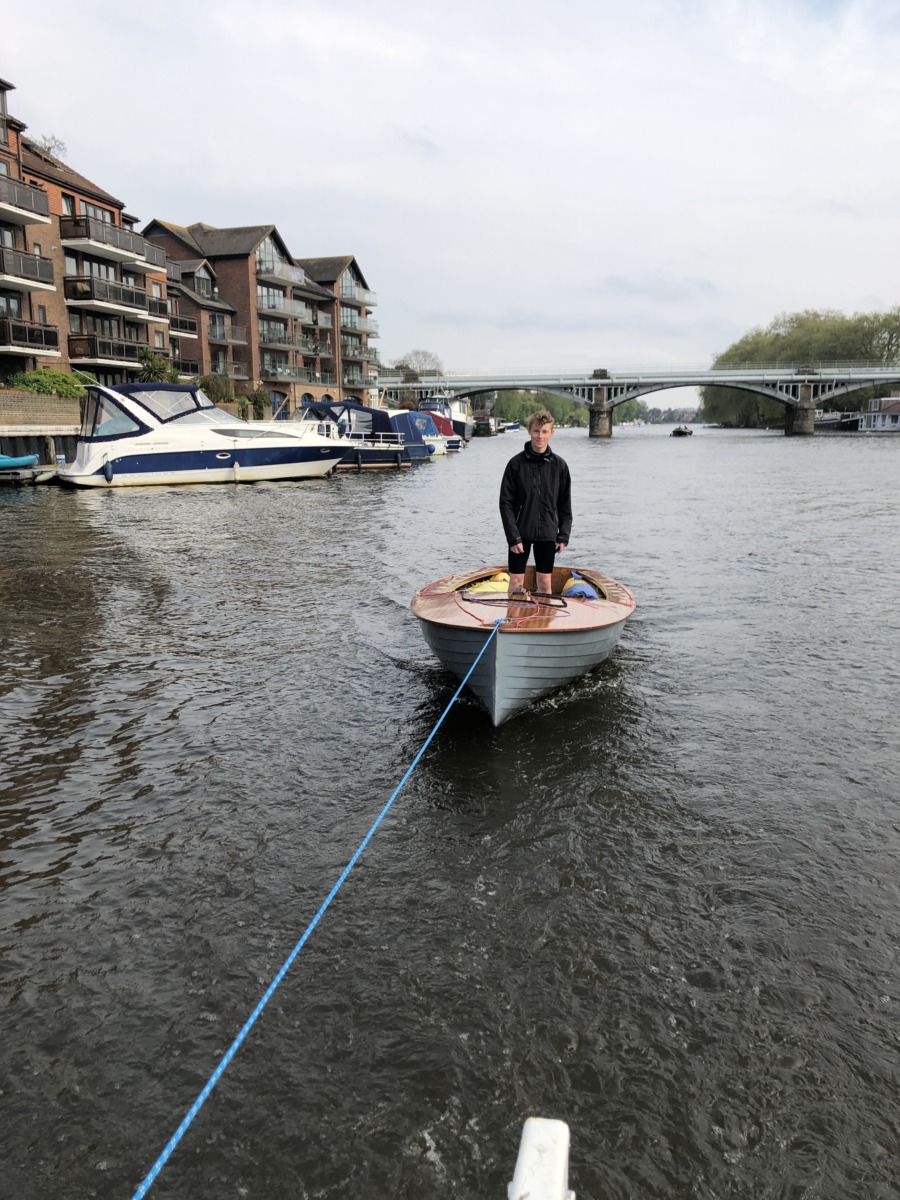 The forecast was brisk and heading upriver it soon became clear that the apparent benign wind at Tammy was getting stronger at Kingston and by Thames SC it was very windy indeed! Race one ended in capsize as Andy and Matty caught a terrible gust while gybing the spinnaker. Cold and chastened, things got trickier as the wind increased for races 2 and 3. Considerable seamanship was required simply to survive the conditions, Stuart Jenkins was seen flat out planing in Flinkidink his spinnaker lowered quickly as soon as it was possible, a credit to Stuart for staying upright, rig intact.

Andy, Matty, and Crescendo survived to record two first places which were enough to win the event.  After cake and prizes, phase 3 of the plan was executed with Thames SC who were great hosts kindly towing the crew of Crescendo to Minima YC for an overnight berth ready for day 2. 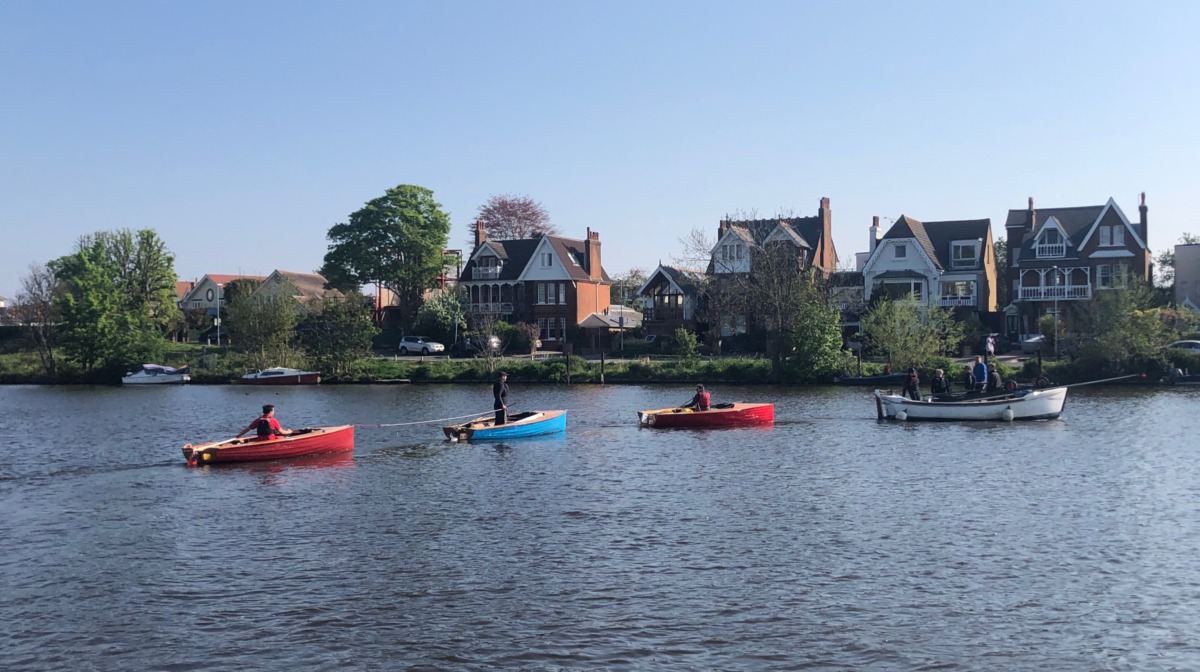 Sunday morning events started back at Tammy with Andy And Matty joined for the Minima phase by Joe and Sean, Peter Impey and Vanessa, Charlie Morgan, and Tim Ginn. Three more boats, trolleys, masts, and, crews were ferried upriver by Tim Medcalf in time for the first start. Not so windy as Saturday but with a good NE breeze, the event was won by Rob Cage of TSC with two firsts, Andy and Matty were second overall with two 2nds, Joe and Sean 4th recording a 2nd and a 3rd, with Charlie and Peter finishing 6th and 8th respectively. In the final step of the weekend, all four boats, trolleys, and masts were picked up by Jonathan Key and towed back to Tamesis line astern. 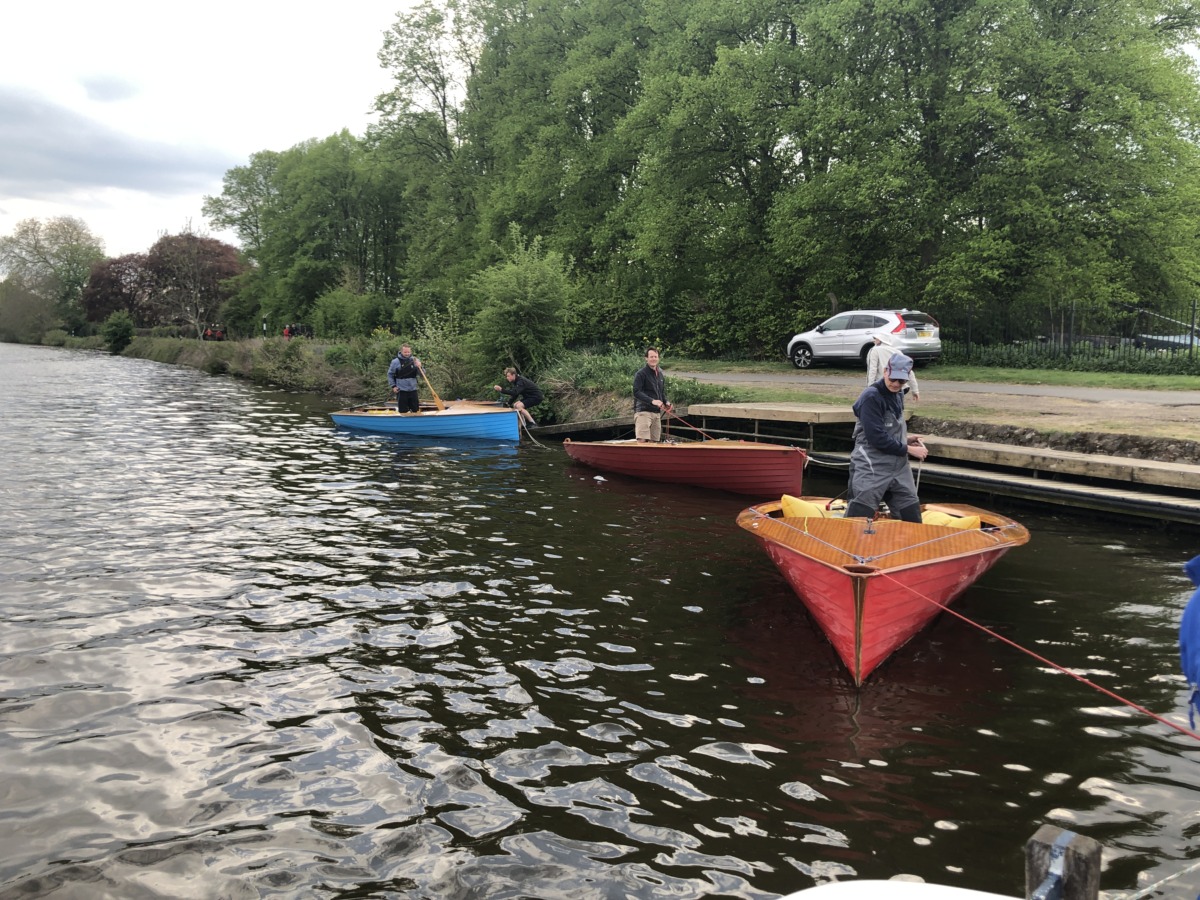 A great weekend of sailing, and a big thanks to the host clubs and everyone that contributed to help make the logistics work.