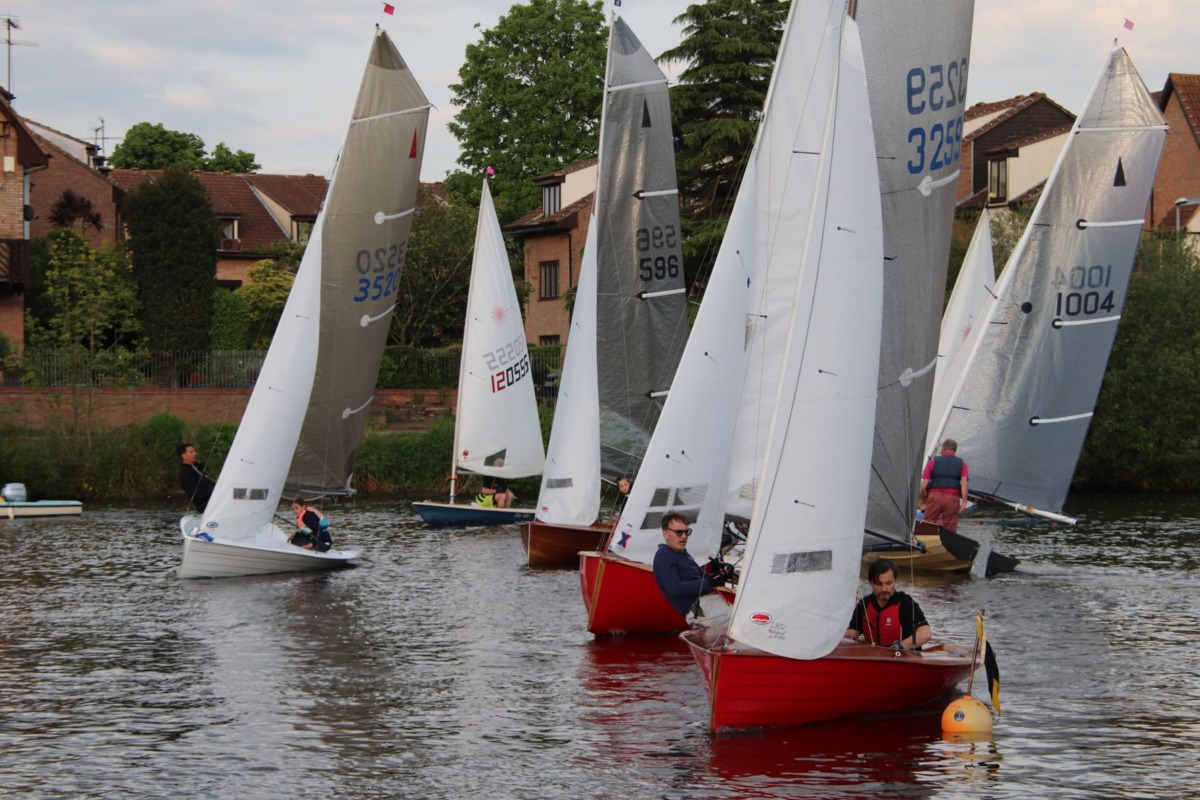 A good mix of classes set off in the light north easterly for the first of the Saga Trophy Thursday evening races.  The course was set in front of the clubhouse, which is just as well as the wind died shortly after 8pm.  OOD Stewart Colley wisely finished leading Merlin Seveneye sailed by Griff and Josie Tanner who led from the outset.  Everyone finished bar two of the Lasers who determinedly tried to reach the top mark for the last time, but were unable to as the wind had dropped completely. 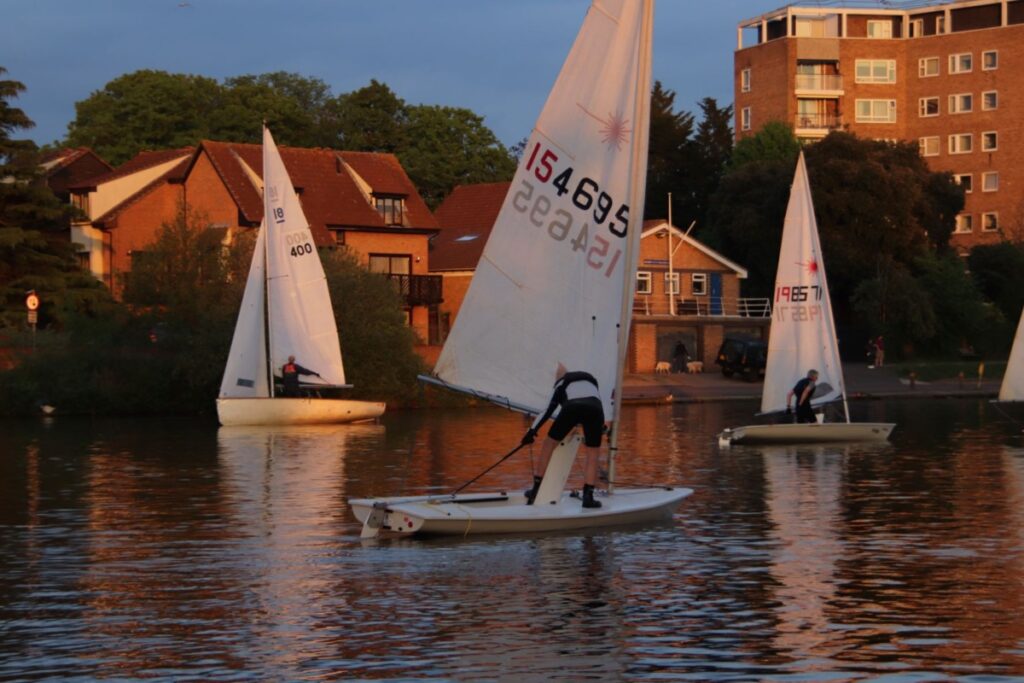 The sunset was golden – a memorable start to the season. 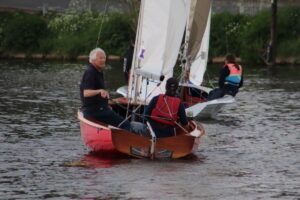 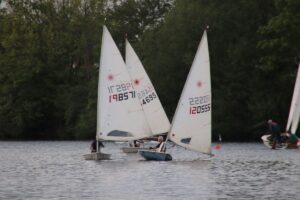 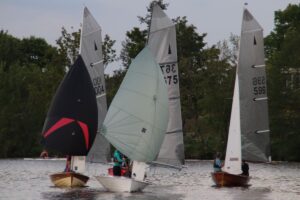 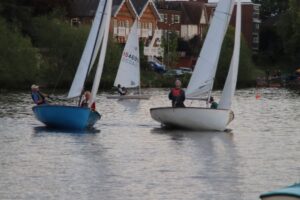 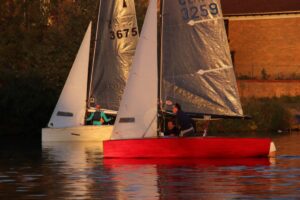 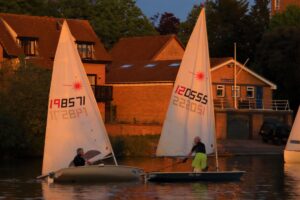 Thanks to OOD Stewart Colley assisted in the box by Alastair Banks, Patrol boat driver and crew Florian Krueger and Beatrice Russ.  Alaphia treated us to macaroni cheese with smoked ham followed by trifle.  Thanks to David and special thanks to Yann in the bar (his last shift before he goes to Uni), Florin and Sophie in the kitchen assisting Alaphia.

Results below – thanks to John Adams for raising them so quickly.

Results are provisional as of 8th May 2022