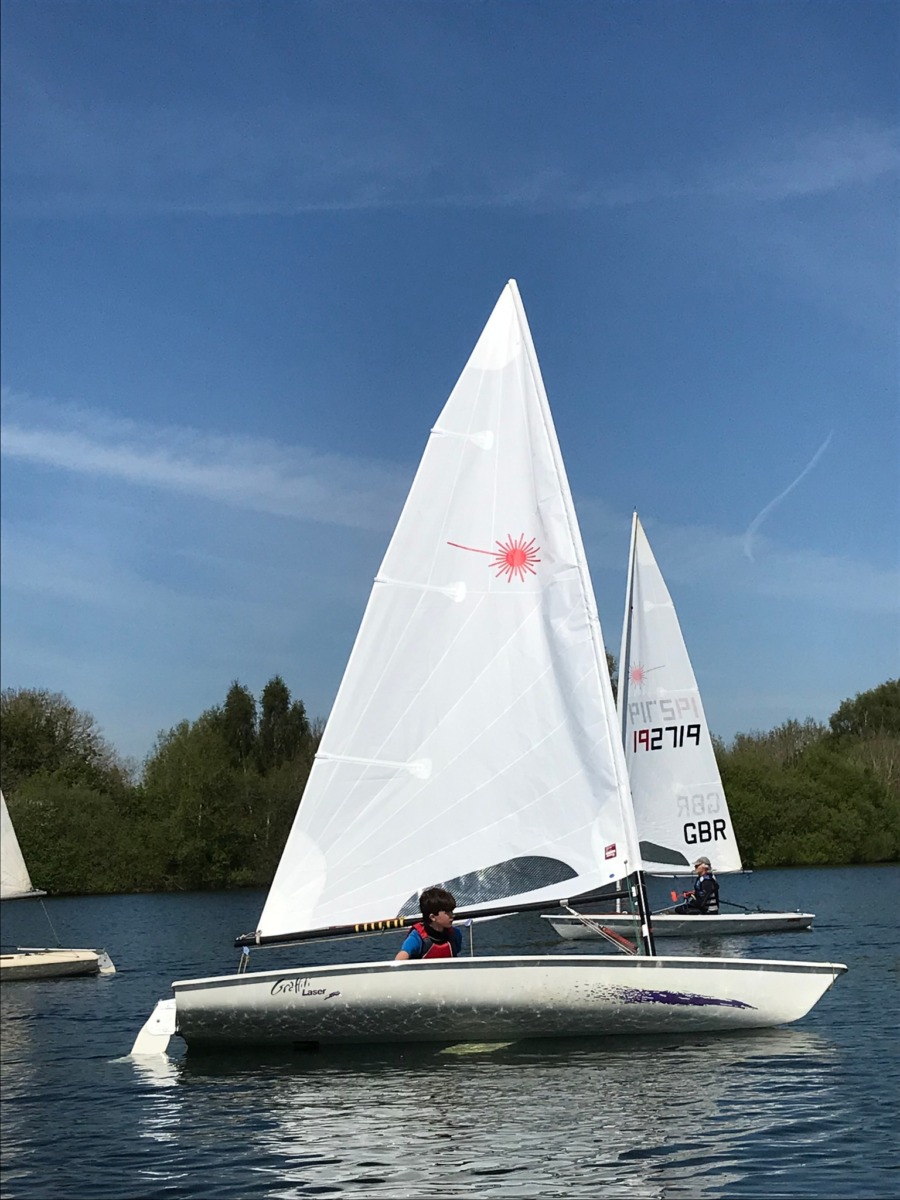 Having competed last year, Henry Medcalf was delighted to be invited back to Broadwater SC to take part in the club’s excellent Laser Super Sprint format on 30 April.  A series of six 20-25 minute races around a tight course which put an emphasis on starting and accuracy of manoeuvres.

The host club was also kind enough to offer your correspondent the loan of a club Laser which was much appreciated.

Conditions were light, patchy and shifty with the whole event run in glorious sunshine.  Ideal for river-raised sailors!

However, there was enough wind to get around and the 15 strong fleet enjoyed some really close racing with each mark being a case of nip and tuck.

Henry took two firsts in the afternoon races and finished second overall, which was much appreciated by his grandparents who had been spectating from the bank – no pressure!  Henry also won First Junior.  In case you are wondering, his Dad came in fifth having enjoyed a few father-son duels, and also collected some of Mr Cadbury’s products. 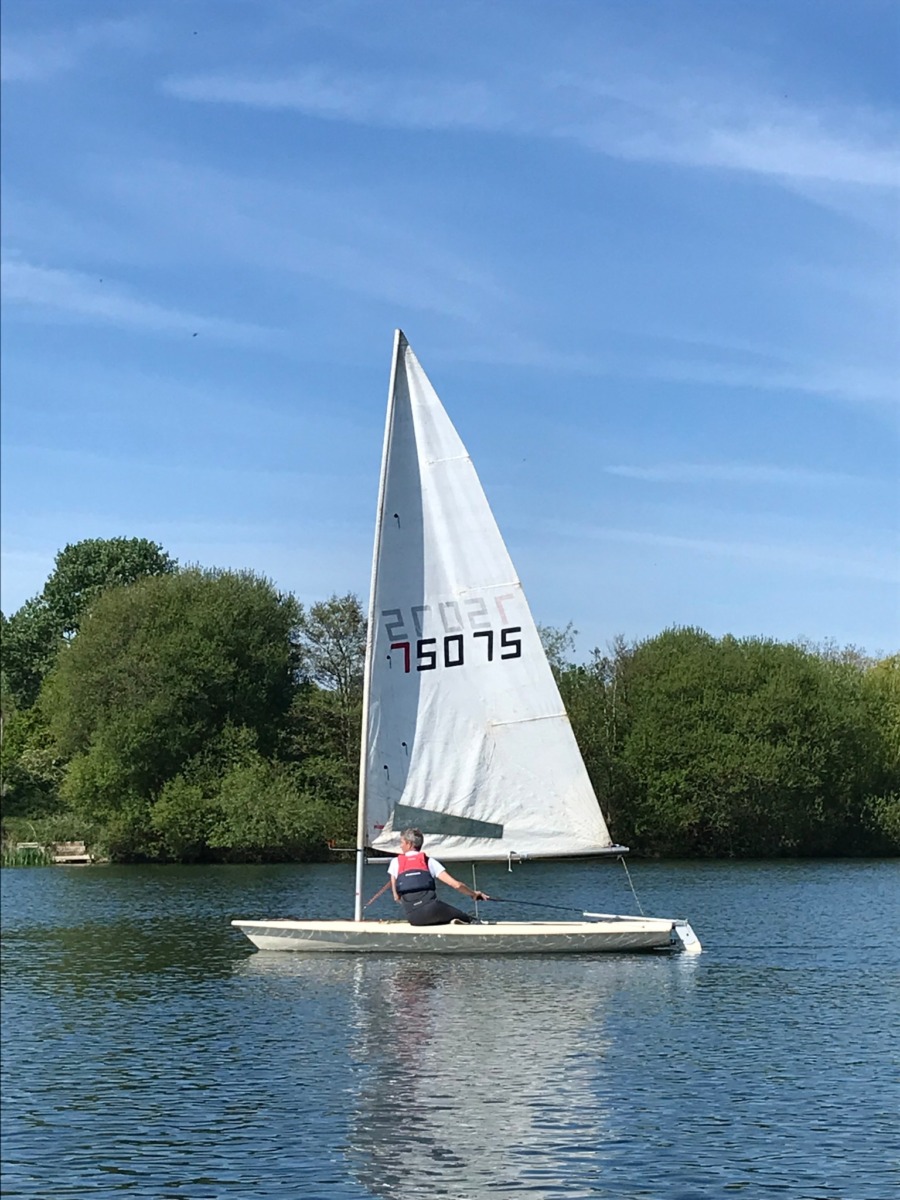 The Laser Super Sprints is an excellent format and everyone felt that they had taken a lot from the experience.  Thank you to Broadwater SC for being such warm and generous hosts, Brian Deacon for providing the pictures, and Stewart Colley for the loan of his Laser combi trailer.