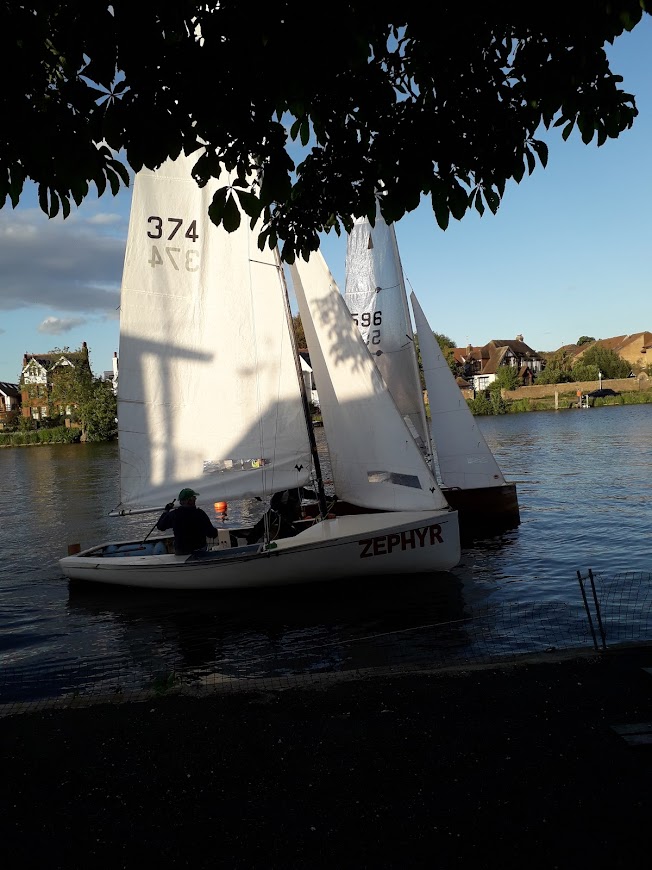 The wind looked very promising on Thursday evening as we arrived.  Bit gusty but would give us something to think about.  A mix of Merlins, Lasers, an Albacore and National 18s started upstream in glorious sunshine on our usual figure of eight course. 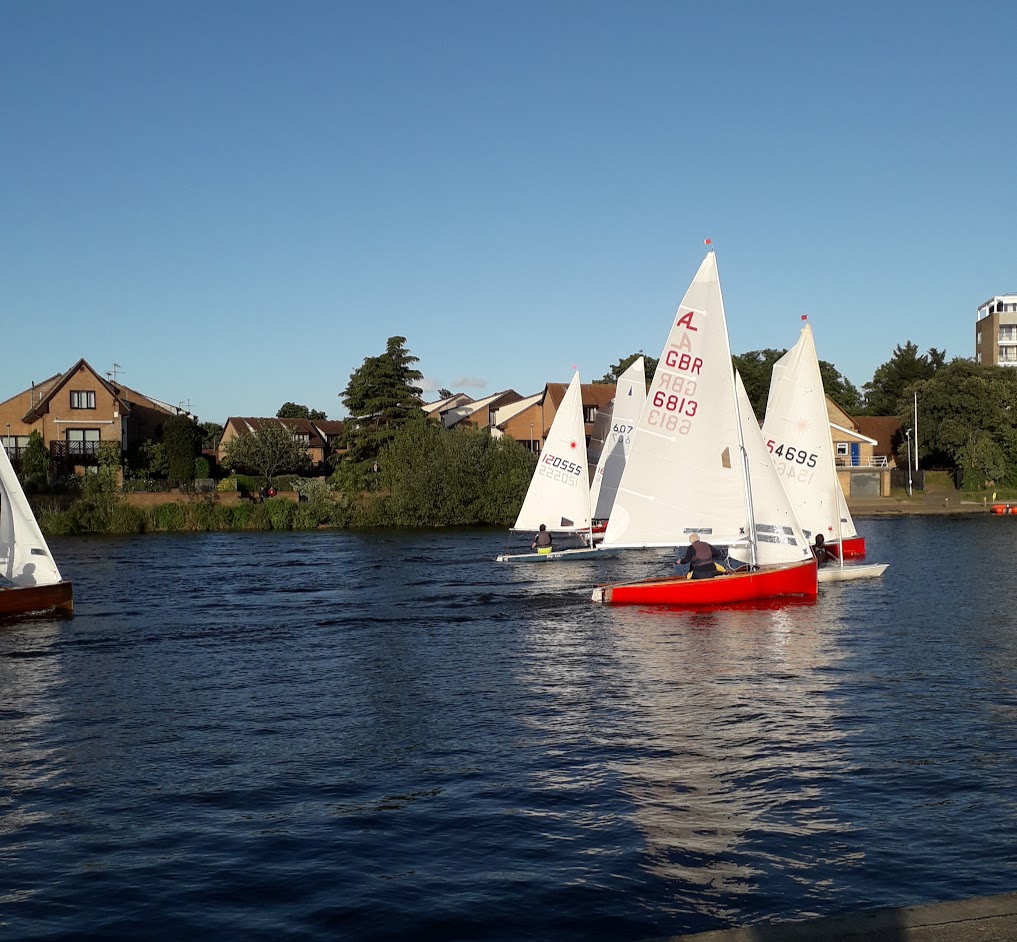 Andy and Nim Harris in Merlin Rocket Crescendo shot away from the line and were only challenged and eventually overtaken by Matt Jones and Chris Martin in National 18′ Optimus Prime. 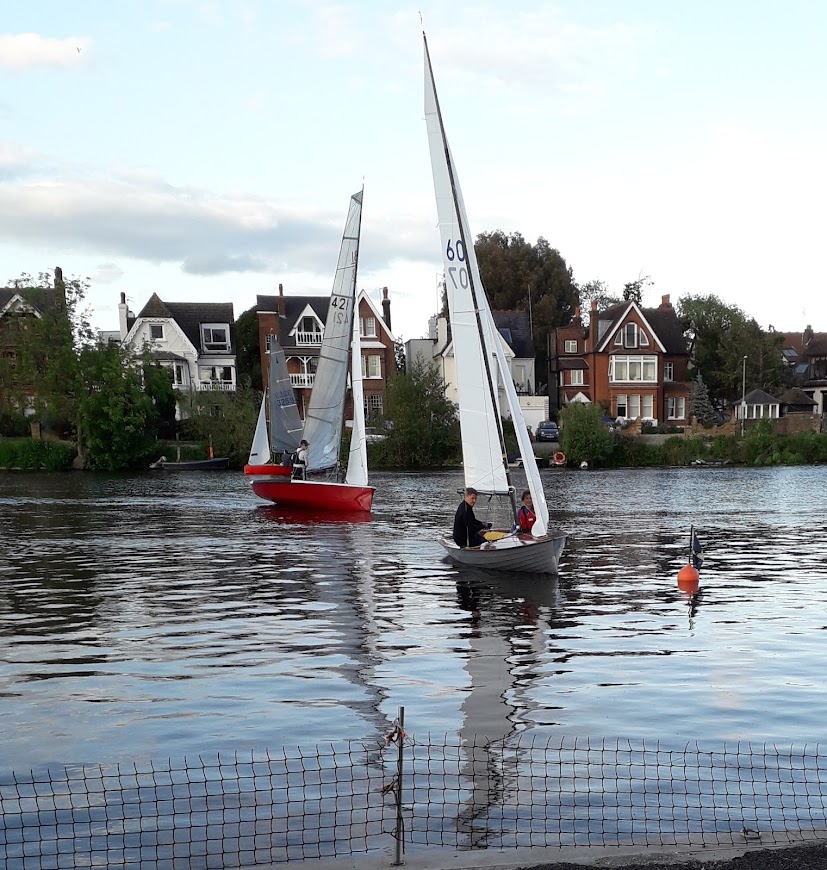 The other boats had many changes in fortune as the wind came and went, dropping many into holes not experienced by others.  The racing was close throughout. 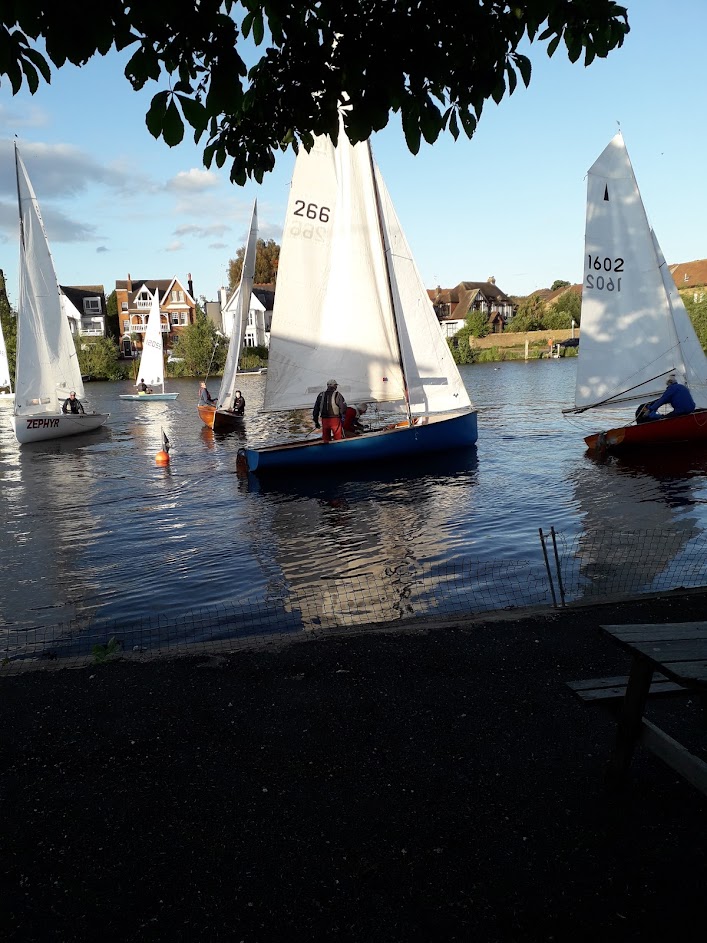 Thanks go to Peter and Nicky Johnson in the box, Steve Lucas and Johannes and Josefine Wagner in the Patrol Boat for organising the race.

The race was followed by a tasty supper of beef burger, chips and loads of trimmings followed by a selection of ice creams.  Many thanks to Alaphia, Chloe for  for cooking the supper and Florian for running the bar.

Thanks to Steve Vines for the photos.

Results below – thanks to John Adams.