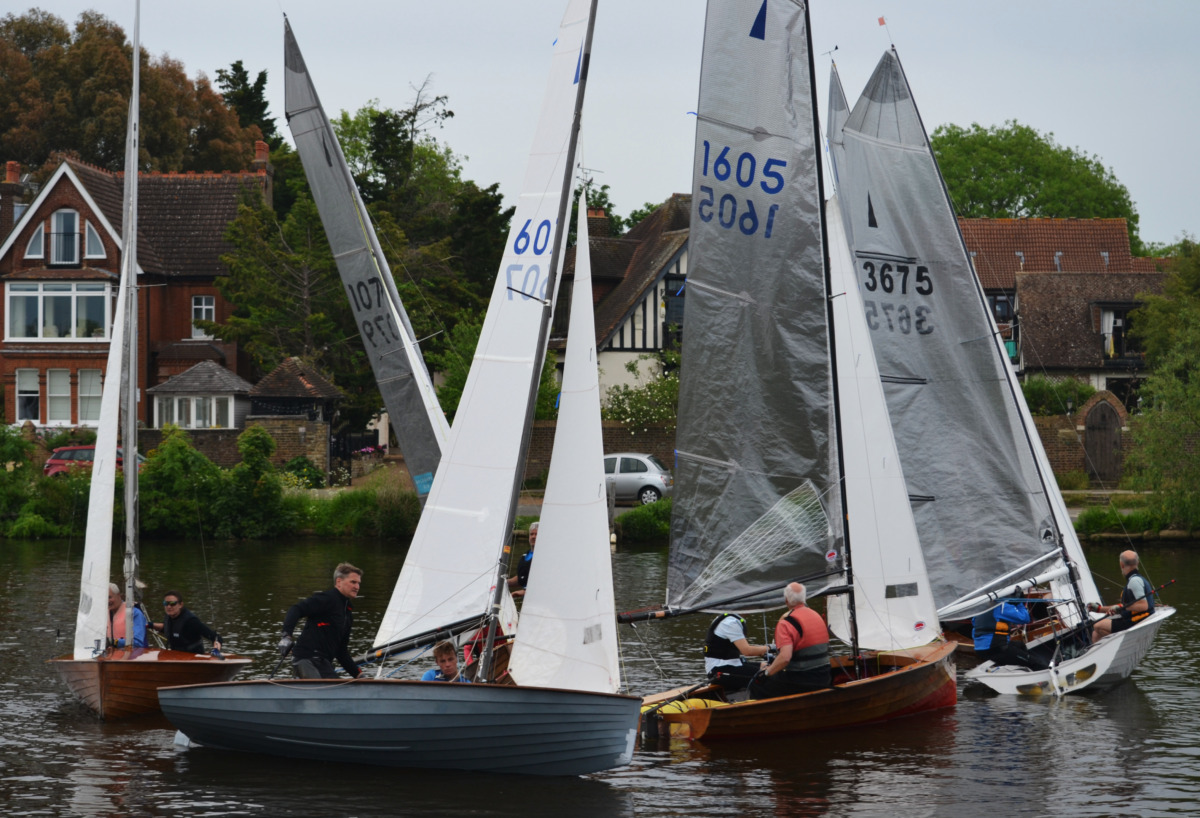 The Summer Series is fully underway, and nothing can stop the Tammy racers now. Not even a river full of skiffs could do more than delay the fun. 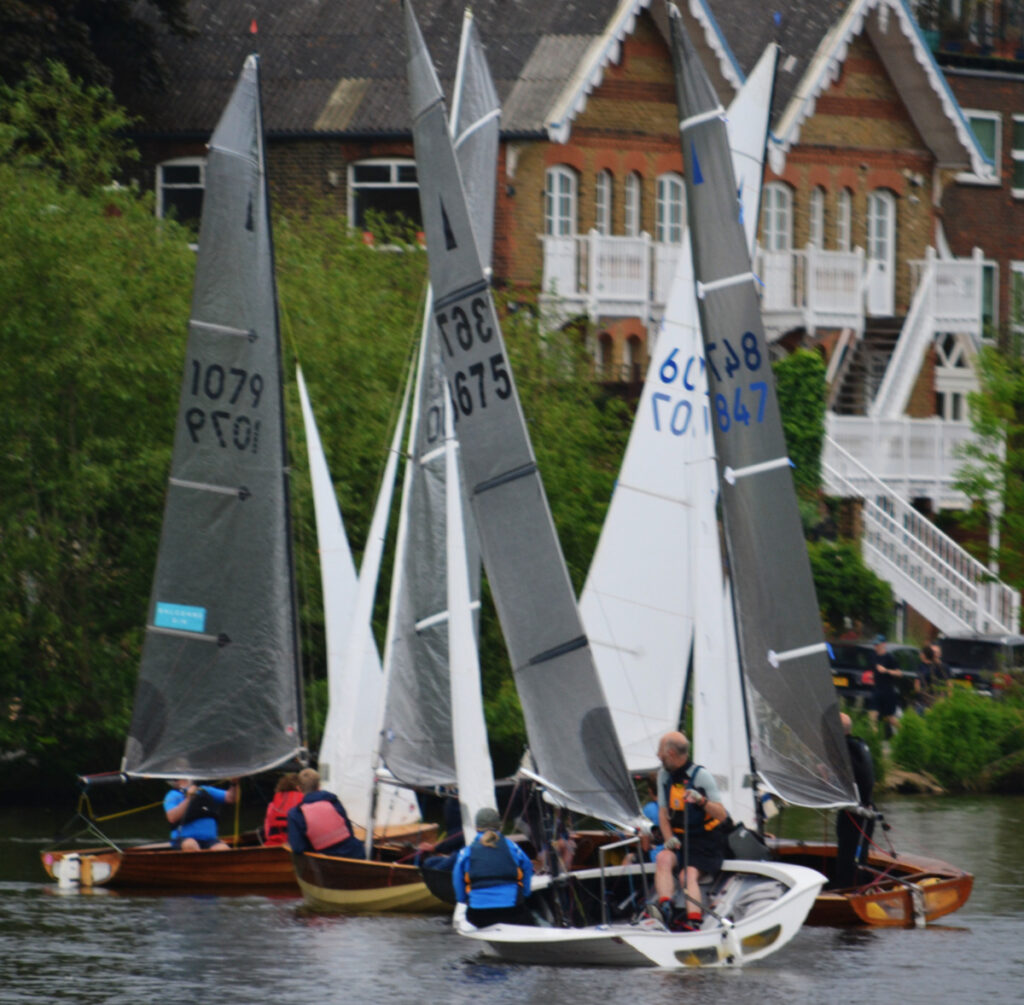 With the Skiff Club event ruling out a 10:30 start, Blue Series racing was dropped for the day, and all eyes turned to the slightly delayed White Series, slightly delayed to an 11:50 start sequence. 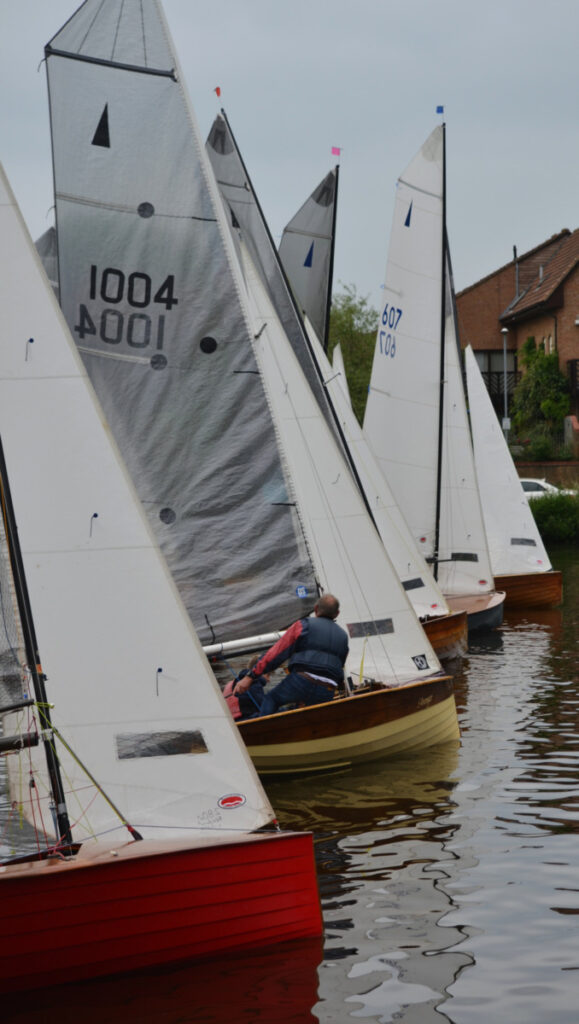 Nine Merlin Rockets got things going in a fairly light Easterly. OOD Tim Medcalf had set a Canbury-Lensbury course with a teasing dogleg being dropped virtually onto the start line. As it turned out, all it took was the first beat up to Canbury to start to sort the fleet. Passing Cloud (Richard Harris & Emma McDonald) established a small but meaningful early lead over a tightly chasing pack. 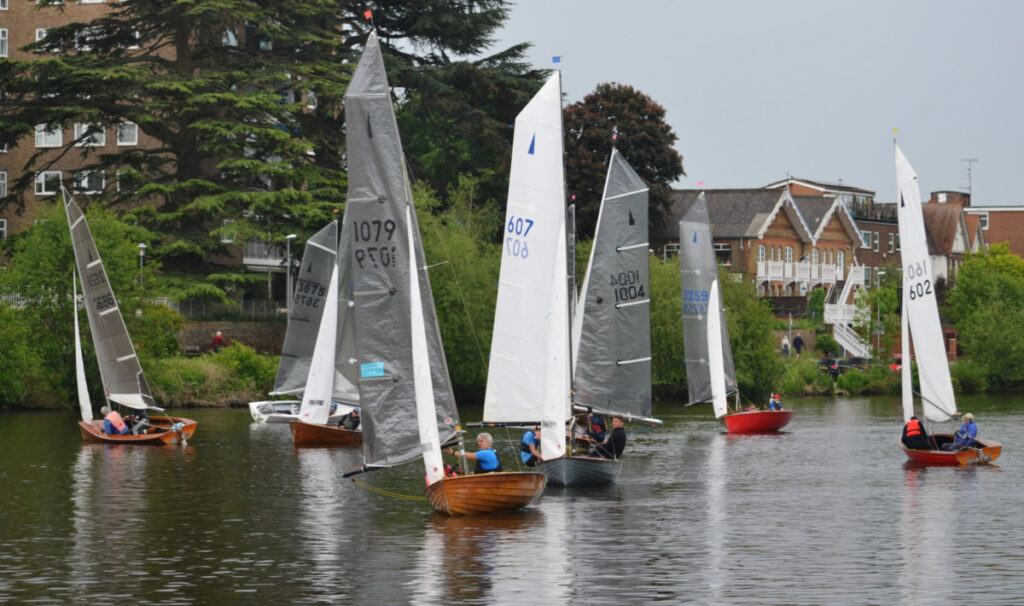 Passing Cloud managed to keep the momentum up, coming in clear of Crescendo (Andy Harris & Matty Key) and Bambusa (Peter & Richard Mason), with the rest of the fleet finding things increasingly tough as the wind evaporated. Things got so bad that three of the Merlins couldn’t even complete the course, a rare sight. 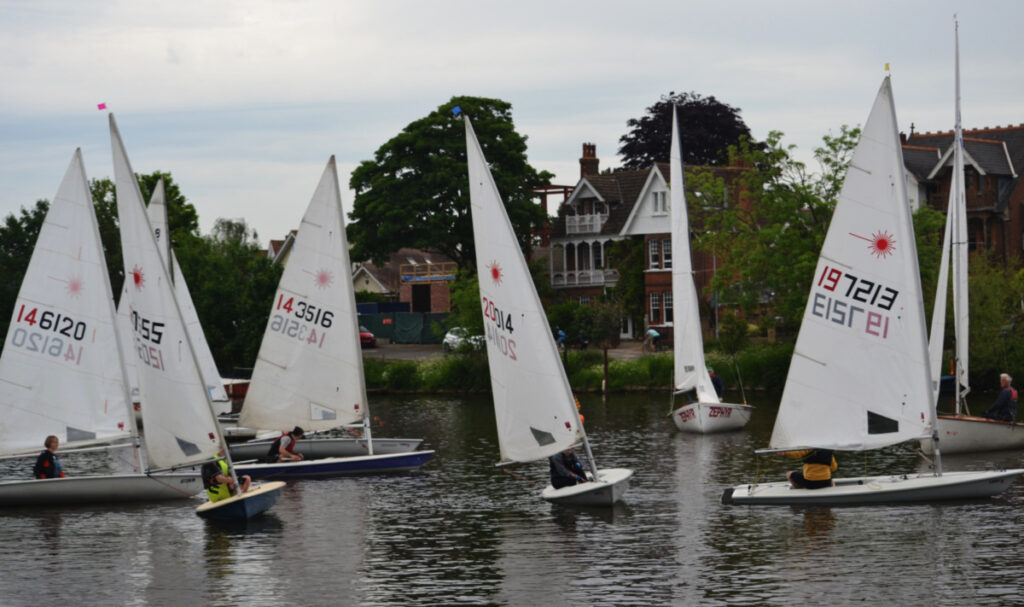 The Laser fleet was also struggling, albeit for different reasons. The head of the seven-strong fleet was cut off when two of the pacesetters coasted past the dogleg. The opportunity was snapped up by Roz Warwick-Haller, claiming her first win of the Summer Series. Second place was Alexey Anatskiy, showing the benefits of regular racing with his ever-improving results. John Edmondson tidied up third place as the remainder of the fleet started to wonder if they were ever going to make it back to shore.

Last off, Tammy watchers had a treat: the rare sight of four National 18s out for a spin, together with a single-handed Enterprise. 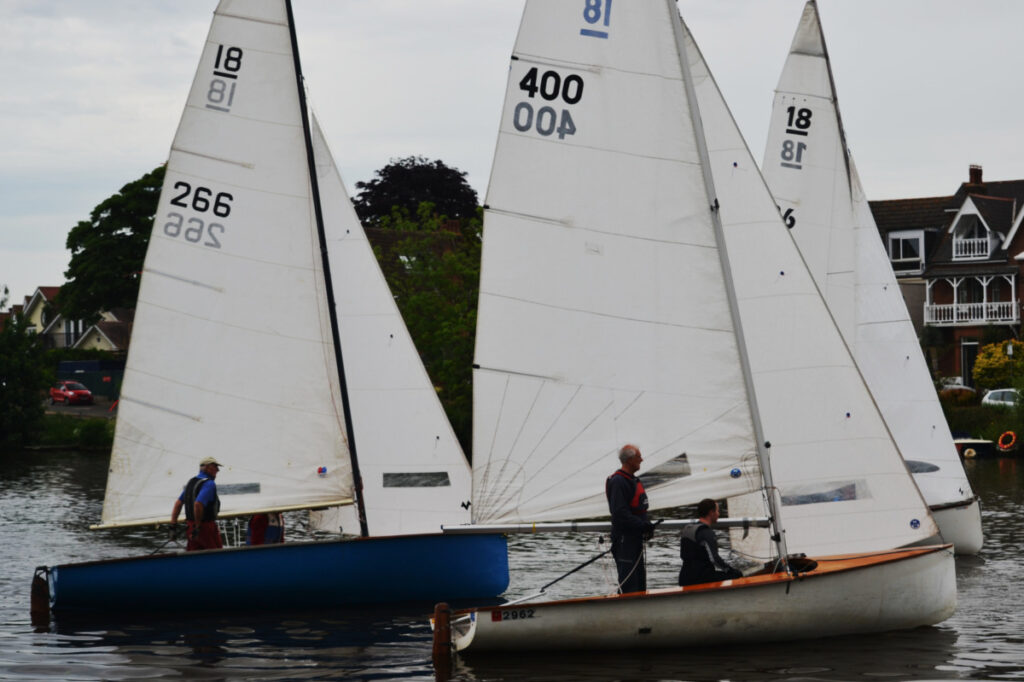 Peter Bide managed the not inconsiderable task in the fading breeze of single-handedly bringing his Enterprise home for the points. 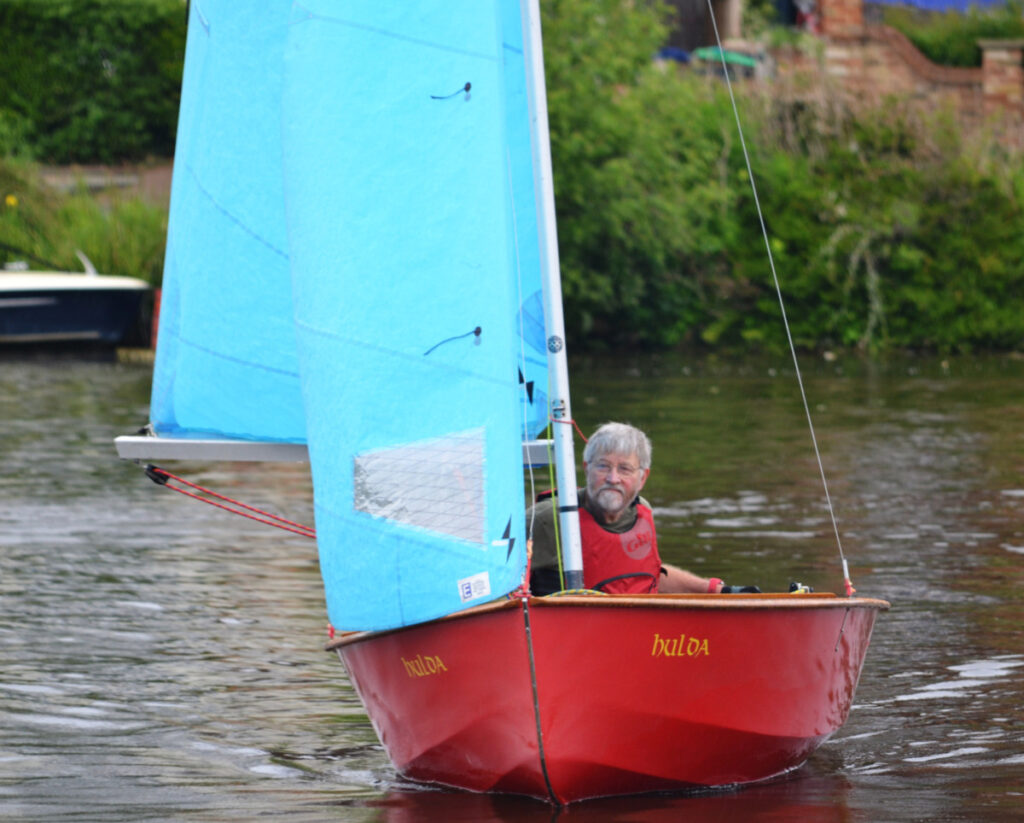