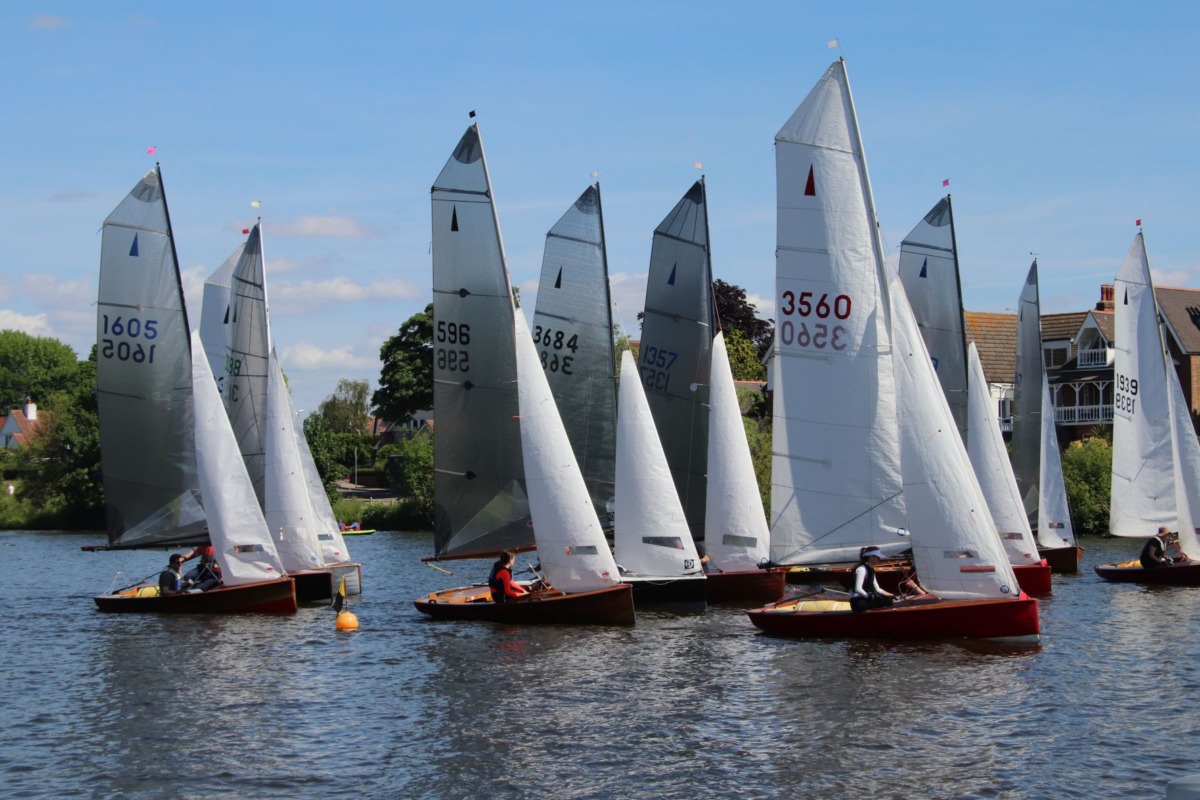 Report by Peter I.

Tamesis Club was a wonderful place to spend last weekend. The club hosted Merlin Opens on both Saturday and Sunday. The events went off smoothly, with only one general recall and a few over the line.

Chris Simon the on-water Rule 42 judge for the CraftInsure Silver Tiller may or may not have blown his whistle at the front of the fleet. As ever, like the Premiership table that was finalised the same weekend the competition was extremely tight while the results speak for themselves.

Congratulations to the winners and podium places, while the overall results are of intense interest to all competitors with close racing all the way down the fleet.

A huge thanks to the OOD team, Pauline and Peter Fryer, in place for both days. With a dog leg course P set on the Saturday, wind from the West and four races run. On the Sunday an up and down on course L and another four races in a light Southerly.

More thanks are due, in particular to the catering and bar teams, the bbq chefs, the beach masters, photographers and patrol boat drivers and of course the sailors, sponsor CraftInsure, the publicity team at the MROA and of course the Commodore for prizegiving.

On 21 May we welcomed competitors from Thames S.C., Chew Valley S.C., Hampton S.C. and Upper Thames S.C. At stake was racing for the de May Series, and the Classic Series as well as the Porteous Cup and Southcott Cup.

Following a fantastic breakfast spread ten Merlins raced twice before stopping for a superb bbq lunch with niçoise salad, strawberries and ice cream in the sunshine.

Two more races after lunch saw more close racing. At one point the Southern Belle steamed though the fleet just as they attempted to cross the stream between Cadet and Club. The lead boat passed ahead, and the chasing pack was forced around the stern of the paddling party boat. TC is restricted water after all. It wasn’t all over however and spectators including class legend Mervyn Allen were treated to fine close racing to the end.

Special mention to Arthur, awarded for being the most junior participant

Sixteen boats with numbers ranging from 607 to 3684 raced for the CraftInsure Silver Tiller and the Thames Series. In addition, on the day racing was for the Sondown Cup and Elizabeth Bowl.

The racing remained tight despite some changes to participation in the fleet from the de May and Classic event the day before. All the way down the fleet there were snakes and ladders in the fickle and light Southerly winds of the restricted water of the Thames.

Once again, a format of 4 laps allowed skilful sailors to assert themselves at the front of the fleet and to ensure sufficient separation to shake out the positions.

At one point the fleet did bunch right back up, except that was at the queue to lunch. We had a delicious con carne on rice with potato salad, tortilla chips, guacamole, and sour cream. The ice cream afters were very welcome in the ongoing May heat and sunshine.

Back on the water after lunch however, results remained extremely close. In the end, after 4 races with one discard the top three were on 5, 5 and 6 points.

The winner was determined by countback.

Lastly a final mention and deserved thanks to the unseen contributors. Committee members, Chris Simon, and other volunteers behind the scenes really are doing a great deal to keep the club and the Merlin Rocket fleet at the forefront. Thanks everyone, looking forward to next year already. Peter I. (TCMRCC) (Tamesis Club Merlin Rocket Class Captain)