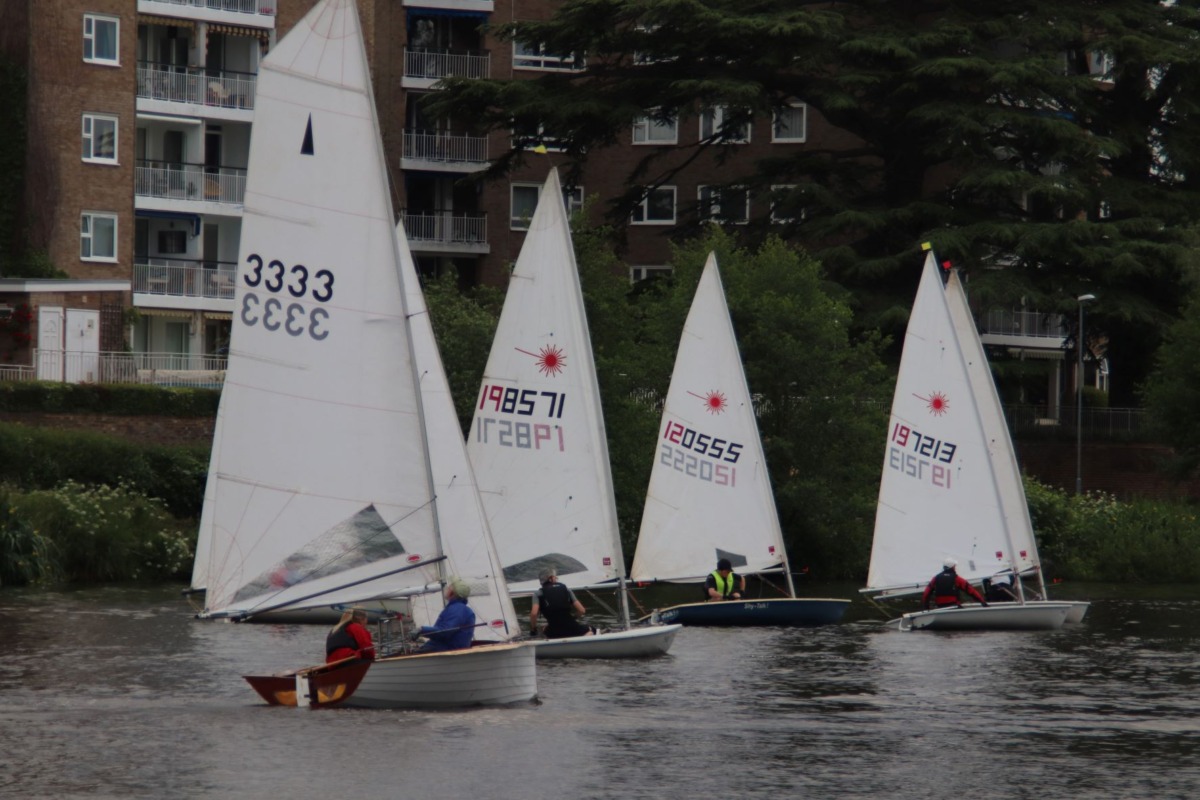 An exclusive fleet of seven boats set off yesterday evening in a lightening westerly which did tend to change a bit.  Peter Impey led the way until the downstream mark when he was caught by fellow Laser Marcus Chavasse. This was despite a capsize, entertaining us with a very elegant recovery.

Marcus in turn was caught by Matt PJ and Alastair Banks in National 18 Optimus Prime, starting two minutes behind the others, but was able to hold them off for some time. 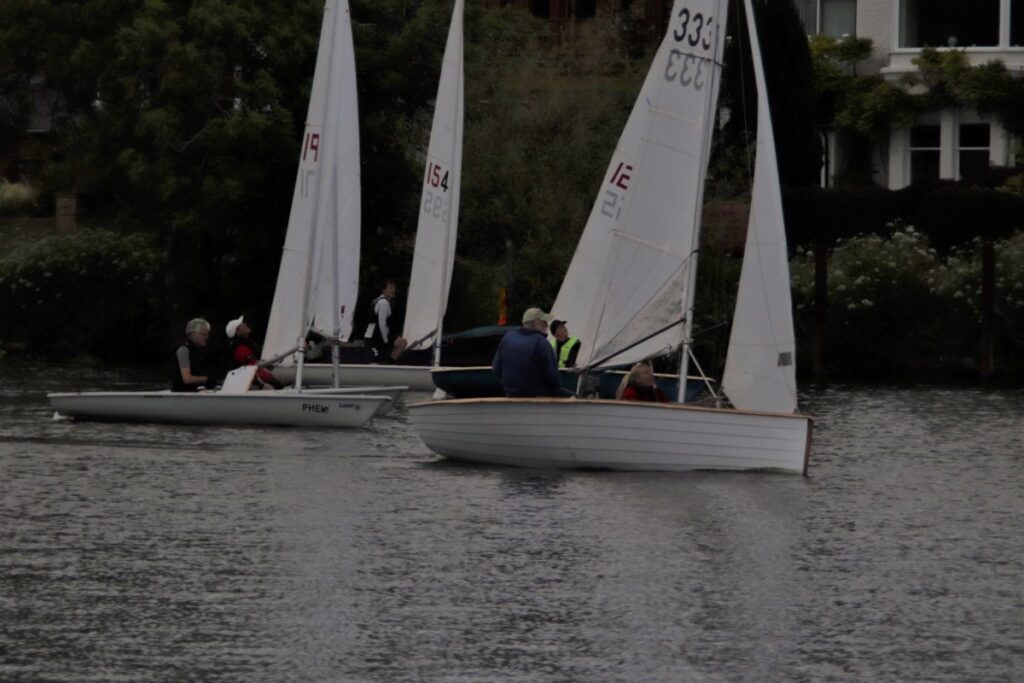 In the meantime, John Adams and Ros Warwick-Haller in Merlin Precious entered the mix and was able to power through the Lasers in the dropping wind.

The race was followed by an excellent meal thanks to Alicia.  Thanks also to David and Florin serving drinks in the bar.