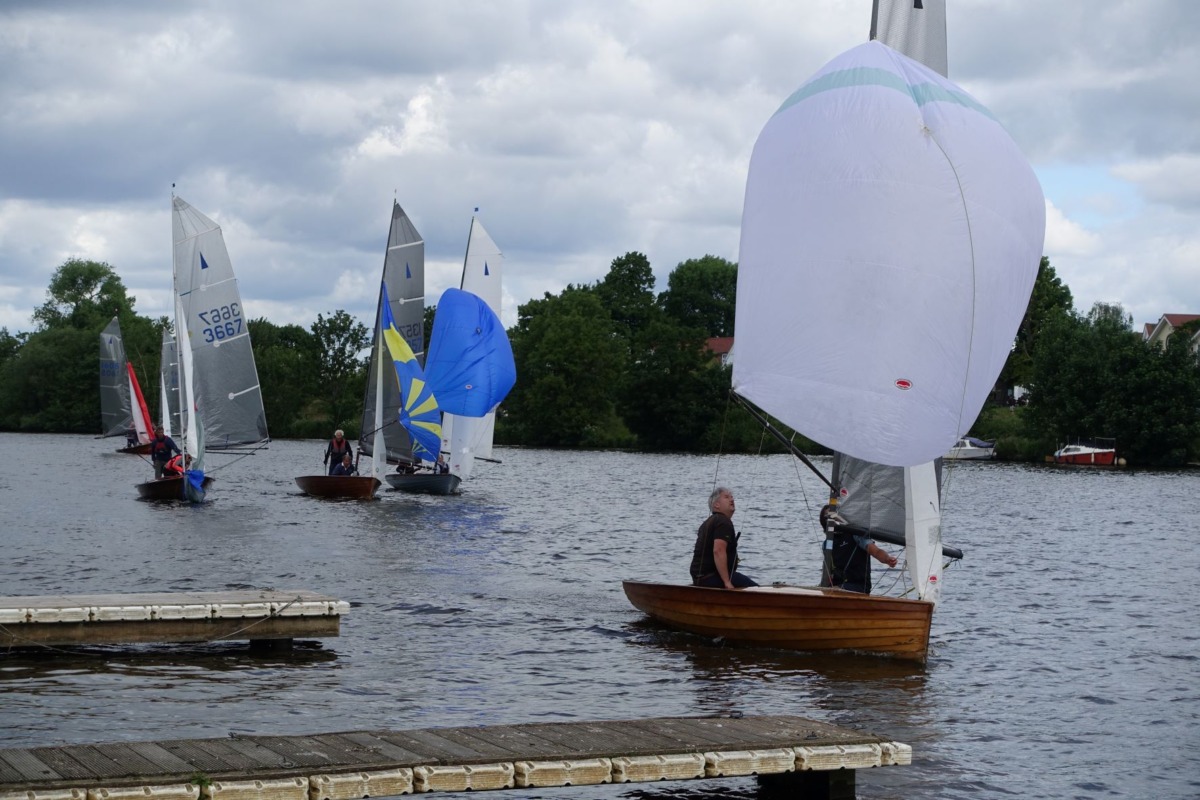 More boats turned out in the white races.  The upstream mark was placed above Stevens Ait.  Richard Harris and Jason Stokes in Passing Cloud eventually shook off  Andy and Tom Harris in Crescendo.  The  Masons were third until gear failure forced retirement.  David Baker and Jim Green were third in Chimp.  Mattie Valentine won the Laser race after a close contest with Alden Horwitz.  The second race was very long with boats having run from downstream mark below the canoe club up to the buoy just beyond the island. 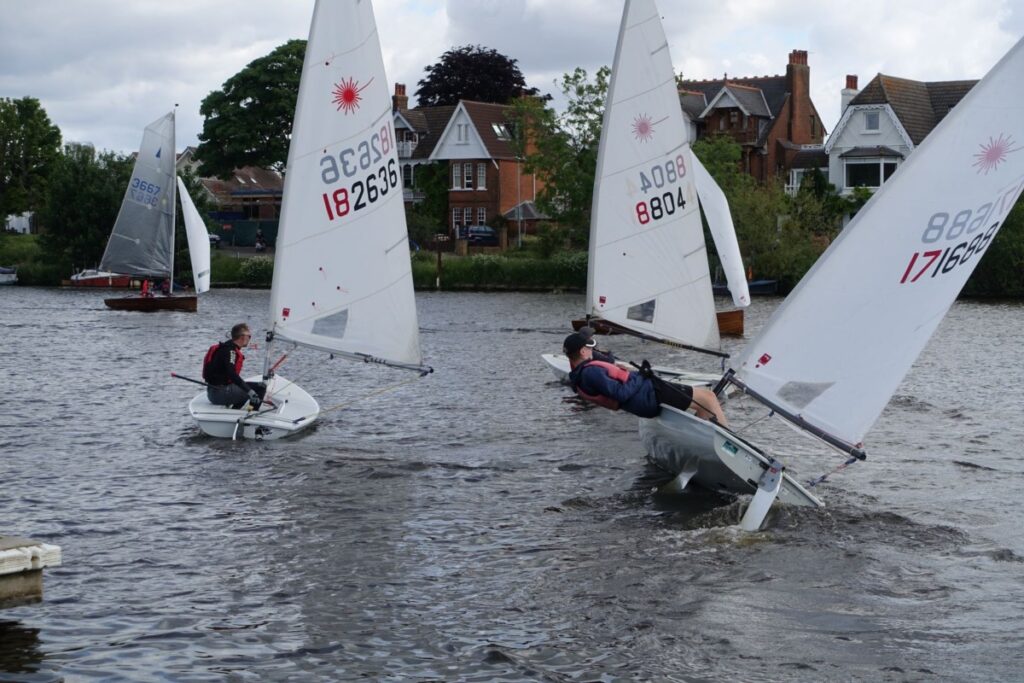 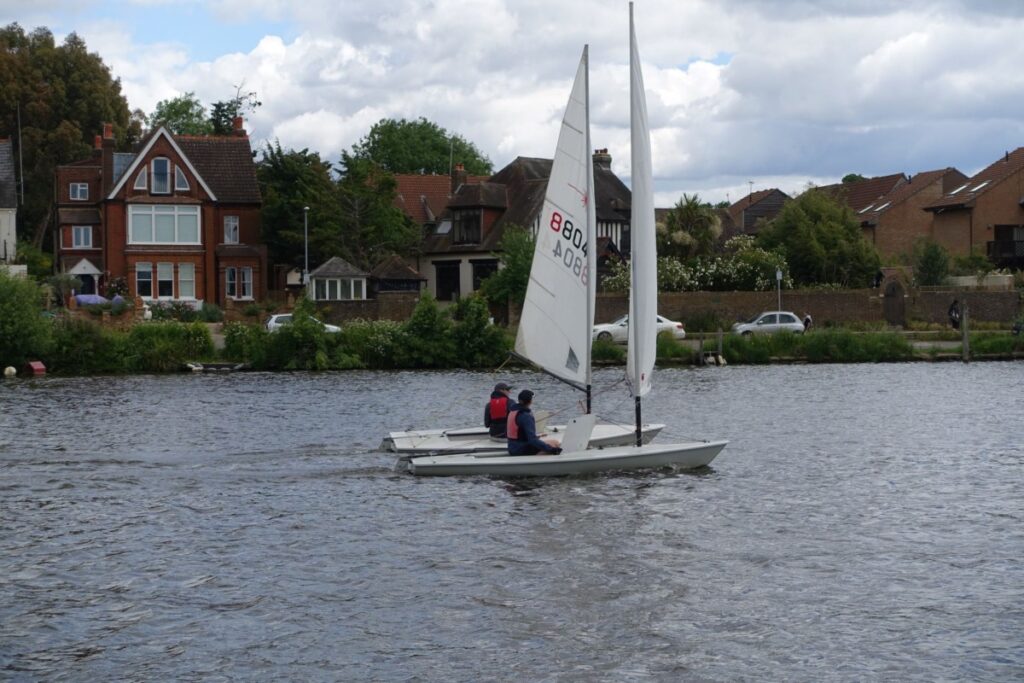 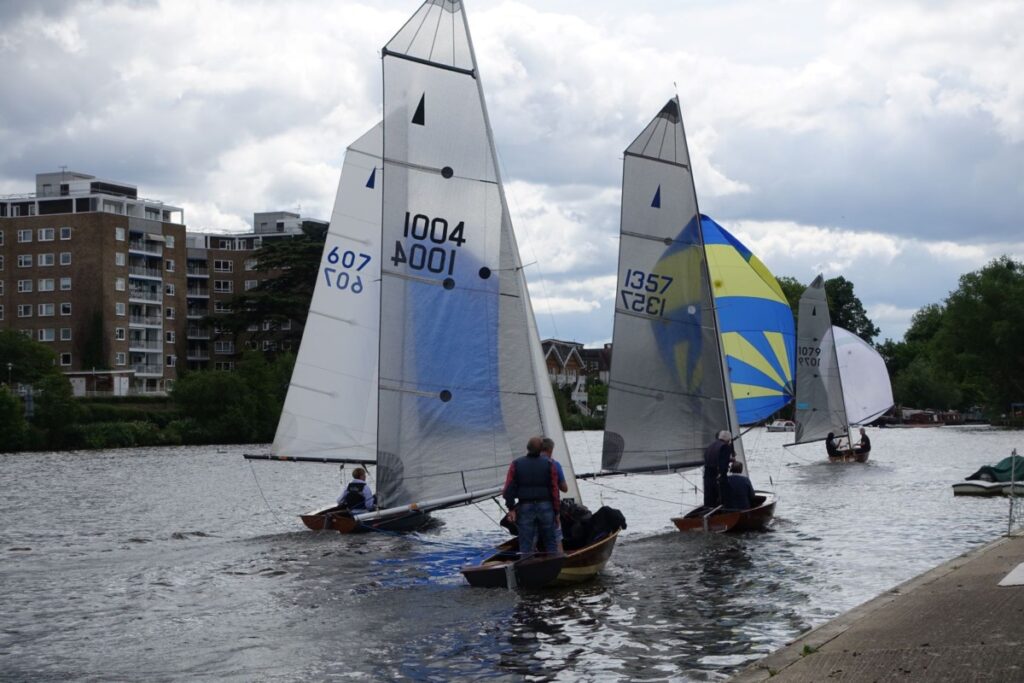 There were no National 18s out for various reasons.

We were treated to a great lunch of roasted cod and bacon with new potatoes, asparagus and salsa verde followed by strawberries and cream.

Thanks to OOD Charles Fox assisted by Alexey Anatskiy, with Kaan Yargici and Ron Williams, Chris Pollard and Alastair Banks in the patrol boats.  Thanks also to Alaphia, Chloe, Florin and Lara for keeping us fed and watered.