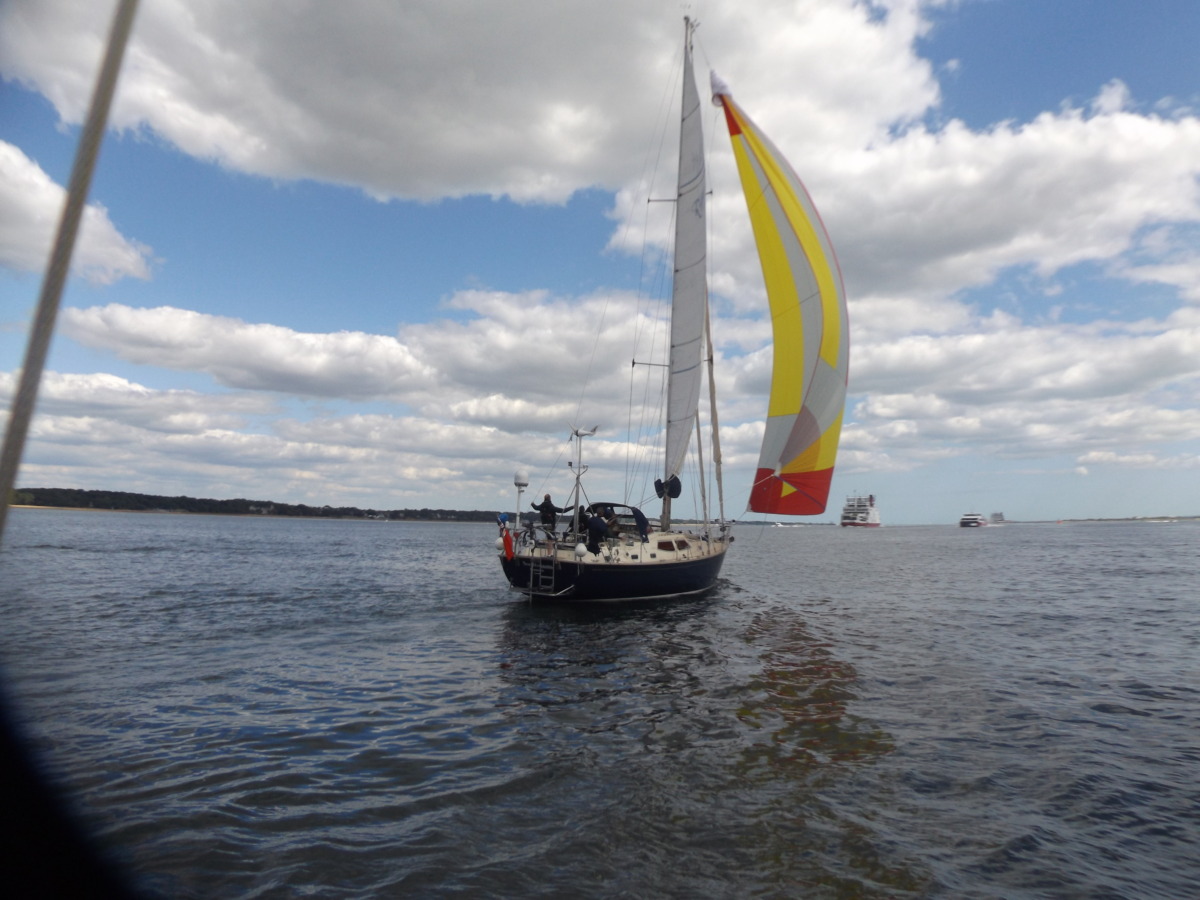 Three boats [New Horizon, Pickle and Sandy Lady] and  made the trip out in to the Solent to partake in Jack’s Trip, the annual Offshore Group outing.  Weather was mixed – sunny but cold, with periods of no wind and some large gusts up to 25 knots.

The first stop on the trip was Marchwood Yacht Club (https://marchwoodyc.org.uk/) – a small club on the edge of the New Forest based in a Georgian guard house.  Food and drink were taken and the competition for the afternoon was discussed – 10 clues for photos to be taken en route.

The cruise in company to the Folly Inn (https://www.greeneking-pubs.co.uk/pubs/isle-of-wight/folly/) progressed well with asymmetric foresails being used by all the boats.

Over beers and wine, the worst mistake of the day was discussed, and the Tamesis Seacock trophy was awarded to Rustler 44 New Horizon for sailing too far in the morning and being late to the party (there were no real cock-ups and the Offshore Captain had to scrape the barrel a bit).  Over even more beers, the concept of a speed trial between the attendees was discussed, but the next morning with no wind forecast, there was a distinct lack of enthusiasm and the competitors sailed off to the horizon.  New Horizon did pass the start line (whilst drifting in no wind), but is that enough for the trophy to be awarded (one for the Sailing committee to argue)?

All in all, some cracking sailing in some very different wind speeds – anywhere between 2 and 22 knots made choosing a reefing sail plan very difficult.

So what’s next for the Offshore Group.  It would be great to look at expanding the events list, would the membership like a cruise in company to Cherbourg?  How about a trip to one of the major cruising or racing clubs in London?