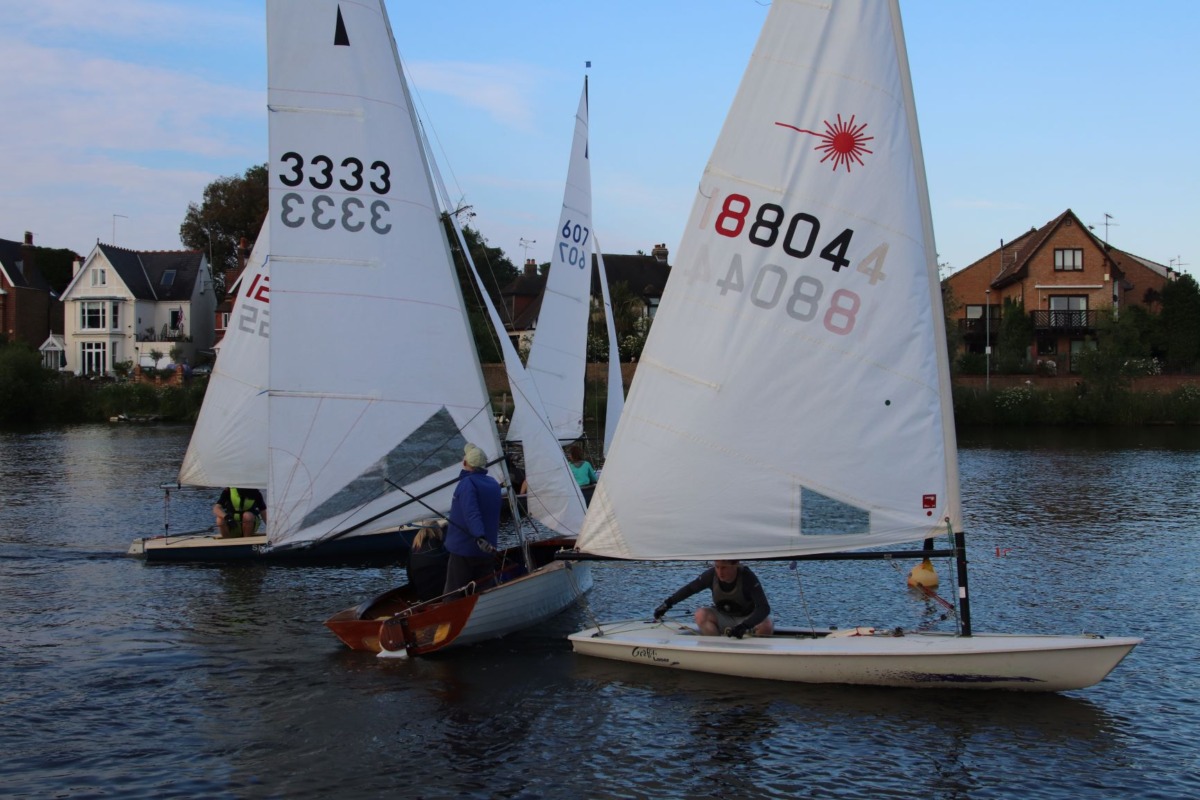 Thursday was the 5th of this year’s Saga Trophy races, sailed in a wind that promised much at the start but then became more fitful and varying in direction from east to south to north, with an occasional westerly zephyr.

Seven boats came for some fun, three Lasers , including Alastair Banks who professed to not having sailed a Laser for a few years, a couple of Merlins and a couple of N18s.  Garrie Mallen, the OOD for the night, set what appeared to be a simple Canbury/Lensbury sausage but was made complicated, more so for some than others, by the fluky wind. 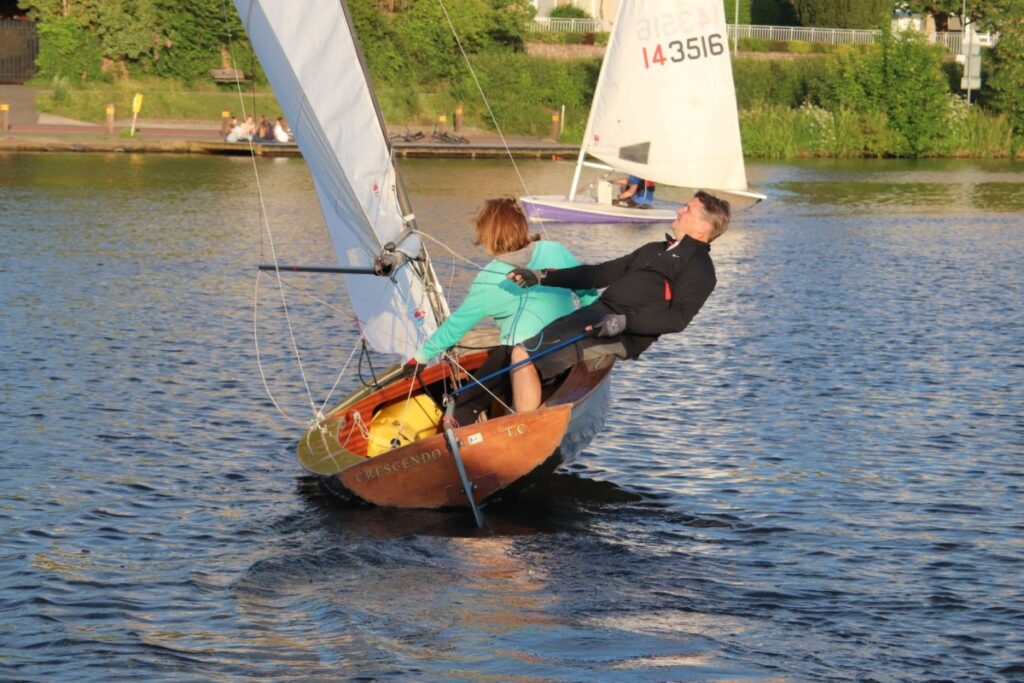 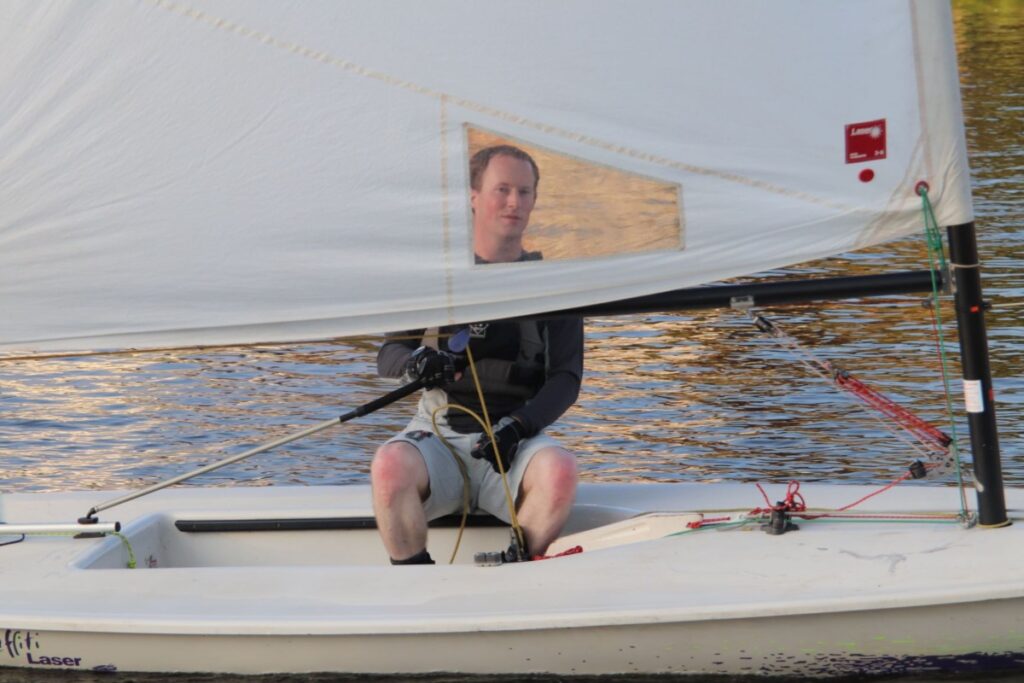 Andrew and Nim Harris in Crescendo shot off from the start and were runaway leaders on the water.  However Alastair in one of the club Lasers found the right wind and was the only boat not to be lapped by Andrew, and their positions were reversed on handicap. 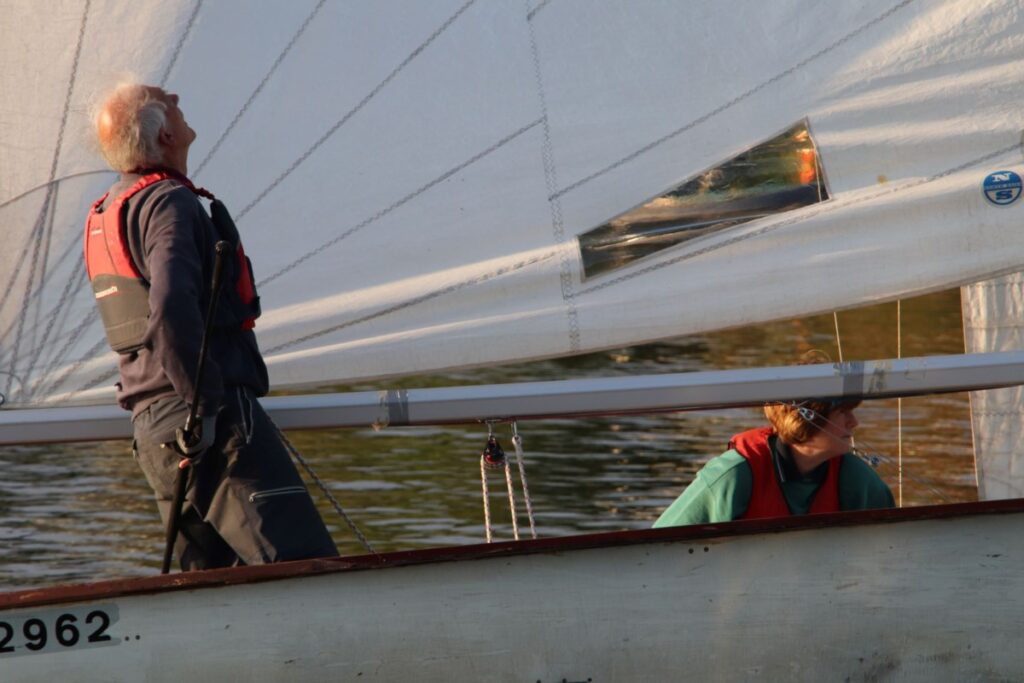 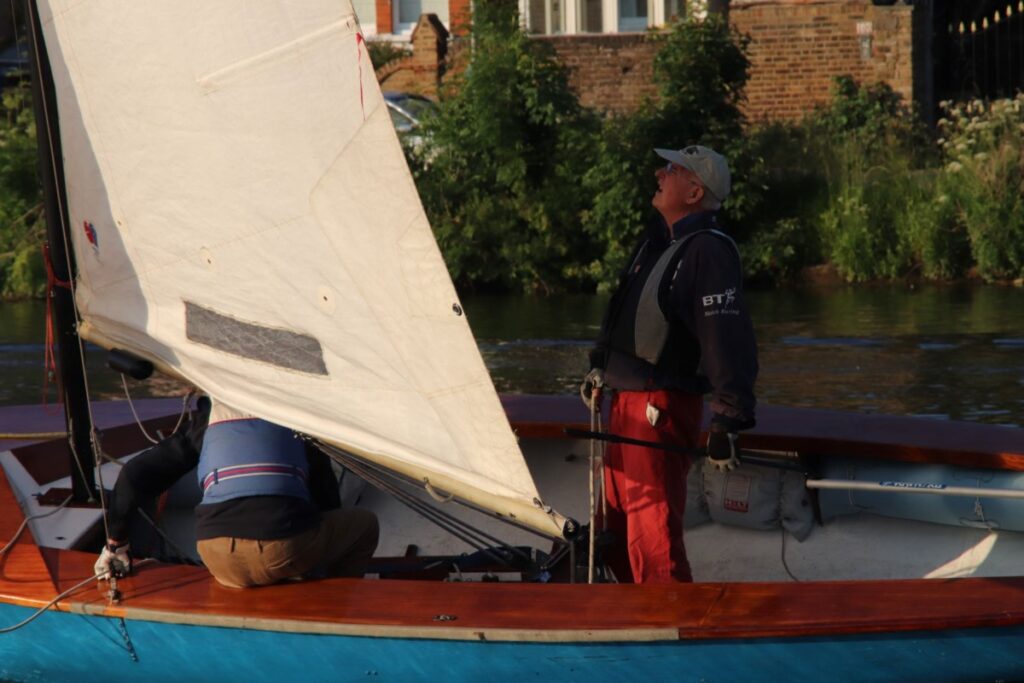 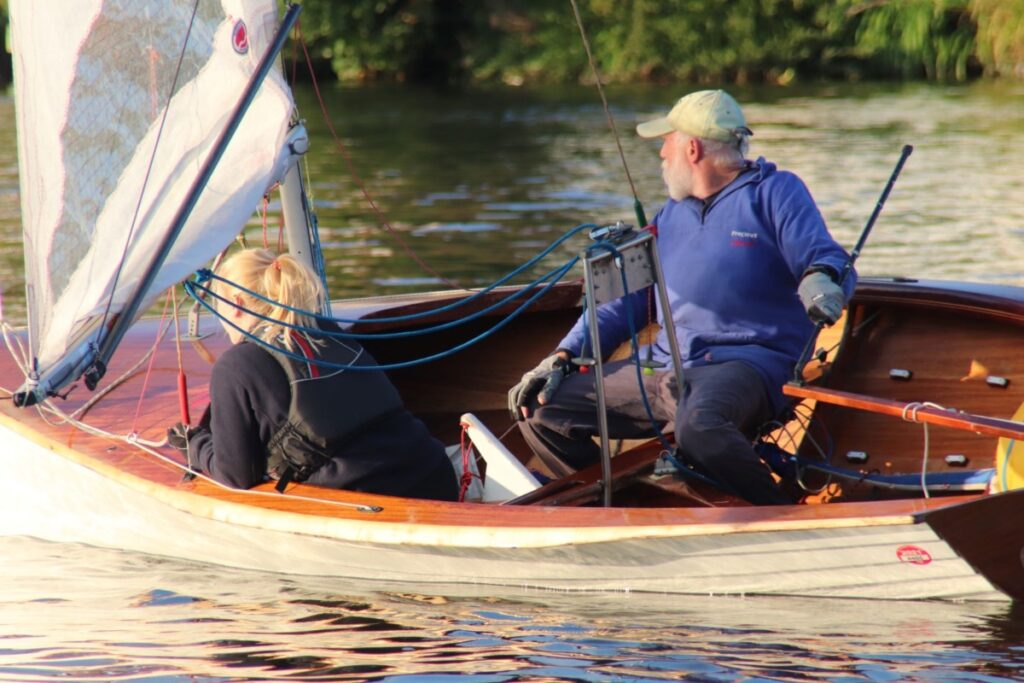 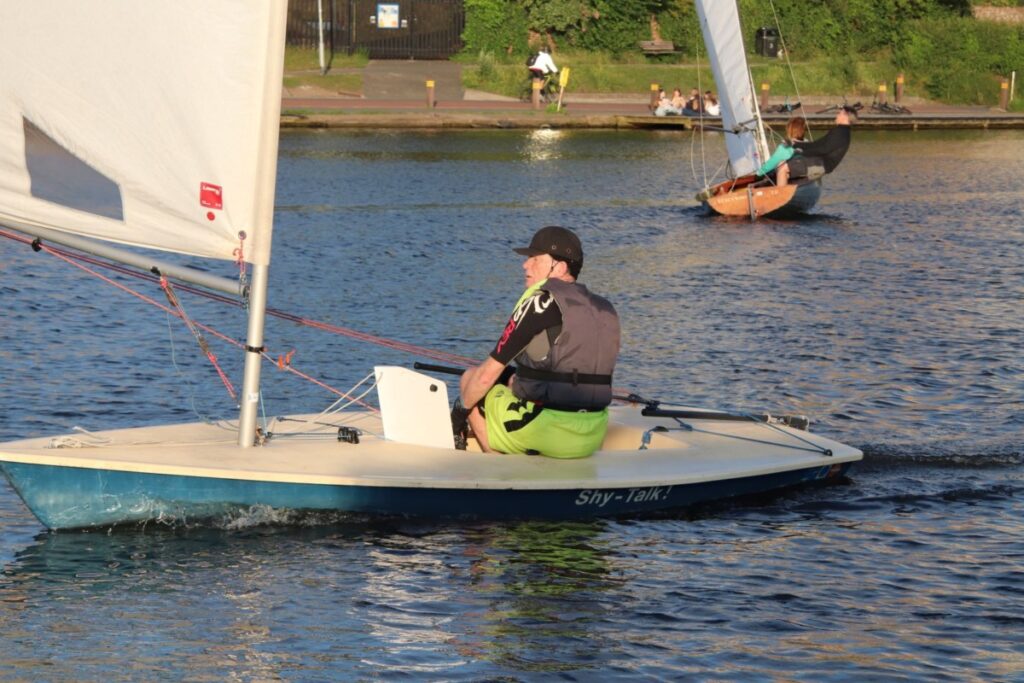 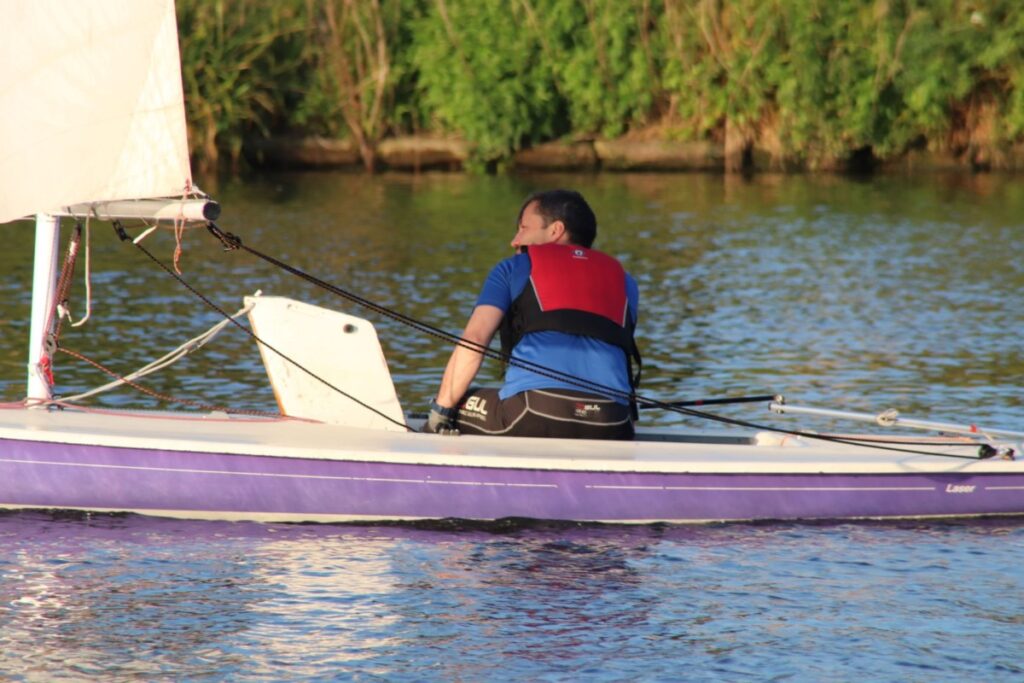 Chris Pollard and Caroline Stilwell in their N18 Antedote were third on the water, but a fast last lap for Charles Fox and Adrian Warwick-Haller in their N18 Genevieve saw him take third on handicap with Chris 4th. A tricky evening’s sailing but definitely worth the effort.

Overall the only competitor to have sailed all 5 races and hence to have qualified is Jim Hamilton so all other scores will include at least one 48 points for a DNC, hence he is at the top of the list at the moment.

Results are provisional as of 4th June 2022

Thanks to Garrie Mallen and Tim Ginn  in the Box, Ken Duffell and Joe Woods in the patrol launch and to Chloe, Florin and Lara For providing a tasty supper and welcome drinks. 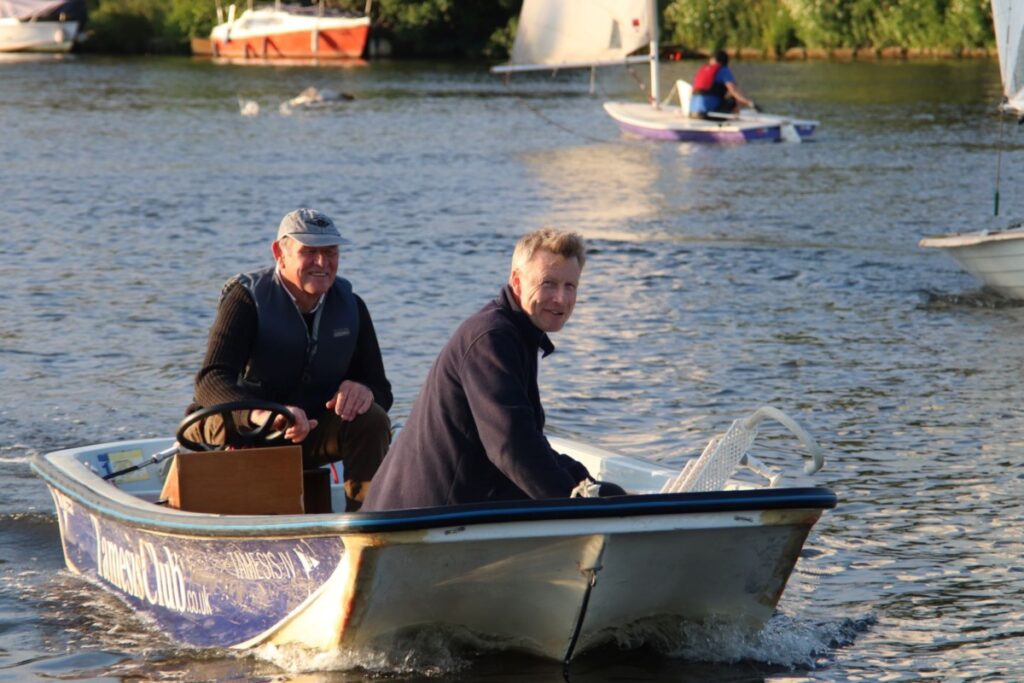 Hopefully with the half term holidays over we may get a few more boats out on the water next week.