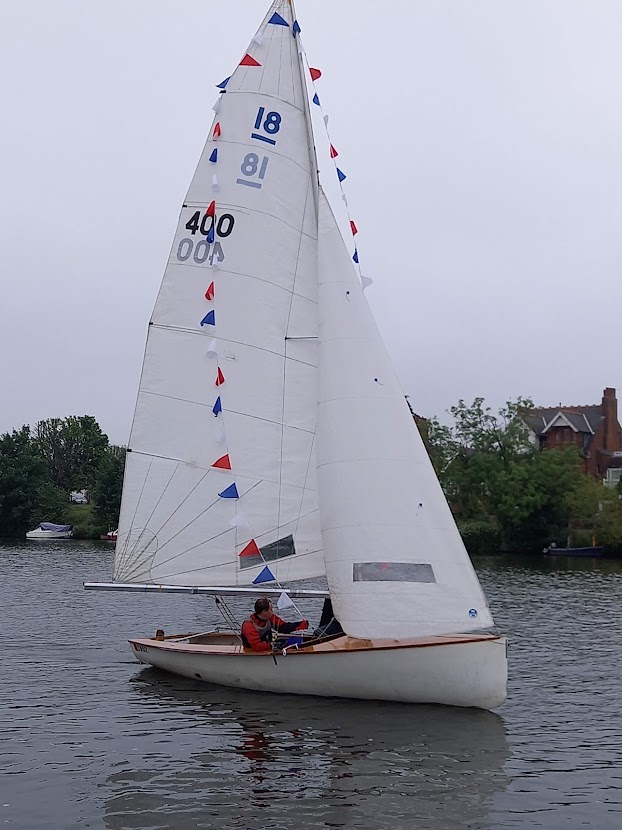 The day dawned grey and somewhat chilly for June.  The wind came from the north and was light and not likely to increase.

The event was also part of the Tamesis celebration of the Platinum Jubilee.  To mark the occasion two crews dressed their boats up – Antedote and Cobblers.  Cobblers took the prize for best dressed boat.

Richard Harris set a course starting downstream and then up to a mark upstream of Stevens Ait. As this was a pursuit race the slowest class started first. 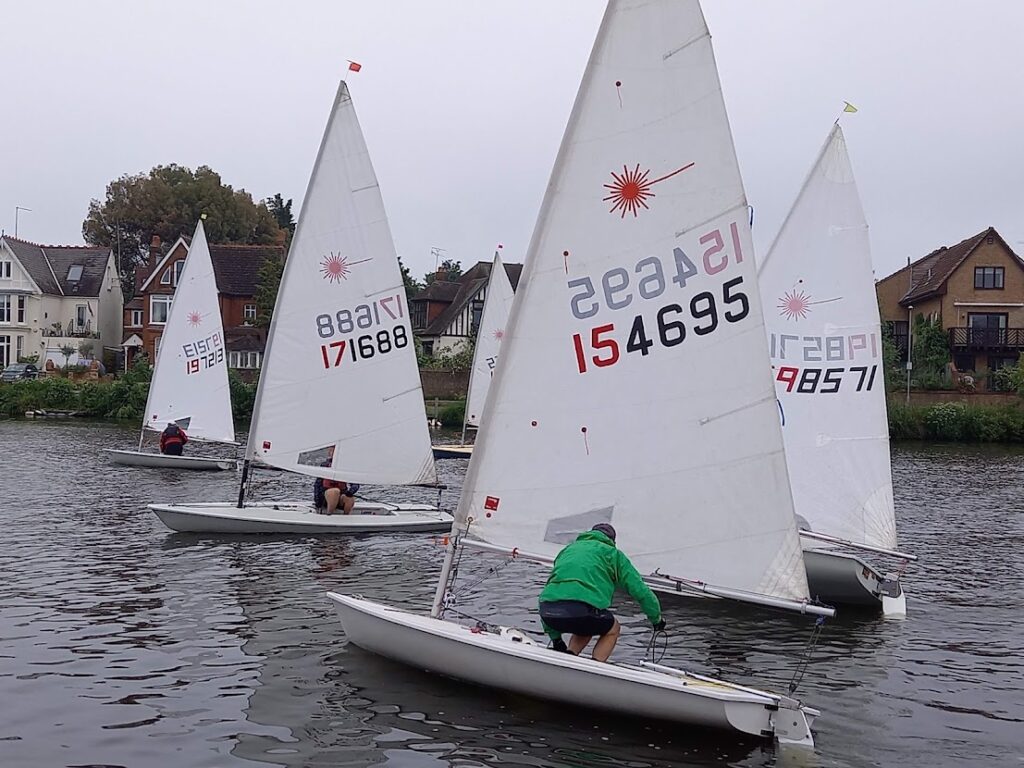 The five Lasers set off first to be followed soon after by the Albacore sailed by David Baker and Jim Green.  Merlin Rockets Crescendo sailed by Andrew and Tom Harris and Seven Eye sailed by Josie and Griff  Tanner, and Avenger sailed by Ken Duffell and Joe Woods were next to start.  Lastly N18’ Antedote  sailed by Chris Pollard and Alastair Banks crossed the start line.  The turnout was smaller than previous years, probably due to lots of people being on holiday, and the lack of wind. 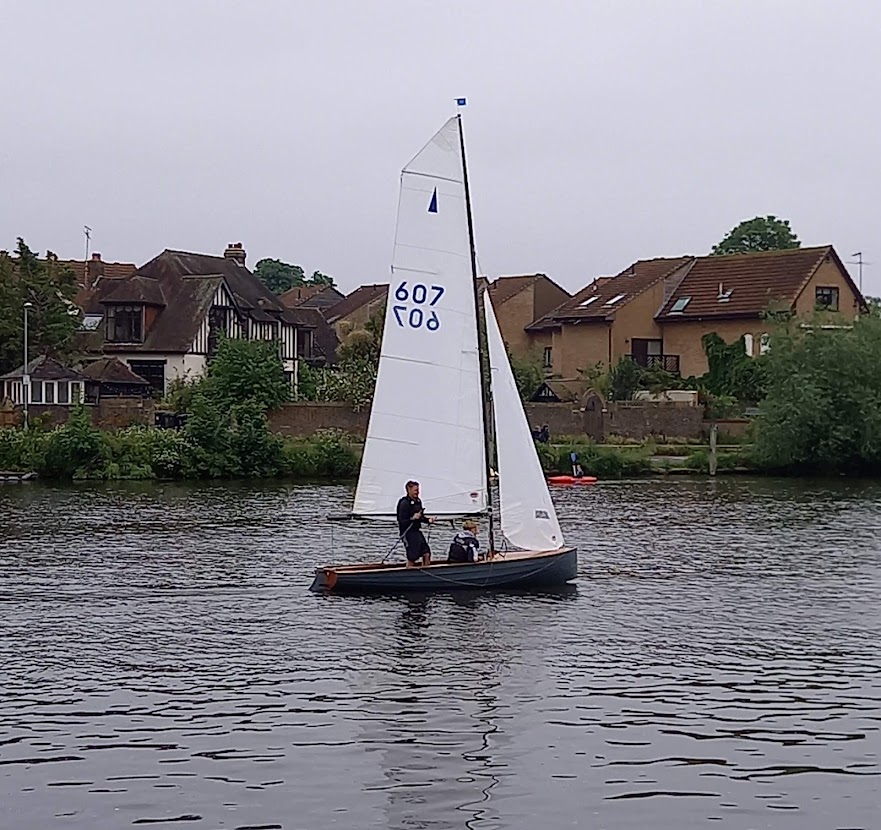 Andrew and Tom won by a big margin, Marcus Chavasse and Matty Valentine were second and third respectively in the Lasers.  Matty took the Junior Cup, Josie Tanner was 2nd in the Junior Cup

The race was followed by the prize giving, prizes being presented by the Commodore, Chris Pollard and announced by Rear Commodore Sailing Marcus Chavasse.

Thanks go to OOD Richard Harris and Emma Macdonald in the box, James Berry and Ian Ramage in the Patrol Boat.

Once having finished the on the water activities some 30 plus members were treated to a sumptuous tea of sandwiches (including a Coronation filling of course), scones with jam and cream, meringues and cream, strawberries and finally a delicious Victoria sponge, all prepared by Alaphia  Chloe Florin and Sophie.  They were all given an ovation for their work.

A great day all round.  Thanks to all who contributed to making a great day.

Thanks also to Adrian and Sally Warwick Haller for planting up the pots so beautifully.