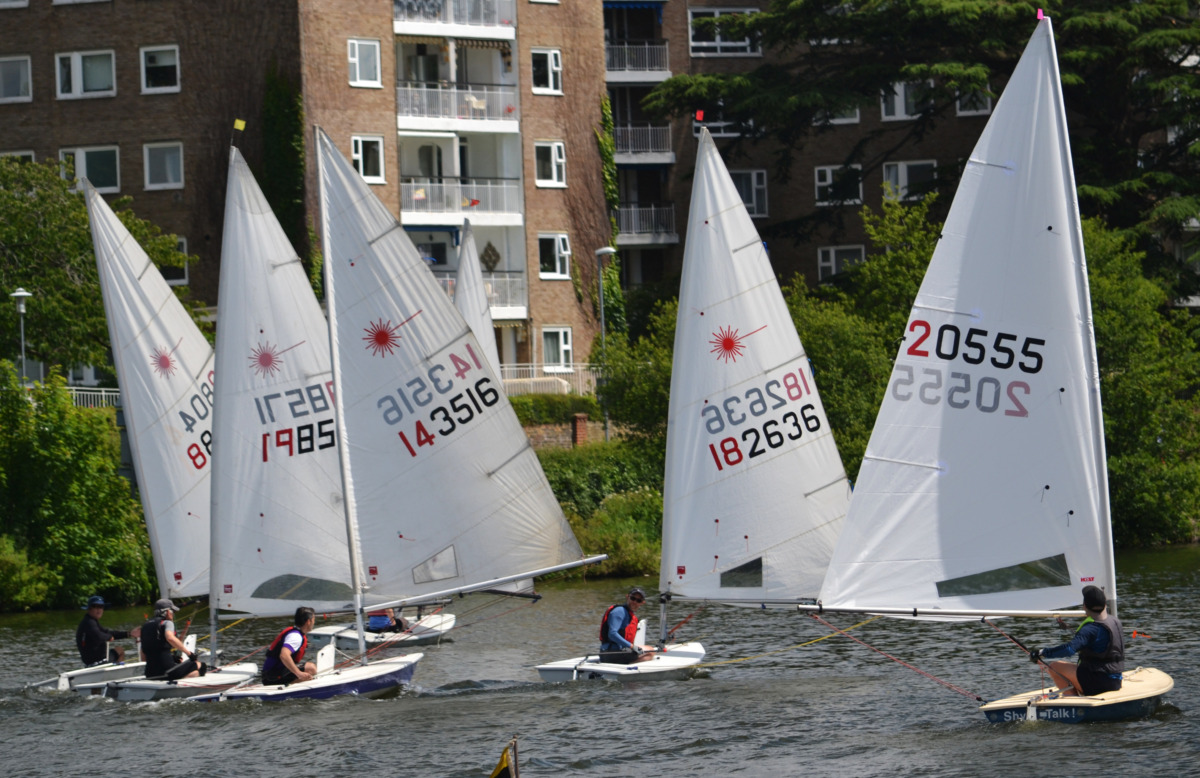 Racing was postponed to the afternoon as the river was closed by a canoe event in the morning.  Members and friends gathered in the sunshine to have a sandwich lunch and drinks from the bar before the racing.

Two races took place as usual, the Blue series starting at 2.30 and the White at 3.30pm.  Turnouts were down but those that were out enjoyed a west north westerly.  The  downstream dogleg course was set mostly in front of the club.  The wind was flukey sending a few of the Lasers over.  The merlins were able to set their spinnakers on the upstream leg. 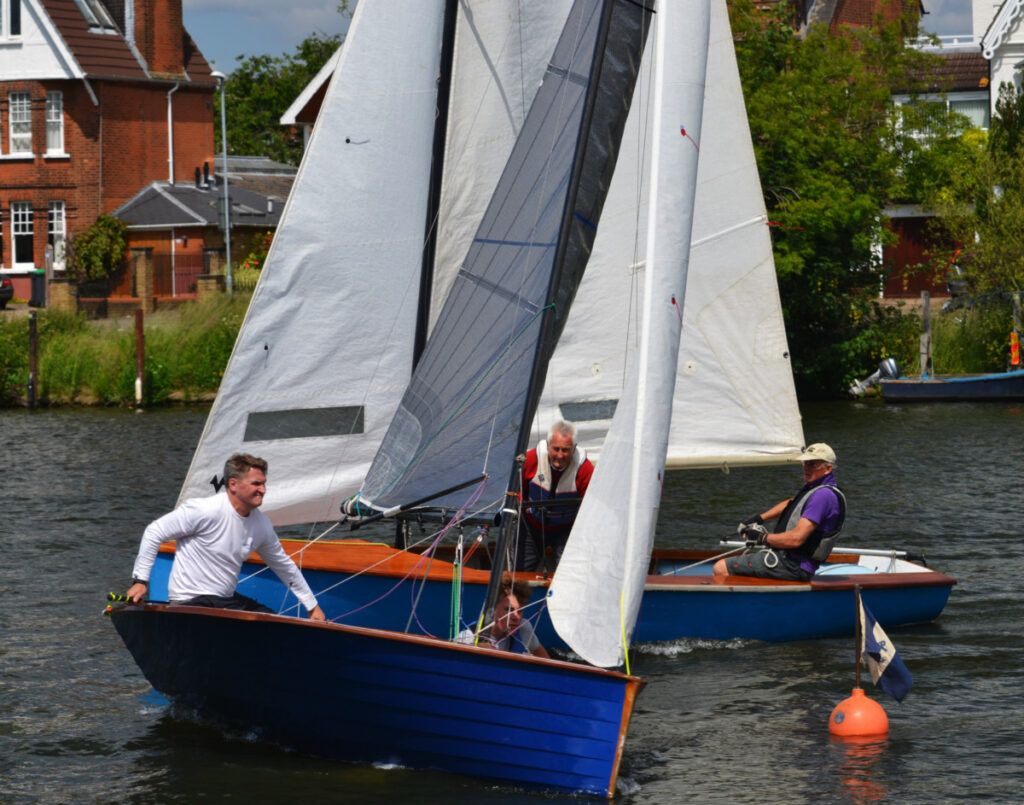 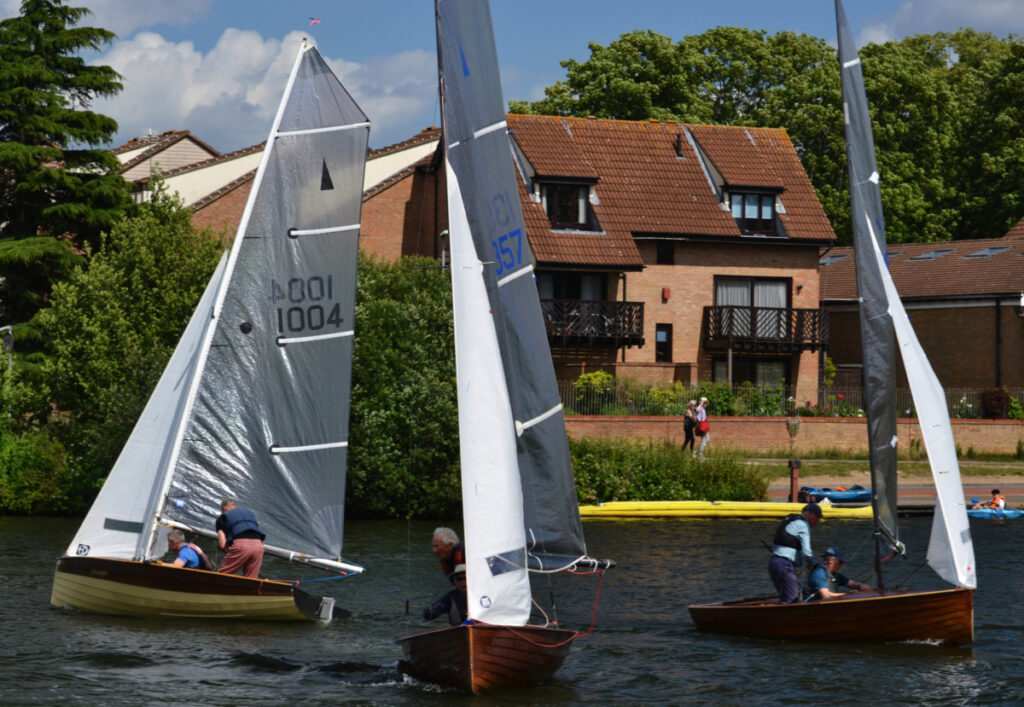 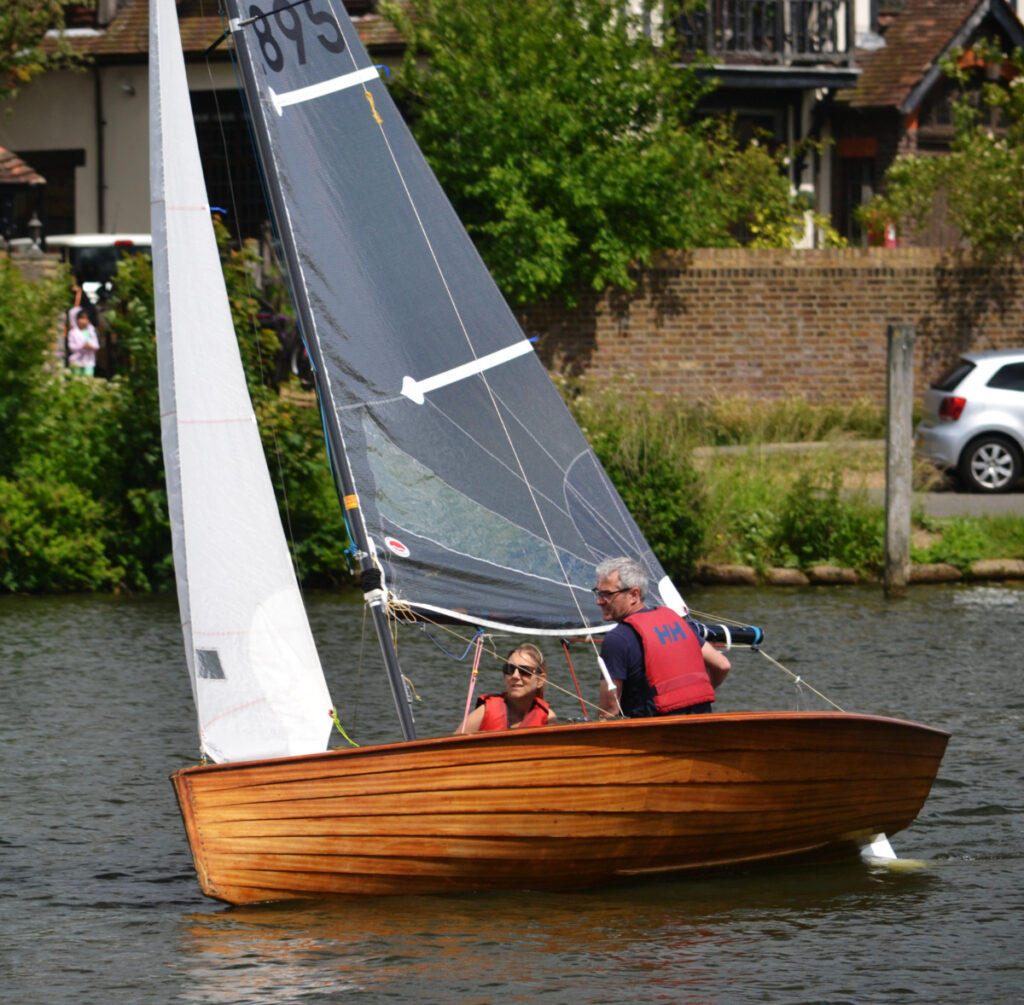 Andrew Harris and Matty Key in Merlin Point Break led all the way round in the first race, Peter and Rick Mason in Bambusa second, Joe Woods and Ken Duffell were third in Avenger and Johannes Wagner and Lynda Redding were fourth. 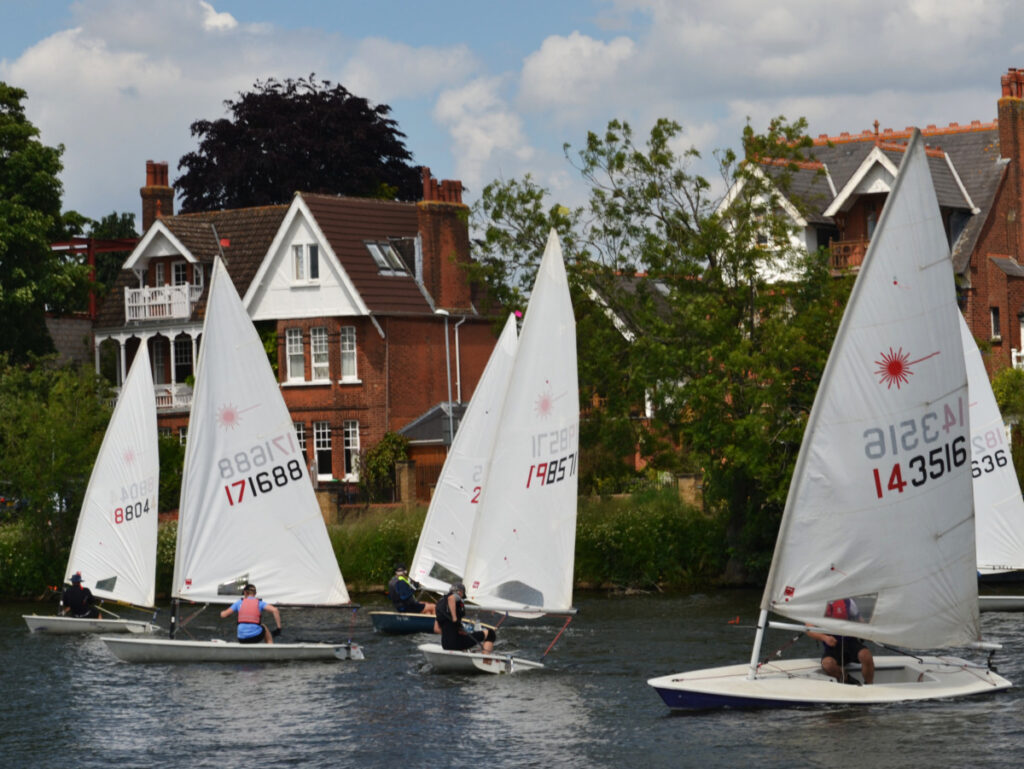 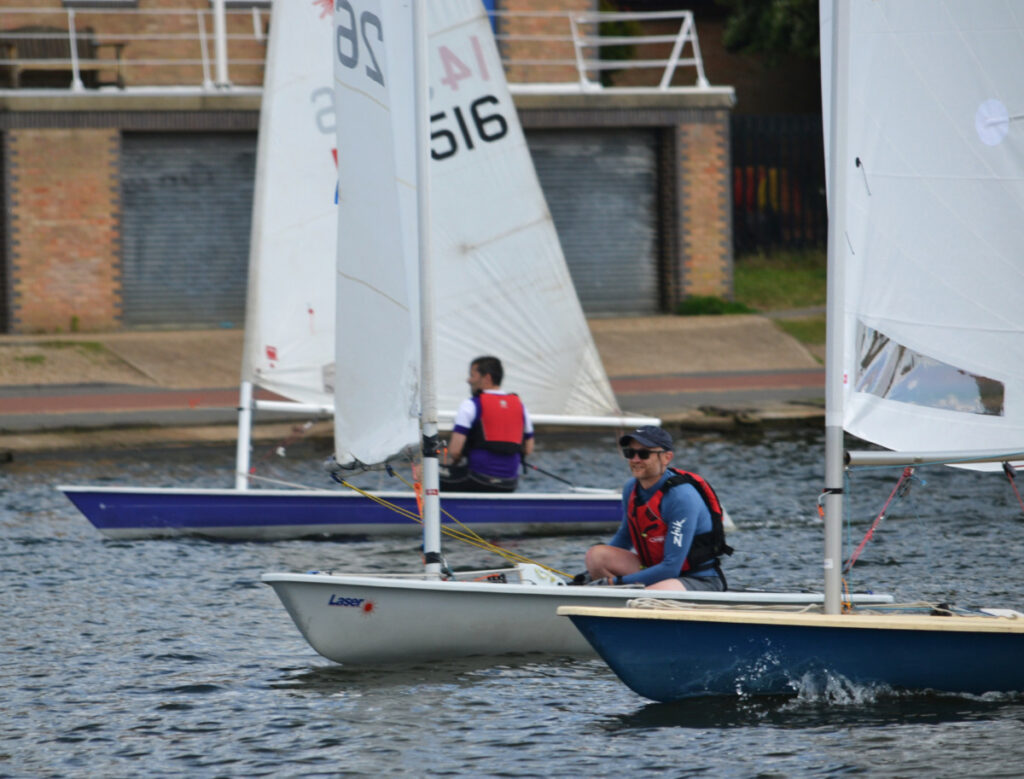 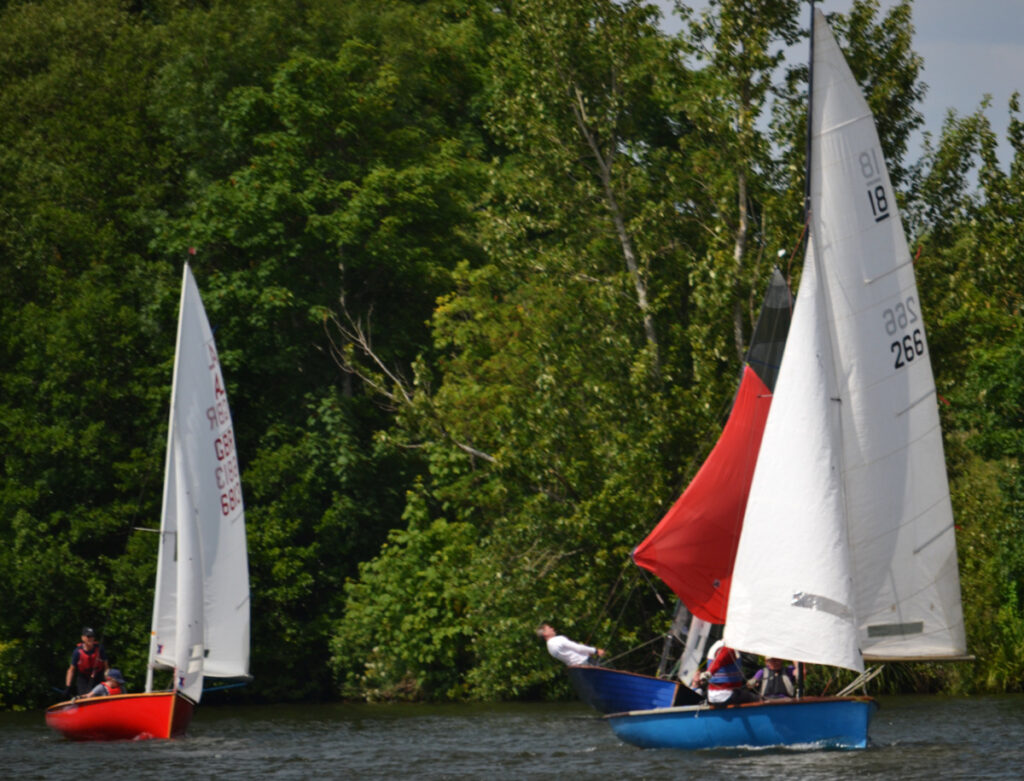 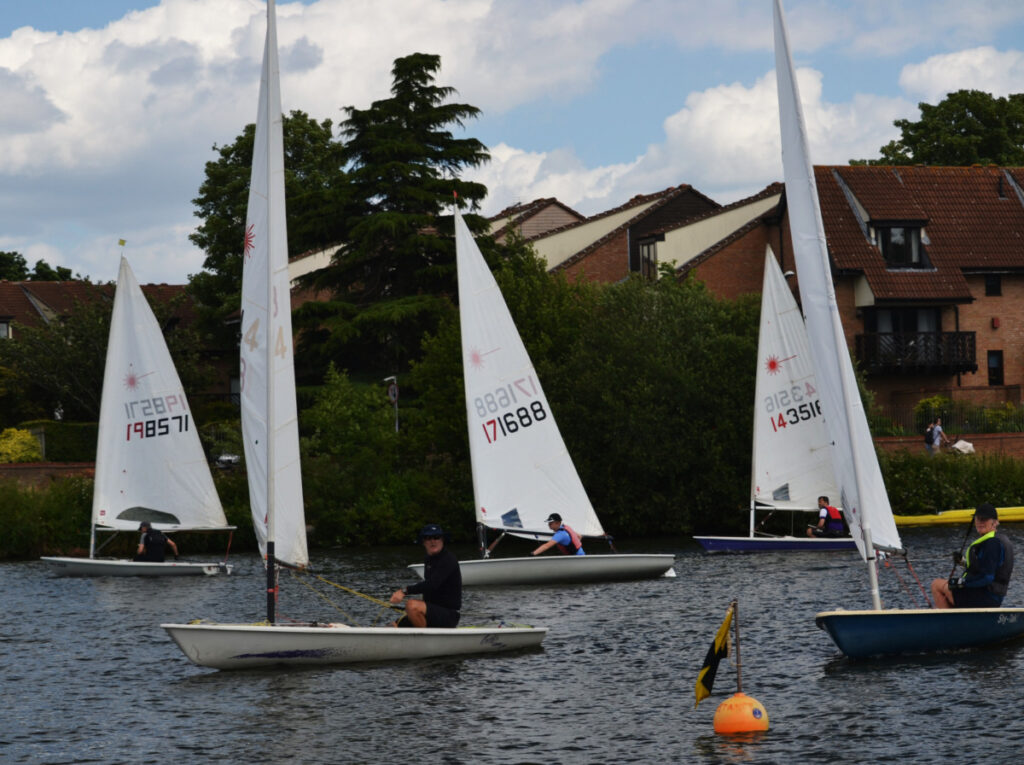 Charles Fox and Robert Blakebrough in National 18′ Genevieve led the way in the handicap start from Albacore ‘Cobblers’ sailed by Peter and Nicky Johnson.  He did not have it all his own way though.

Slightly fewer went out in the second race.  The merlins were joined by David Baker and Carolyne Vines in Chimp who led all the way round. Andy Harris and Matty Key were second, Peter and Rick Mason third, Ken Duffell and Joe Woods fourth.

Three seconds separated Chris Taggart and Matty Valentine in the Laser race.  Newbie Timothy Barr was third having led at the end of the third round of the four round race.

Charles Fox and Robert Blakebrough were alone on the line in the handicap race.

It was great to see some of the graduates from the recent RYA courses taking to the water to practise their new found skills.

Thanks to Joe McLaughlin and John Kemp in the box, Onursal  Soyer and Adrian Warwick Haller in the Patrol boat.

Thanks also to Alaphia, Josefine, and David for keeping us fed and watered.