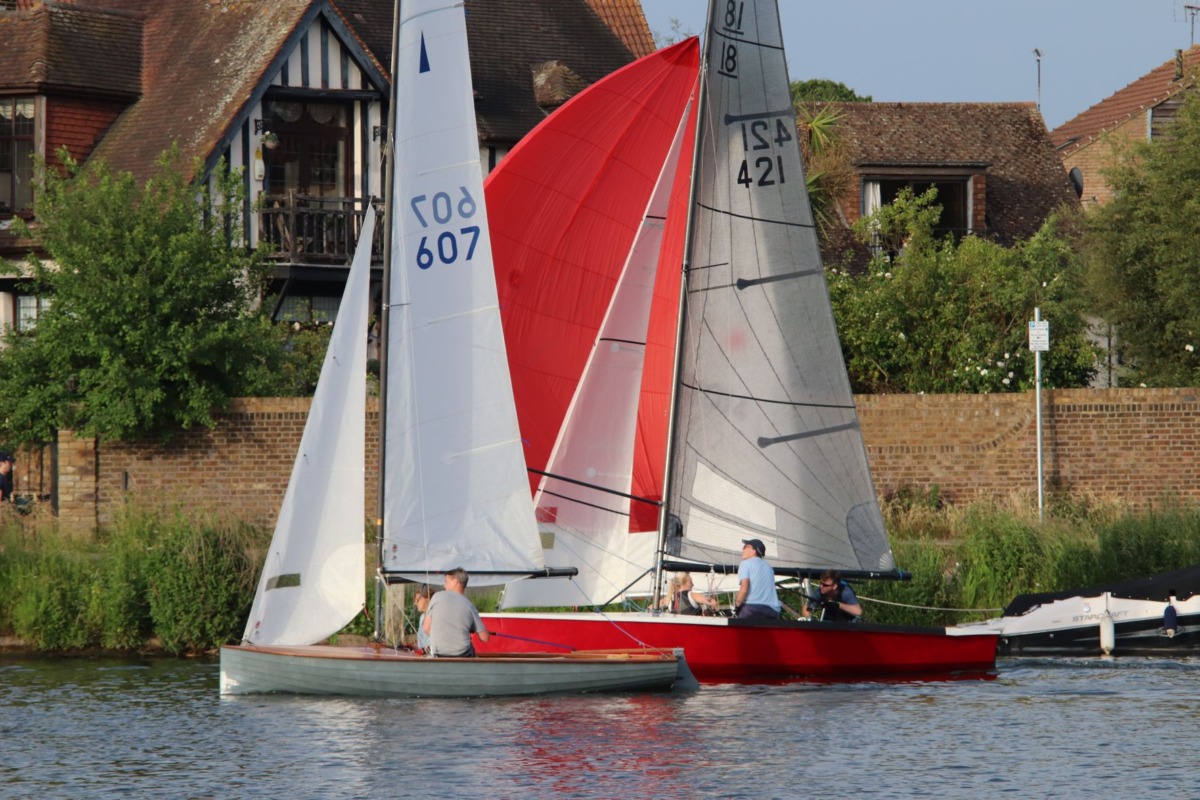 It was a relief to get to the club after a scorching hot day.  The wind filled in nicely from the south enough to allow a beat and a spinnaker run. This was entirely unexpected as the forecast was for an almost dead calm. A select few turned out for the race. 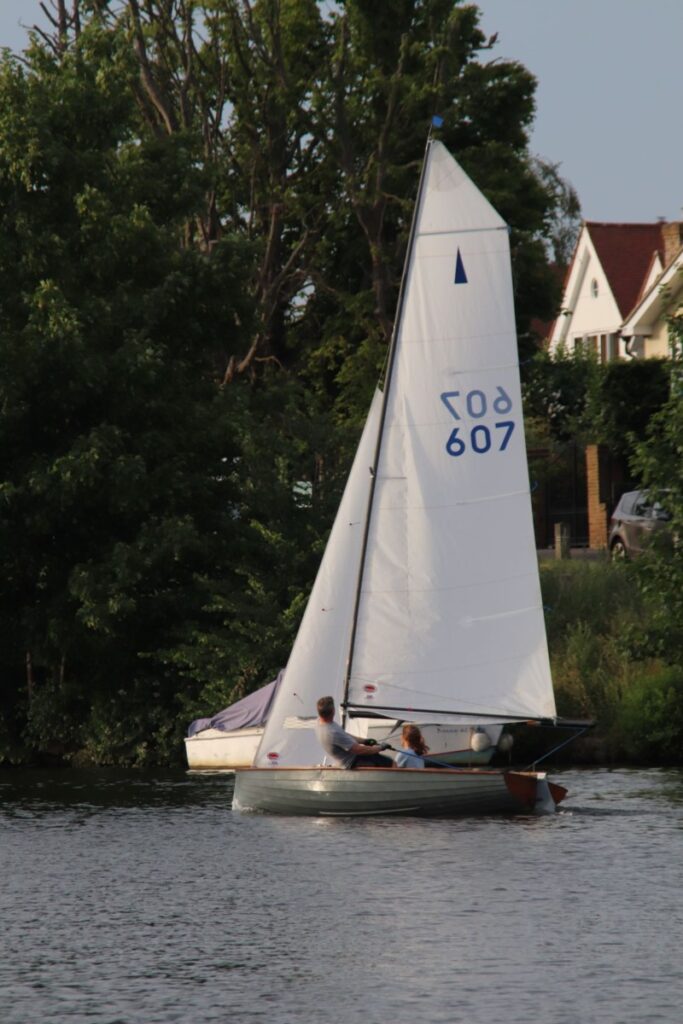 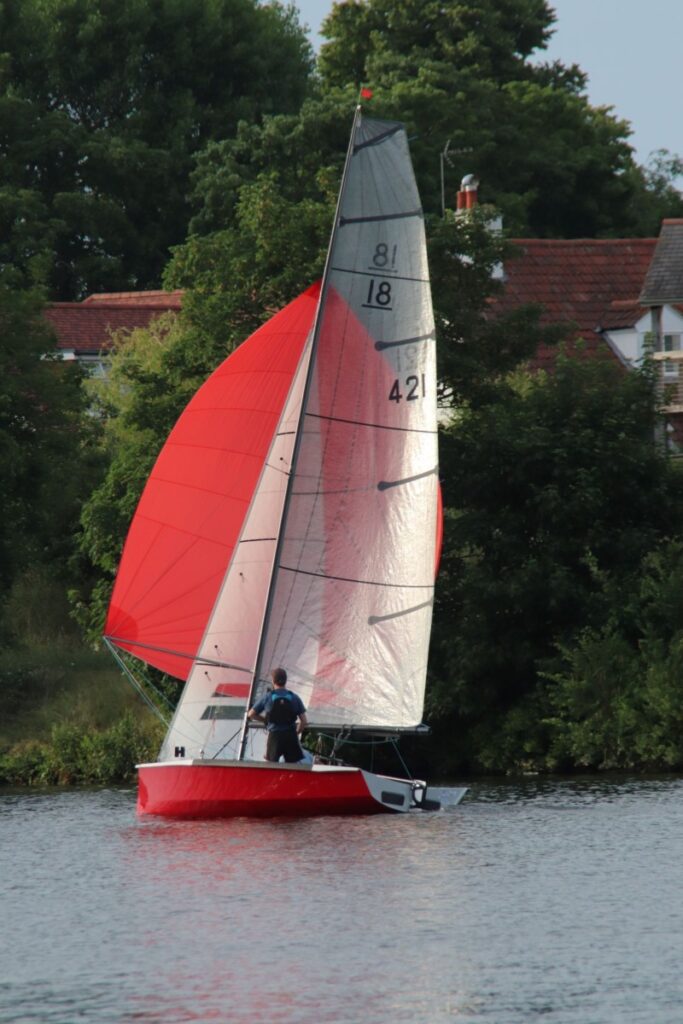 Andrew and Nim Harris in Merlin Rocket Crescendo led from the start and were eventually caught by Matt PJ and Charlie Morgan in  National 18’ Optimus Prime who started two minutes later, thus following the pattern of the last few evening races. Andy and Nim are proving very hard to beat. 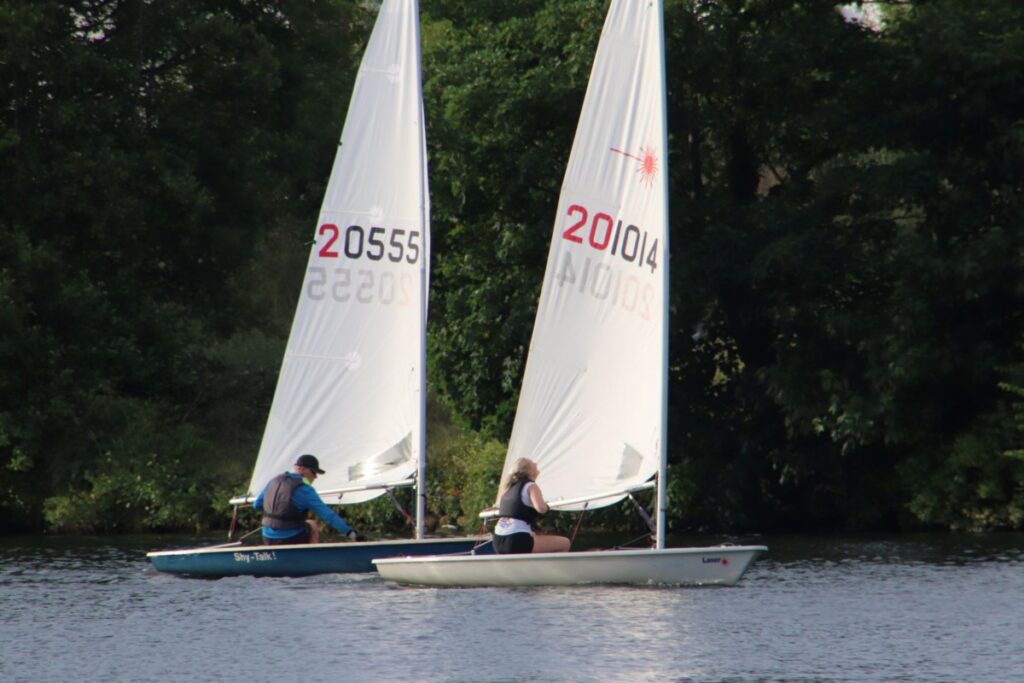 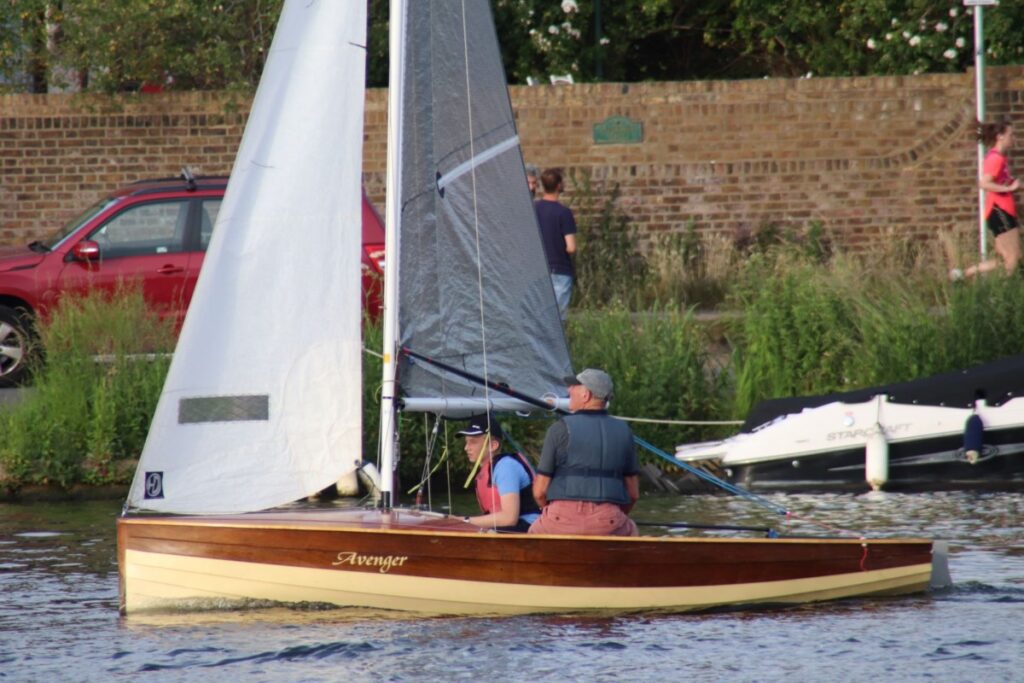 Ros Warwick-Haller and Jim Hamilton were nip and tuck in the Lasers, but Ros eventually came through.  Ken Duffell and Mattie Valentine in Merlin Rocket Avenger beat the lasers who were both lapped, but once all the handicaps are applied who will win?

The results are posted below.  Still all to go for.  Five races completed and many have completed four – so one more race for them to qualify.  The series finishes on 30th June – two more to go.  Thanks to John Adams for calculating them so promptly.

Many thanks to OOD Peter Johnson assisted by Nicky Johnson in the box and Sue Harris and Stewart Colley in the Patrol Boat.

We were treated to an excellent supper of roast chicken, ratatouille and cuscous followed by a welcome ice cream.  Many thanks to Alaphia and Maddy in the kitchen and Florin in the bar for providing such an enjoyable end to the evening.