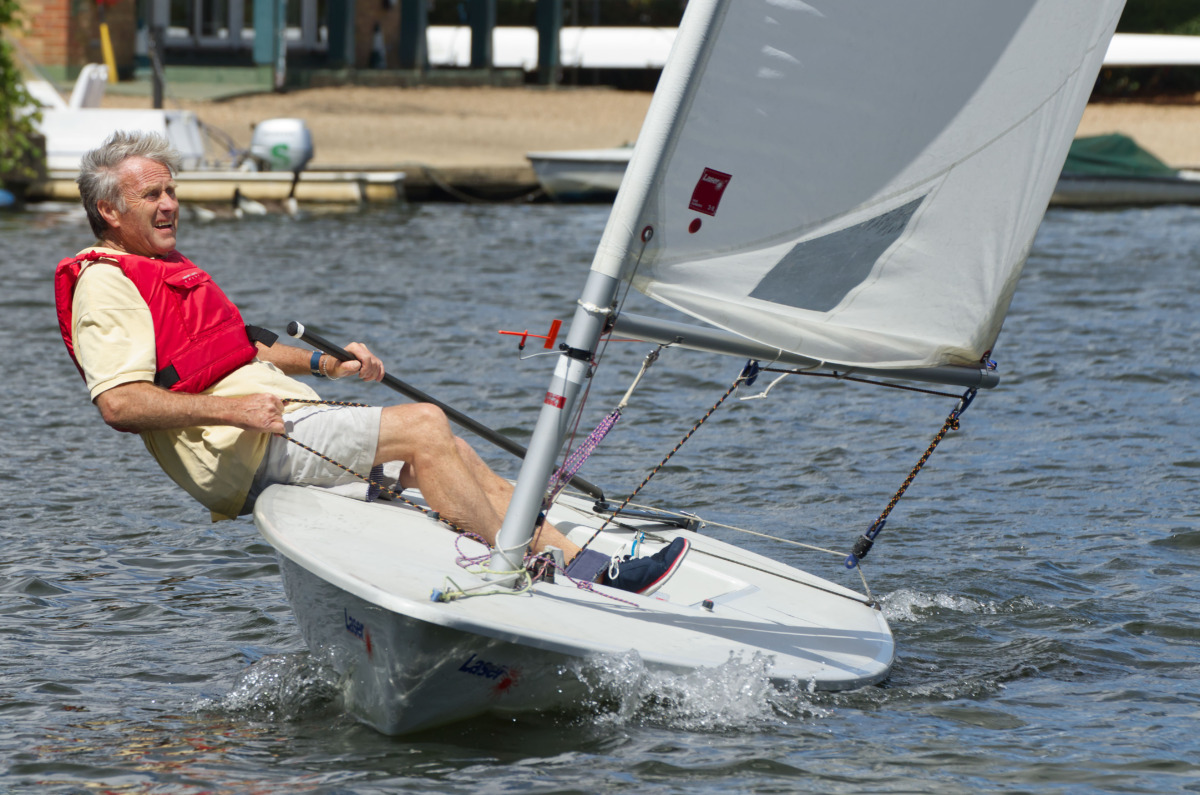 The weather had cooled down quite a bit from the heatwave during the week, and the wind was blowing quite hard from the south and gusting from everywhere else.  This caused several capsizes but no retirements.

OOD Peter Mason set a course upstream of Stevens Ait with a spinnaker run to below the club, but in sight.  Eleven boats set out at different times – slowest class starting first which was the Lasers, followed by a single Albacore, then lastly the Merlin Rockets being the fastest class.

Jon Redding lead the Lasers throughout, and was nearly caught by Andrew Harris and Sara Warren in Merlin Rocket Point Break at the finishing hooter at 1230.  Matty Valentine was first Junior in his Laser winning the Kempton Nut.

Competitors’ donations of a total of £87 are going to the Maritime Museum – home of the Cutty Sark from whence came the Bolt.

Many thanks to Peter and Rick Mason for running the box, Robin Ince and Alex Dean in the Patrol Boat.

The prizegiving took place during lunch. Peter Mason who donated the Bolt which is the only remaining original bolt from the Cutty Sark gave an amusing and informative talk about Cutty Sark, relating also to the Kempton Nut which came from the Kempton Park Pumping Station and was donated by the late Peter Simpson who volunteered there.

The planned lunch taken from the Cutty Sark weekly menu had to be postponed as Alaphia was unwell.  We hope she feels much better very soon.

Instead we enjoyed the surplus from the Summer Party the night before.  Many thanks to Chloe, Josie, Charlotte and Sophie for keeping us fed and watered.