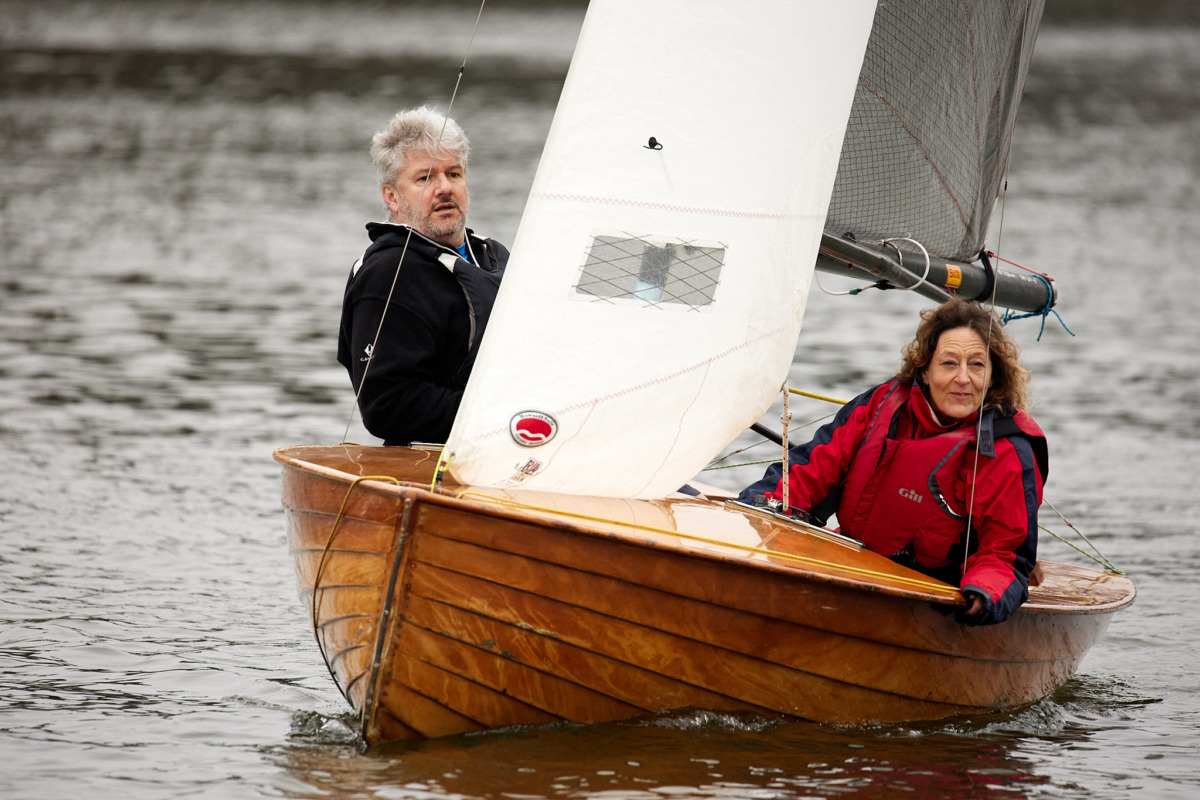 We had sun followed by cloud.  The wind seemed to follow its whim leaving competitors confused and confounded but it was good to be out on the water in the sunshine.  OOD Charlie Morgan set two dogleg courses – upstream start in the Blue race and downstream start in the White race in an attempt to make it fair.

Richard Harris and Emma Macdonald in Passing Cloud led from the start with Bambusa sailed by Peter and Rick Mason, Chimp sailed by David Baker and Barbara Adams, and Crossbow sailed by Tim Medcalf and Jennifer Falcon Hall, Avenger sailed by Ken Duffell and Natalie Greenwood and Warhorse sailed by Peter Impey and Alison Cooper all the mix behind him.  The Masons eventually came second, Tim Medcalf and Jennifer Falcon Hall third followed by Chimp, Avenger and War Horse.

The Laser race looked like it was going to be a conclusive win for Stewart Colley who had a big lead from very early on.  The last round was harder with Marcus Chavasse and Henry Medcalf catching him fast.  Henry slipped through right at the last minute, leaving Marcus second and Stewart third.  Peter Konidaris pulled through Chris Taggart to come fourth.

The National 18′ were represented by Chris Pollard and Carolyne Vines in Antedote who sailed both races.  Peter Bide joined in in his Enterprise.

Thanks to Charlie Morgan and Tim Ginn in the box, and George Barber and Toby Powell-Blyth in the Patrol Boat for running the racing.

Thanks also to Josie Wagner, Charlotte and Sophie for keeping us fed and watered.

Cover photo of Richard and Emma in Passing Cloud taken earlier in the year.