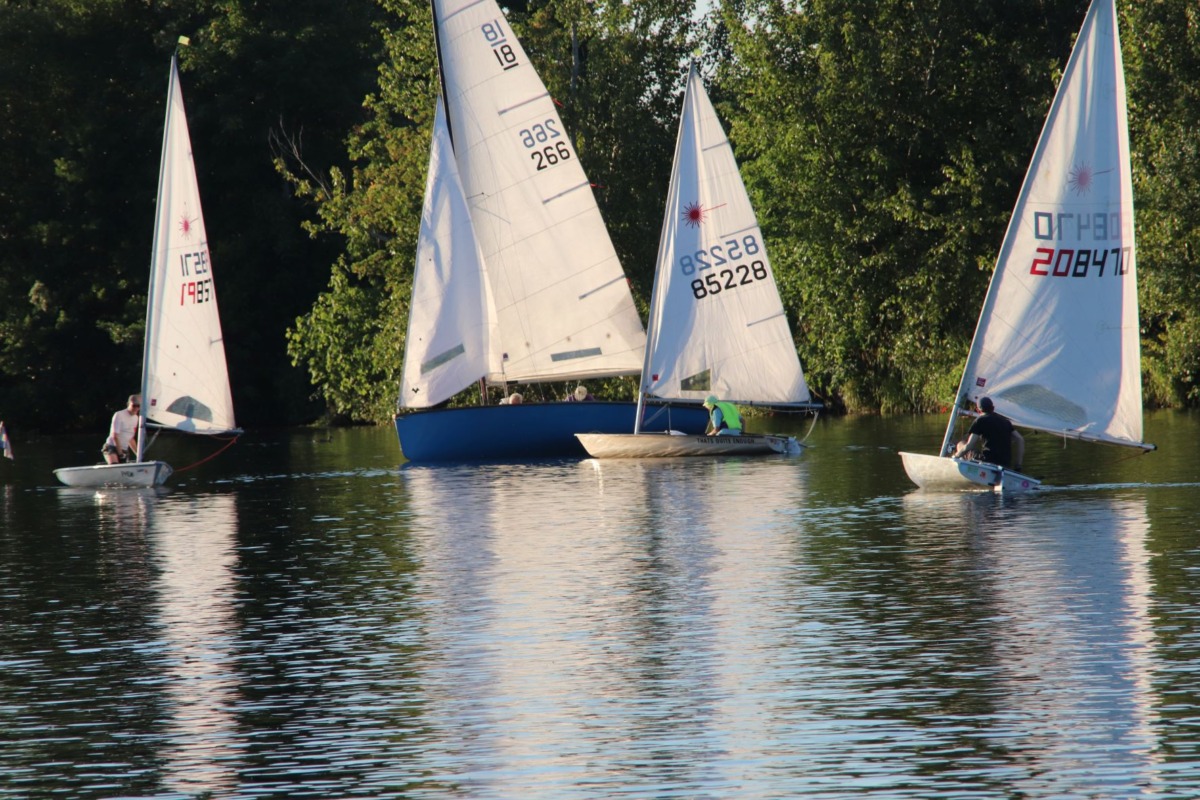 The GW Smith Trophy raced for on Thursday evenings in July and August got off to a very sunny start.  Unfortunately many of the usual pundits were away at the Salcombe Merlin week.

Six boats took to the water – one National 18, four Lasers and a Merlin Rocket.

OOD Peter Impey set a simple downstream sausage course.  The wind was light but better than expected,  fitful, flukey, and contained many holes. Mostly it came from the North 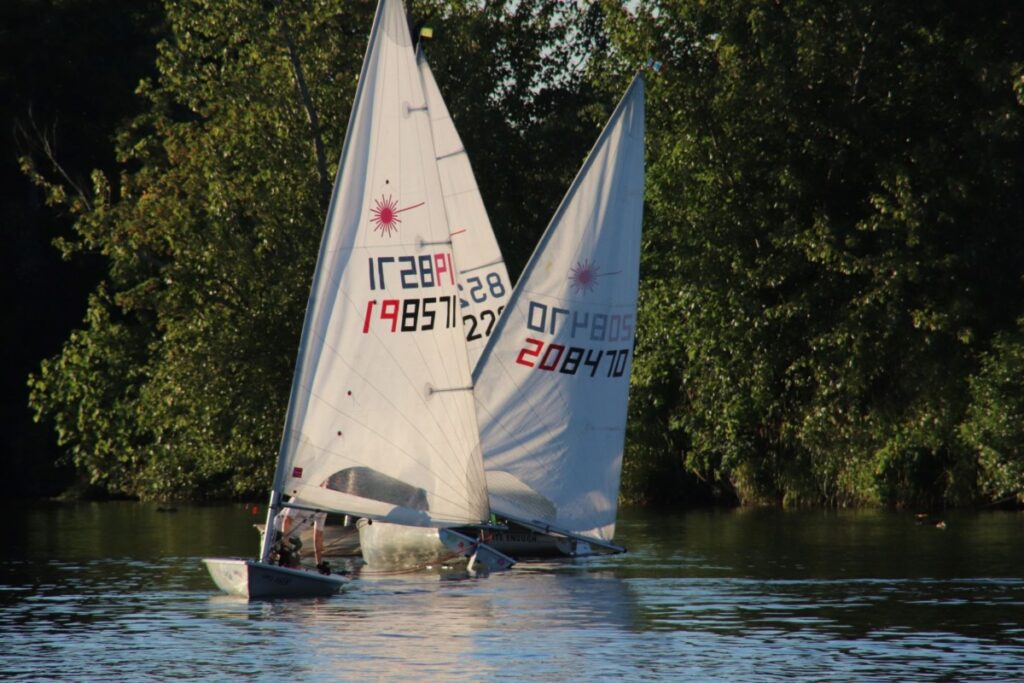 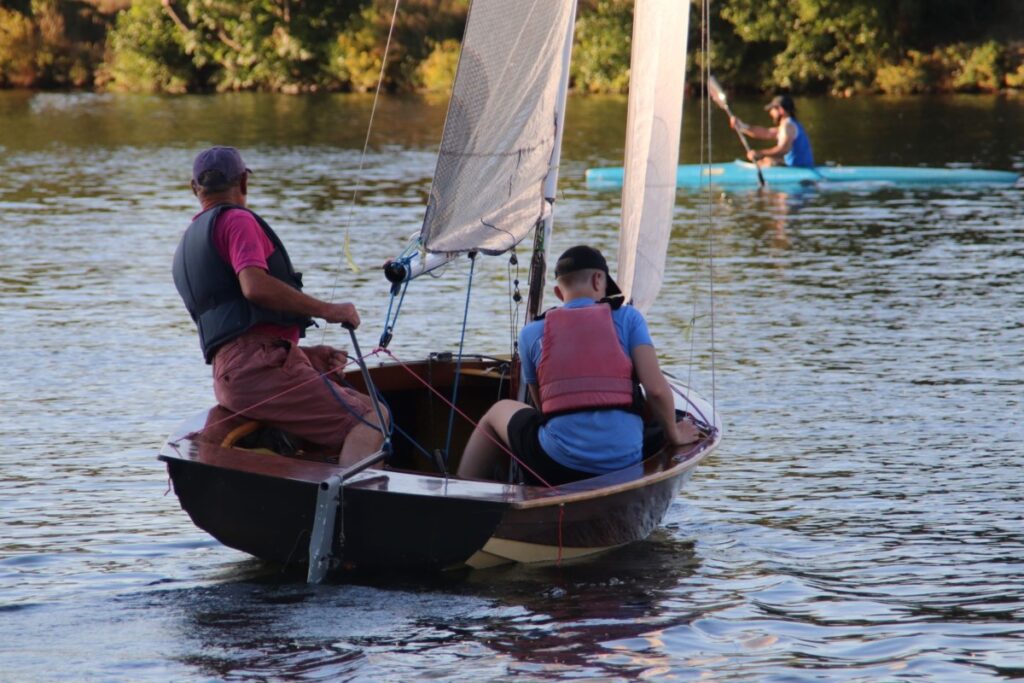 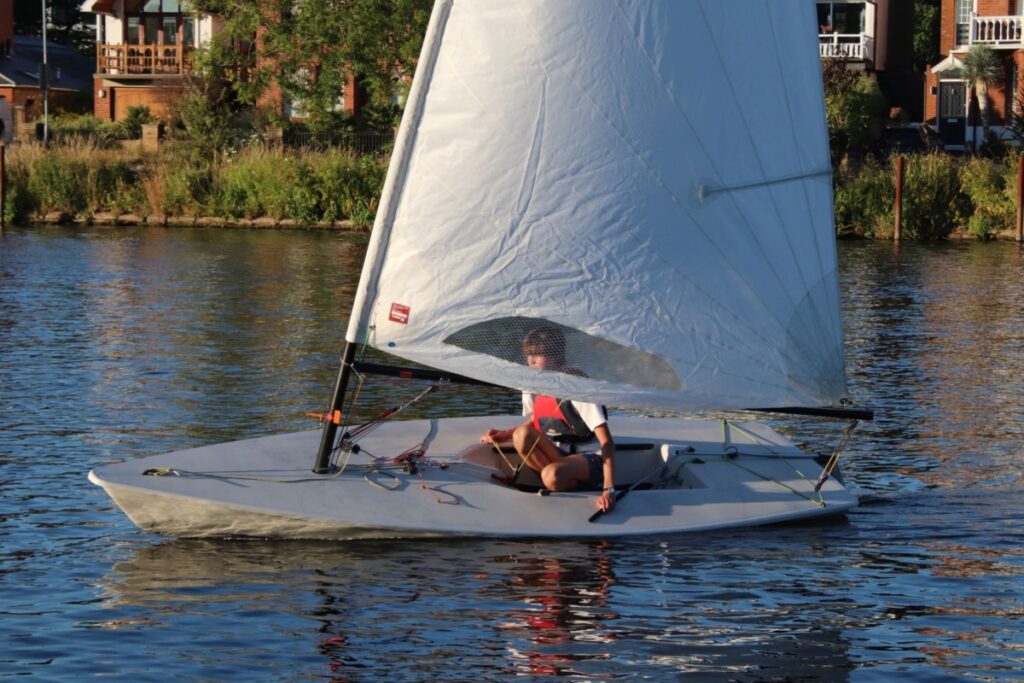 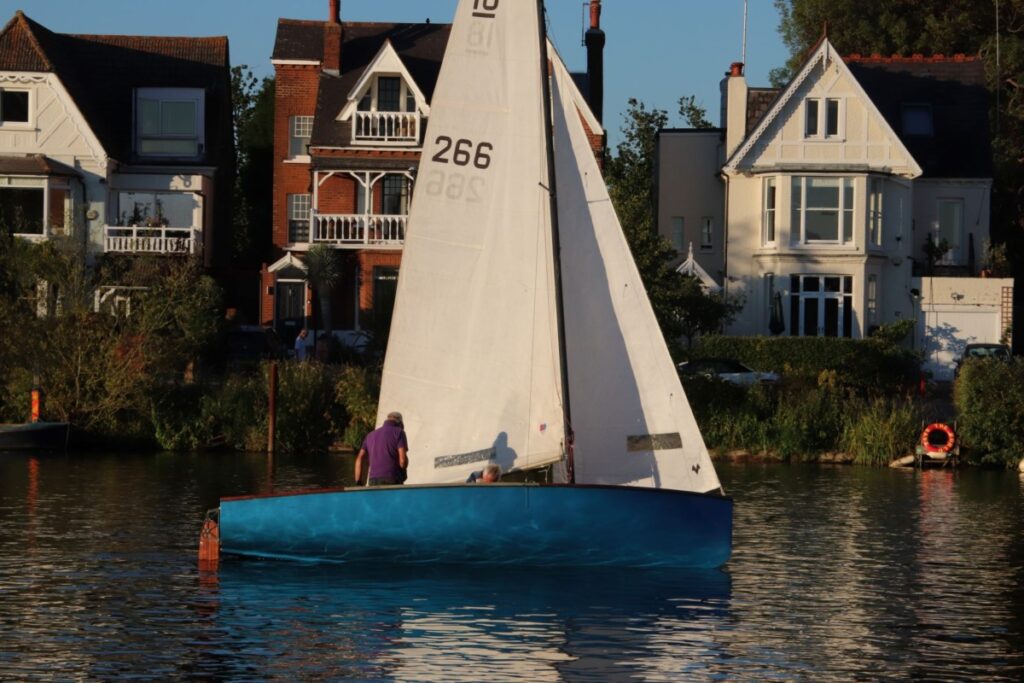 Who will win once the handicaps have been worked out?

Thanks go to Peter Impey and Alison Cooper in the box,  Patrol boat drivers Brian Corking and Holly Rosevear for organizing the racing.

Supper was served after the race – thanks to Josie, David, Alice and Charlotte