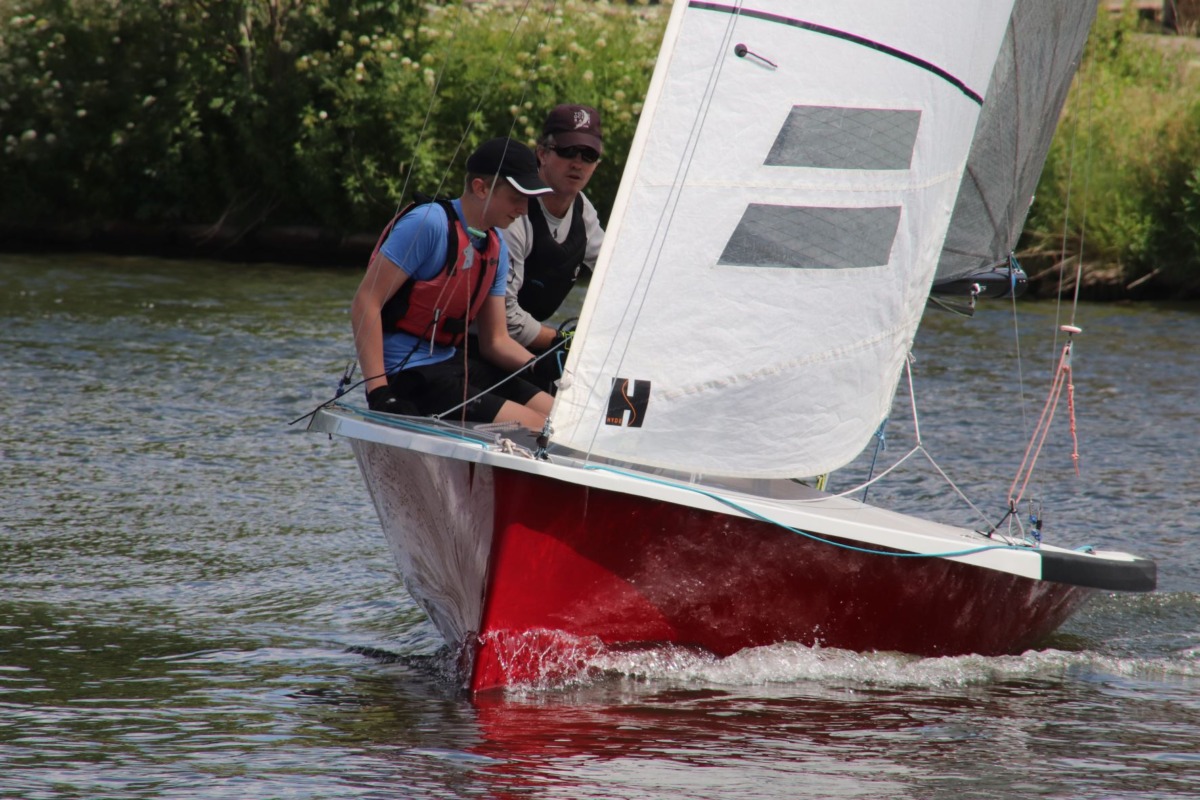 June always sees a variety of activities at Tamesis Club, notably the Centenary Cup Handicap Pursuit and the Cutty Sark Bolt and Kempton Nut handicap events. This year that left only a couple of weekends of “normal” Sunday racing. Of course, the Thursday evening Saga series is also in full flow, and this month much of the action was there.

The Laser fleet was in good force on racing Sundays, with sailors like Brendon Hills and Neville Upton returning to action. The Lasers also put on a good show on Thursday evenings, with a variety of sailors taking podium position in the handicap racing. Peter Johnson, Ros Warwick-Haller and Stewart Colley were in the points, with Jon Redding and Alastair Banks both registering wins on handicap in the month.

The dominant performances in the month were from Andy Harris (in Crescendo, crewed by Tom or Nim Harris on Thursdays and Matty Key on Sundays), with three podium finishes in the Saga series and a win and second place on Sundays. On top of that, Crescendo also took the Centenary Pursuit cup on 2nd June.

Another June standout was David Baker (in Chimp, usually crewed by Barbara Adams) with a first and a second in White series racing, and the same in the Saga series.

While Charles Fox and Robert Blakeborough in Genevieve helped themselves to the available series points throughout the month, the fireworks really came from Matt Peregrine-Jones and Chris Martin in Optimus Prime. Sailing exclusively in the Saga series, the team registered two wins and two seconds.