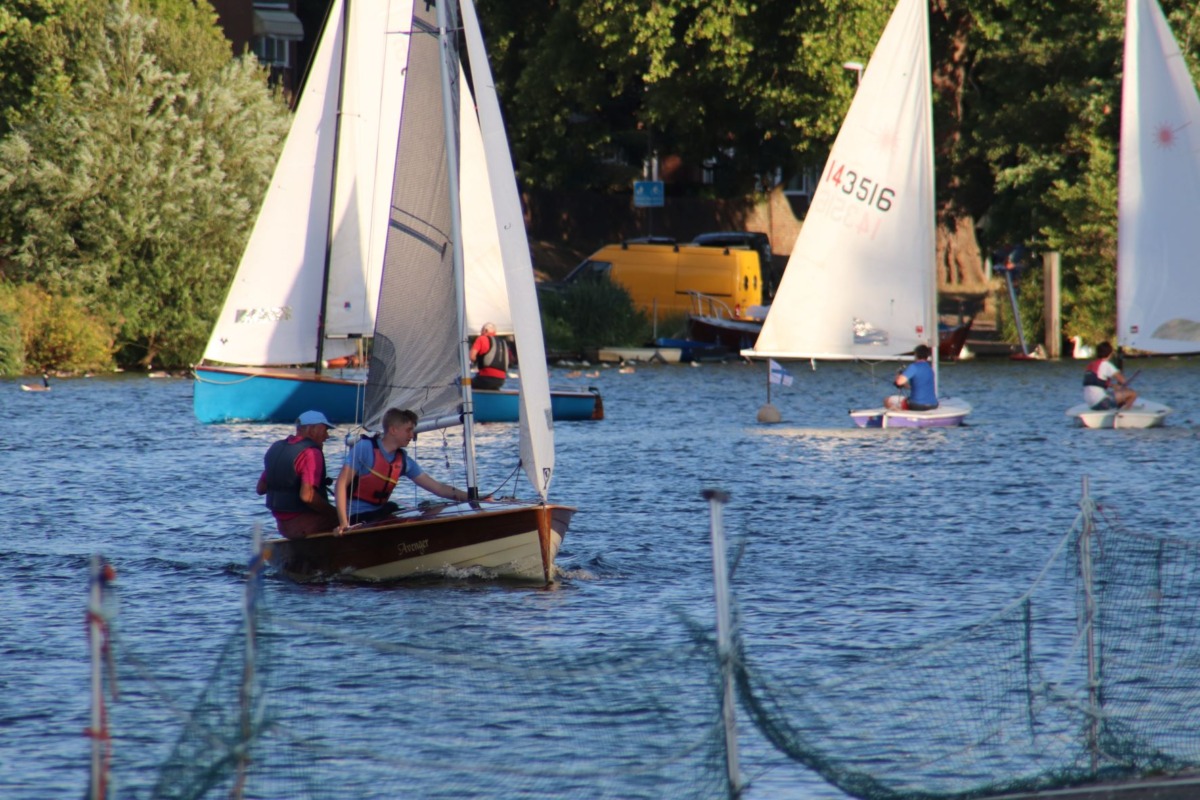 Perhaps the forecast of a drifter put people off, but the reality turned out to be a cracking North North Westerly breeze and loads of sunshine.

The Solid Six who turned out had a great beat downstream and run  back up to Canbury Mark placed not far from Stevens Ait. 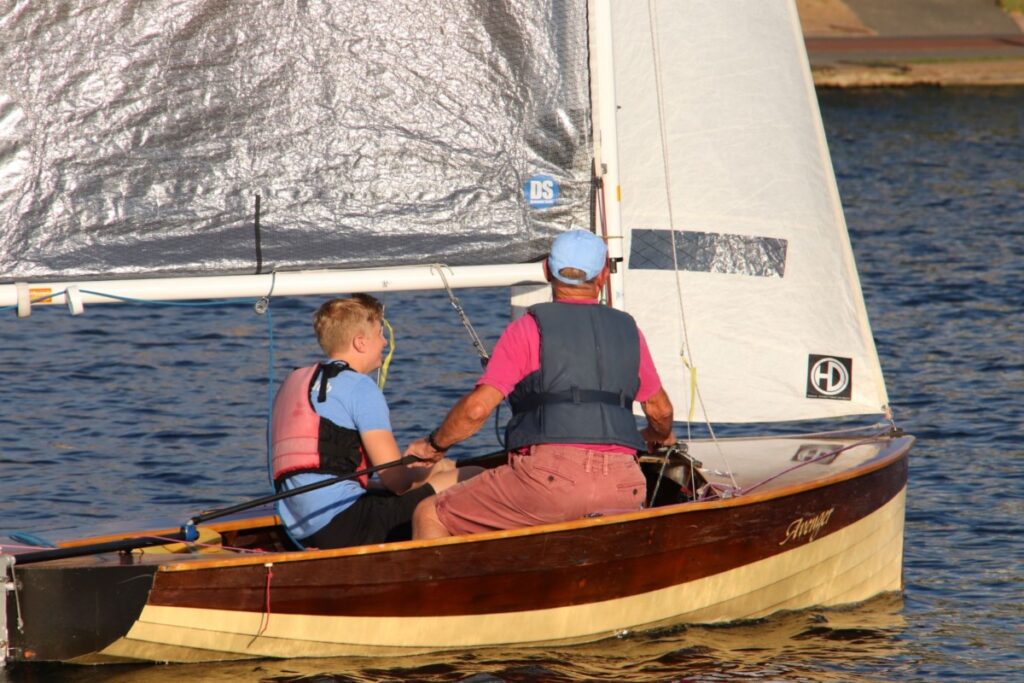 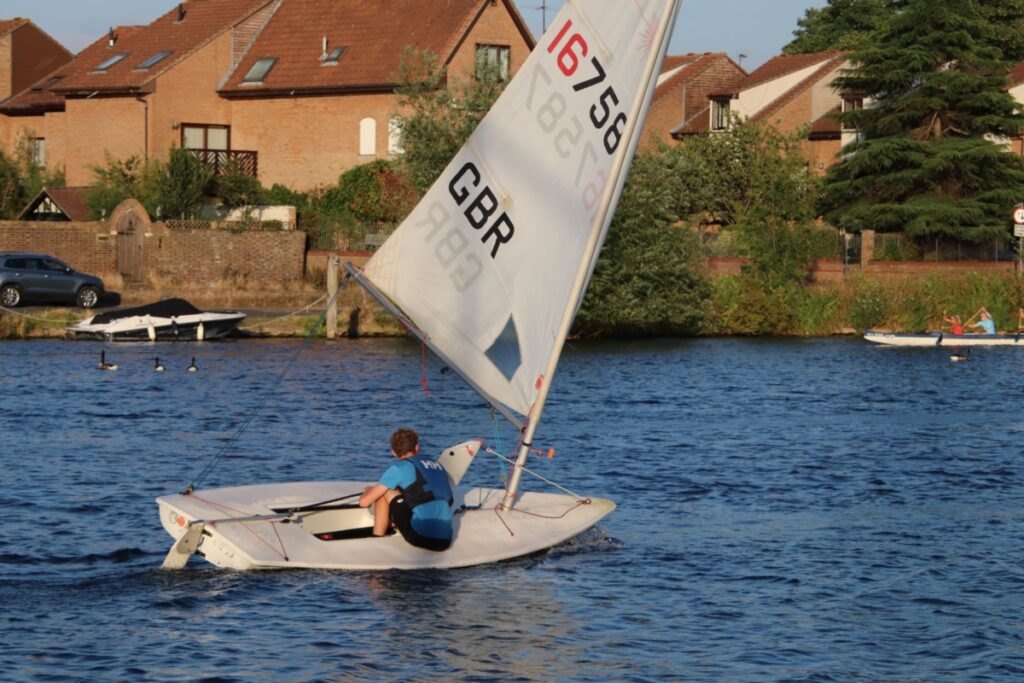 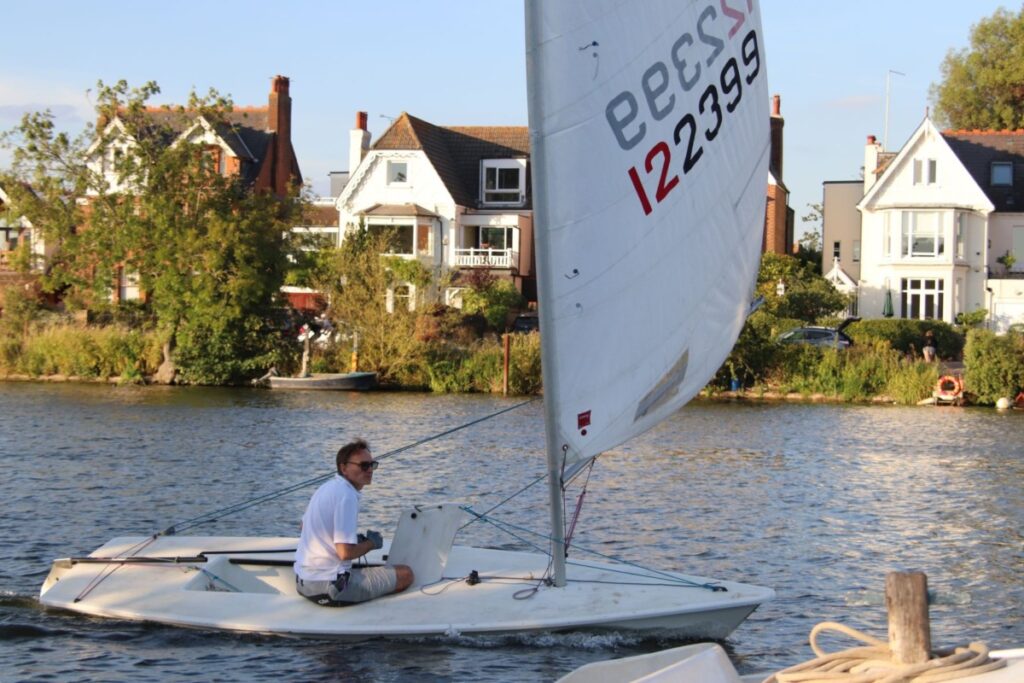 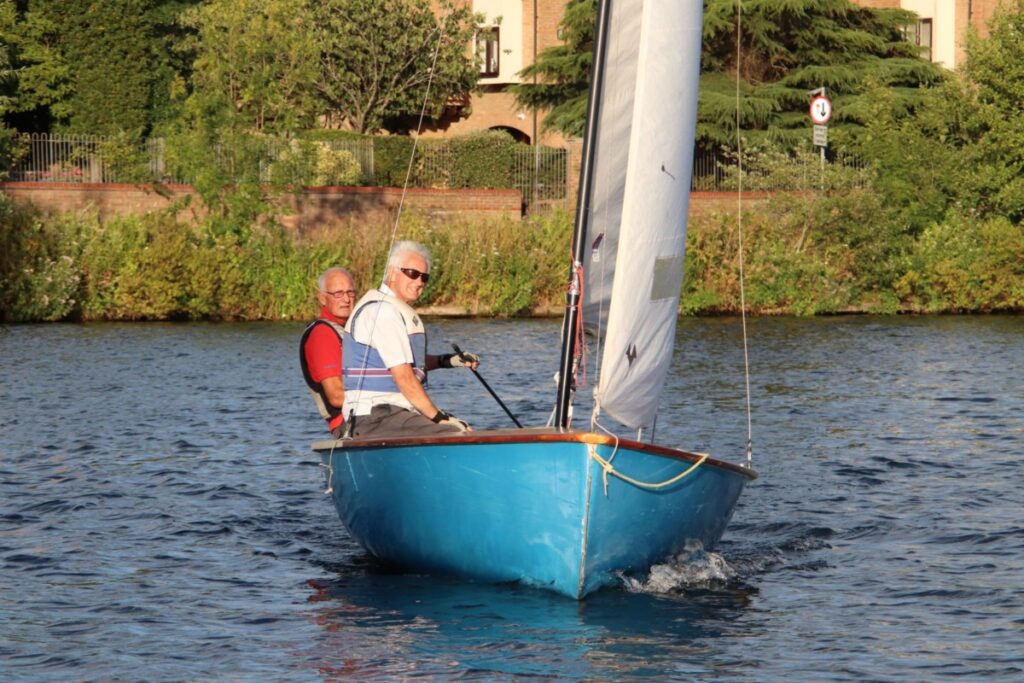 Ken Duffell crewed by grandson Matt Valentine in Merlin Rocket Avenger led most of the race with Matty Key in his Laser giving Ken a fright at the end of the second round leading by a second.  Charlie Morgan was also in the mix but it was Charles Fox and Robert Blakebrough in National 18 Genevieve who crossed the finishing line second.  Henry Medcalf and Alexey Anatskiy made up the rest of the Laser contingent, also enjoying the perfect conditions. 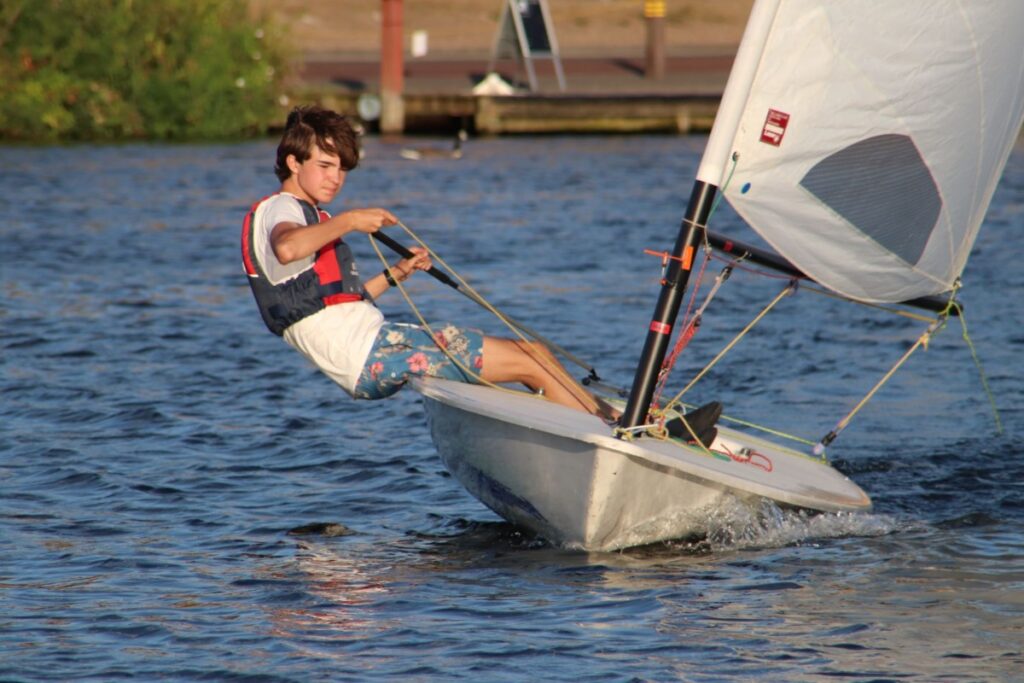 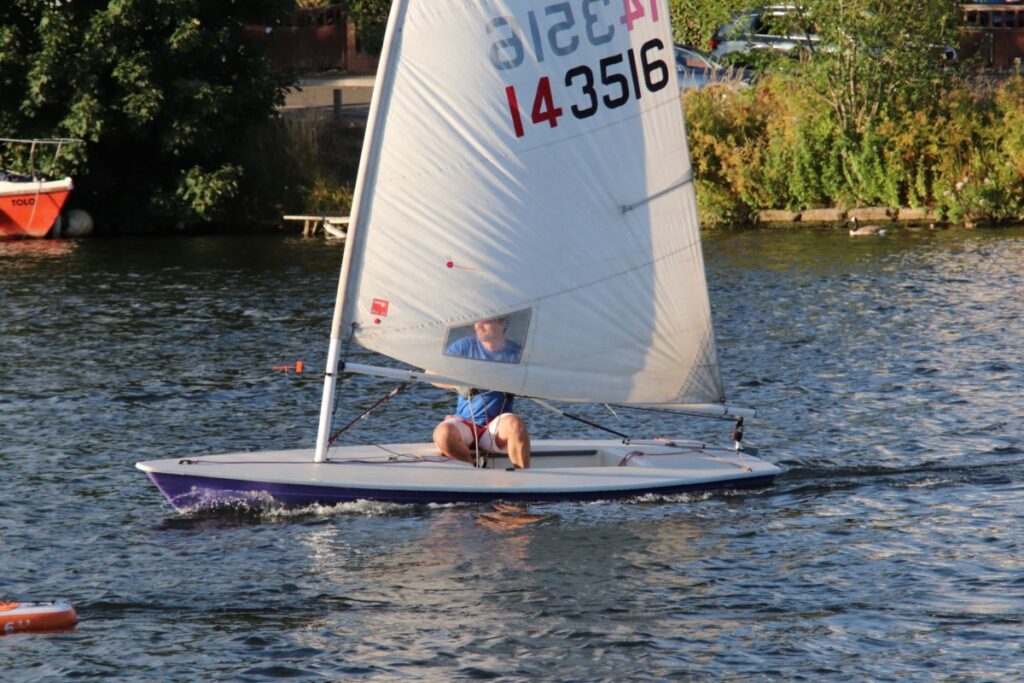 It will be interesting to see how the handicaps affect the finishing positions, bearing in mind that the National 18s always start two minutes after the other classes.

The spectators and competitors adjourned to the clubhouse afterwards for a welcome drink and quiche salad followed by Eton Mess.

Many thanks to David Baker and Jim Green in the Box and Ellen Schwartz and Jim Hamilton in the Patrol Boat.

Many thanks also to Chloe, Josie and Lara for keeping us fed and watered.